We were all up and off early through Cropredy Lock to the facilities area by the winding hole to take on water and dump stuff. We are sort of eco friendly as everything in the cassette gets flushed down the elsan everything else goes in the skip.There was a C&RT barge tied up in the winding hole but they stopped filling with hard core while we tied along side long enough to fill the water tank and get rid of the dumpables. The tap has good pressure and by the time I'd emptied two cassettes the tank was overflowing.

A slow bimble down to Bourton Lock, today the lock crew jump off and on as the locks are too far apart for Betty to walk and Sue's ankle. The Cherwell river follows along this stretch adjacent but not seen. The peaceful harmonious sounds of the natural world are slowly overtaken by the distant sound of traffic, this is the real world rushing along the M40. Once we are under its tarmac topped concrete bridge the din subsides as surely as it came.

We moored in the centre of Banbury to do some shopping, in BHS we bought three T-shirts for me and two tops for Sue total £26. Had a look in Debenhams one similar T-shirt apart from a fish picture on both the front  and back is £28, this pair of pensioners know how to shop ! We had a pasty lunch from the Cornwall pasty company and eat it in the square.

Leaving our mooring in the centre of Banbury, Sue raised the pedestrian lift bridge too early for one tutting local, she wound it back down to let the lady across before raising again to let  FL through.

Again we pass under a M40 bridge, the M40 has been likened to a kick in the nadgers  of the Oxfordshire countryside (it won't be the last time this motorway crosses our path). Once  through Grants Lock we moor with a view of King Sutton's church spire. NB Muleless is moored a couple of boats behind so I wandered down for a chat with the amiable crew of Gary and Della. 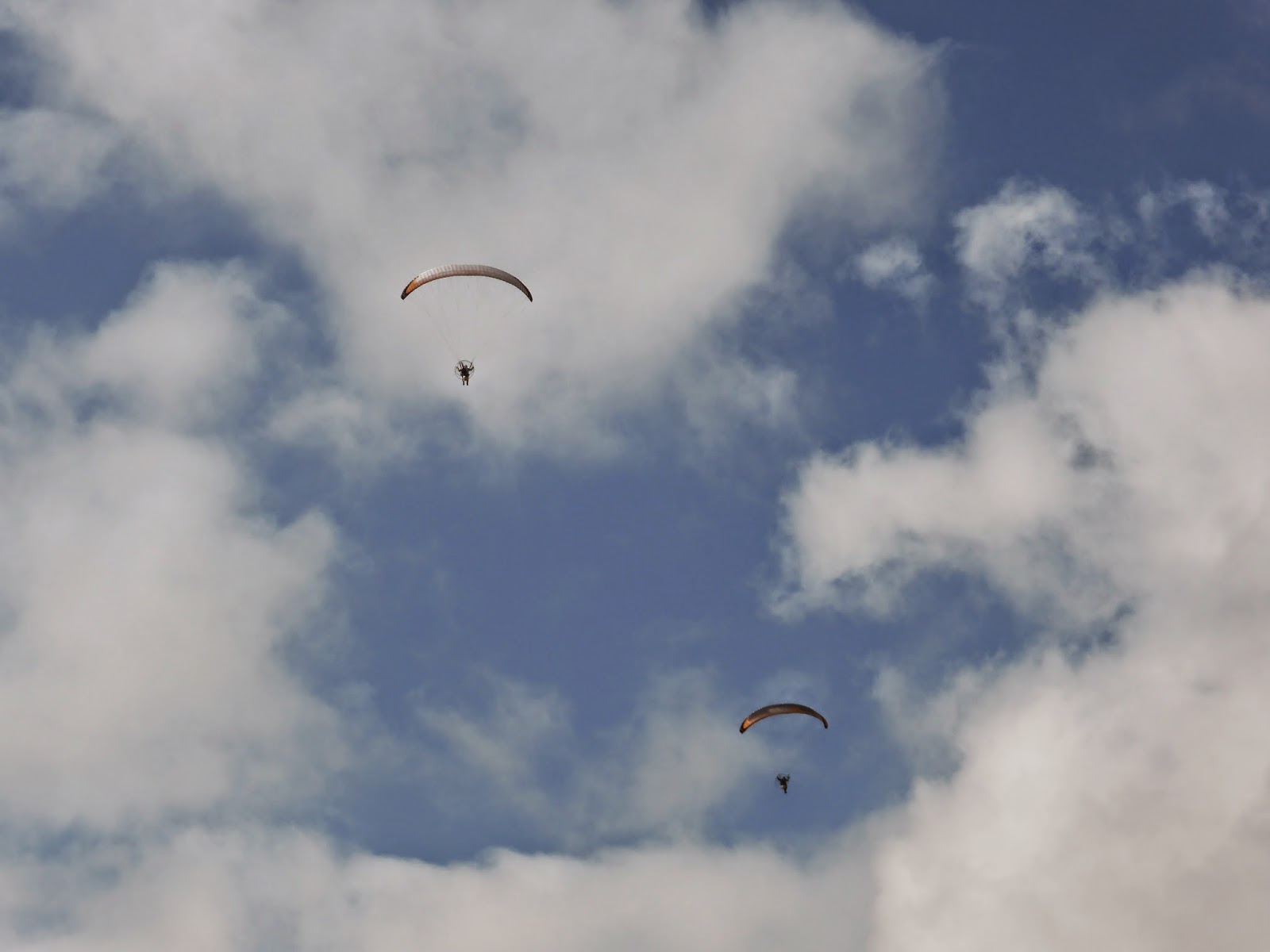