Set off at 10:00 straight into the first lock of the day, in the continuing heatwave. Sandford lock is the same depth as Teddington lock at 8'10" the deepest locks on the Thames. Through the lock and we are cruising through delightful wooded areas. The large frontage of Radley College Boathouse is passed to starboard then more wooded areas under Nuneham railway bridge and as we approach Abingdon there are some fine expensive riverside property's to port. Abingdon is it's usual busy self with only a few moorings left. 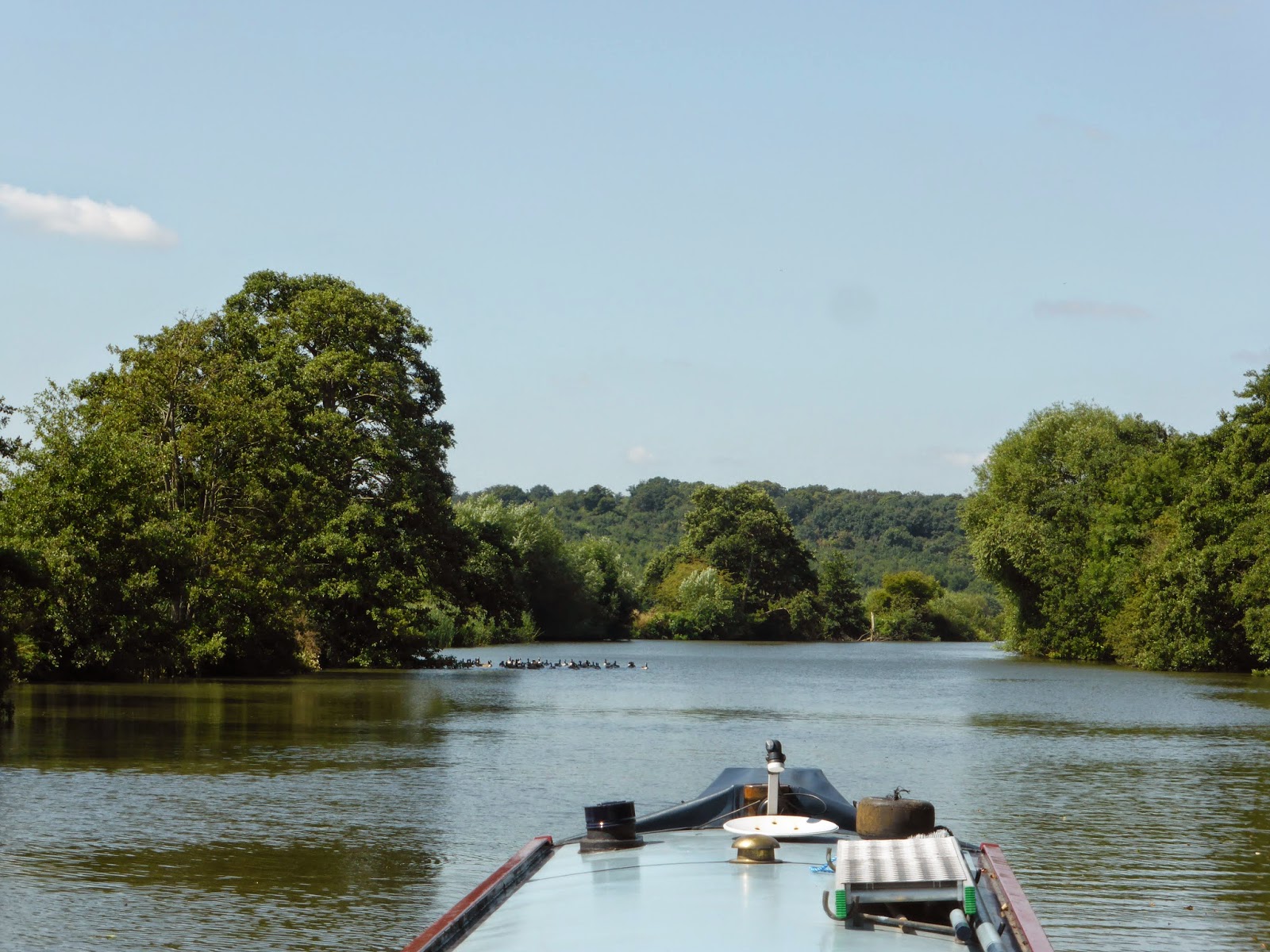 In Abingdon lock we purchase some bog blue from a passing boat trader. Once through the centre we pass a sailing club and Abingdon marina to starboard. then we are back in the woods once more. As you approach Culham cut it's difficult (without a chart) to see which way the channel run's, straight ahead is the red danger sign for the weir, it's not until you get close to the turn that you see the channel marker pointing sharp left.

There is already a small fibreglass cruiser in Culham lock, as we pull in behind, the skipper calls out "Don't come in any further"  he had positioned his boat across the steps with 10 feet clear in front of his bow. "Sorry mate I'm over the cill at the back, move up". "But I always use the steps to get back on my boat" .. " Not today friend move along"  The lock keeper came around and explained he couldn't open the sluices while FL was overhanging the cill. ..again the same mantra "But I always use the steps to get back on my boat" after a few more exchanges he reluctantly agreed to get on the boat and allow the lock keeper to pull him forward. When the gates finally opened he roared of in to the distance where we met him again at the next lock. From Clifton lock the river takes a broad sweeping right hand curve to Days Lock we moor up on the bank before the lock, opposite the pill box.

Once we were moored up we all walked into Dorchester through fields of wheat, allotments and a group doing an archaeological dig on a Roman site. The Fleur De Lys was closed so we had orange juice, lemonade and Brakspear in the George hotel before buying a few provisions in the local store on our way home. That was quite a distance for Betty to walk especially in this heat, tomorrow I'm going to encourage her to have a slow amble up to Wittenham Clumps to enjoy the view. 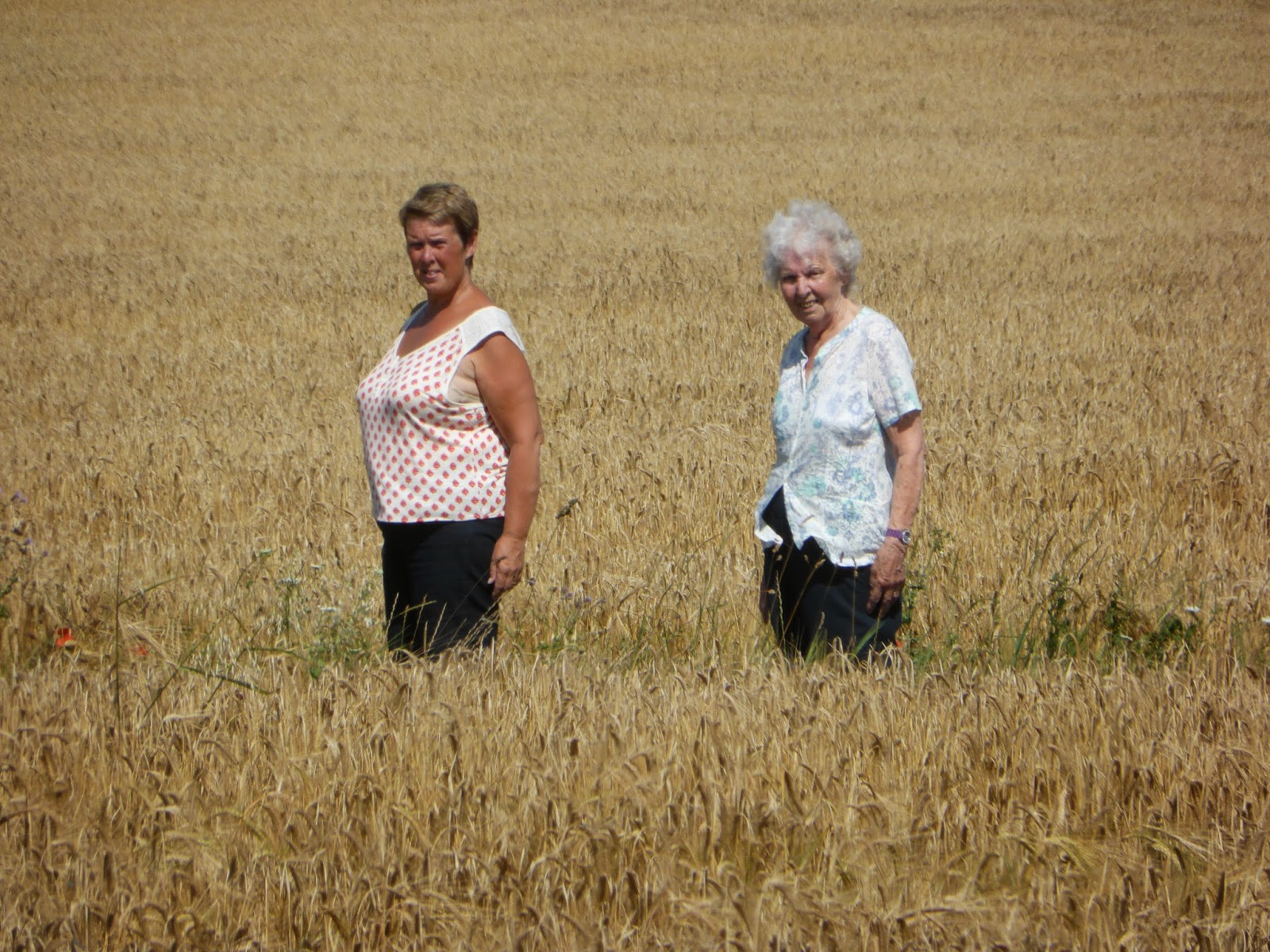