Back in the early 60's Almeria was the film location for the so called spaghetti westerns, the dollar trilogy were my favourites. Every kid with a cap gun wanted to be Clint Eastwood.

We ended up at Texas Hollywoods Fort Bravo an hours drive away at Tabernas, still a working film set, an episode of Doctor Who was filmed here in 2012.

A bar room brawl, cancan dancing and shoot outs with mean looking cowboys was the entertainment, I liked it all, Sue not so much. 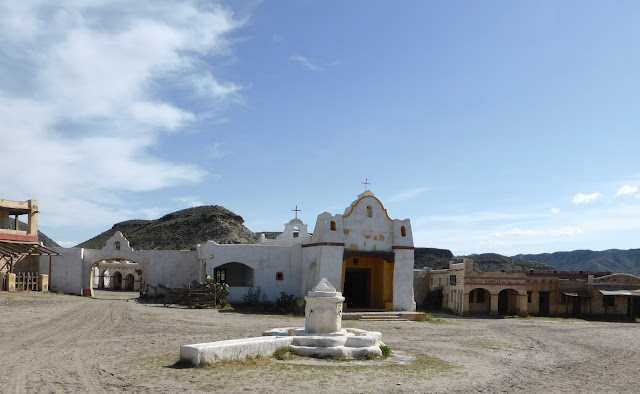 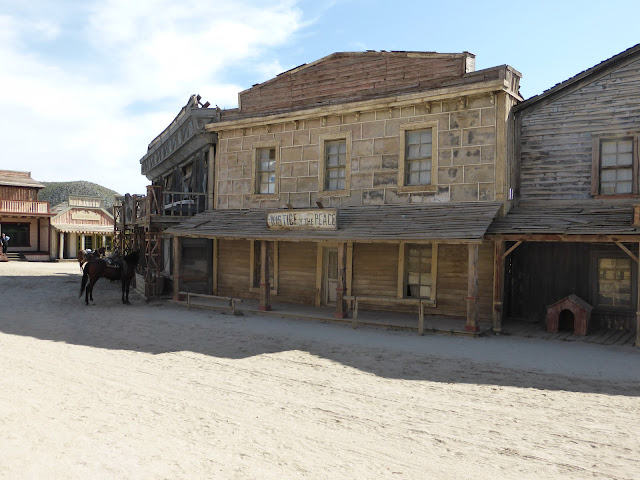 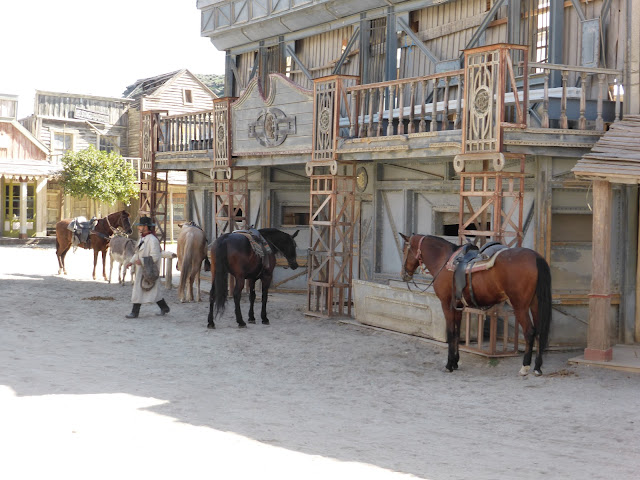 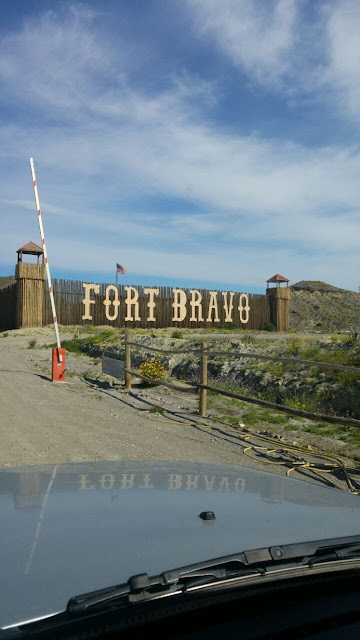 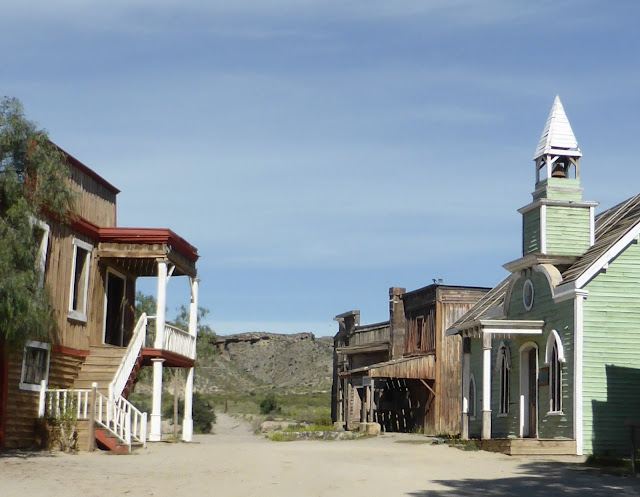 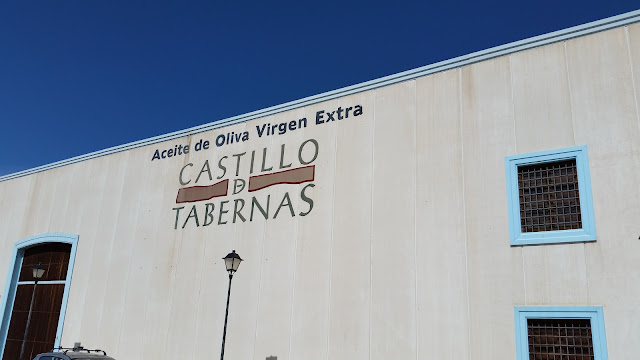 On the way home we stopped at a olive farm to sample and purchase a few oils to take home with us.

Four of our boating buddies are heading back to the canals this weekend, we will follow on shortly. We are not going to do the long drive to the Chunnel, we have booked the ferry to Portsmouth from Santander.
Posted by Andy at 01:07 No comments:

We took a 5 hour drive to be tourists for a couple of days in the capital of southern Spain's Andalucia region.


What a great city, it is a tourist hot spot these days through it's architecture including palaces and cathedral, many plaza's, flamenco dancing and tapa's bars, but in it's heyday it was a major trading port. 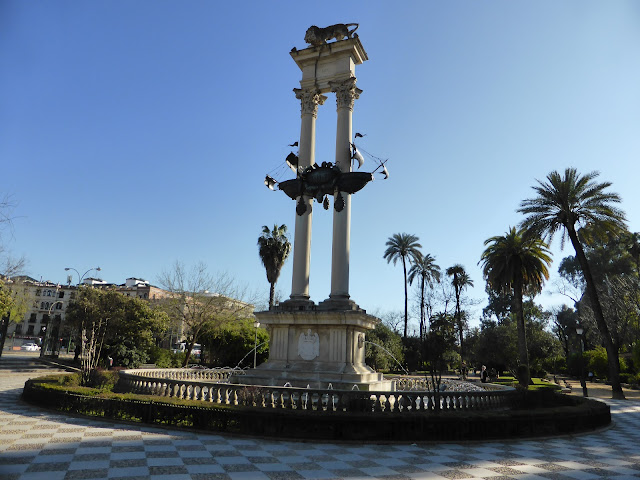 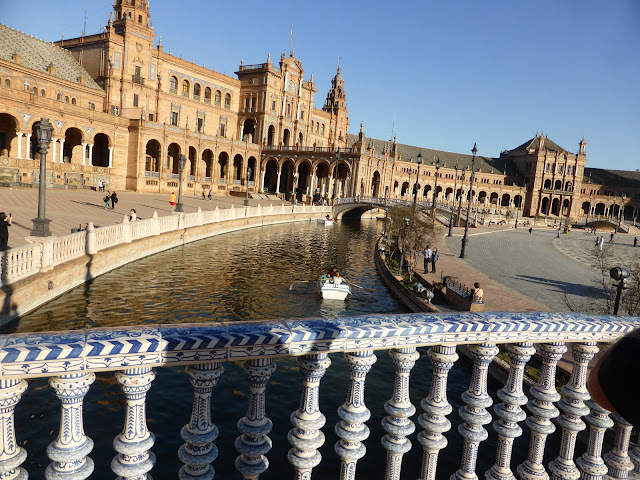 Wealth, gold and silver flowed in to the city following some of the great Spanish empire expeditions to the Americas- the bloke England sent across the Atlantic only came back with fags and spuds! .. bit of history for you there. 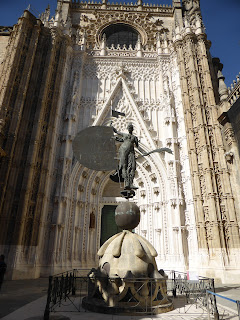 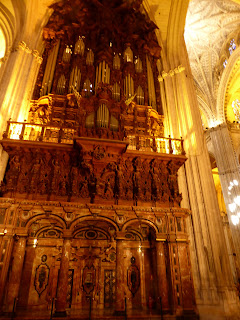 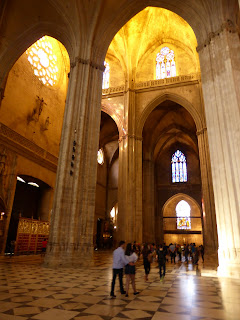 Sevilles hop on hop off bus is a good way to see the cities main attractions so we made good use of it. 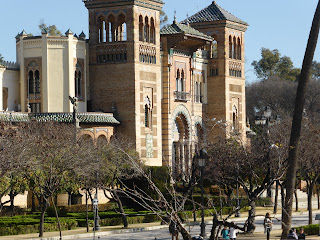 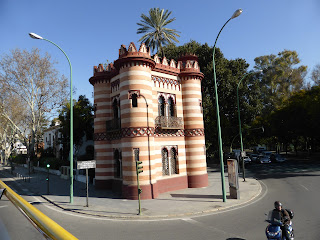 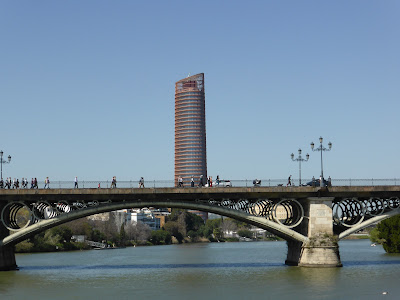 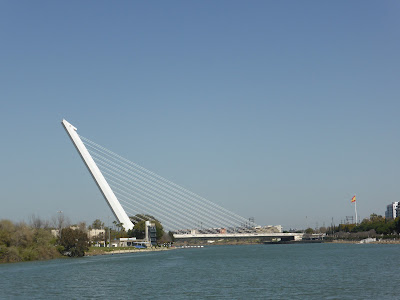 We had a guided tour of the Seville bullring & museum, love it or hate it, it is part of Spanish cultural heritage. 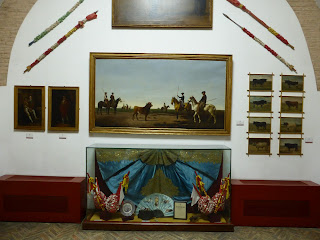 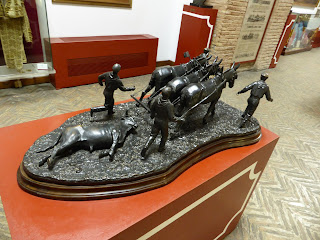 We managed to get a quick look around our last tourist location, the Real Alcazar's palace rooms & gardens before it closed for the day. 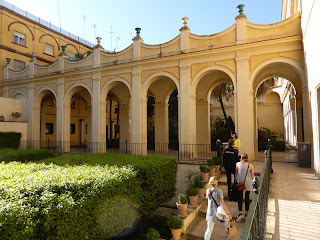 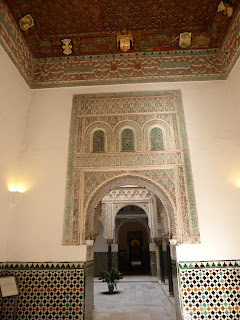 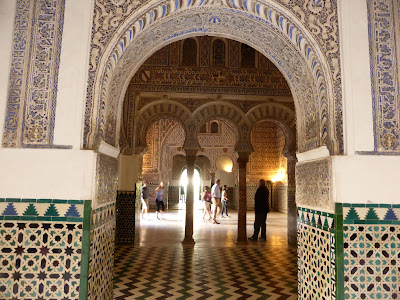 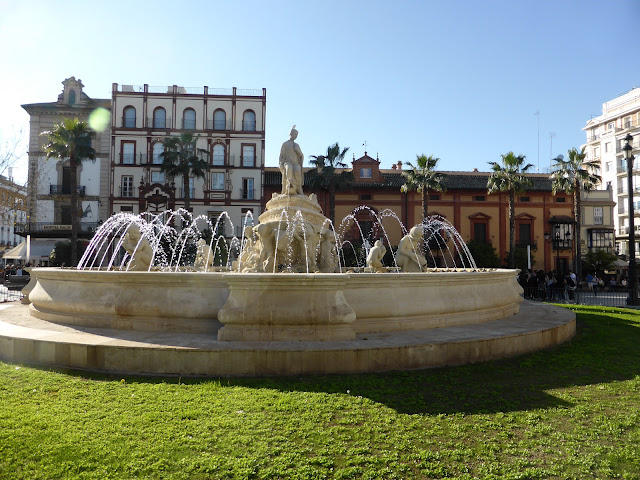 We stayed in the heart of the old city, the Hotel Juderia which was difficult to find in the maze of narrow streets where satnavs become useless at picking up a signal, I ended up parking up and grabbing a hotel porter to show us the way.

The Hotel is spread over several buildings, passages have been tunnelled under the streets to connect them. 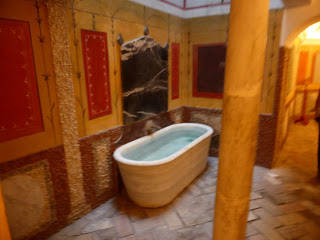 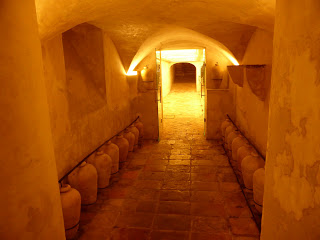