We have been getting some chores done over the past 6 days while in our steel isolation tube. Spring cleaning inside and out, brightening the brass bits and getting all those jobs done that are usually left on the back burner while out cruising.  I'd like to get some painting done but it's not quite the weather for that yet. We have had some glorious sunny days but frosts at night.

C&RT have advised only essential travel by boat is allowed, so we may be in the marina for longer than we intended. Some boats on the canal are moving out of necessity, to fill freshwater tanks, use the dumpable facilities and get fuel.

Boris has been slowly ramping up restrictions, but he doesn't appear to be getting through to the general public. In times of crisis, we need a statesman for a leader, big fibber Boris in his ill-fitting shirt, unkempt hair and bumbling manner just don't cut it.

Standing on the rostrum next to the intelligent Rishi Sunak and smooth Matt Hancock, Borris would be the last pick for guessing which one was PM.


NHS is battling at the sharp end of this emergency, our wonderful nurses are in there daily tending to the worst of the virus until they too succumb. It's about time they were paid there worth. How a part privatised disjointed health service would cope we can only imagine, with BJ and his backers at the helm I think we will find out in the future.

The irrational fear that caused panic buying is hopefully slowly subsiding, the delivery services of all the major supermarkets are creaking, it's very difficult to get a delivery slot, It took 4 days of trying to get a slot for Sues mum.

Here in the marina, we all remain healthy, the gates have been padlocked to prevent casual callers, the marinas extensive grounds are popular for dog walkers. The usual boater gatherings at the end of pontoons with chair and bottle are not happening, social spacing is being observed.

Right, I'm off for another game of ludo.


Eight o'clock in the evening it seemed the whole of Bilbao were out on their balconies clapping their appreciation of the emergency services, Sue joined in from behind our hotel rooms locked window.

We got a late checkout and left the hotel room at 15:00 for the twenty-minute drive to the port for the 17:15 sailing. 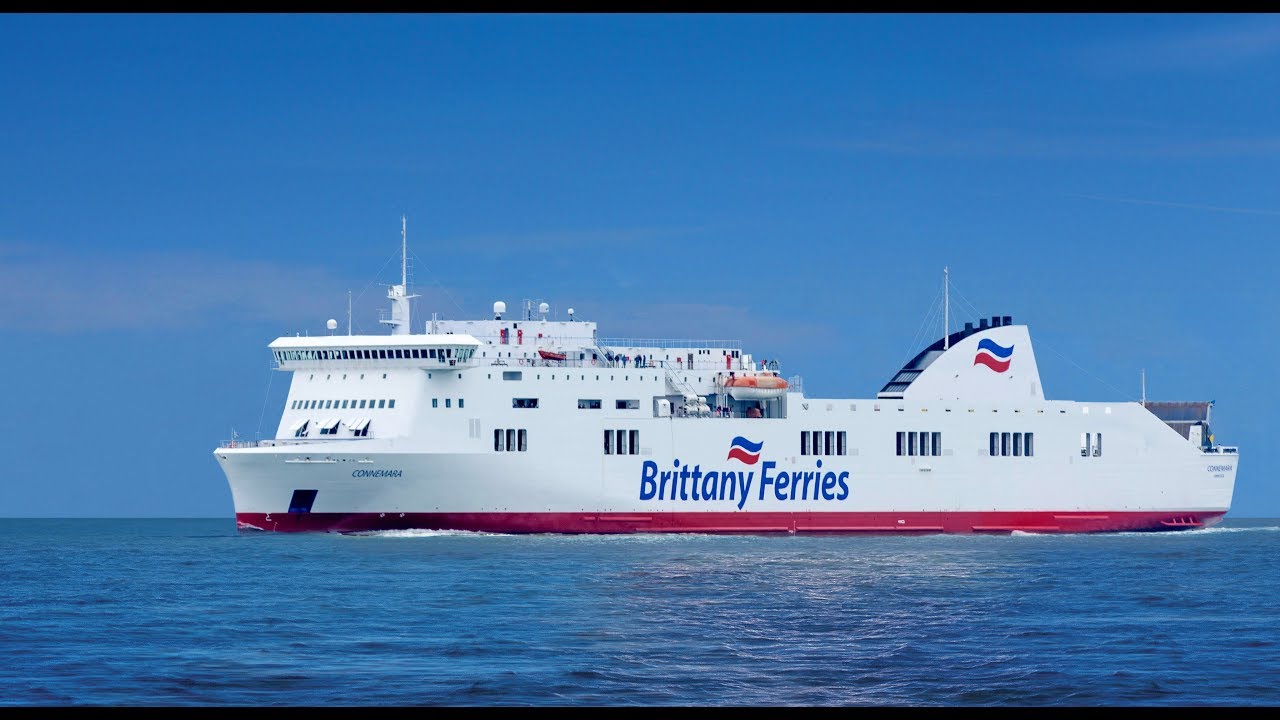 Our boat, the Connemara, is BF no-frills economy service, I was impressed at how they handled embarcation so social distances were maintained, meal times would also be segregated but once in our cabin (all ensuite) we didn't leave it. 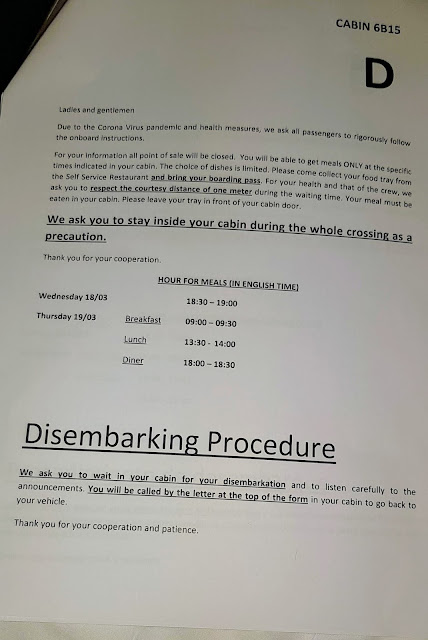 We were second to last off the boat and it took an hour to get through border control, which got us to Dunchurch hotel in Rugby gone midnight.


Any other guests must of been self-isolating.
In the morning I dropped Sue off at the supermarket while I went and jet washed salt of car, it had been on the open rear deck during the crossing. Sue got everything we needed but there were empty shelves where the pasta and rice should have been 😠

Welcomed back to the marina by staff and friends, sensible precautions are in place here to try to protect staff and moorers. The marina's bar and restaurant are closed in line with government orders, they are opting to do a takeaway service, last night we partook of the fish and chips for a fiver. Our daughter has ordered us a takeaway Mothers day meal for Sunday too.

So here we are back on the boat coals are lit, and we will self isolate here as much as is possible for the next two weeks.

Since I wished you a merry Christmas we have been on our annual winter pilgrimage to the sun drenched Med.

It was cut short somewhat as the authorities placed us all under house arrest so we could stay virus free, we were allowed to go bog roll hunting in the local supermarket and shopping for other essentials. To make sure we stayed in they have closed all gathering places - the beach, paseo, bars and restaurants, oddly hairdressers could remain open. The gestapo were patrolling the streets in loudspeaker vehicles hailing the balcony brigade to stay put or face the consequences.


In the Spanish supermarkets the first items to be bulk bought by scaredy cats were pasta and rice, the same happened in Britain. Why?! If I fancied going on a panic buying trip myself I'd head straight to the pie aisle, pork pies, cornish pasties, and Fray Bentos tinned pies, then on to raid the freezer aisle for fish and chips and Aunt Bessies Yorkshire Puds.

Hopefully all the selfish panic buyers will take excess stuff to the food banks after they realise food production/distribution isn't going to stop because of coronavirus. What happened to the British stiff upper lip.

As a result of the emergency measures we decided to bring our departure date forward to 'Paddy's Day'.  Listening to the panicked voices of Sky News presenters we heard of travel permits having to be sourced, borders closed, police blockades and the military turning folk back around at Madrid. We did the whole journey to Bilbao via Madrid in 9 hours and only saw couple of police officers, going about their usual duties. There were signs on all motorways saying only justified journeys allowed.

We stayed a night at the Ibis, no food outlets are open during the emergency, the kitchen made us a carbonara, pizza and a salad which we had to collect and take back to our room with a couple of bottles of San Miguel.

Brittany Ferries have just announced that they are stopping sailings between Spain and UK from the 20/3 till the 12/4, so lucky we moved when we did. BF have told us all outlets onboard will be shut, bring your own food and drink, we will self isolate in our cabin the whole 26 hour trip.


On a serious note we planned to drop in on Betty my outlaw on the way home but have decided best not to, she is very relieved. Which brings home to me just how scary this situation is for the elderly.
She received a Tesco delivery today and a few essentials were out of stock!