since playing for my local pub in Shepperton twenty years ago, I wasn't very good, only turning up to make the numbers up and feast on the spread each landlord laid on for the travelling & home team,  a sort of sub- competition ensued with the licensees trying to out do each other in the gourmet stakes. Pizza, roast potatoes, chips. sausages pork pies and other assorted nibbles being normal fare for the Wednesday evening matches.

The Emerald Isle was short of a player, I was happy to be drafted in to play in the inaugural match at the (new) Rose & Crown, some free fodder would surely be laid on for the players.

Nothing, nada, not even a peanut or crisp made it to the tables near the oche. 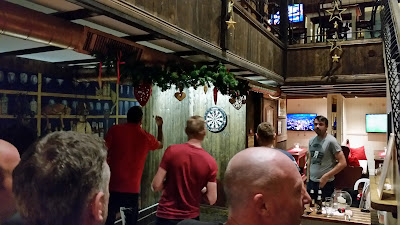 It was still a fun night, luckily I was drawn against their bloke who, like me, was hoping for free nosh and making up the numbers, I fluked a 2- 1 victory.

Emerald Isle won the match and there's talk of a re-match... I'll take a lunch box. 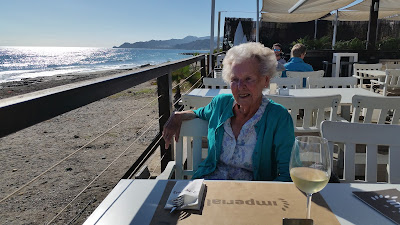 Betty is enjoying her self, has a tan already and has been doing quite a bit of walking with the promise of a medicinal Chardonnay. 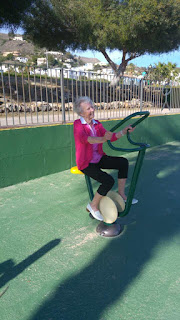 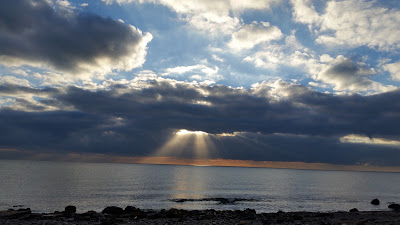 By the light of a silvery moon.

You'd be forgiven for thinking the below picture is of the sun when actually it is the moon.(taken on the 10th December) 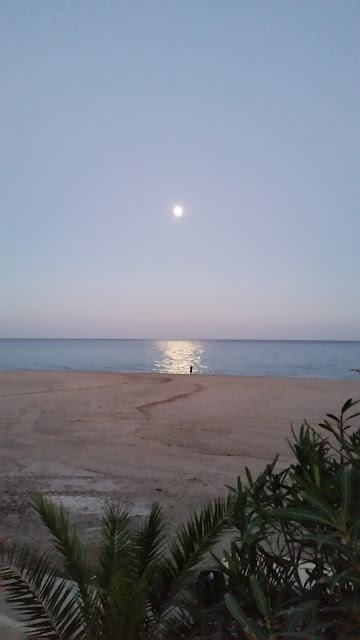 We've left Spain for a few days to collect Betty the out-law and take her back to Spain for Christmas. I know I'm a saint..... although now I wished we had kept the apartment up heart attack hill - she could have been imprisoned up their until her return to the UK (the halo's slipping a bit). 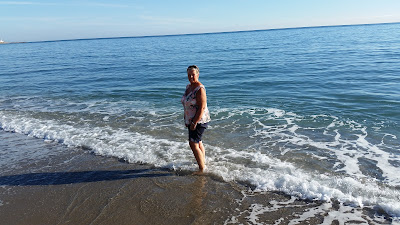 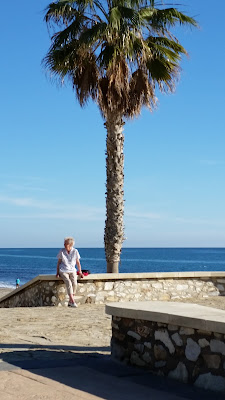 The rain in Spain

It tipped down all night

Back to sunshine today
Posted by Andy at 00:55 No comments: