Had a late start, for us anyhow, which worked out well for the eight locks we were to climb today. We had assistance from or gave assistance to crews at each of the locks. 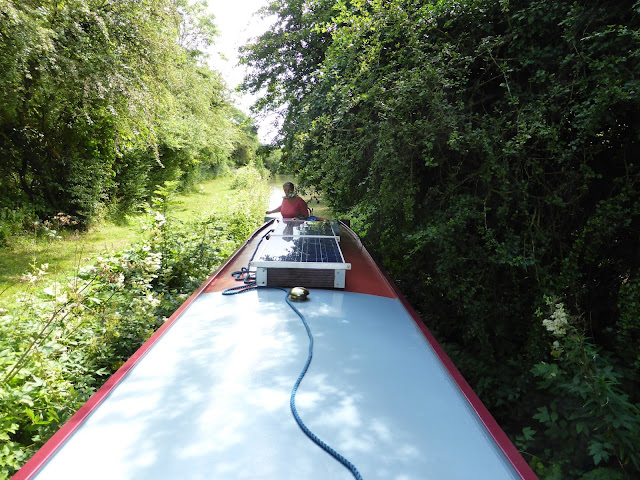 Stopped at the water point at Fenny Compton where a row between a hire crew and a private boater was getting heated, at one point there was a scuffle between the two women involved then the smart phones came out to video the altercation for both parties.

To me both were in the wrong, the hirer's for mooring on a water point and going off to the pub for lunch and the other crew for going straight off on a rant without trying to educate the learners.


I shouldn't have moored under trees last night, this morning we had sap and birdie do do's all over the roof so first job when we moored up this afternoon was to get the roof washed down. Next job was to chill out on the bank with a cold beer. 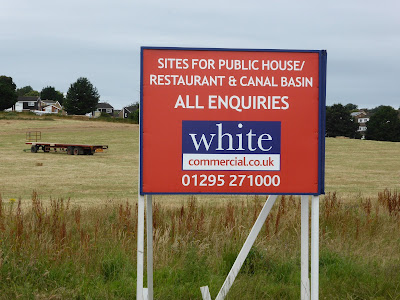 The Red Lion has changed hands since the last time I was here, now has a good atmosphere the food we saw being served looked ok and the Bombardier well presented.
Posted by Andy at 23:55 No comments:

Thought we'd have a cruise along the South Oxford for a couple of weeks, I need to do some gunnel painting, it's easier to do canal side than on a river bank.

Over the last couple of days we have reached King's Sutton spending the previous night at Lower Heyford.

Canals are very tranquil places, the South Oxford is no exception.The scene is rural farmland, gone are the mega rich houses that we enjoyed peering at on the Thames. The vegetation does encroach a bit but I for one think it is all the better for it. A sanitised ditch would be a tad boring to cruise along.

A few pictures of our journey: 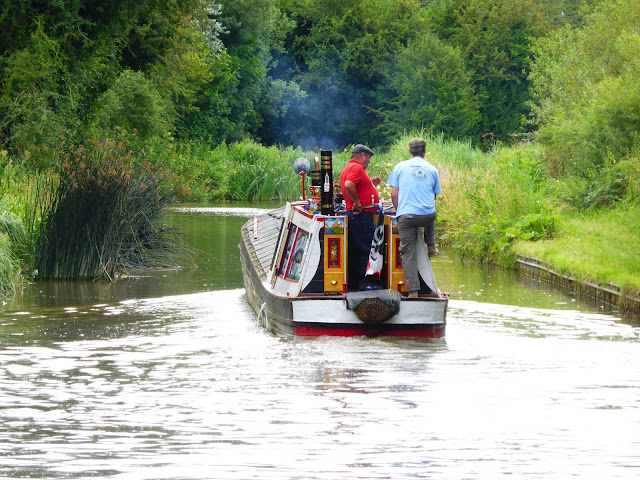 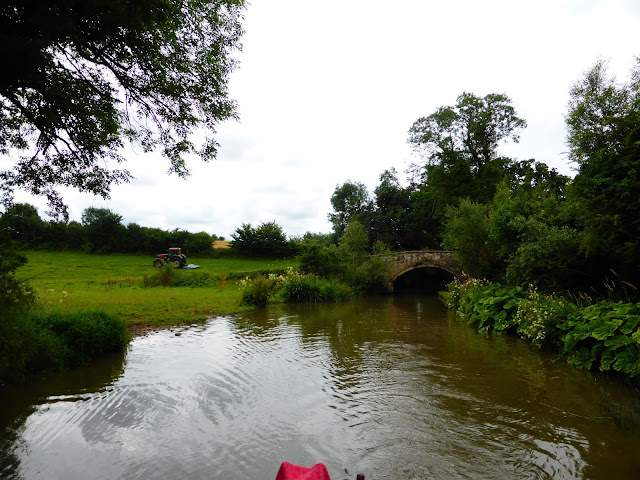 I must be missing MIL, I made three cup's of tea this morning!

As a ten year old lad I can still recall rushing up to Staines railway station bridge to watch the funeral train carrying Sir Winston Churchill's coffin to Oxford. I did see a train but whether it was 'the' train I'll never know.


WC is interred a couple of miles down the road from Thrupp in the village of Bladon so we went along to pay our respect's. 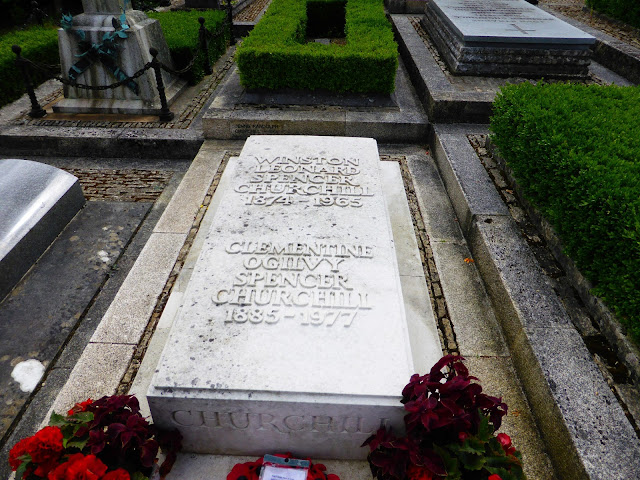 Moved on to Abingdon for a breakfast meeting with Richard & Sharon who we last saw a fleeting glimpse of on the River Wey. This day we managed to track them down in Wetherspoons for bacon & eggs and later a glass of wine on the canal bank. 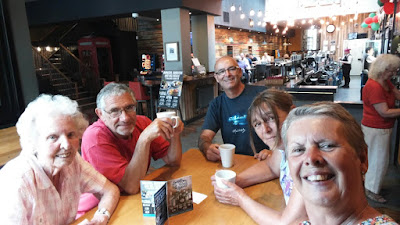 The following morning we were untied from the bank before 07:00 servicing FL above Abingdon lock, another glorious morning for a cruise. Culham lock has a sign that says it takes 20 minutes to fill, it was correct. 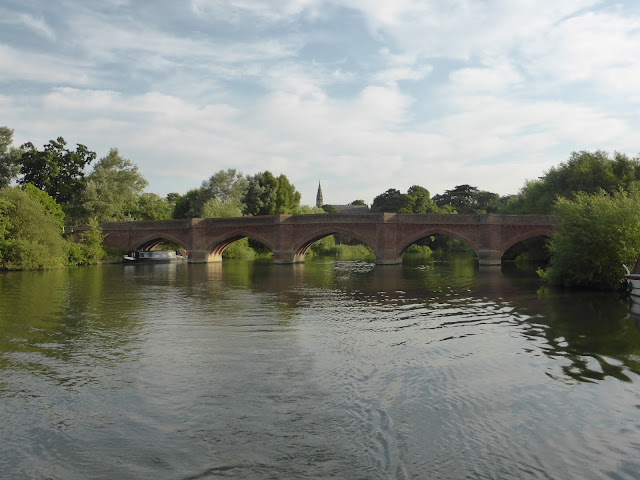 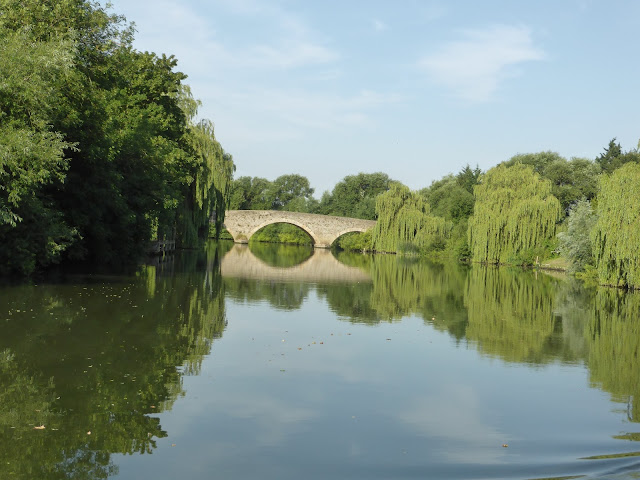 We cruised off the Thames and on to the Oxford canal heading for Thrupp to meet up with friends for a meal in The Old Bookbinders in Jericho. Lovely food with excellent service from the staff, recommended to us by friends, now recommended to you.

Today was Betty's birthday the big eight oh, so I pampered her, I let her off scrubbing the boat or dumping the rubbish, today she didn't have to drag the cassette loo down to the elsan disposal. No, instead, after she opened cards & gifts, I took her home.

Not straight home, we had a birthday Sunday lunch date with family at the Rose & Crown in East Lambrook.

Here we are at Days lock, from the Cotswolds to London this has always been our most favourite place on the royal river. It's the third time we have been stopped here this year. A peaceful mooring in splendid countryside, the picturesque Dorchester is just a half hour walk away through farmers fields with a couple of good pubs/hotels and a handy Co-Op to welcome you.

When you get fed up with relaxing by the waters edge a walk up the two hills that make up the Whittenham clumps is a most satisfying way to get some exercise while taking in the breathtaking views of the Thames valley and Oxfordshire.

I have been doing some research of the area(I  googled it).  In 1770's Whittenham clumps had been known by alternative names, one being 'Maidens Breasts' and my favourite 'Mother Dunch's Buttocks' which refers to the lady who owned Whittenham manor. 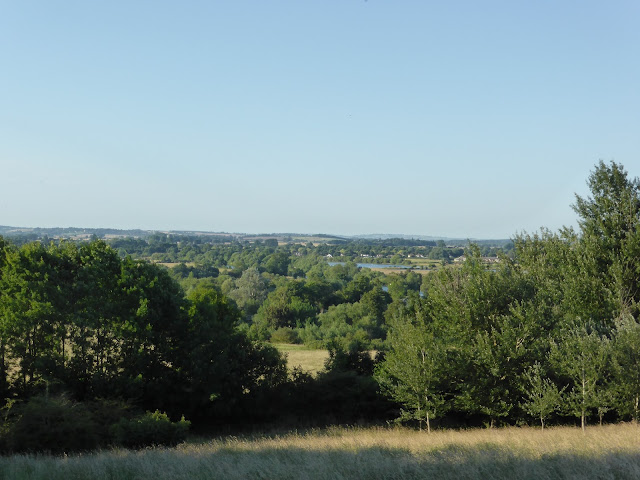 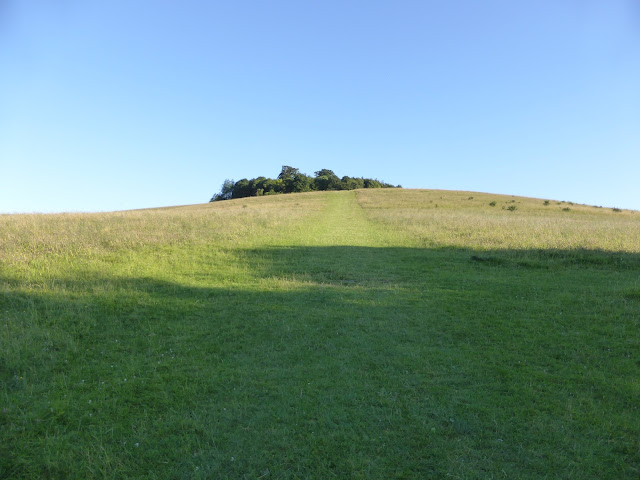 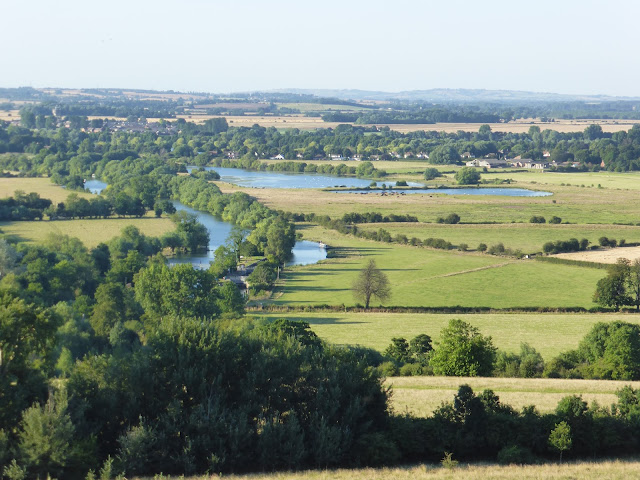 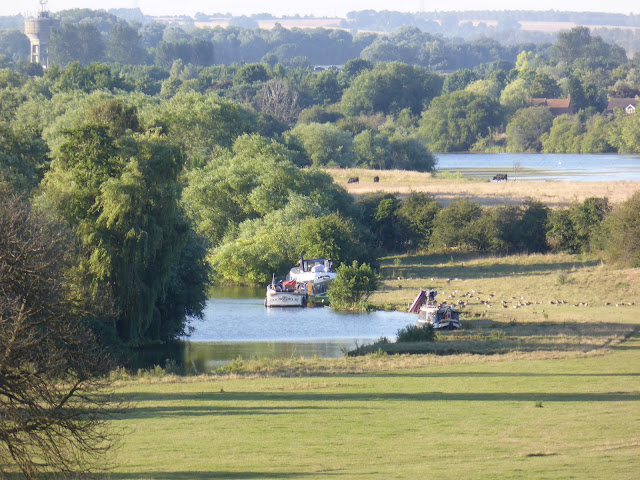 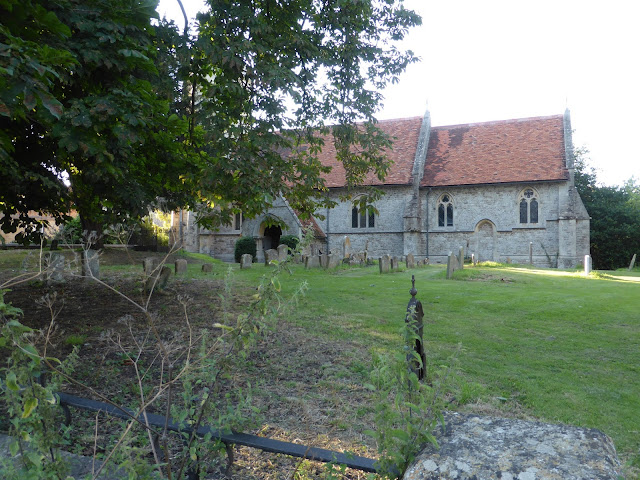 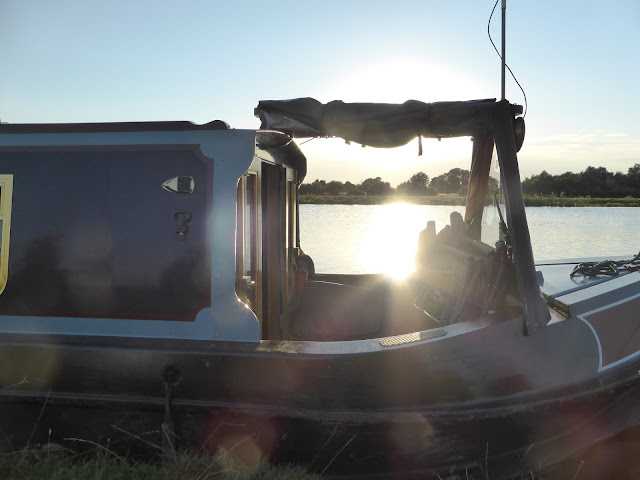 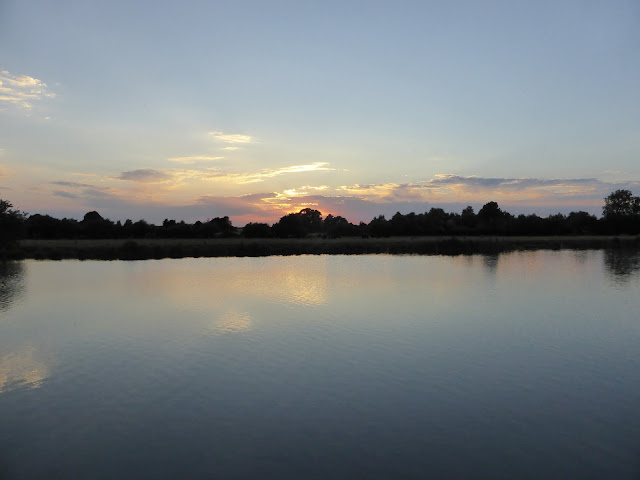 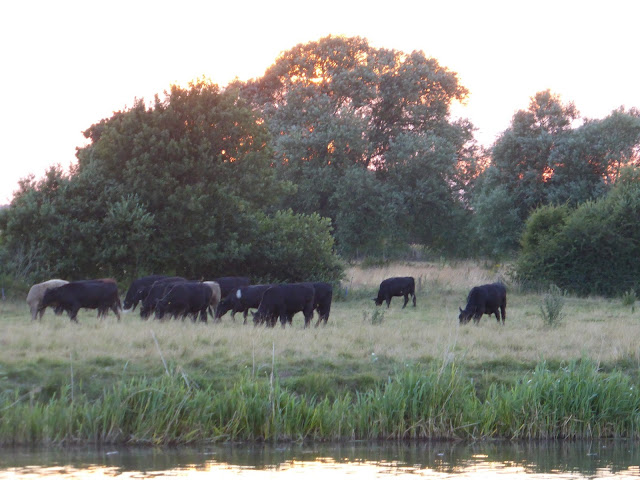 As up the hill with labr'ing steps we tread
Where the twin Clumps their sheltering branches spread
The summit gain'd, at ease reclining lay
and all around the wide spread scene survey
Point out each object and instructive tell
The various changes that the land befel.
Where the low bank the country wide surrounds
That ancient earthwork form'd old Murcia's bounds.
In misty distance see the barrow heave,
There lies forgotten lonely Culchelm's grave.
Around this hill the ruthless Danes intrenched,
and these fair plains with gory slaughter drench'd,
While at our feet where stands that stately tower
In days gone by, uprose the Roman power
And yonder, there where Thames smooth waters glide
In later days appeared monastic pride.
Within that field where lies the grazing herd
Huge walls were found, some coffins disinter'd
Such is the course of time, the wreck which fate
And awful doom award the earthly great.


We were joined by nb Kalamazoo in Mapledurham and Whitchurch locks. It has been a scorcher  today so plenty of water and sun screen was supplied to the crew.


In the afternoon Sue and I walked over the bridge to the Swan @ Streatley for an ice cold cider in the shade overlooking the weir stream. We have kept the curtains closed today to stop some of the suns power entering the boat but it's still clammy inside FL.....we shouldn't complain it hasn't been a very good summer so far.
Posted by Andy at 12:24 No comments: