Fellow blogger Nev did an interesting post about his boating history and encouraged other bloggers do the same. Since it's raining today and I can't do any painting this is is our boating history

After trawling through a few thousand digital snaps I can access on the boat the following are the best I could find, some are paper photos taken with a digital camera so not very good quality. The Freeman photo is not of our actual boat (I couldn't locate one) but a picture of the same model from the internet. I am sure there are plenty of better snaps in albums at home, so I will endeavour to hunt them out next time we go home.

Our story really started after hiring an inter-coastal boat on the inland waterways of Florida in 1983, we had enjoyed it so much that within a week of our return home we had bought our first vessel.

We viewed 'Ultimate' in Windsor marina, only 21 foot long, she had galley and head facilities including a shower, a dinette to port opposite the sink and two burner stove, hot water was provided by a Poloma instant gas water heater, her snub nose gave plenty of room for the bed. Being nervous newbies we employed a skipper to show us the ropes on the journey to her new berth.

We moored her in Shepperton marina. We loved her and spent all our leisure time on her, evenings after work, most weekends and all our annual leave were spent aboard.

In 1990 our daughter was born, after a lot of deliberation we decided baby's and boats might not work.  We sold her in favour of a touring caravan, after pulling the thing around Devon and Cornwall it was clear it was not for us, caravan sold we had another boat before our baby was a year old.

We spotted 'Capricorn' a Freeman 22 Mk 2 on an end of garden mooring from the towpath in Shepperton with a for sale sign taped to the window, the next day she was ours.  We only kept her a year  mooring at Bates Marina in Chertsey, although she was a foot longer than Ultimate she wasn't as roomy. She had a Ford Anglia 105E engine with the ability to start it with a crank handle if the battery went flat.
'Aquarius H' we first saw in Bray marina she had all the room we needed and was perfect for weekends and evenings but our two week annual holidays would now terminate at Oxford and the low Osney bridge.

'Rest Days' is the only boat we have named as the previous owners wanted to retain the original name, a boat fitted out to a very high speck by an admiral who moored her on the Isle of Wight. 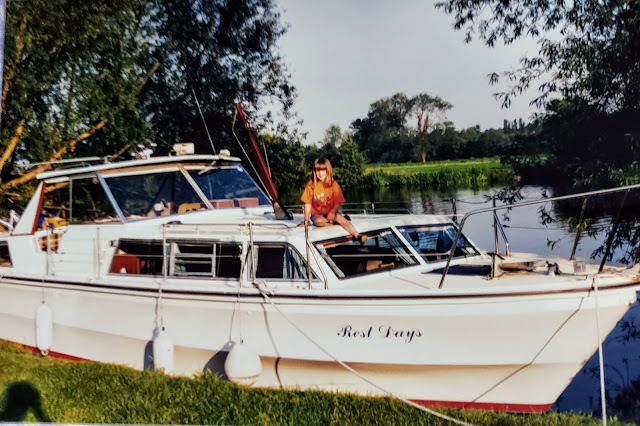 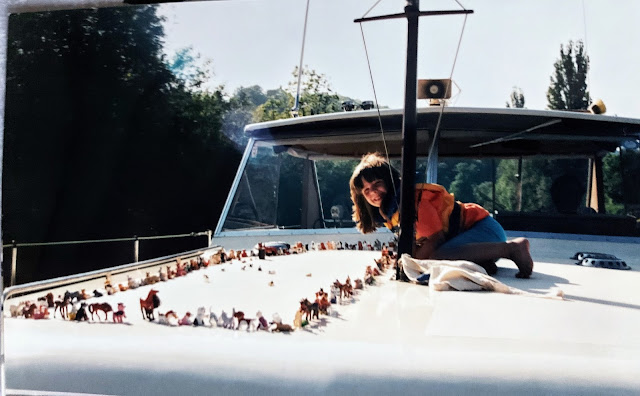 We now had the luxury of a separate rear cabin with a huge double bed although I never got to sleep there, it was wife and daughters domain, I was relegated to the dinette. She had twin engines and handled like a dream, she also had twin refrigerators, one under the chart table for the captain's refreshment.

We kept her at Penton Hook marina, this gave us the ability to moor at Bray marina which was owned by the same company. She was sold seven years later by the same broker we bought her through for more money than we paid for her.

We kept her until we up sticks and moved to IOM in 1997 where we bought 'Lapwing' just to be able to get out on the water, although it had a cuddy we never stayed overnight aboard. Kept in a drying out harbour at Castletown after we moved her from Douglas, she didn't get much use as we waited for the right conditions to coincide with water actually being under the hull. 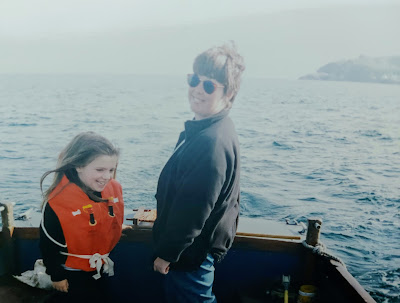 We did get out as often as we could for fishing trips, We caught some nice cod, but our daughter, 7 years old at the time had been brought up angling on the Thames, she insisted all fish were returned to the sea.

We always knew we would be getting a narrowboat when we retired and FL was one of 20 we viewed after dismissing countless vessels on the internet.

We had been on old school friends working boat 35 years earlier on the Grand Union canal and were completely taken with the cosy boatman's cabin with a wood burner, that was the limit of my narrowboat experience.


So here we are, for the last seven years living with her, we have enjoyed every minute aboard. She is boat number six for us and has that number sign written by the previous owners on her panels!

The pull of the Thames is huge for us and although there is so much of the canal system to explore we still find ourselves heading south most years to Dukes Cut and the river. If we ever get back to the bank I would possibly get another Neptunis or Freeman to spend the summer months on the river.
Posted by Andy at 05:29 No comments:

Don't be an idiot 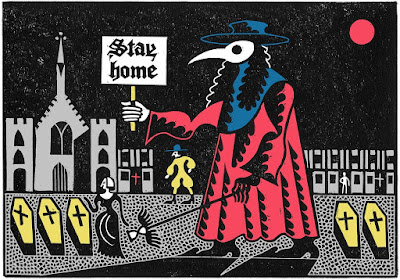 Usually this time of year the marina would start to empty out,  a quarter of the berths would now be empty, many more this Easter weekend. Seems the boating fraternity have got the message, folks aren't making non-essential journeys from home to their boats and winter moorers have not left yet. 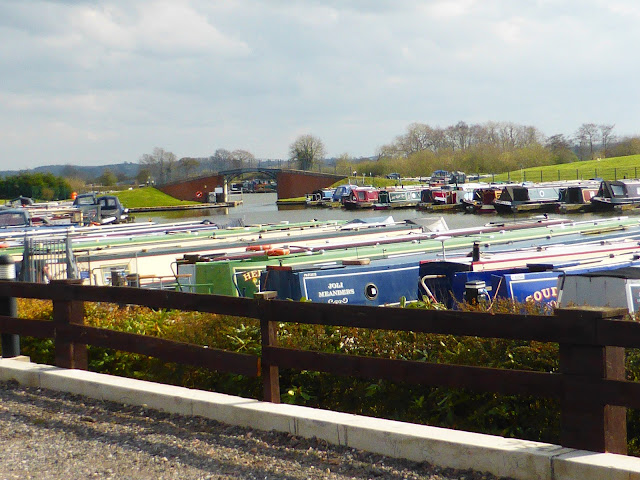 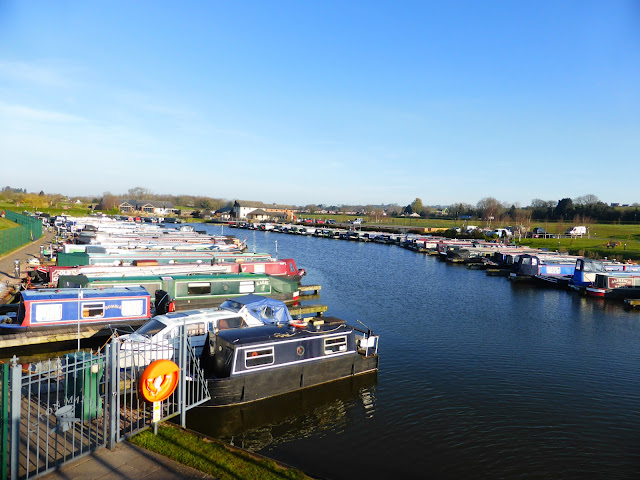 Its a mystery why the UK government didn't act on the findings of its own 2016 simulation of a pandemic  -Exercise Cygnus -.  The findings were so damming about the unpreparedness of the NHS  it was thought to horrendous to publish . Still they did nothing.


Today was to be the day we left the marina, instead with the restrictions on cruising we will stay put, it's not 'essential' we leave. We also can't go home as the IOM has closed ports and airports to residents as well as visitors.

Today the island had its first virus fatality, hopefully the restrictions will keep the deaths to a minimum.

Our daughter and her team of twenty are all now working  from home, I wonder if even after the world is clear of the virus that some firms will give up the expense of renting/owning office space in favour of a remote workforce.  Her boyfriends boss closed his firm down completely and laid all the staff off, it was an office refurbishment business.