Wednesday- Stayed put near Fox's Gate a good sunny day with a stiff breeze rippling the water. Overalls on I set about tidying the engine room, quite a lot of dust and general crud accumulates on the floor in this area from boots using  the steps above. First I removed the ballast, six 56lb Avery weights. There was surface rust where these were in contact with the floor, this area was wire brushed, sanded and treated with rust proofer. The rest of the bilges were brushed with Gunk degreaser, washed clean then lightly sanded and a coat of bilge paint applied. Tomorrow after the rust proofer has cured I will give the area a coat of primer before a bilge paint coat.

There is limited space in the engine hole, you have to twist, fold and contort your body and limbs around the engine to reach all areas of the floor, lying prostrate across the top of the engine I can just about get to the floor under the bilge pump. A job I thought would only take me a couple of hours took most of the day and I was knackered afterwards. 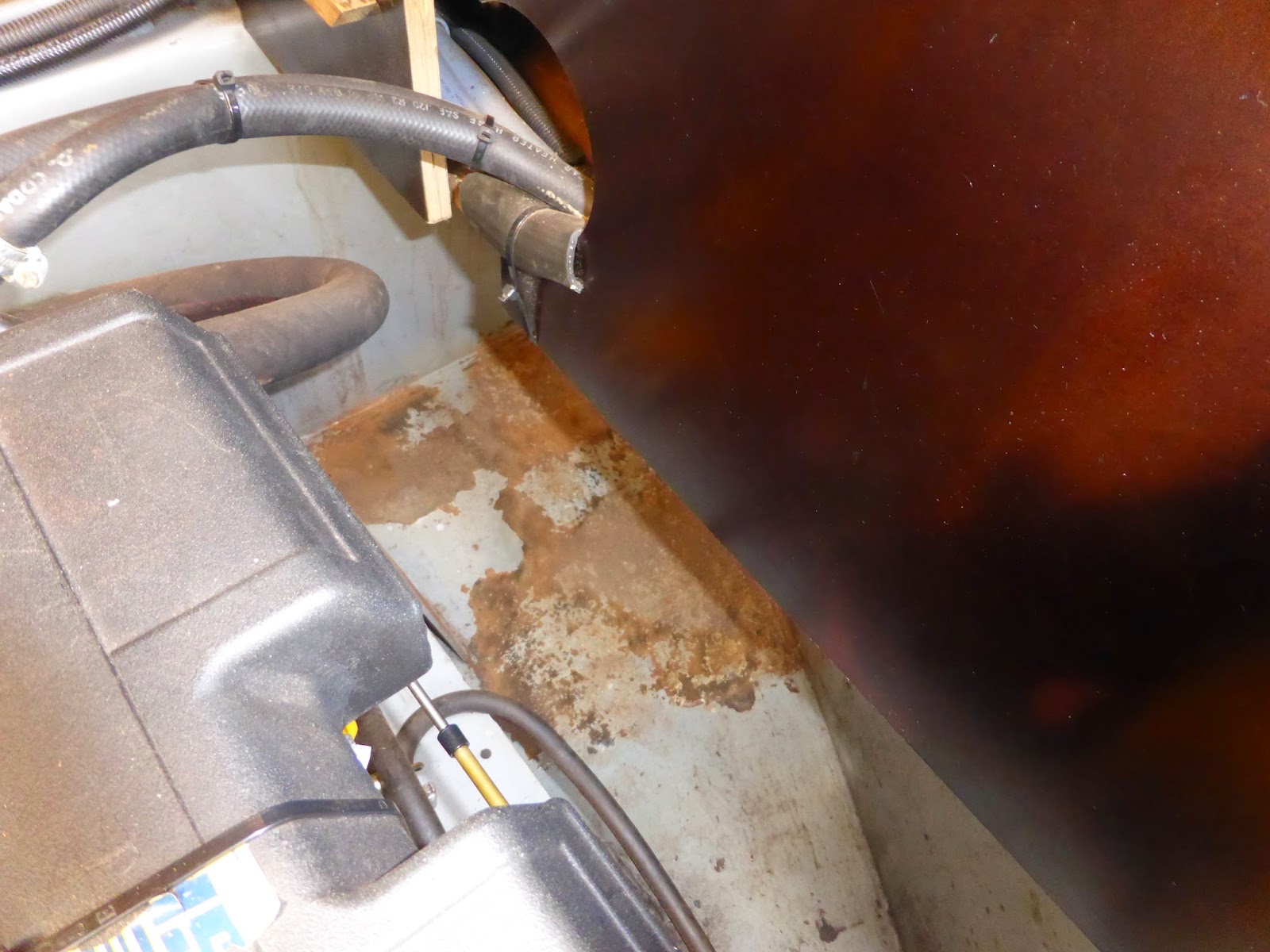 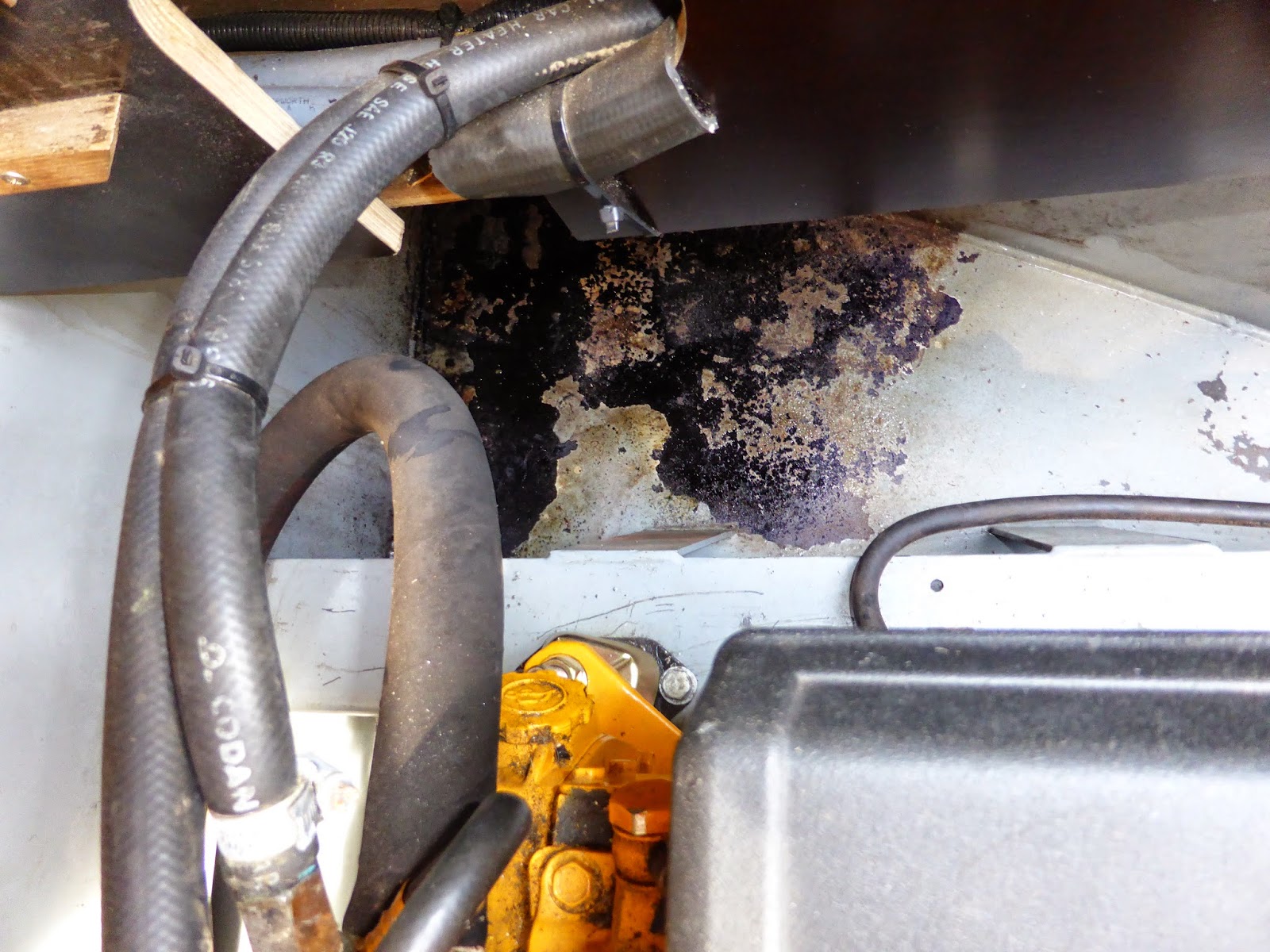 The skipper from a moored boat wandered up for a chat, turns out he used to work at Nobles Hospital in the IOM back in the late 60's (I worked at Nobles before retirement), we spent a good while discussing the Island, bike's, racers and boat layouts. It's a small world. 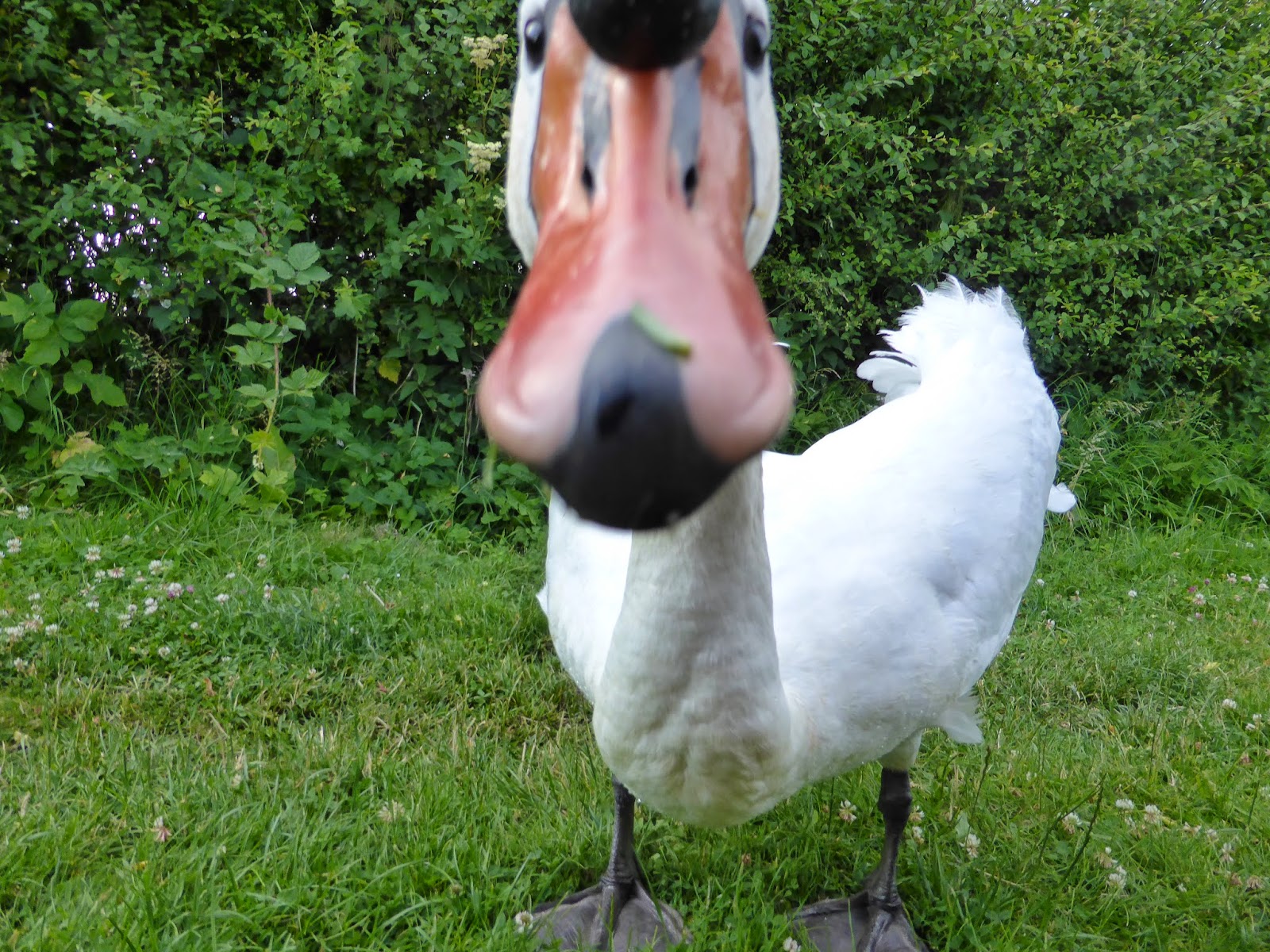 A passing old boy (well older than me) at the tiller looked me straight in the eye and shouted  " OPEN WINDOW".... pardon.... " Open window, it's the name of your boat" ..ermmm no it isn't.... he tootled off down the canal, on this occasion his school boy Latin had let him down.

Thursday - After painting the primer on the port bilge side we had a cruise to the winding hole and back to Fox's Gate. Here we sat on the tow path in the sun  enjoying a salad lunch watching the boats going by. The old boy passed by us on his return trip " MORE HASTE LESS SPEED " he shouted. That's better he got the thumbs up from me ... bet he googled it!

Later a coat of bilge paint went on the engine floor which is looking much better now.

Ahoy Andy and Sue, enjoying your ramblings mate, next time you are on the rock give us a call (Gus has my number) it would be nice to see you both.

Will do big fella,