Cast of from our mooring at 09:45 under high cloudy skies, we get glimpses of the boats high above us on the Leek Arm to port. Under New Springs Bridge (38) Grange Bridge (39) the rusty iron of railway tracks follow parallel to the canal for a while, as we take a sharp turn to starboard the tracks are replaced by the bimbling River Churnet down to Cheddleton Locks.


We moored  just before the first lock to have a look around the Flint Mill Museum, unfortunately closed so we just wandered around the buildings, waterwheels and industrial equipment outside. Perhaps try on the return trip. 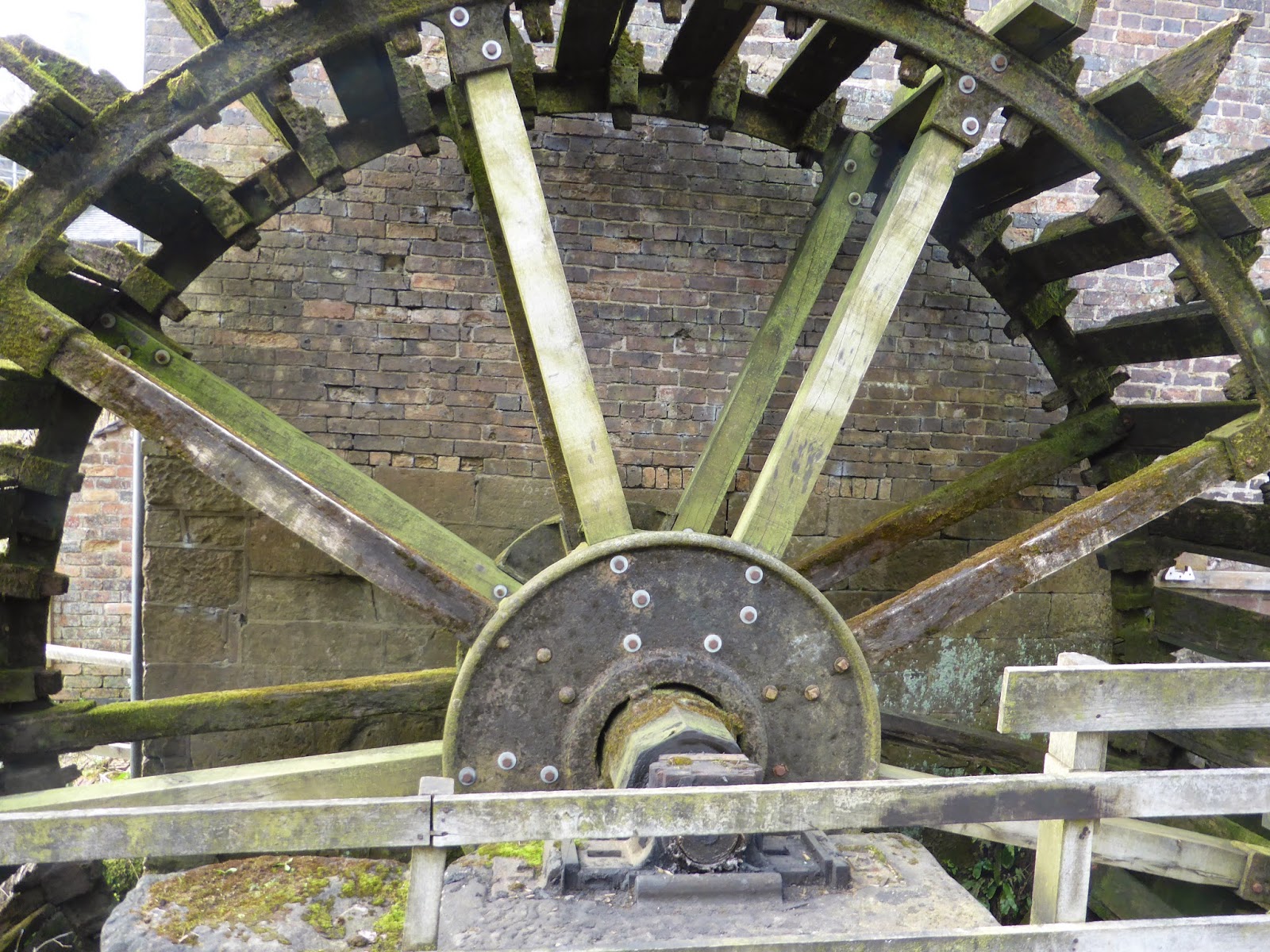 Sue locked us through the two locks preparing the second while FL and me descended the first, all the practise she gets is paying dividends.

Half mile further on we made a second stop to look at the Churnet Valley Railway and Cheddleton station, again it is out of season but we were able to walk around the old buildings and rolling stock. On the opposite bank there is a smart pub The Boat, where we have lunch and a glass of Burtons Ale, food and beer were excellent. 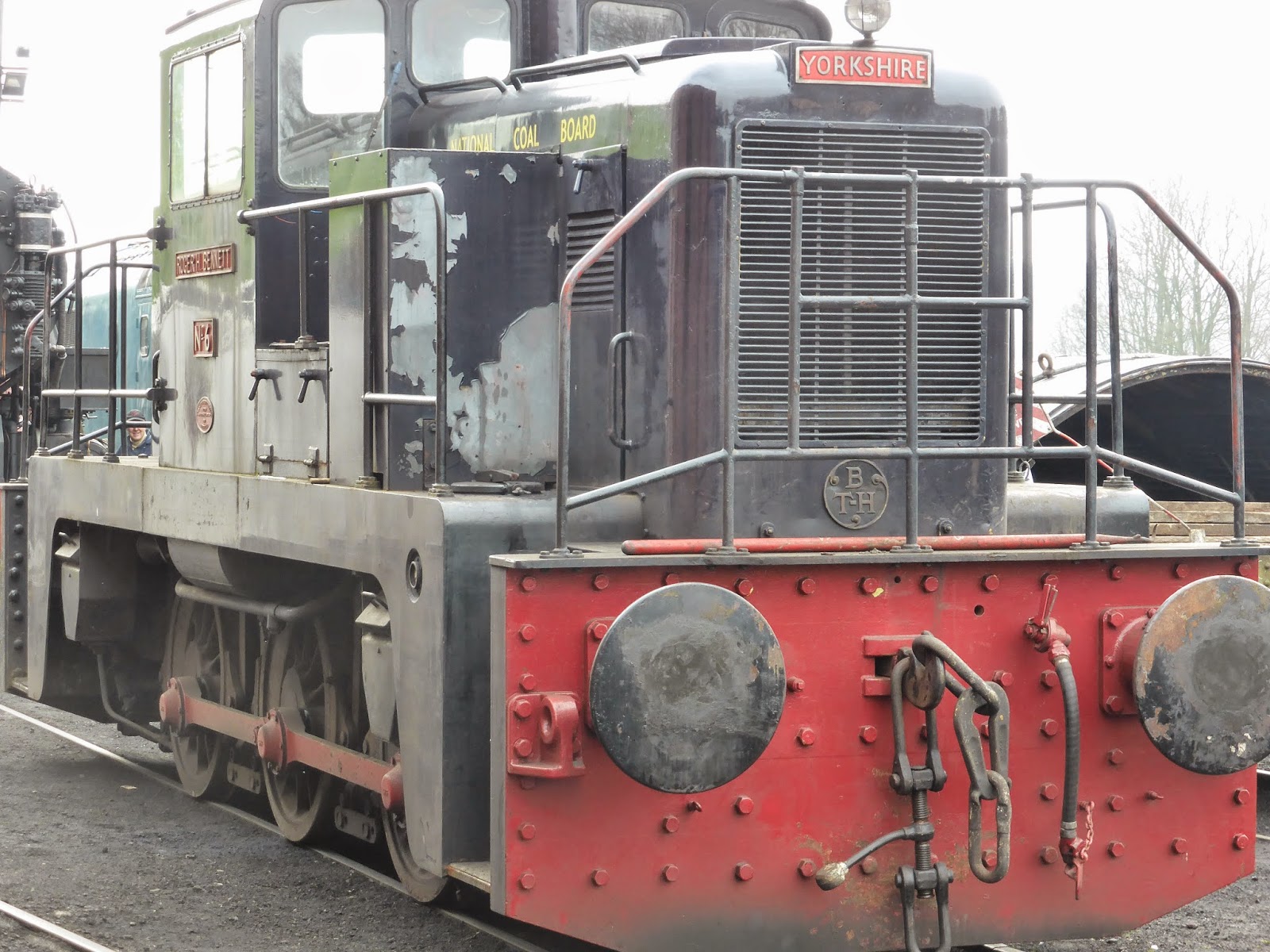 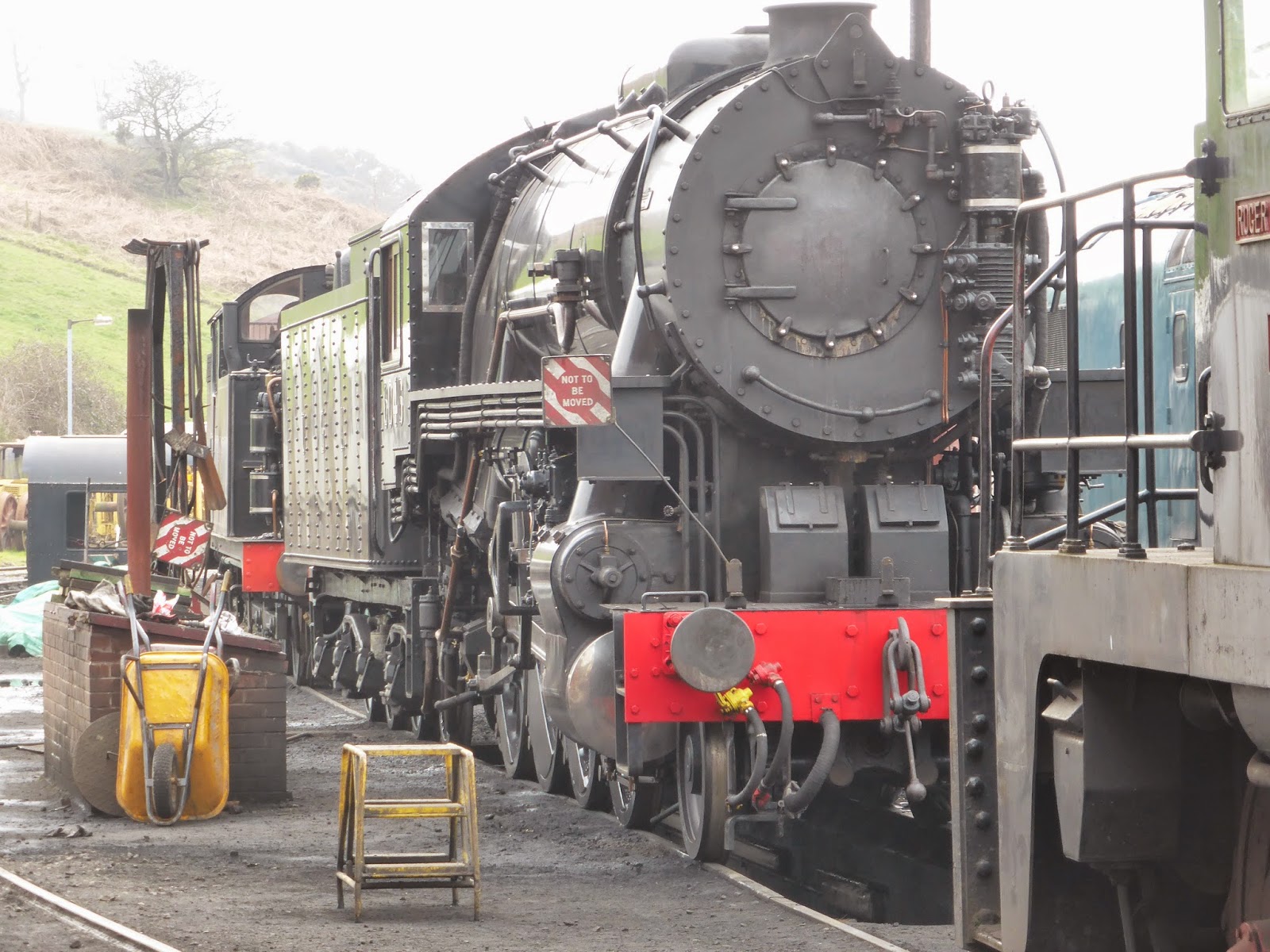 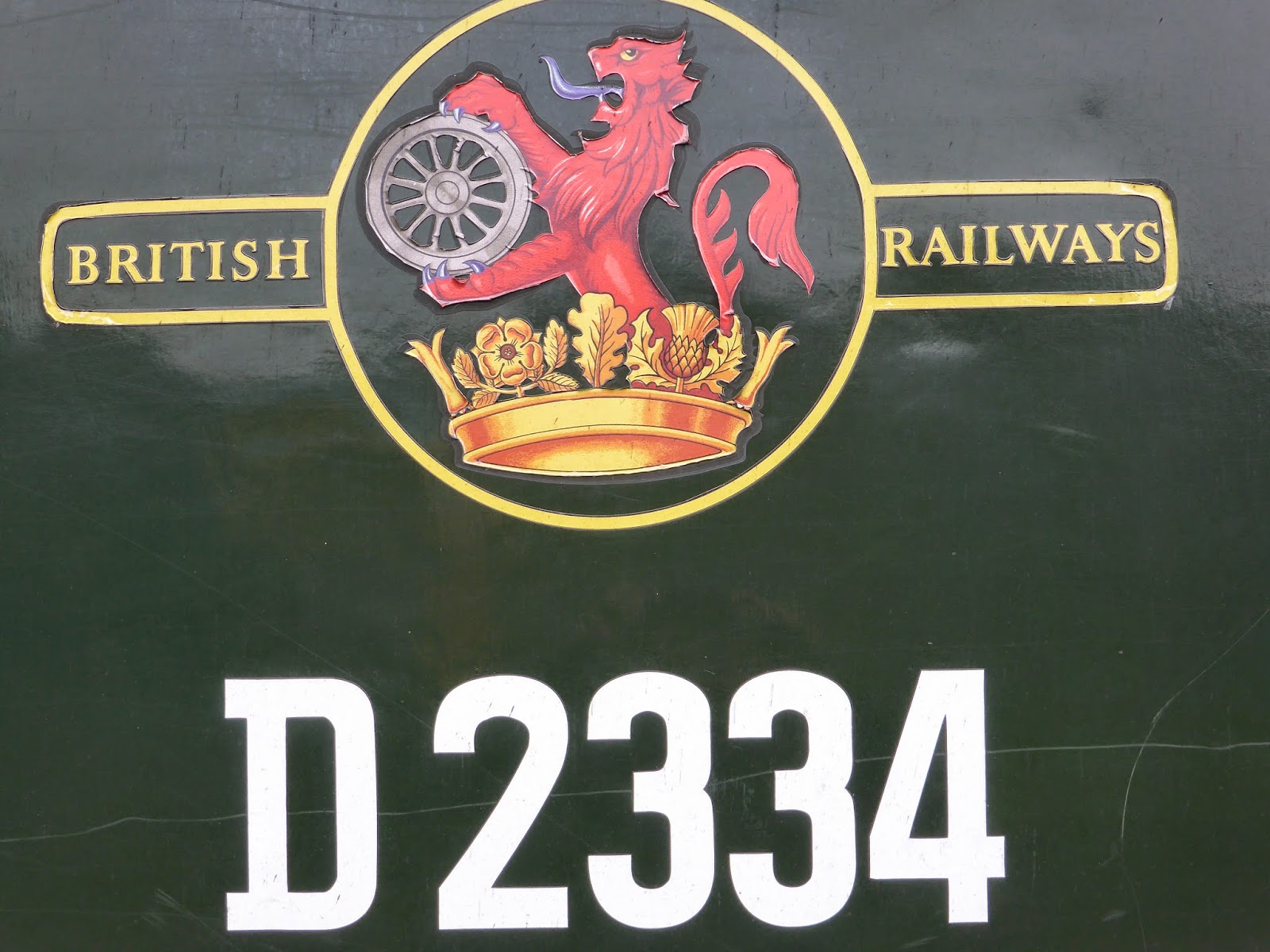 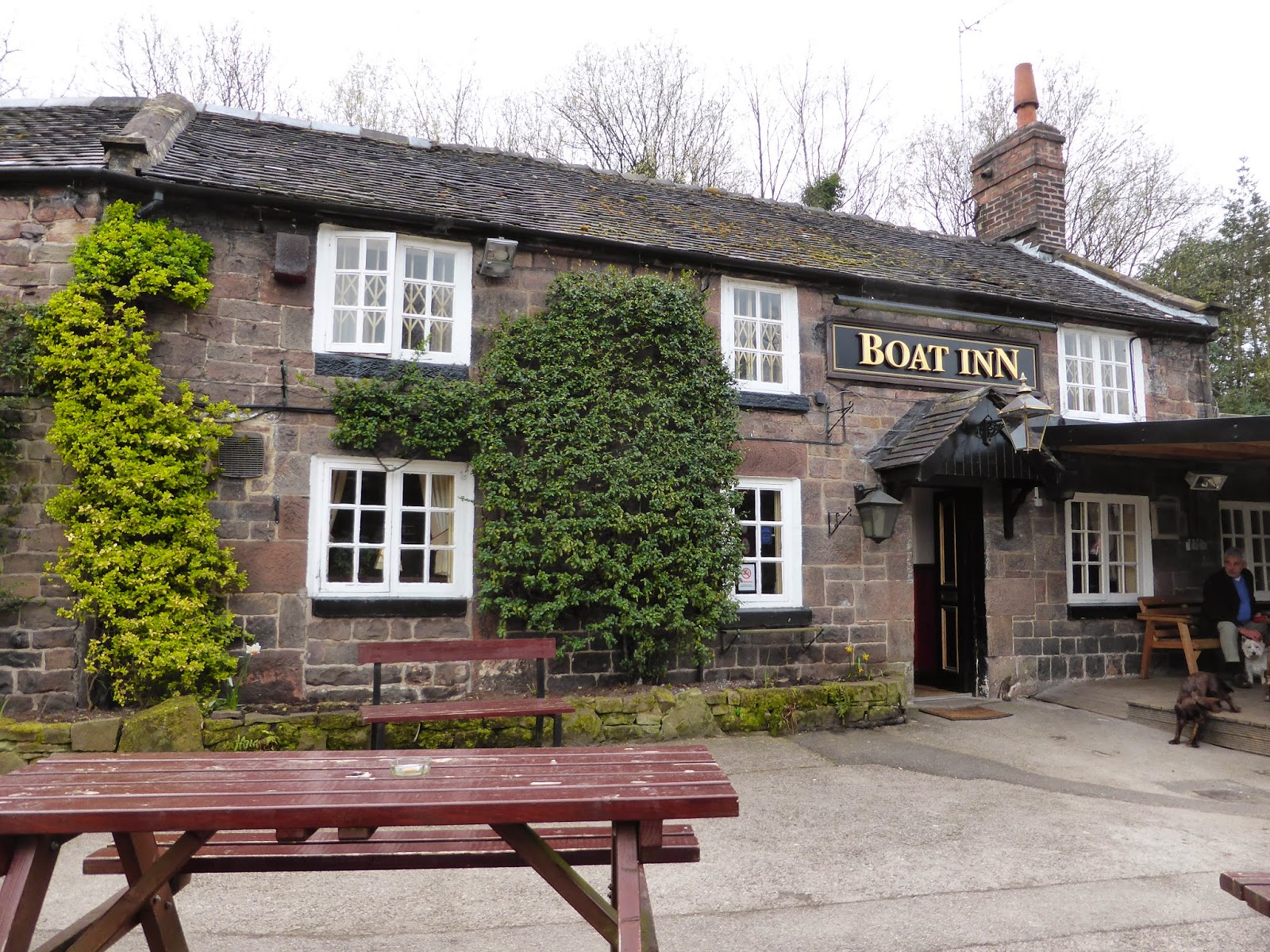 Setting off once more the canal now cuts through a very attractive landscape. After Oakmeadow Lock the canal merges with the river Churnet to meander through high banks thick with leafless trees that sweep down to the waters edge. We moor for the night at Consall Forge we have no signal for phone PC or TV but it does have it's advantages as well as the quietness and views there is The Black Lion which must be one of the most isolated pubs in England. We went to the pub in the evening and the landlord and locals at the bar are all very friendly. We both had  the Smothering Monk ale  to drink, here we were told about the transgressors at the water point in the photo. When we left we got a cheery goodnight from all in the bar.


Two pubs visited today does that constitute a pub crawl as narrow boaters are associated with the derogatory term ditch crawlers.