We visited Nantwich by car during our wintering at Aston Marina so apart from a trip into town last night to visit an ATM we had no need to stay. Visiting by car and arriving by canal are two very different experiences. I suspect a lot of the people who arrive by car are unaware the canal even exists. Ther are plenty of moorings for the visiting boater along with the long term mooring permit only spots.

We untied at 09:00 in bright but grey skies, once out of Nantwich the Cheshire Plain stretches east and west to the horizons as the canal cuts it watery road south. The land is indeed green and pleasant, this is dairy country with only a few fields given over for crops.

Skylarks, swifts, swallows and a Jenny Wren serenade us on our way, we pass the Secret Nuclear Bunker adjacent to the two Hack Green Locks, we visited here by car last winter too. The sun comes out, the cream with it, as we get stuck into the 15 locks that make up the Audlem Flight which lift you 93 feet out off the Cheshire Plain, we passed the Shroppie Fly at lock 13, it was too early to stop so we continue on up the flight, the bywash from the locks were heavy and caused me to bash FL on the lock wall getting in to most locks.

We had a quick chat with Richard on nb Pendle Water as we passed, we last saw him in Stone, he is on his way to  "Llangollen maybe". An Aussie hire crew (the Aussies are everywhere on these canals) from Echuca Moama who live on a paddle steamer on the Murray River, presented Sue with a souvenir pin.

We reached the top lock 3 hours later, a farmers wife was selling cakes at the lock, very tasty.  We moored just above the lock, while Sue jumped into the shower I prepared the Beer Hunter for its first outing of the year. I rode back down the locks for a look around Audlem and a glass of ale in the Shroppie Fly and I bought 4 wooden fender hooks from the house next door.

Tomorrow we cross the border from Cheshire to Shropshire 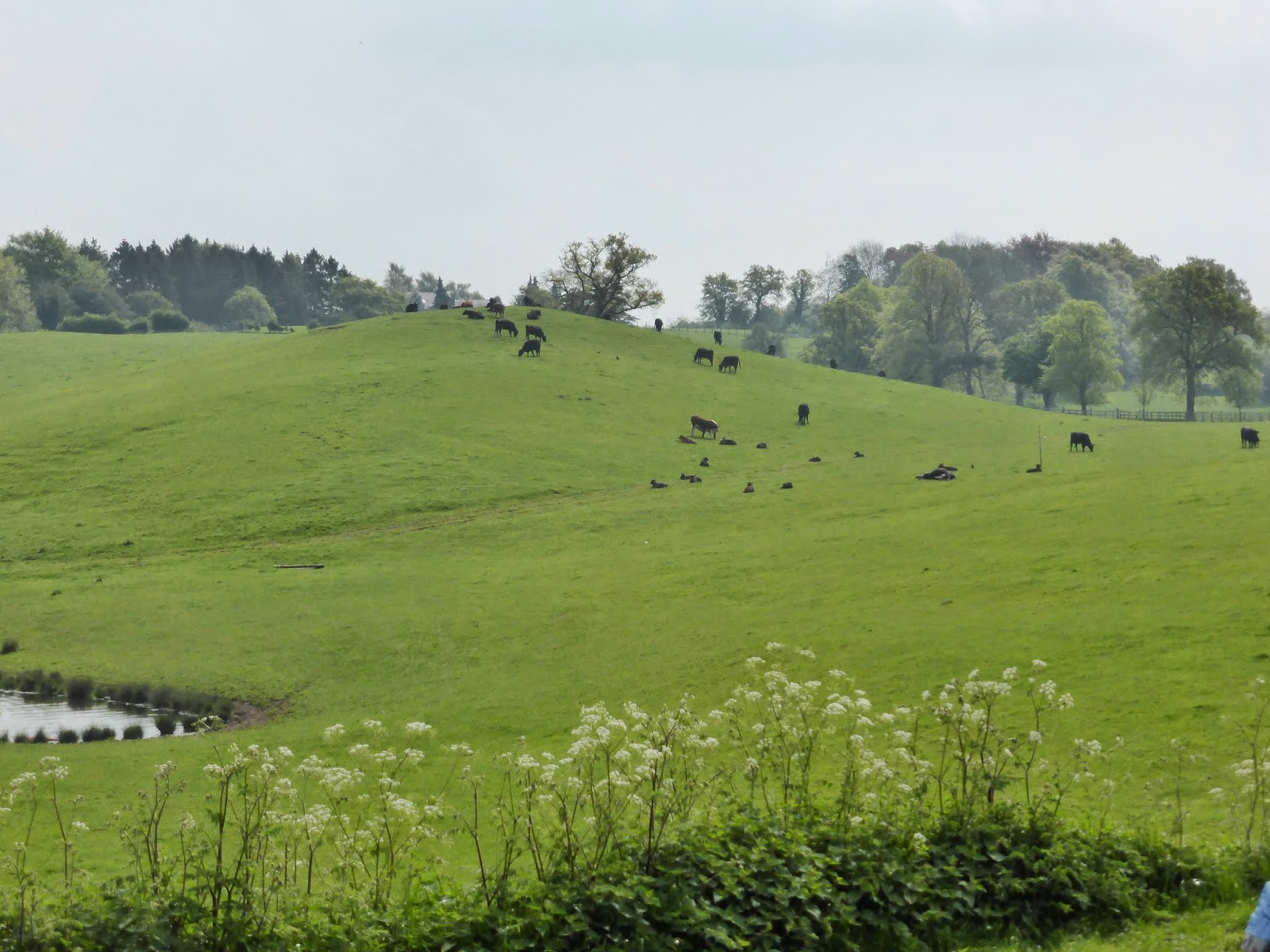 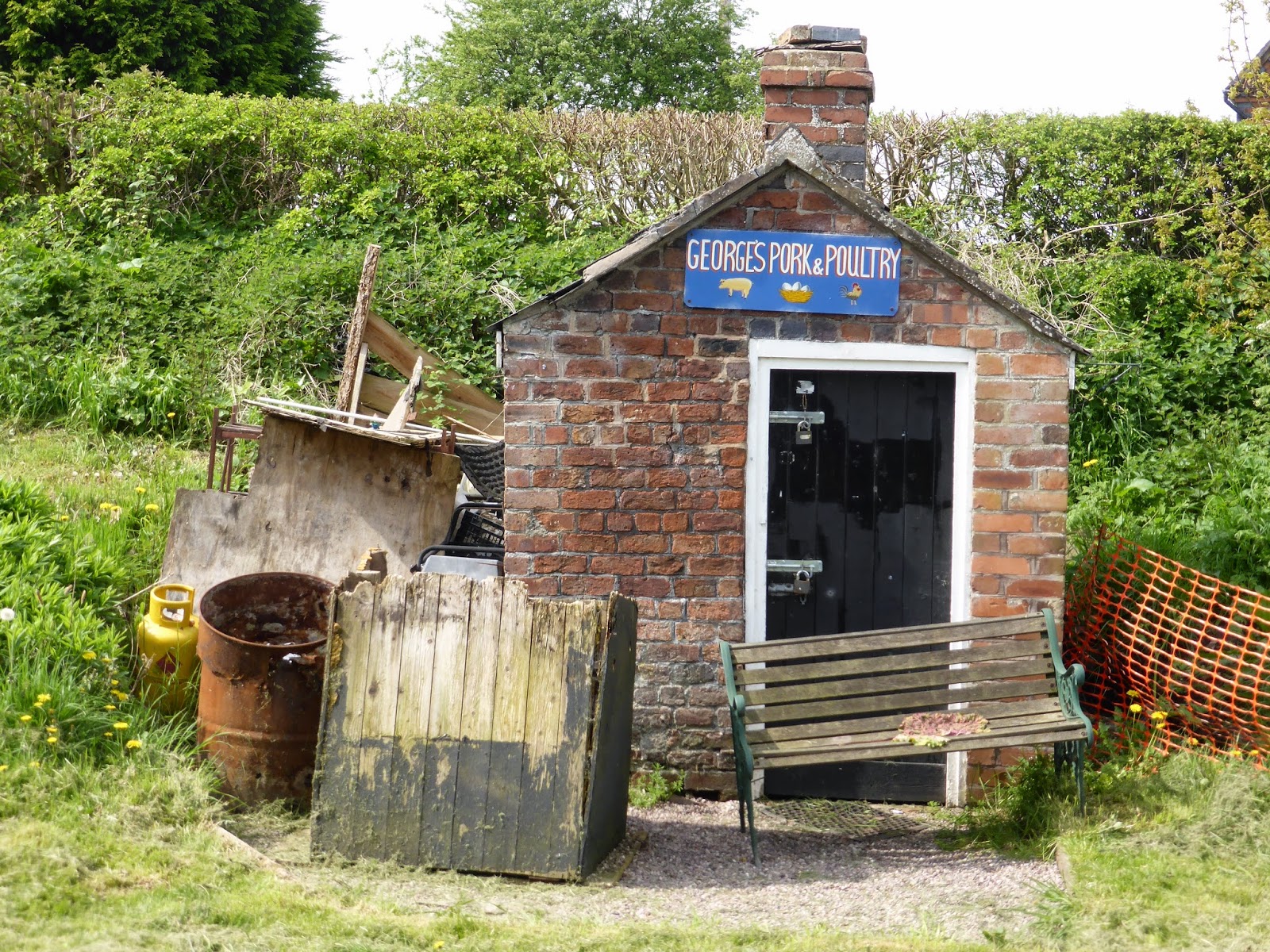 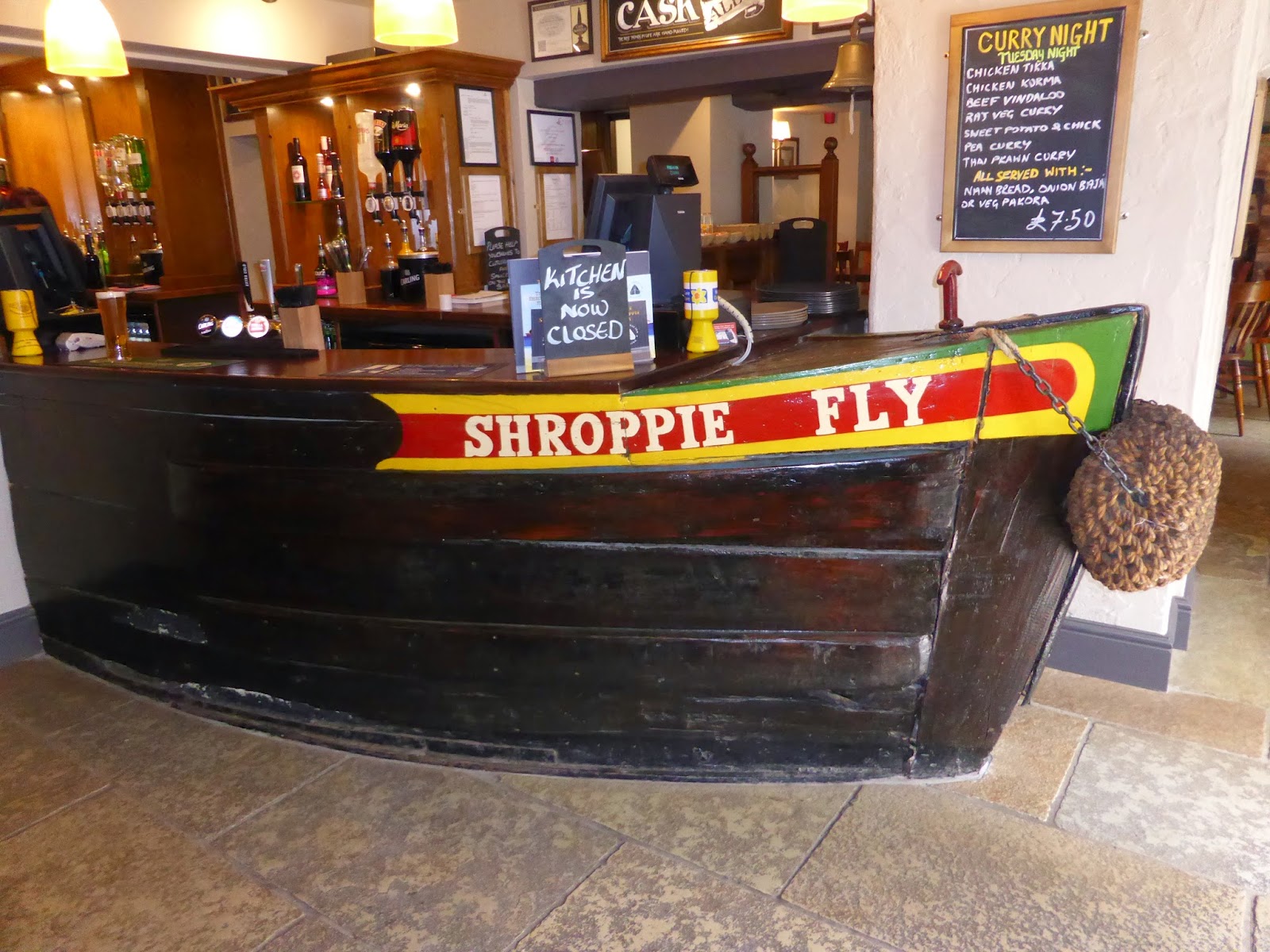 Good to see you both today-shame I didn't know you headed back for a glass of ale at the Shroppie! After 18 locks today I think I deserved a pint or two! well actually I did have a couple early doors-good cruising!