We passed the new Cropredy Marina yesterday,  I must say that now it is getting very near completion for mooring at least. 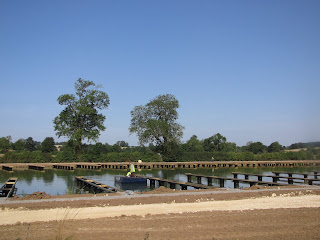 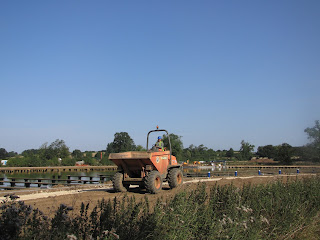 Getting the perimeter path laid. 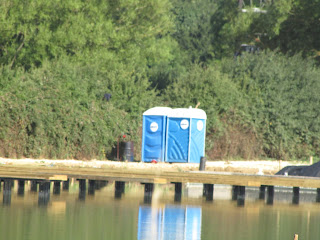 Although the forecast was for overcast sky's and light showers we have had brilliant sunshine all the way. We passed narrow boat Georgina Lou that had broken down, well they had come to a stop, but the reason was that they have become the victim of scumbags who have stolen their diesel. We arranged to meet up with their crew Rob and Jo for a drink at the Folly Inn later and it transpired that they filled up at Aynho, they had 2 night stops in isolated country spots and it must of been during the night the thieves struck. We have a locking fuel cap on Festina which is fiddly to open and close and I was thinking of dumping it but I shall keep it now.

Today  the pounds were low on water, I wondered if this was because the new Cropredy marina was now full of water.

Anyway we are now moored in the Napton lock flight pound, we will stay here to meet our new visitors tomorrow. No phone signal here but good Internet signal.

Sorry to hear about the fuel theft. Its petrol that gets nicked on the river. Will be investing in a lockable cap before we venture onto canals. Sigh.....