Left our mooring at 0900 hrs in overcast conditions with a few spots of rain. We pass Adam and Adrian who are just readying nb Brair Rose for their onward journey to Manchester. We were going to moor briefly close to bridge 58 to go to Tesco's but it was too busy to stop.

Out of Rugby and through the 250yd Newbold on Avon Tunnel we pass Brinklow Marina to port which marks the point where we sail into virgin water (for this crew at least).

There is open farmland on both sides until All Oaks Wood appears on the port side, 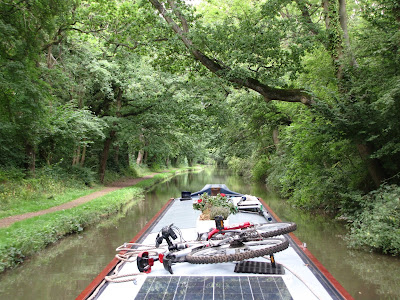 here the canopy covers the canal in shade for half a mile, then it's back to open farmland behind hedging, dissected by the imposing M6 motorway 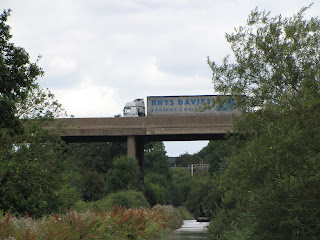 On the map the village of Ansty looked  a likely place to stop  but we didn't see a single visitor mooring spot, occupied or vacant, perhaps they don't like visitors. Long Term Permit Holders moorings in abundance probably because of it's proximately to the motorway. We stopped about a mile north for lunch then cruised on to moor for the night just before Hawkesbury Junction. 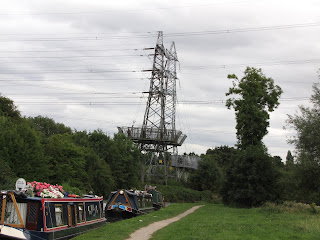 Our mooring second boat over looked by power cables. 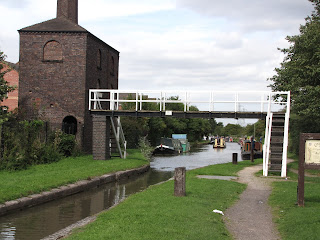 The route we will take on the Coventry Canal 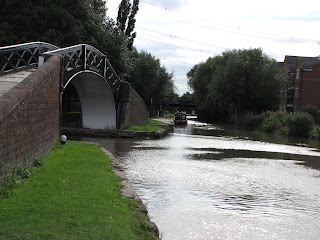 Opposite direction leads to Coventry 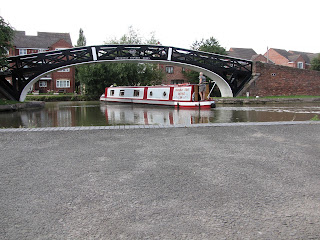 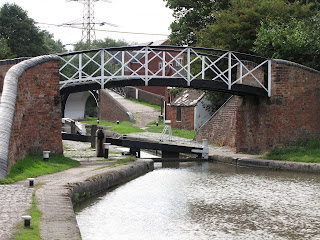 Lock to the Junction. 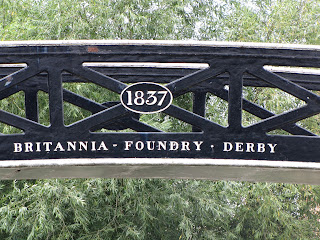 Bridges made from British steel were made to last. 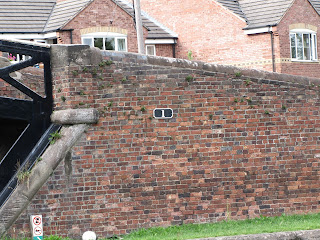 Bridge number one of the Oxford canal. 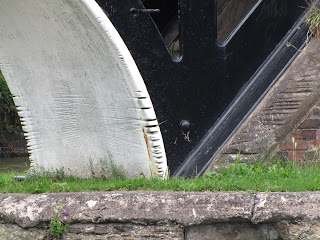 Note the grooves in the steel and masonry made by the ropes of countless horse drawn boats of old.

We had a glass of Ale in  The Greyhound  at the junction. 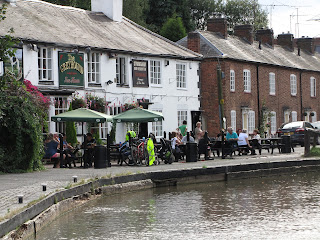 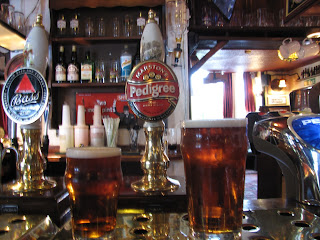 His and hers Marston Pedigree Ale, the ale is getting cheaper as we head north only £3.05 a pint here .

They had lots of guest beers on sale too 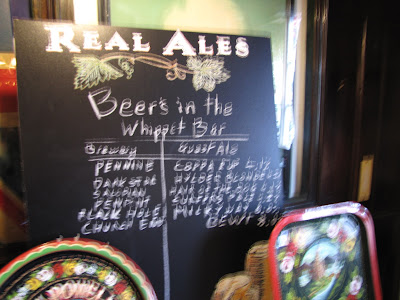 Sorry about the fuzzy picture, I didn't dare try the Church End Brewt Ale at 8%!

Nice to see you today - even if it was very brief! At Ansty most of the mooring signs are missing. The visitor moorings are on the curved bit; there are about three permanent moorers in the middle, and visitor moorings either side. We've never actually found a space there though!