No Internet signal where we moored on Saturday so this ones a little late.

Saturday we left the Thrupp, Sue operated the electric lift bridge to get us on to the water point to fill the tank.Water pressure is not the best, while it slowly filled I walked around the winding pound to take a photo, I got chatting to a one eyed elderly man sitting on a bench watching the boats, he reminisced about the days he rode his Rudge over to the Isle of Man TT races, he also told me where to find Richard Branson's first music studio further down the canal but I never found it. The Thrupp pot plants and blooms were in full summer flourish, Maffi was educating an excited crew about to take the day boat on hire and owner's were out in force seeing to the needs of their boats paintwork. 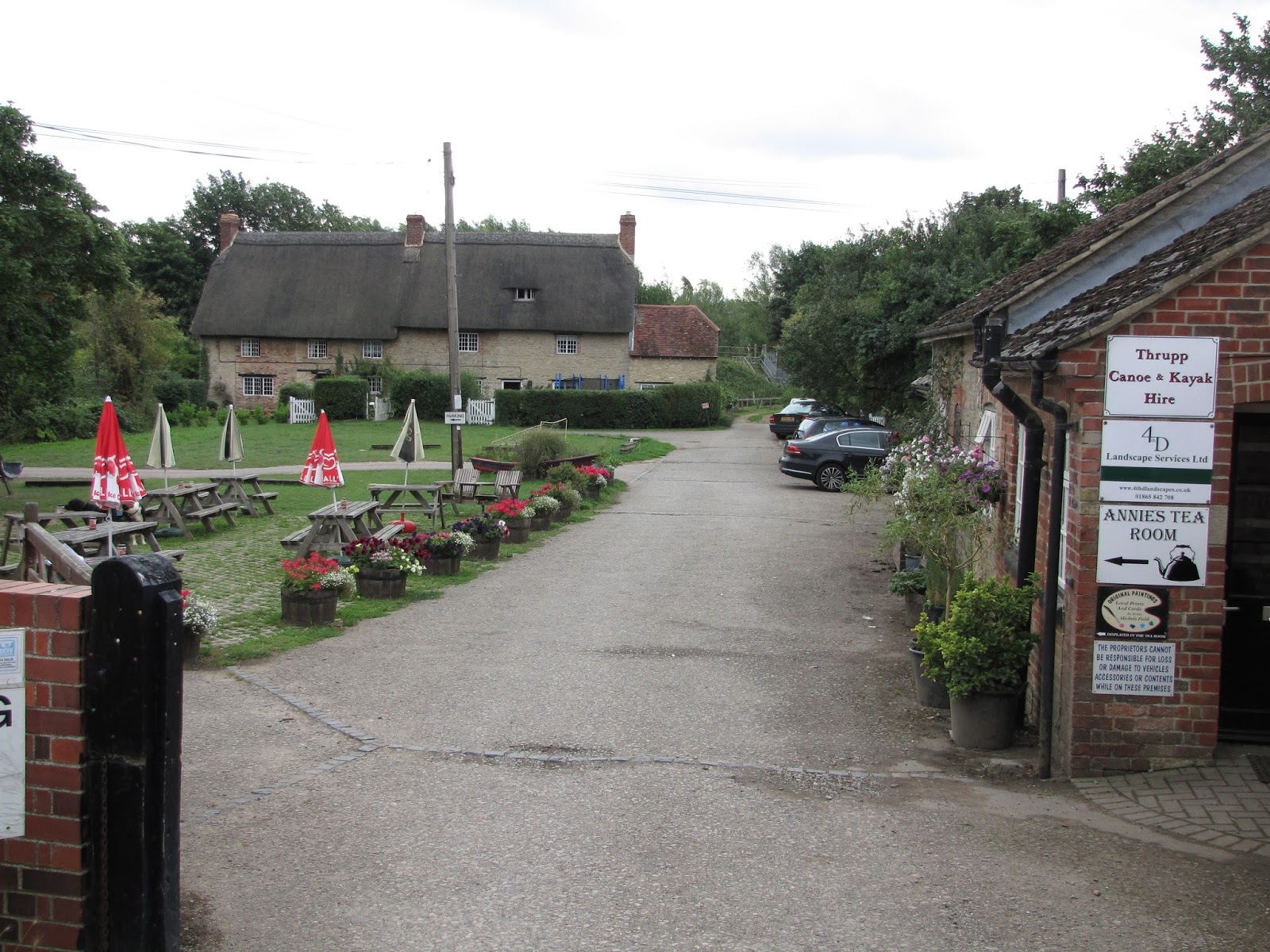 Thrupp tea rooms to the left and Canoe & Kayak centre to the right. 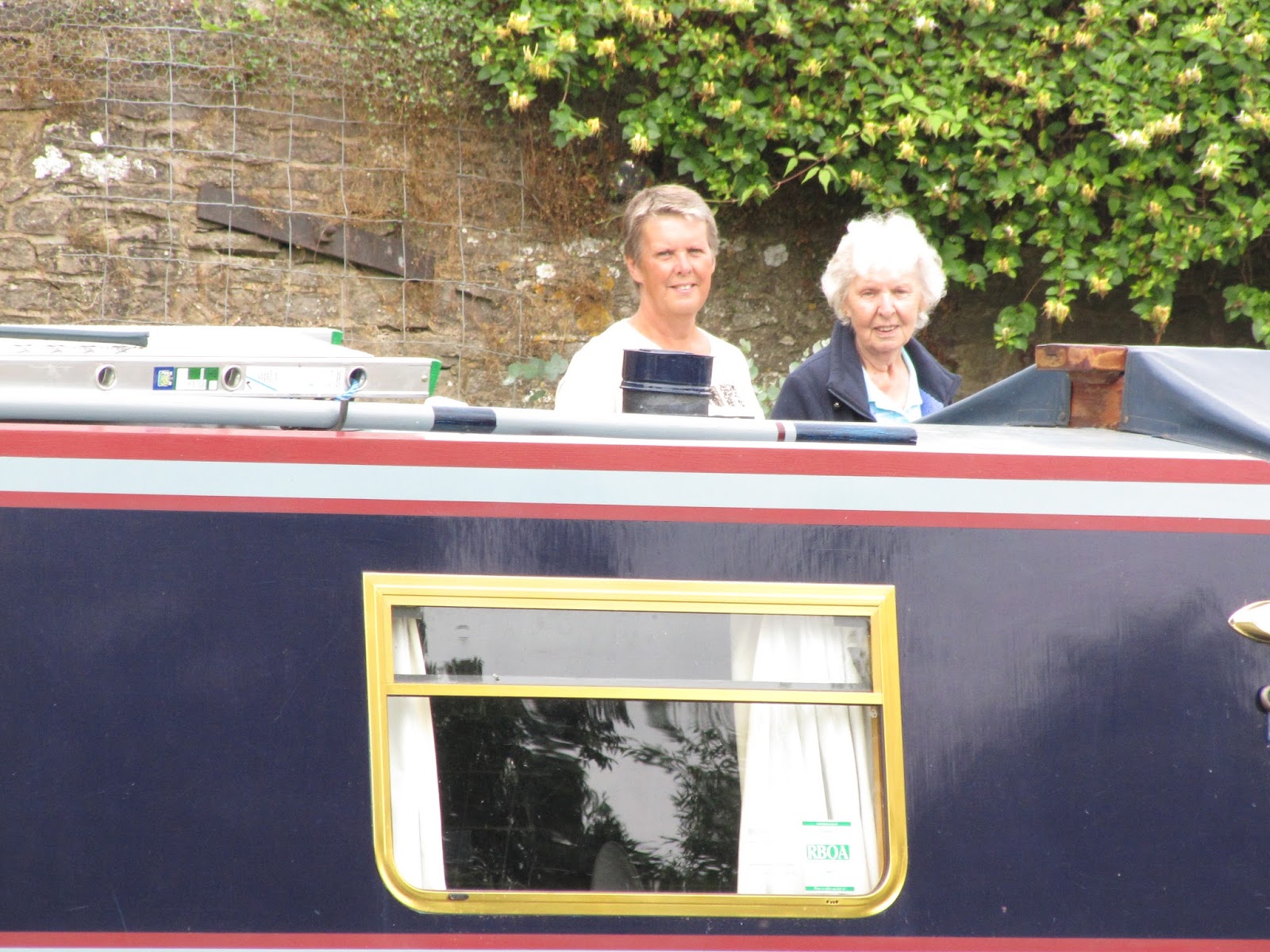 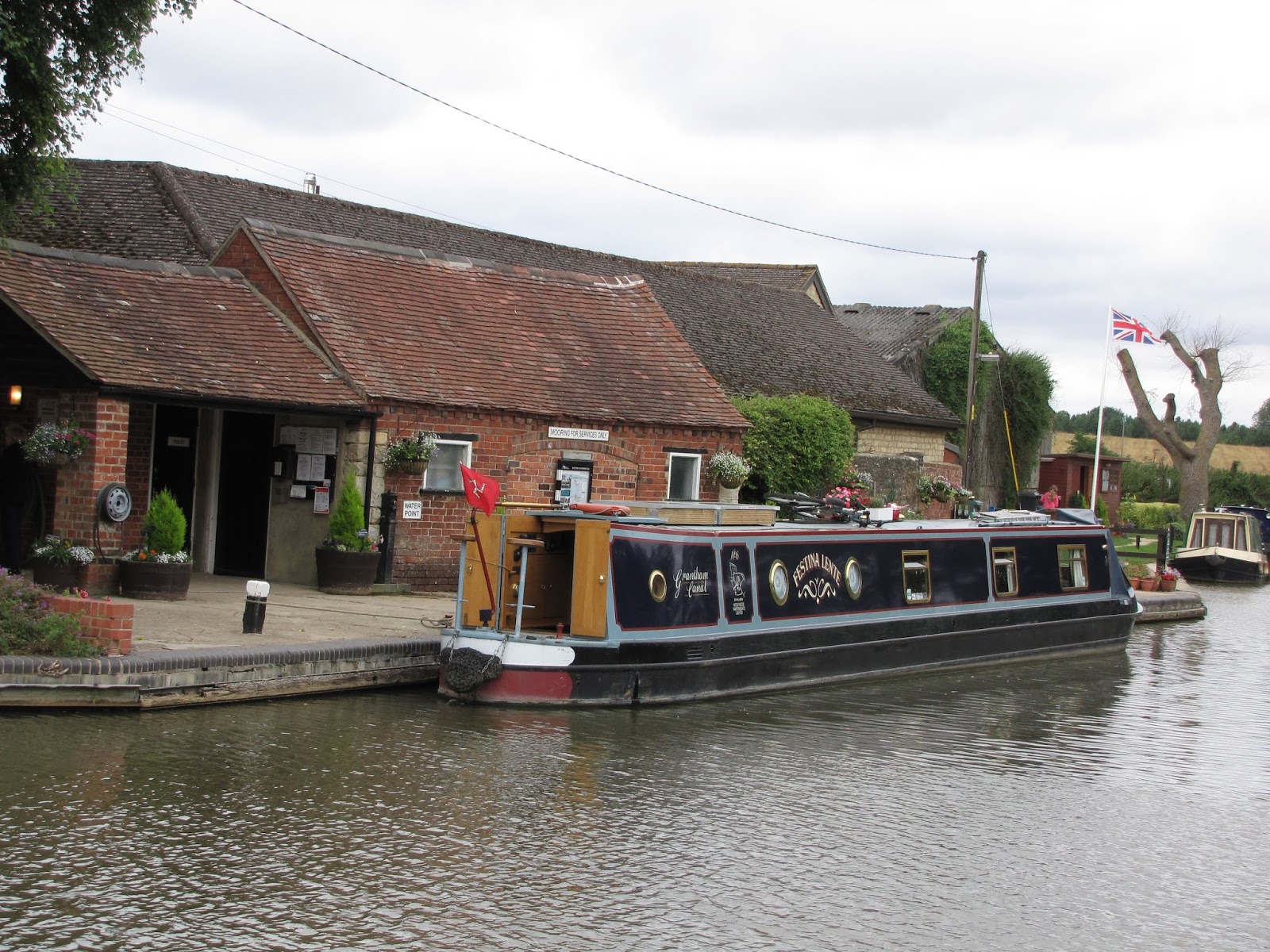 As we left Thrupp we crept passed moored boats and waved to a father and his young daughter fishing between two boats, I wondered if Sue was reminded of times spent fishing with her dad. Two weekend hire boats with a team of lads on a stag outing greet us at Bakers Lock, unusual in that there is not a drop of alcohol anywhere to be seen until we find out that they had drunk the boats dry by 2am. The wedding isn't until November says a lad with shaved head and eyebrows who I guess is the groom to be. Plenty of time to get over the hangovers and for the hair to grow back then.. sensible lad.

My Out-Law has stood at the stern with me and like an excited child she has asked question after question about her new surroundings. 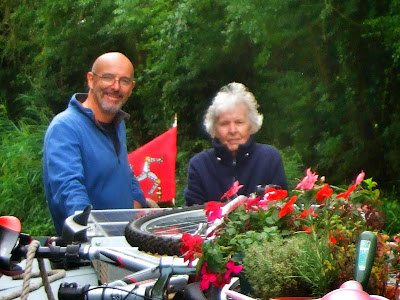 In places the River Cherwell runs parallel to the canal and so close that Sue could sit on the boat on the canal and fish in the Cherwell. The scenery starts of in woodland and slowly gives way to open farmland as we reach Lower Heyford.

Rain comes in fits and starts at Pigeon Lock after Northbrook Lock it becomes persistent and heavier, this is the first time we have cruised in wet weather and it is almost enjoyable in a refreshing sort of way. Above Dashwood Lock the rain eased and then stopped and as we moored for the overnight stop the sun was peeping through the grey sky's. Moored at Lower Heyford, no Internet signal.