I was up and out at 0600 hrs with the dog walking from our mooring near Hampton Court Bridge to Kingston Bridge and back. It was a lovely walk along the towpath in the early sunshine, joggers and cyclists were out in force and we met a few hounds and their owners on the way. We arrived back at the boat at 0830 hrs ready for breakfast. I had 2 x bacon, sausage, fried bread, beans, toast, bubble & squeak and coffee in the local cafe over the bridge. The dog had some granular stuff with water on the boat.

We set off about 1100hrs and passed Ravens Ait Island 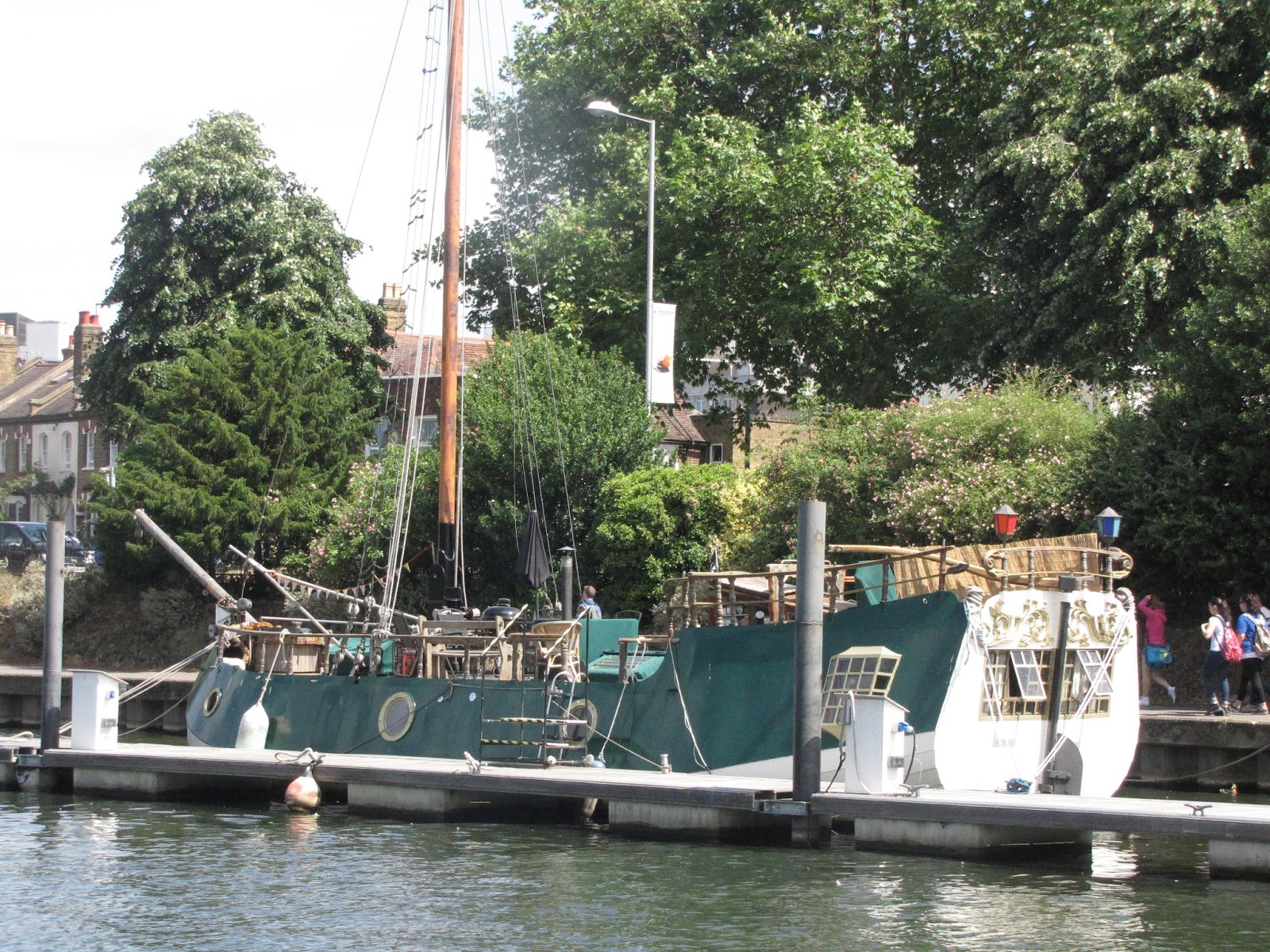 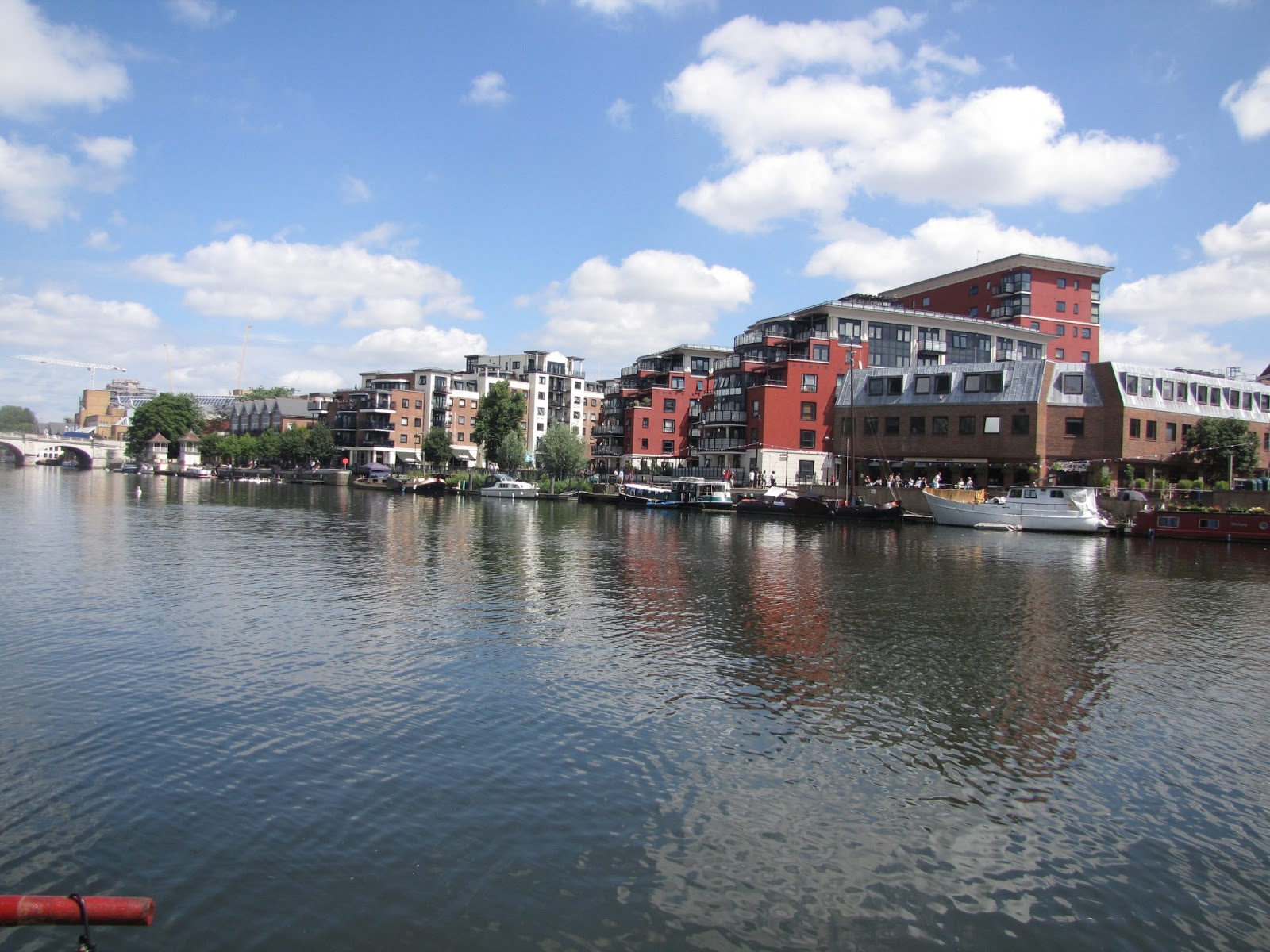 Kingston hasn't done a great job with its waterside vista's 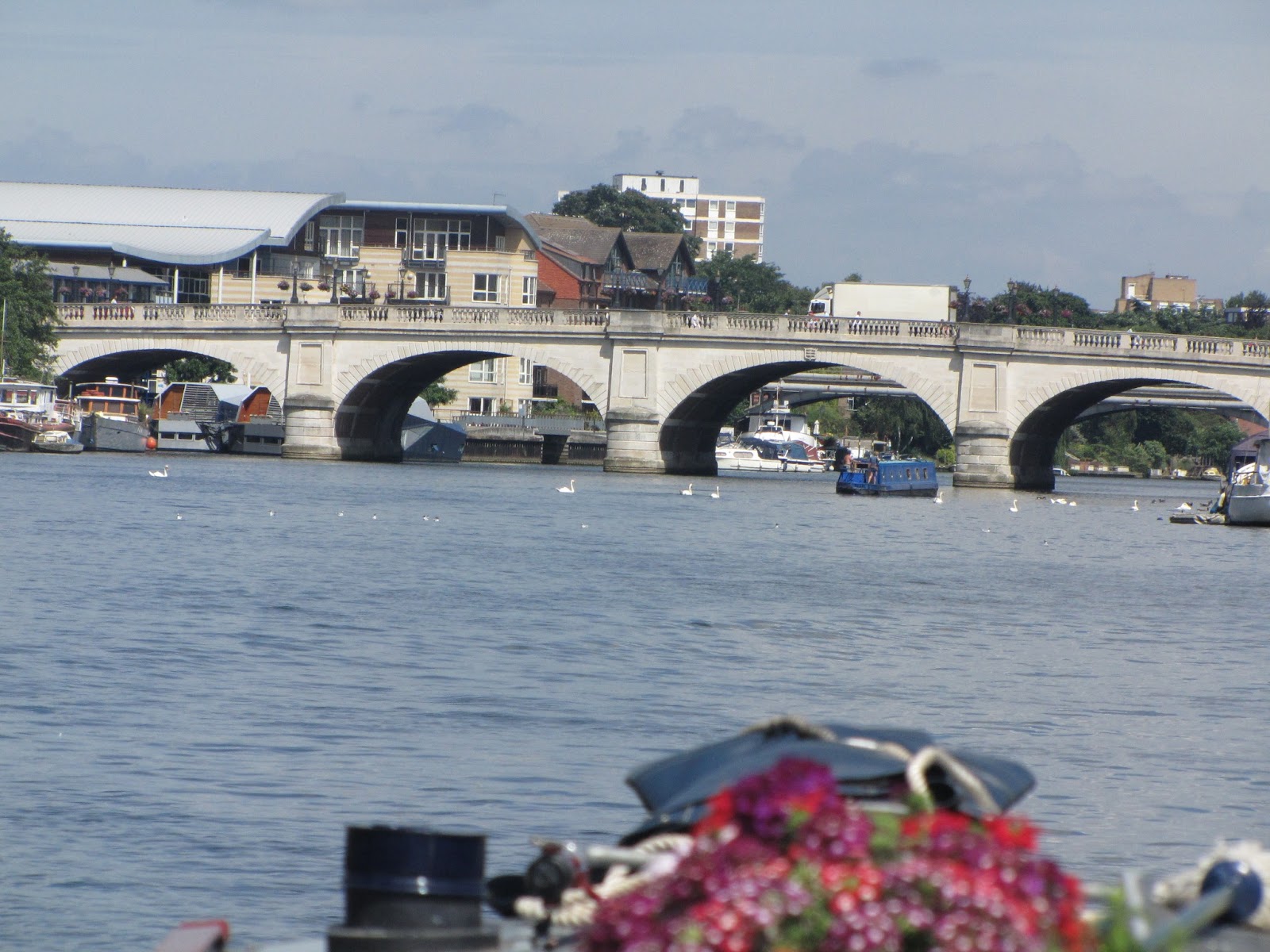 Kingston upon Thames bridge built-in 1828 to replace an earlier wooden one.

We are now moored on the edge of Bushy Park

The girls went into town for some girlie stuff and Sue was glad to find a Whittards as the one in Windsor had shut down. Sue enjoys the Turkish apple tea which we had run out of, so the cupboard is now well stocked with her favourite blends.

I also went into town when they returned, for a new bicycle pump, some fuses, and a 13ml spanner for that tricky bolt on the fuel filter. I also popped into the Bishop of Residence for a cool drink where I had the most expensive pint I have ever bought £4.75 and it was served in one of those floppy plastic glasses because I wanted to sit in the garden. I won't be going back there in a hurry.

I cooked tea tonight another of my one pot specials . Sausage leek and potato hash.