Spent the weekend at Lower Heyford ,where we are moored there is absolutely no phone or data signal, so no blogging, calling or texting. 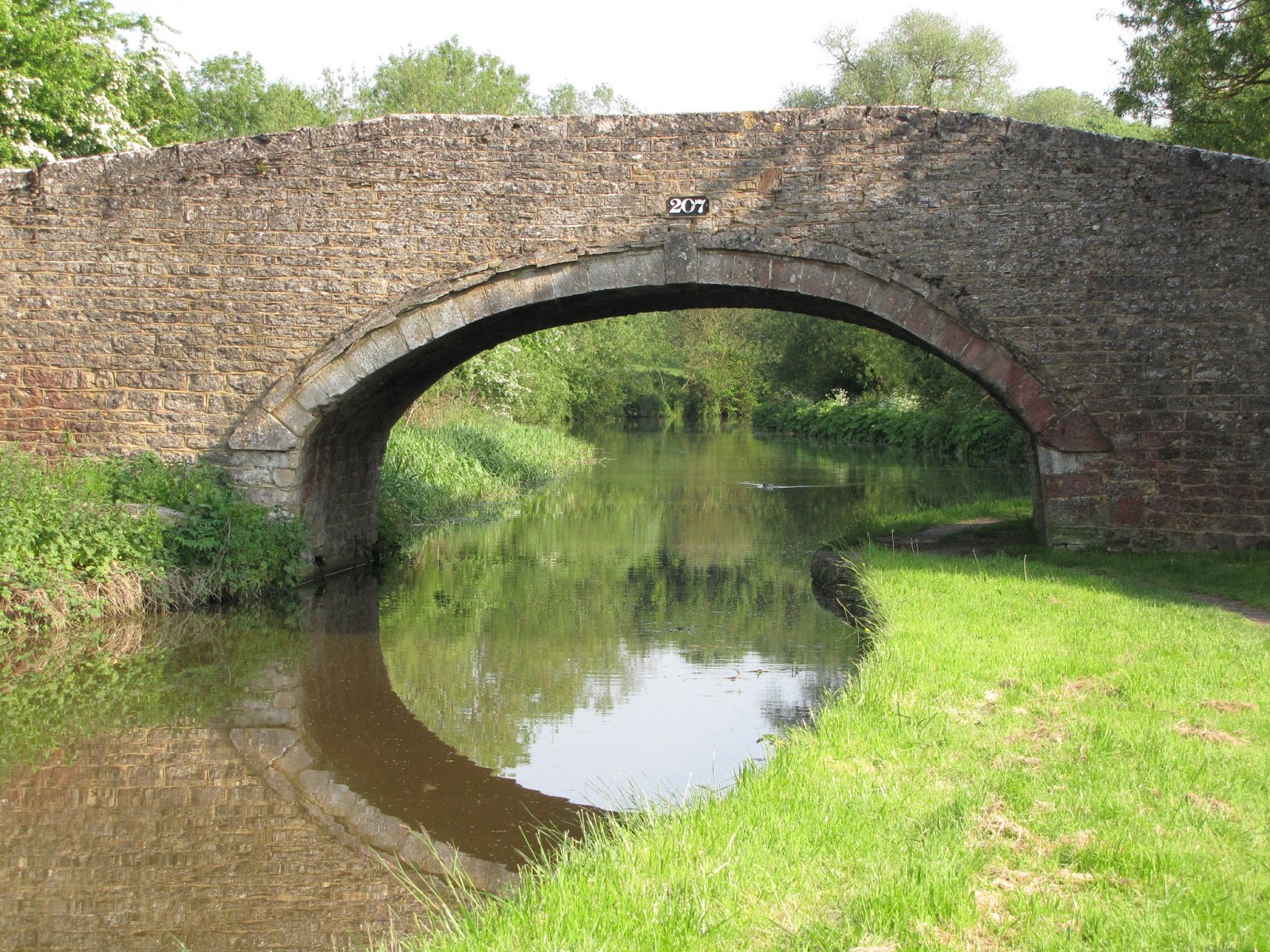 View from our back door

Friday was warm and sunny and we had a relaxing cruise to Lower Heyford a canal side village with one road in the same road out. While Sue was fishing I got my beer hunter bike out and cycled to The Bell Inn a 2013 CAMRA pub of the year finalist ,where I enjoyed a pint of The Bell Ale in the company of Freddie.
Freddie plays Ashley's father Sandy in the Emerdale TV soap. True to character he only had £1.20 on him so couldn't stand his round. 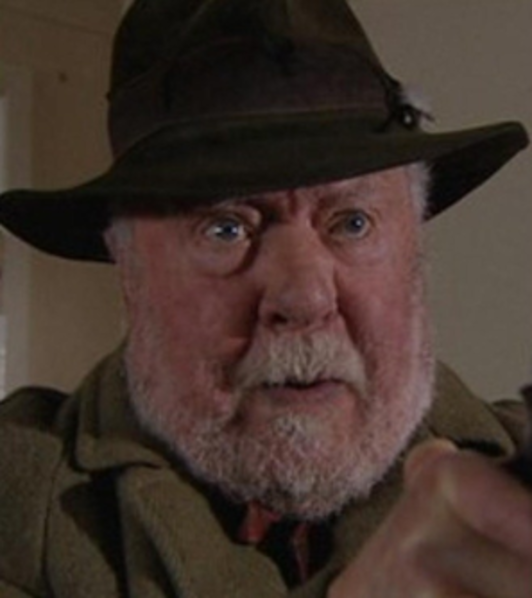 We saw three King Fishers today one landed on the tiller pin to have it's photo taken but as Sue was getting the camera out a jogger on the towpath frightened him away. 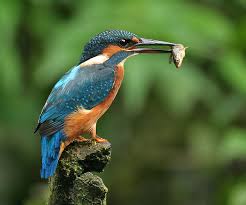 Saturday another warm and sunny day

I decided to rub down a few rust spots on the roof and was surprised how many there are once you go looking for them. 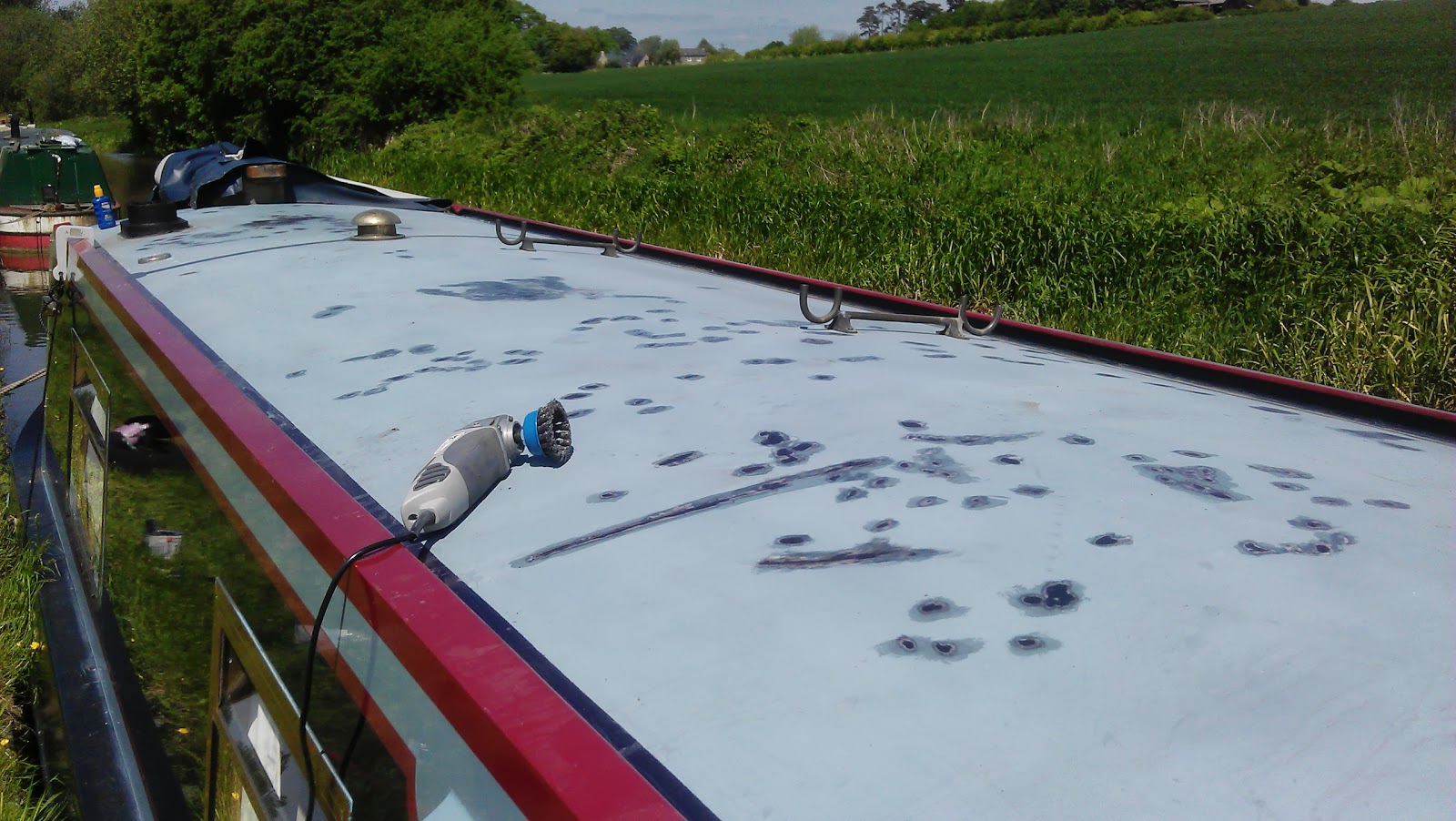 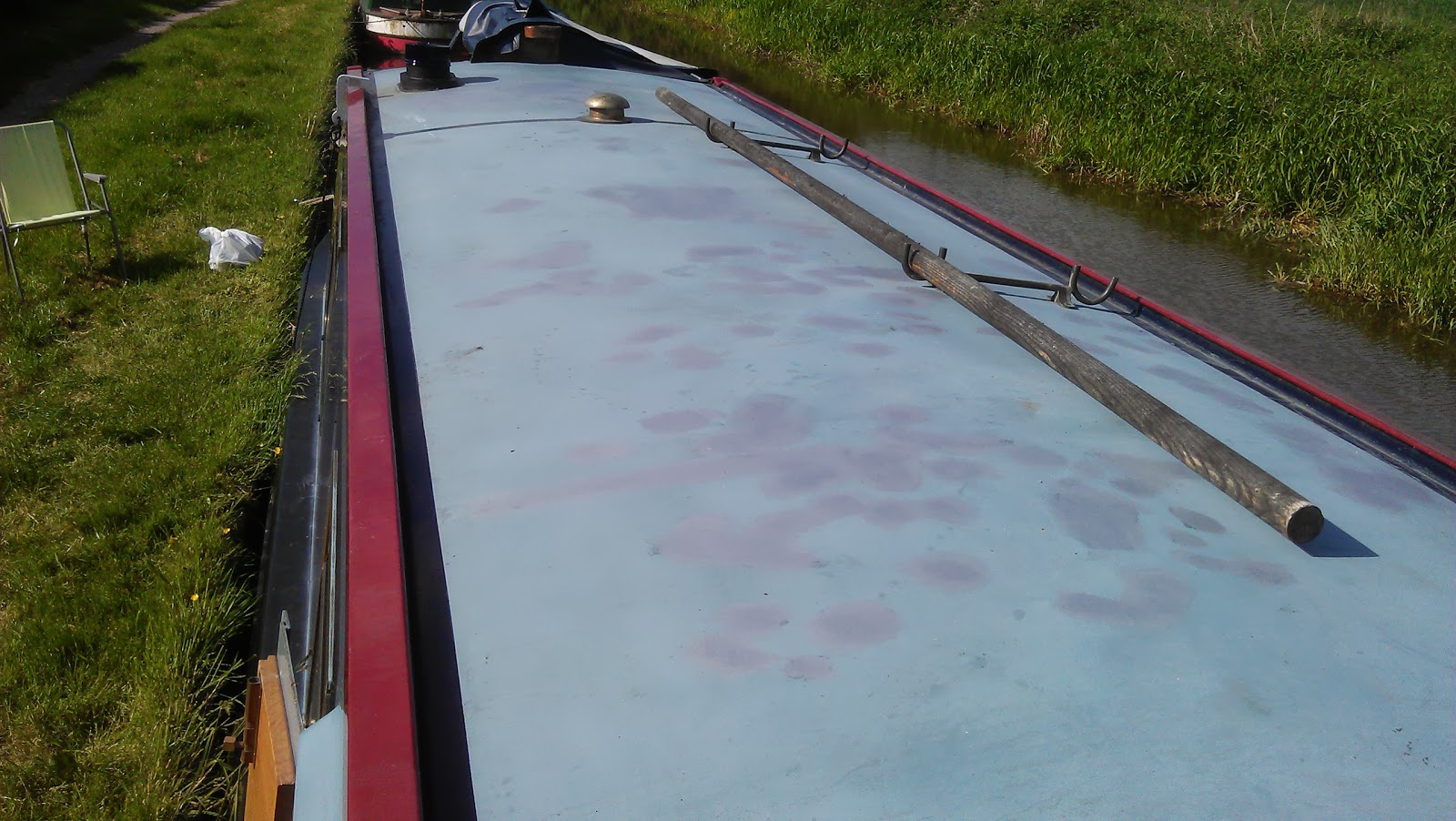 Then a dab of rust inhibitor followed by two coats of primer, I will have to wait till I get a match for the top coats , Sue thinks the colour is Wedgewood Blue I'm not so sure. This work took most of the day, in the evening  we walked to the pub and decided to have our tea there, hunters chicken and sausage and mash.

It's sunny again, in the morning I tackled the cratch and gave it a good sanding down followed by a coat of wood dye and a coat of varnish. Then it was back on the beer hunter and a cycle down the tow path to Upper Heyford, at Allen's lock there is a sign pointing to The Barley Mow so I followed it up quite a steep incline huffing and puffing and a pushing, I finally got to the top of the hill. Bloody shut !

Set the satellite dish up to watch Brazil V England  and the Isle of Man TT races on CH 4, what a great race it was with the lap record being broken by John McGuiness . The TT races are one of those festivals around the world that everyone should try to get to at least once in their lives.

Today we have cruised about 4 miles and have moored in an isolated spot near bridge 193 but phone and data signal are excellent.

Sue is fishing  it's 1645hrs time to get the beer hunter of the roof. me thinks.

Found the beer in the The Great Western Arms  behind Aynho Wharf .

On the cycle ride back to the boat I scratched my hand on a bramble which tore into the flesh on my little finger.