Topped the water tank up at the Wheelock facility before cruising towards Middlewich, although the sun was out the chill in the wind kept jumpers on until noon.

I decided we needed to carry a spare 100 amp alternator for the leisure battery's as the one on FL played up when we first started this years cruise, it hasn't played up since but better safe than sorry. Spoke to Steve at Kings Chandlery who sold me one for £177.42  " cheaper than Midland Swindlers" says Steve. 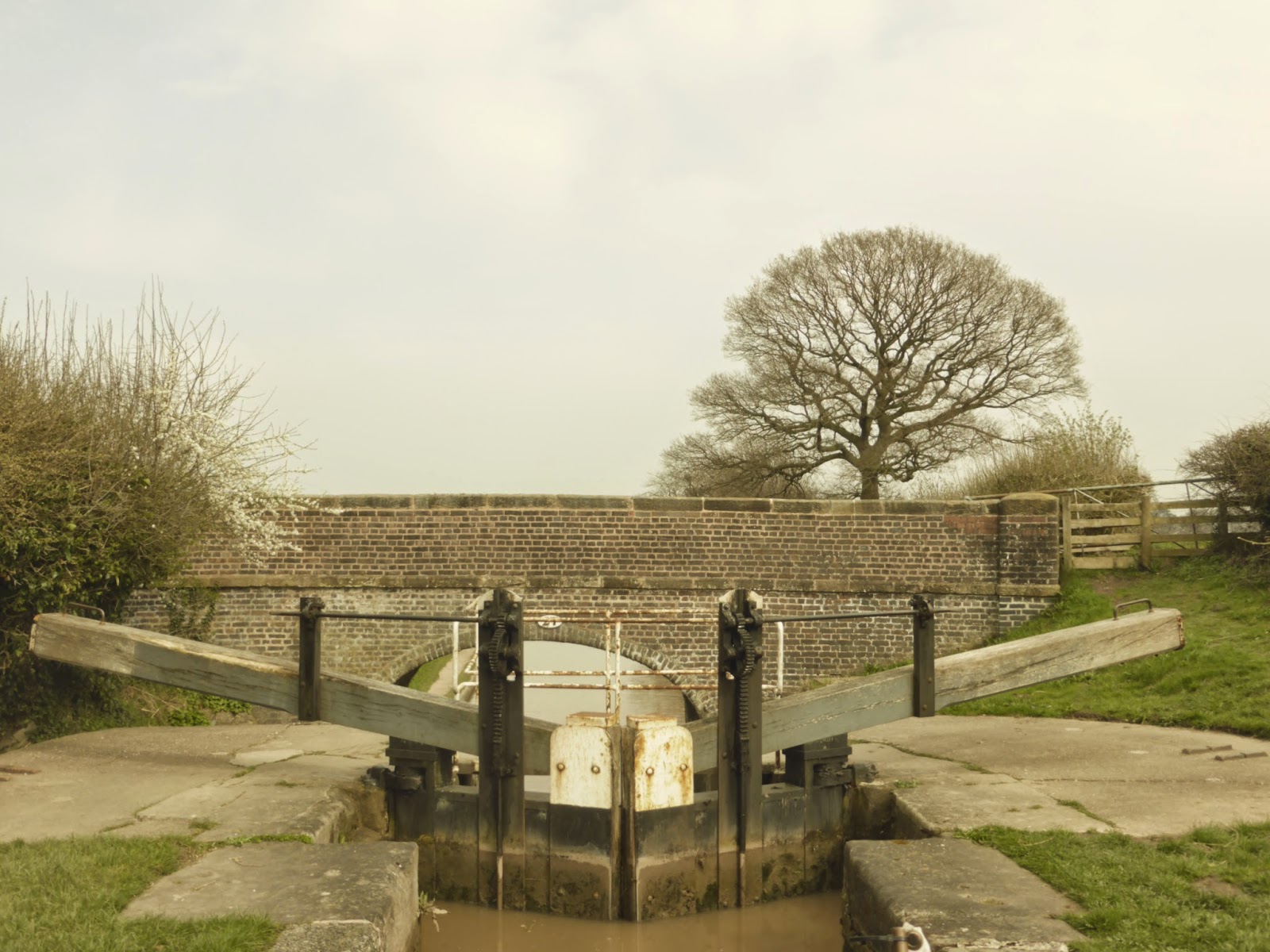 We didn't want to moor in Middlewich so decided to turn off the Trent and Mersey above Kings lock on to the short Wardle canal, through Wardle lock and spend the weekend on the Shropshire Union canal (Middlewich branch).

We have moored before Wimboldsey Bridge on a high embankment overlooking the the river Weaver's top flash. I spoke to a resident Shroppie boater who informed me planning permission has been approved for a link via a set of locks from where we have moored down onto the River Weaver, haven't spotted that one in any canal press, it would make a nice ring though.