We left the mooring at 09:15, a cloudless blue sky but a niggling cool breeze from the east is still present. 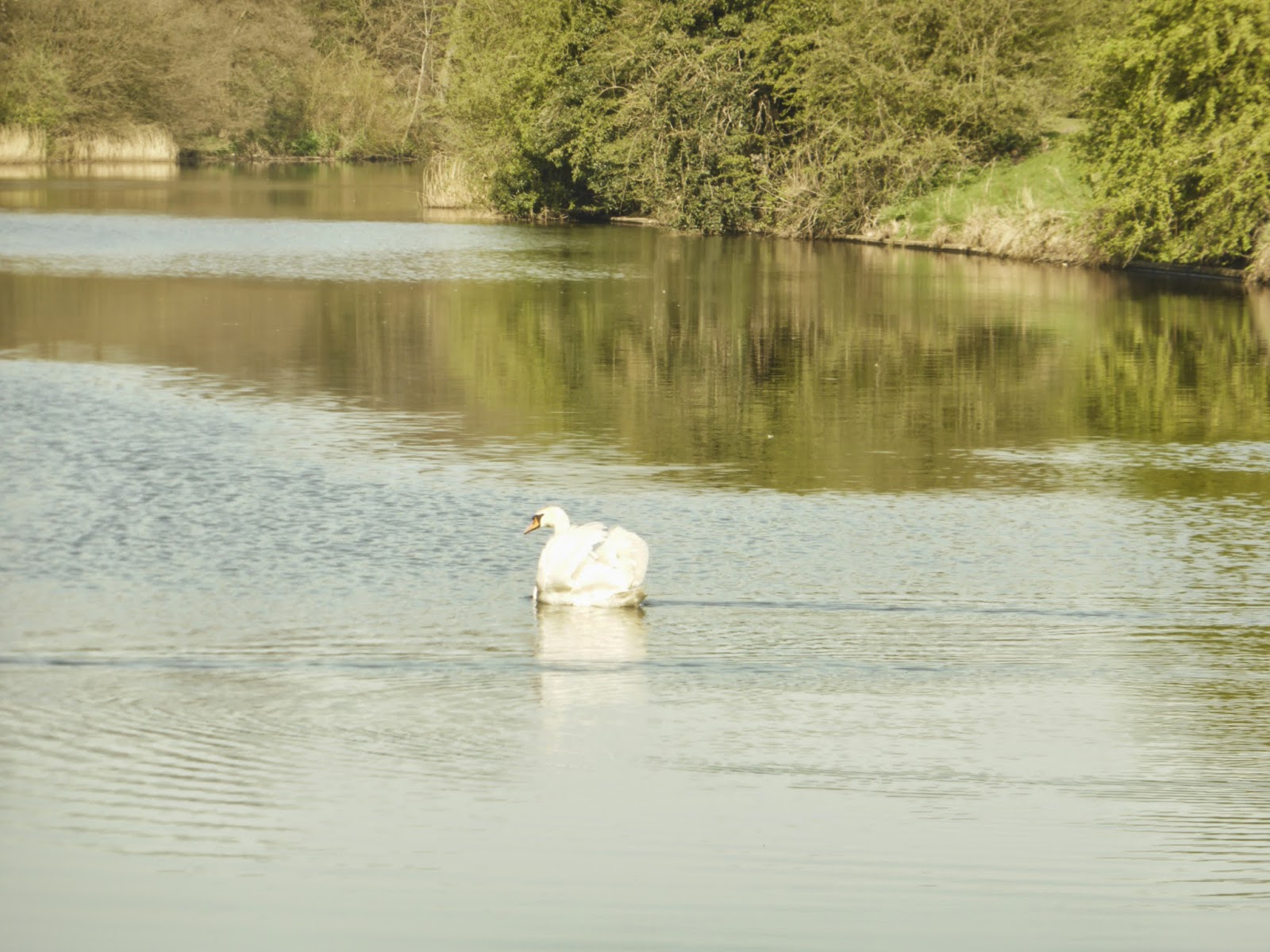 From here the Weaver valley opens out to large farmsteads with fields of cows and sheep, a calf still wobbly on it's legs is being washed by mum. After the M56 the rural setting disappears and is replaced by yet more chemical works that stretch from here to Western Point two miles away, the town of Runcorn is behind these works. The Weaver ends at Western Point a lock at Western Marsh allows passage onto the Manchester Ship Canal. 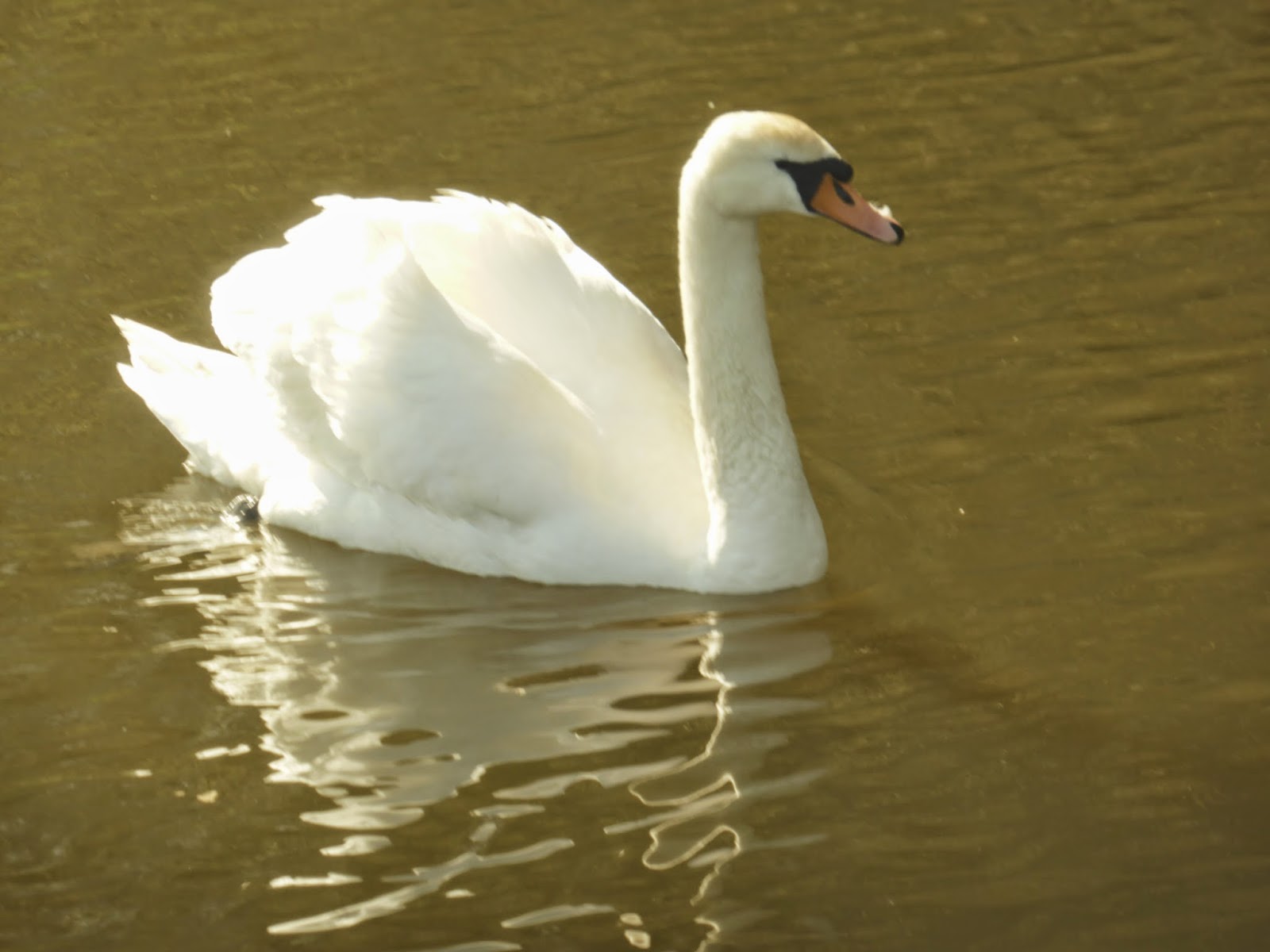 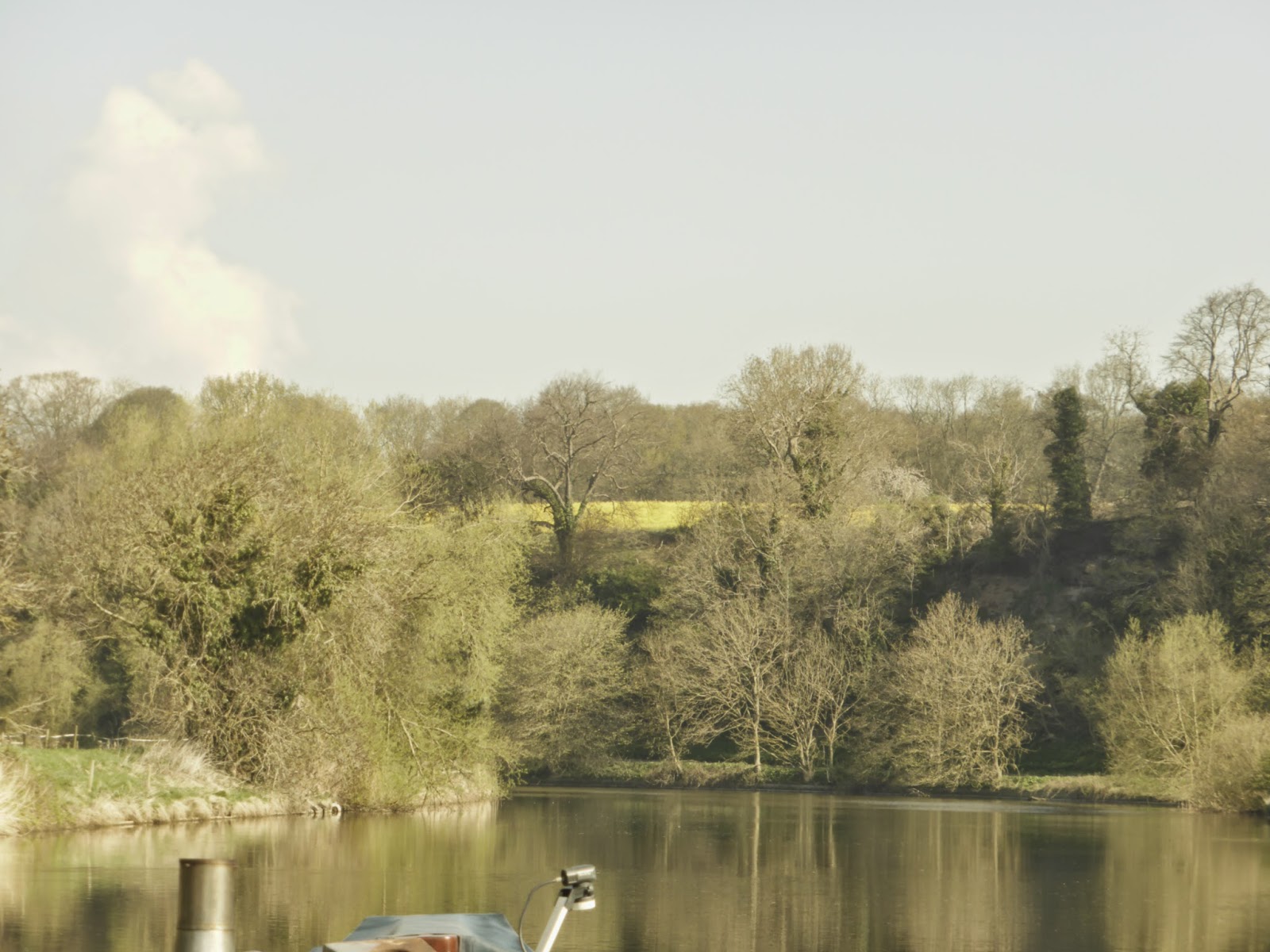 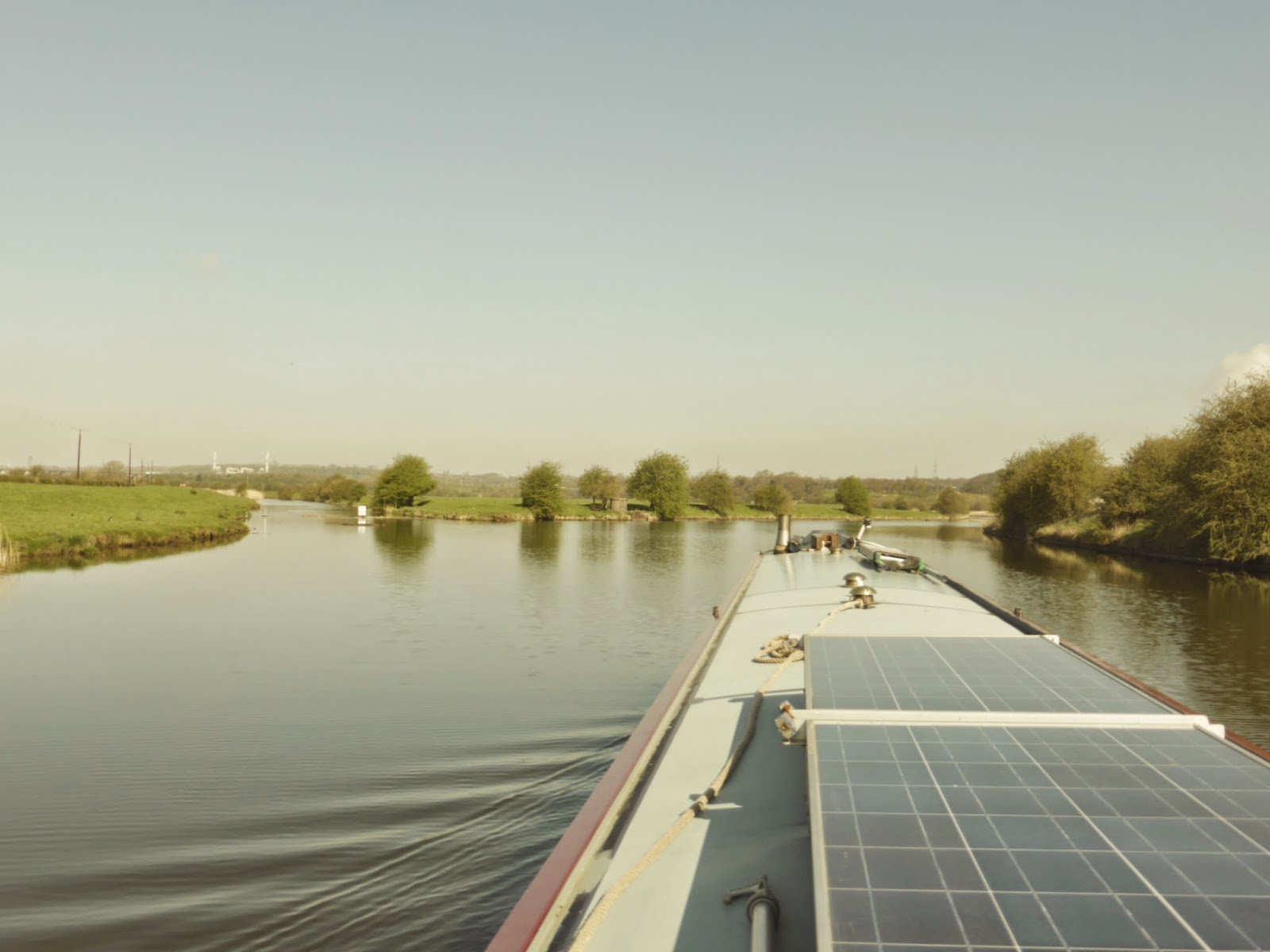 We winded FL, after filling the water tank at Sutton swing bridge we retraced our course and put the pins in at Devils Garden again. 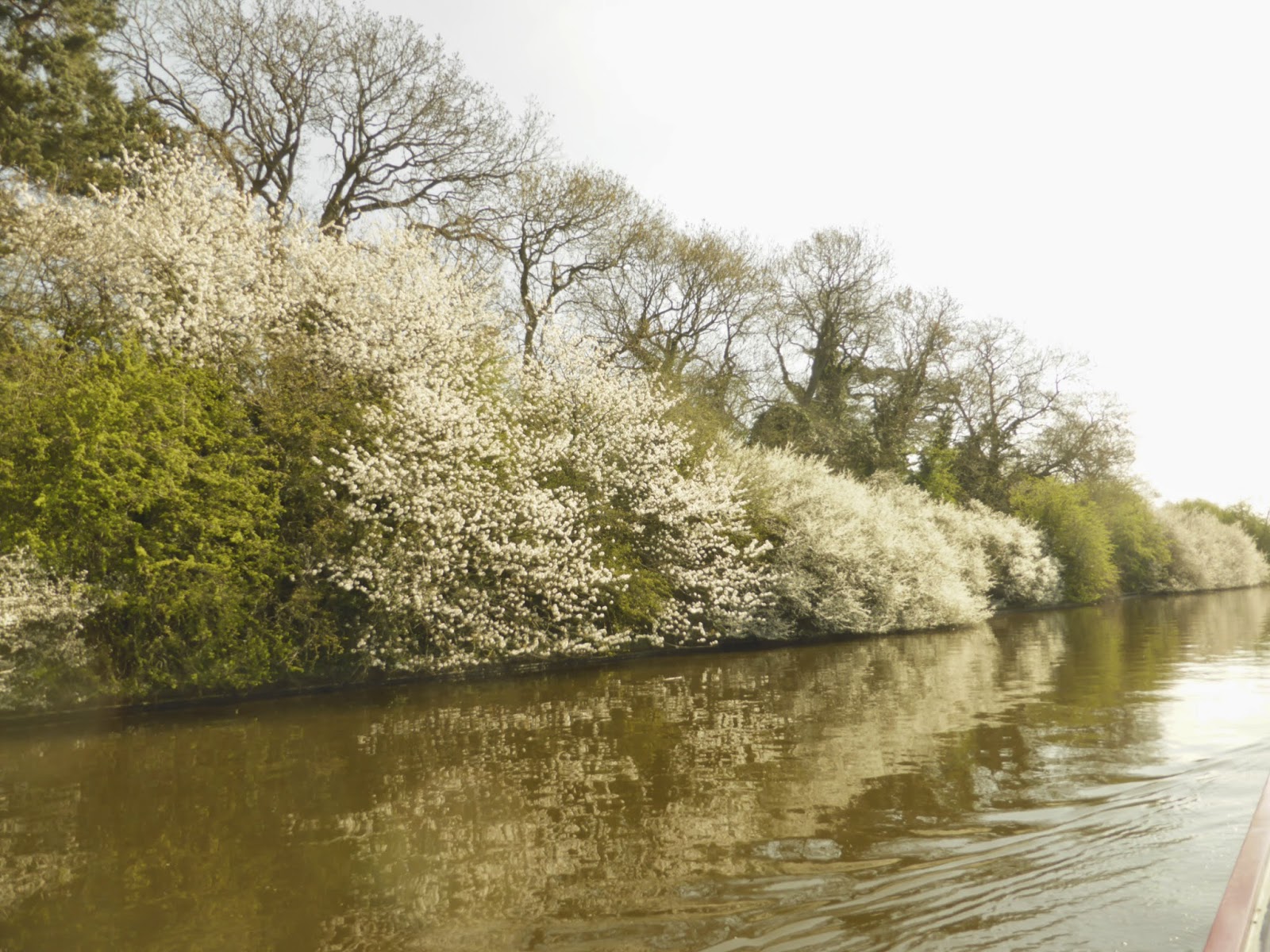 It could be easy to be rude about the Weaver but I wont,  it is what it is, shaped by it's past. A waterway route canalised in places to get 1000 ton ships to the now decaying wharfs to move cargo from industry to the Manchester Ship Canal and the world beyond. The Thames it is not, no affluent residences along it's length but it still has charm with it's mix of industrial and rural sections. It has huge locks with very friendly and helpful lock keepers, there is  hardly a flow to the water, it has history and some fine bridges..... and of course it has the Anderton Lift, a stand alone reason to make this trip.

I have been researching Devils Garden on the river Weaver to how it was so named, the best explanation is from Frodsham's Brewery who also make an ale using the name.


"It would seem that Devils Garden is a name the locals have given to an ex marl quarry in Kingsley. When the quarry closed it became a marshy area and it is reputed that animals including dogs and even people have fallen in NEVER to be seen again!"