Tuesday - Our last day on the Weaver, we had a trip to Northwich to have a look around the town. The Victorians have built many Tudor style buildings in the town, the pedestrianised high street is still thriving where other towns have lost their soul. The Sunday Times rated Northwich as one of the best places to live in the UK. 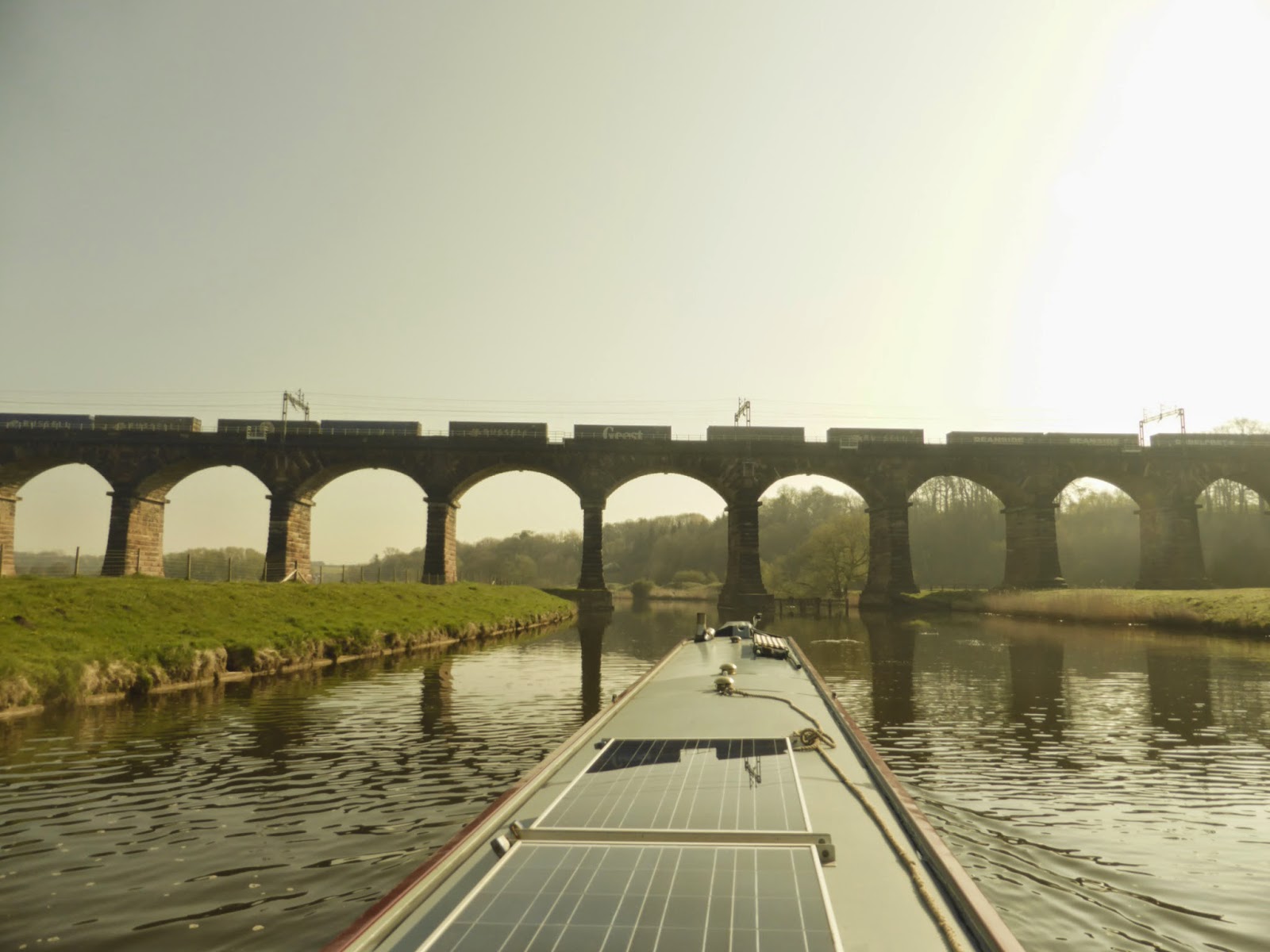 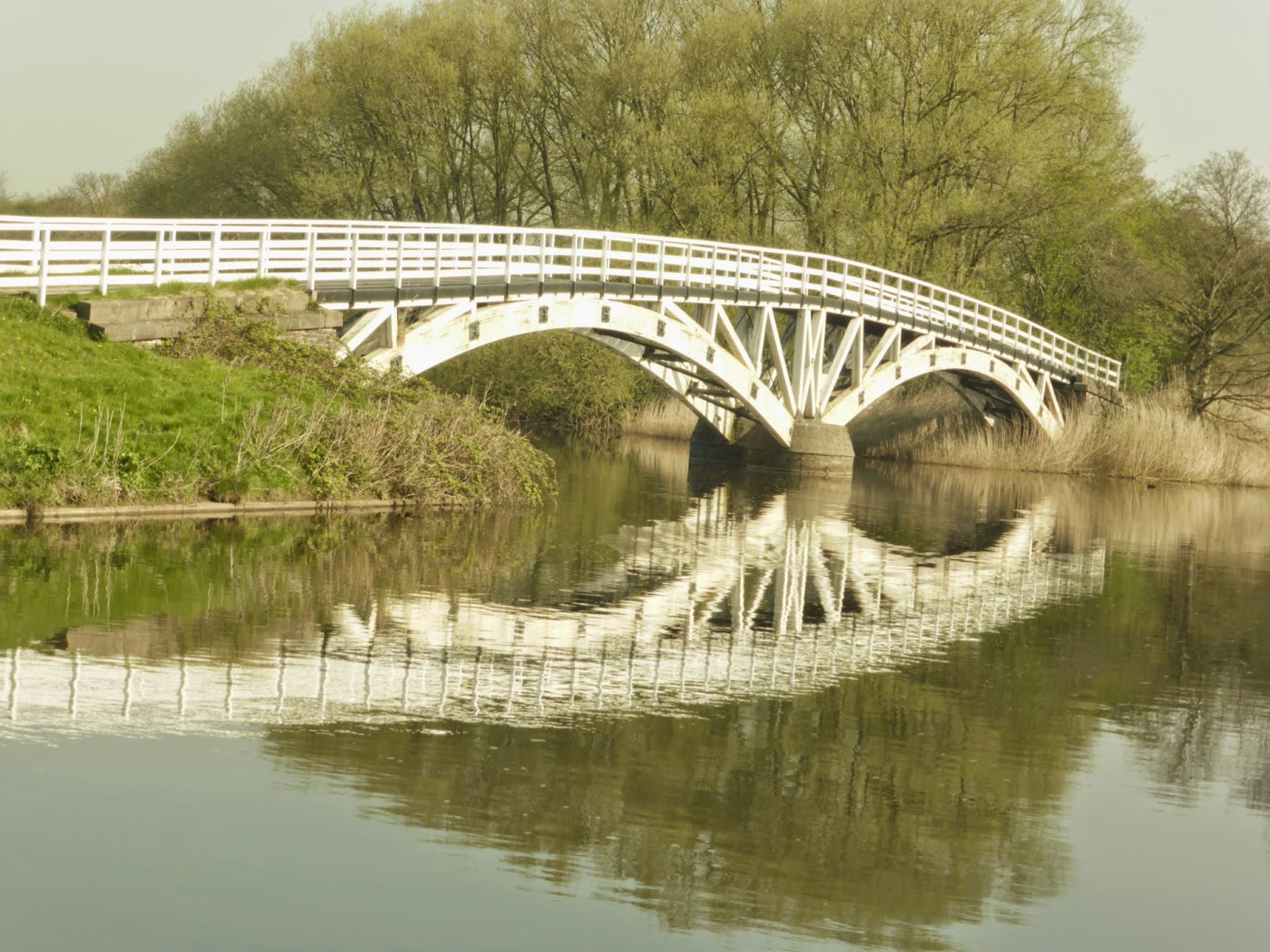 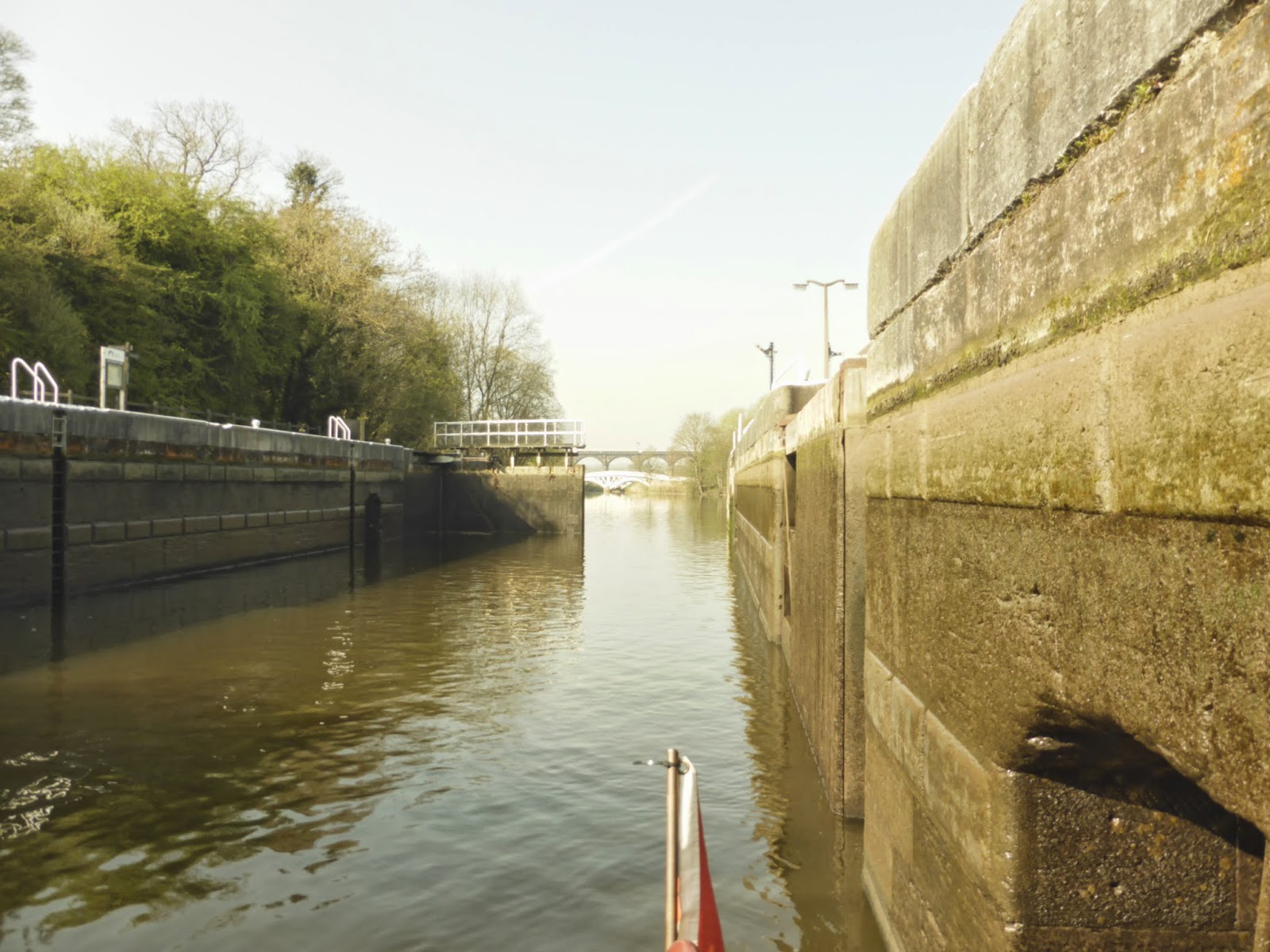 Next it was back to the Anderton Lift where we shared the caisson with NB Chloe, the eccentric skipper Gordon dressed in a 1950's life vest, shorts and green socks pulled up to his knees, a veteran of many lift journeys, a thoroughly nice chap who reminded me of Griff Rhys Jones.

Back up on to the Trent & Mersey we turn south and moor near Marston. In the evening we walked the towpath to The Salt Barge a where we both enjoyed a Tatton Brewery pint of best.

Wednesday, we moved along the canal in the continuing sunny weather mooring at one of the flashes, a feature of the landscape around this area formed from subsidence from salt mining.

Sue received a message from Sharon on NB Oakapple that they were just leaving Middlewich and would be with us shortly....good job we have a stock of red wine. ..I heard the distinct note of Oakapples Gardener 2LW engine a good 15mins before they came in to view, time to get the kettle on.

Once tied up Sharon & Richard came aboard for tea and cake, twenty minutes later the first bottle of red was opened and before we knew it was late evening and we hadn't had any dinner. So we pooled a few bits out of the fridge's and retired aboard Oakapple for Nacho's and  a Titanic beer.


Thursday, both crews decided not to move as it was another glorious day. The morning saw paint and brasso come out, the afternoon saw tea and G&T's on the canal bank while we all worked hard doing nothing in particular.

In the evening Sue made us all a tasty pork goulash, which we had with wine and laughter. There are now 5 empty bottles of wine to dispose of .. this oakapple crew are a bad influence