Anderton Lift to the River Weaver.

Thursday - We left our Bramble Cutting mooring at 09:45, the sun was out but a cool breeze kept jumpers on till noon.

For about 4 miles the canal weaves it's way through rural countryside bisecting farm land for much of the way. The bridges we are passing under are for farmers vehicles only, there are a couple of new marinas under construction on this stretch one looks almost complete. The rural splendour is halted abruptly at Rudheath where a vast chemical works is sprawled along the offside, it's enormous, steam is belching out from various vents and chimneys around the site. There is another even bigger chemical works on both sides of the canal on the outskirts of Northwich which must keep the entire population of the town in employment. Seven large pipe bridges connect both sides of the works across the canal, I feel like I should be wearing PPE to pass through.


The canal reverts back to a rural landscape with a blip at Marston where the old Lion Salt works has had £9m of lottery cash to turn it into a museum, looking from the outside it's hard to see where the money has been spent. 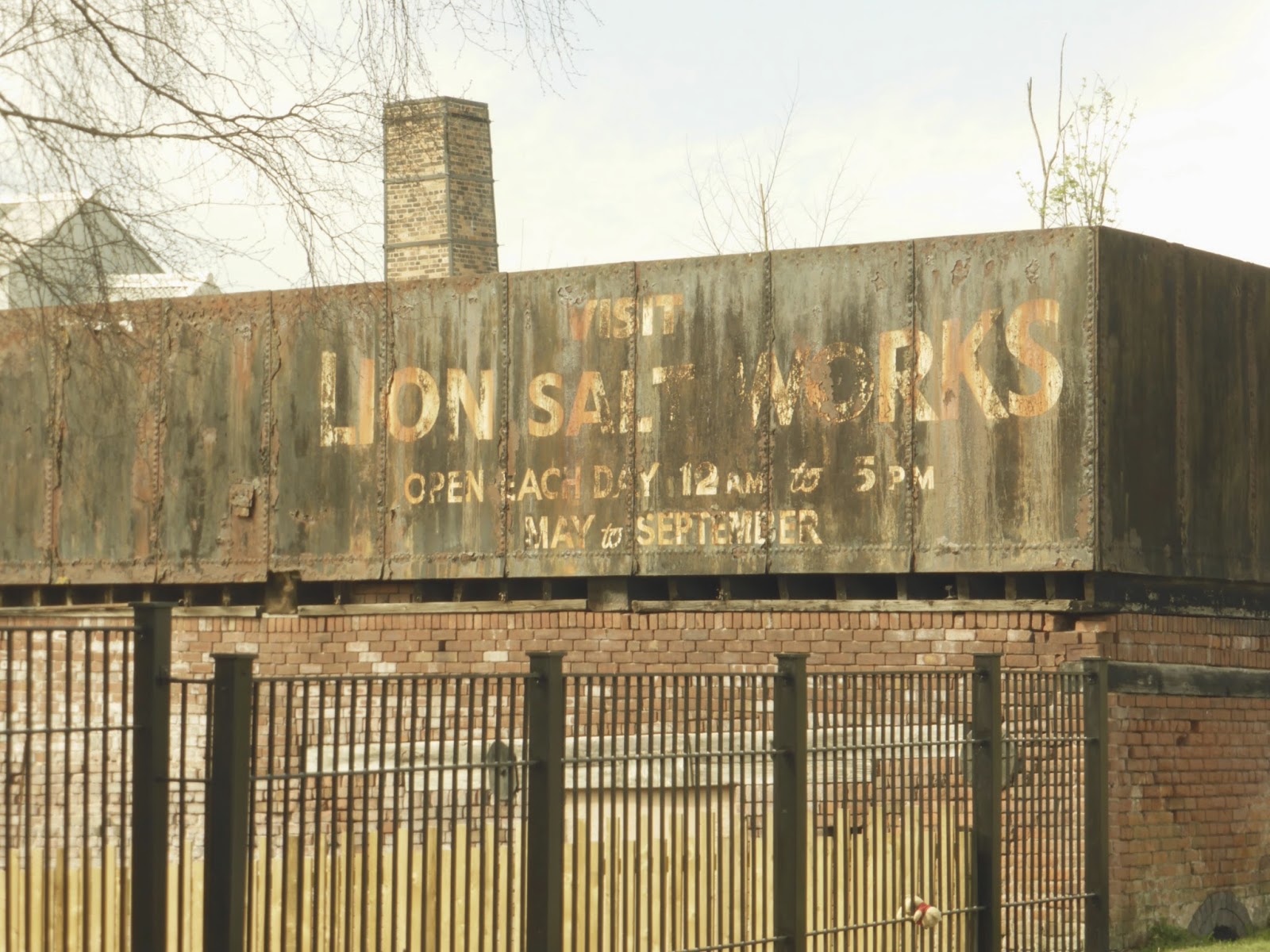 We are now heading for the river Weaver, to get to it we have to use the Anderton lift, a meccano set construction built in 1875 which has been revised and modernised over the years. I had written a whole essay on the beast but decided against publishing it. All I will say is it is awesome. If you want more information click here. 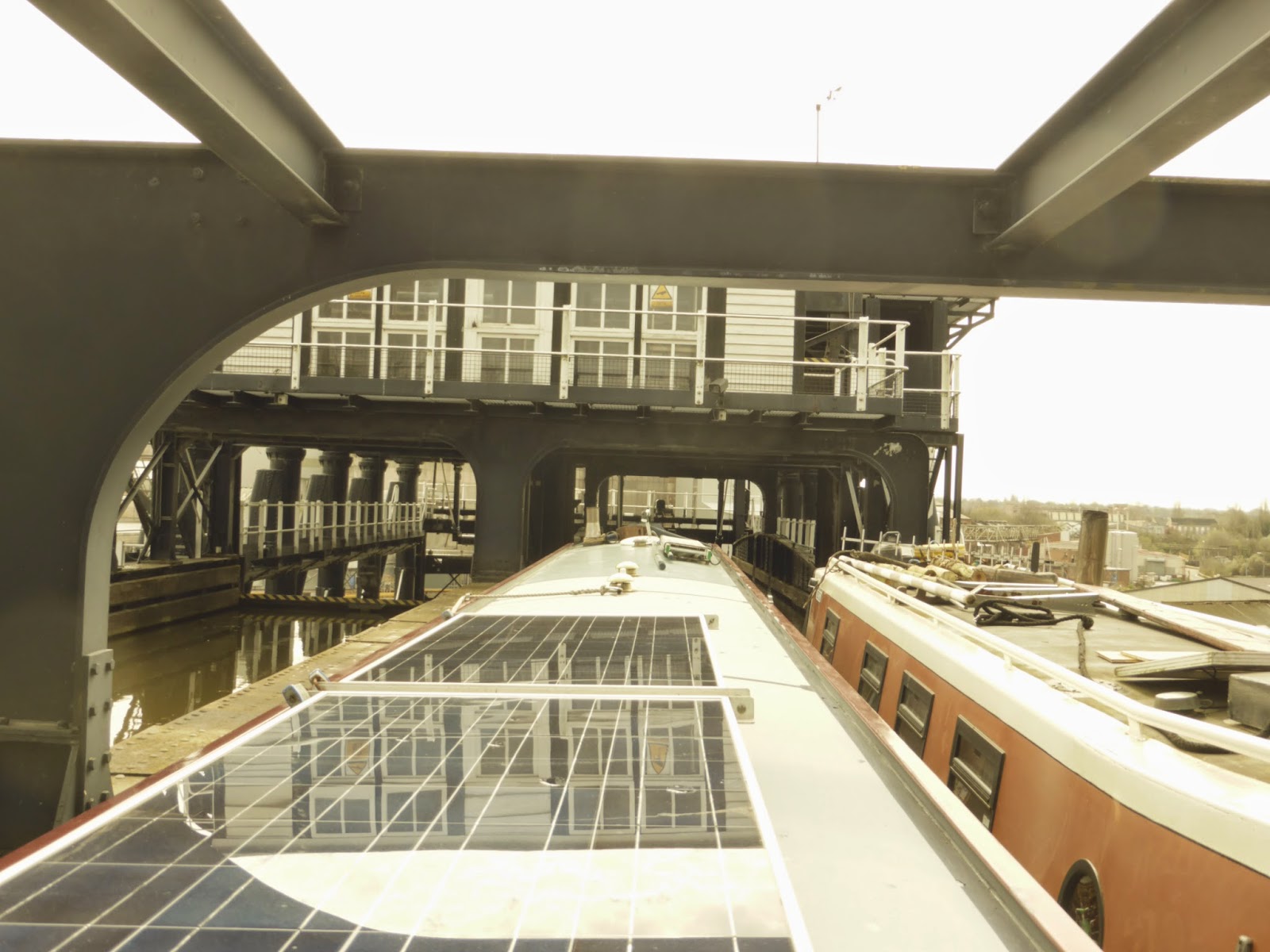