Wednesday - We were up early and away at 6am, we crept past the sleeping boats as quietly as a 17 ton diesel powered narrowboat will allow, pulled in to the Stop House water point to fill with water. We cruised down to the bottom lock with mist rising from the warming canal water. The sun was shining but it was fleeces on in the chilly morning air.

As we exited the first lock a single handed boater arrived to come up the flight, we got the second lock set and waited for him to catch up and we did the next five locks together. Locks all done we cruised through the mighty Braunston tunnel with not a slither of FL's paintwork being left behind, no other traffic coming from the opposite direction helped.

As we exit the tunnel off come the fleeces as we cruise down to the junction and turn sharp left onto the Leicester branch of the Grand Union Canal, we moor up to have breakfast of tea and bacon banjo's.

Just before the Watford locks a lady signals to me to pull in, which I thank her, for it saved me the embarrassment of passing a queue of boats waiting for the lock. Passage up the Watford flight is controlled by a jovial but strict lock keeper, Sue went to find him and book our passage, we had an hour and a half wait for our turn to ascend the locks. no matter we spent the time chatting and getting to know the other queuees  around us.

The next obstacle to negotiate is the Crick tunnel here we had a bit of a caffuffle when we entered the dark interior I shouted to Sue to turn our tunnel light on.. she confirmed that it was on .. after a few moments of panic at not being able to see, I remembered I was still wearing sun glasses!  ....what a dummy.

The show moorings at Crick are all set out along a mile of towpath with boats names on signs in the hedgerow but after Sue doing the walk twice alas FL's name was not there.  A phone call to the marina office confirmed they had no record of our order. This after numerous emails and phone conversations to Waterway World's office about our requirements. A call to WW who then phoned Crick Marina to confirm our mooring, fortunately for us they had a cancellation and could fit us in. Oh well good job us boaters are a laid back bunch and can take these cock ups in our stride.

In the evening we had a drink in The Moorings by the bridge and then walked up to the village and had dinner in the Wheatsheaf. 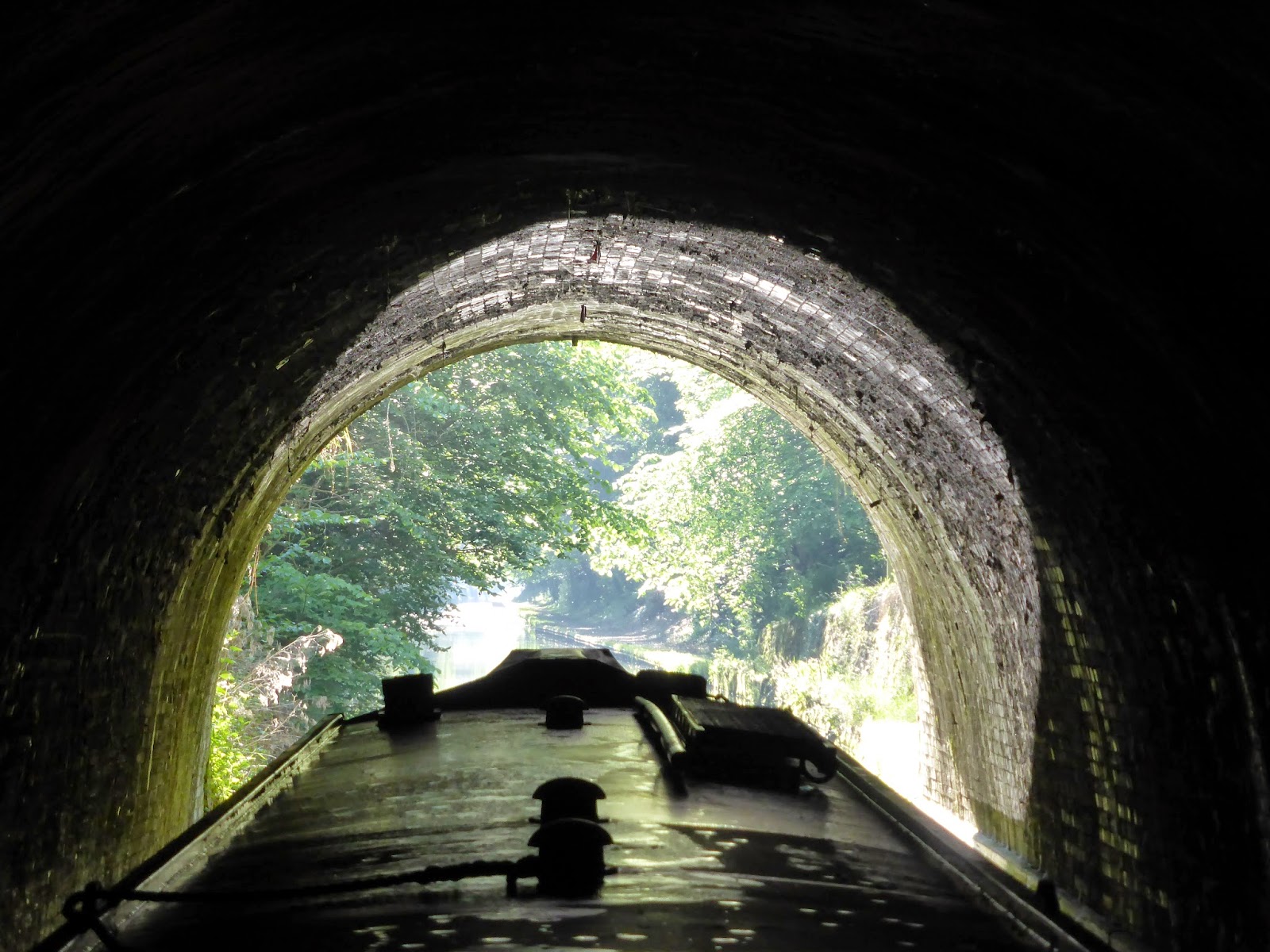 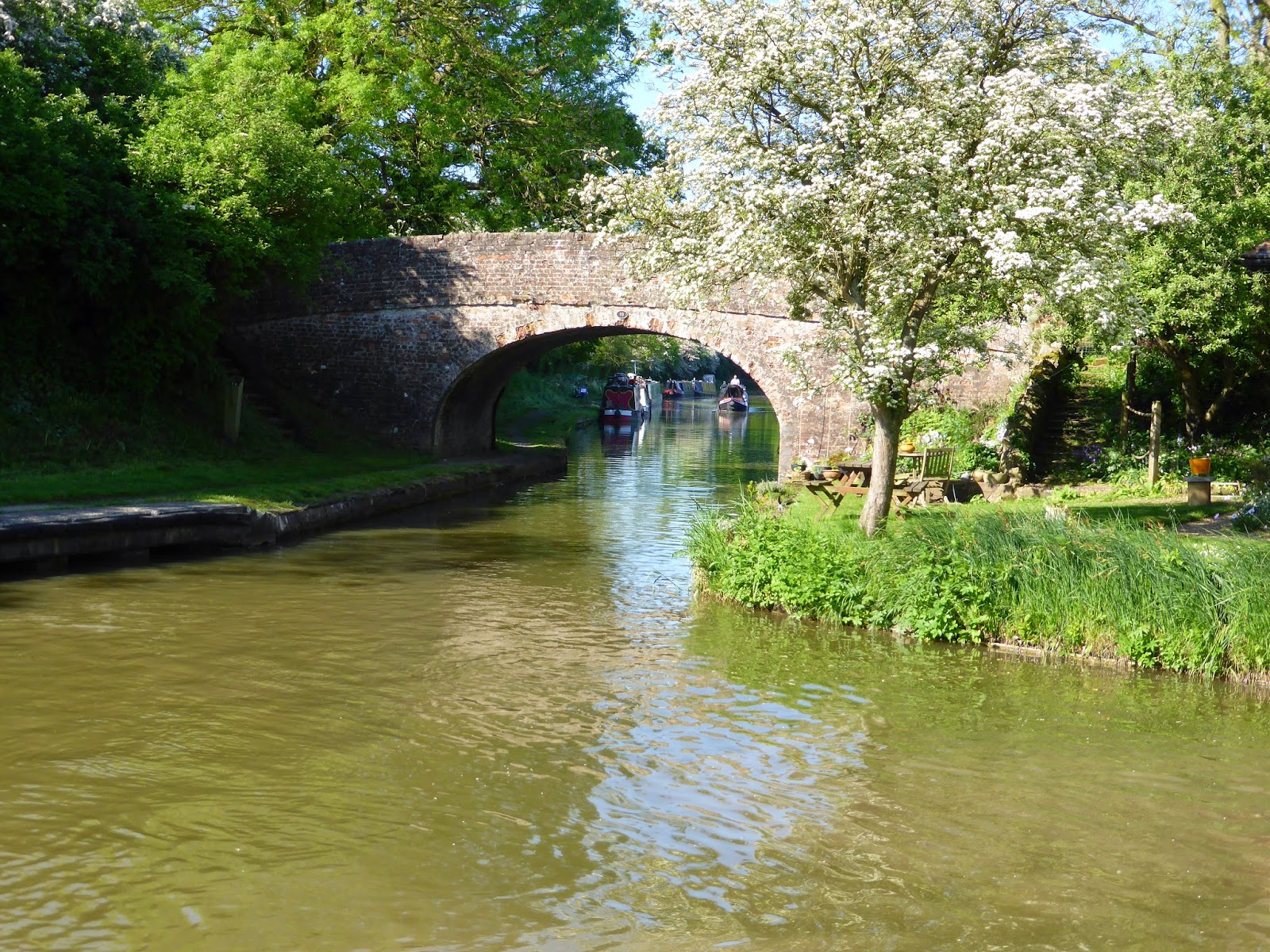