We left the Saltisford mooring at 1300 hrs in real T-shirt weather, turning sharp right back on to the Grand Union canal, through Warwick urban areas and it's appendage that is Royal Leamington Spa with its new housing developments on both sides of the canal.

We are soon into the quiet countryside and the Fosse Locks, we shared the first two locks with hirers Malcolm & Jenny they have completed the Warwick ring in 4 days and were now on their way back to Wigrams Turn Marina. You have to admire the stamina of some of the hire crews. They pulled over at a handy canal side Tesco's while we carried on through some very lovely countryside hidden for the most part by the thick blossom of the hawthorn lining the canal

As we continued to climb out of the Avon valley we do a few more locks and pull to the side as Sue is tired (she didn't get her usual tea in bed this morning). We moored just before Welsh Road bridge/lock, according to Pearson's guide the name recalls the far off days when drovers used the road to drive cattle from Wales to the fattening fields of East Anglia and then on to Smithfield Market in London.

There is no signal for the phone or MiFi here so this blog will be published Friday.

I got the Beer Hunter off the roof and cycled to Little Itchington where ale was found in the Two Boat Inn, returning for a game of scrabble which I lost by one point 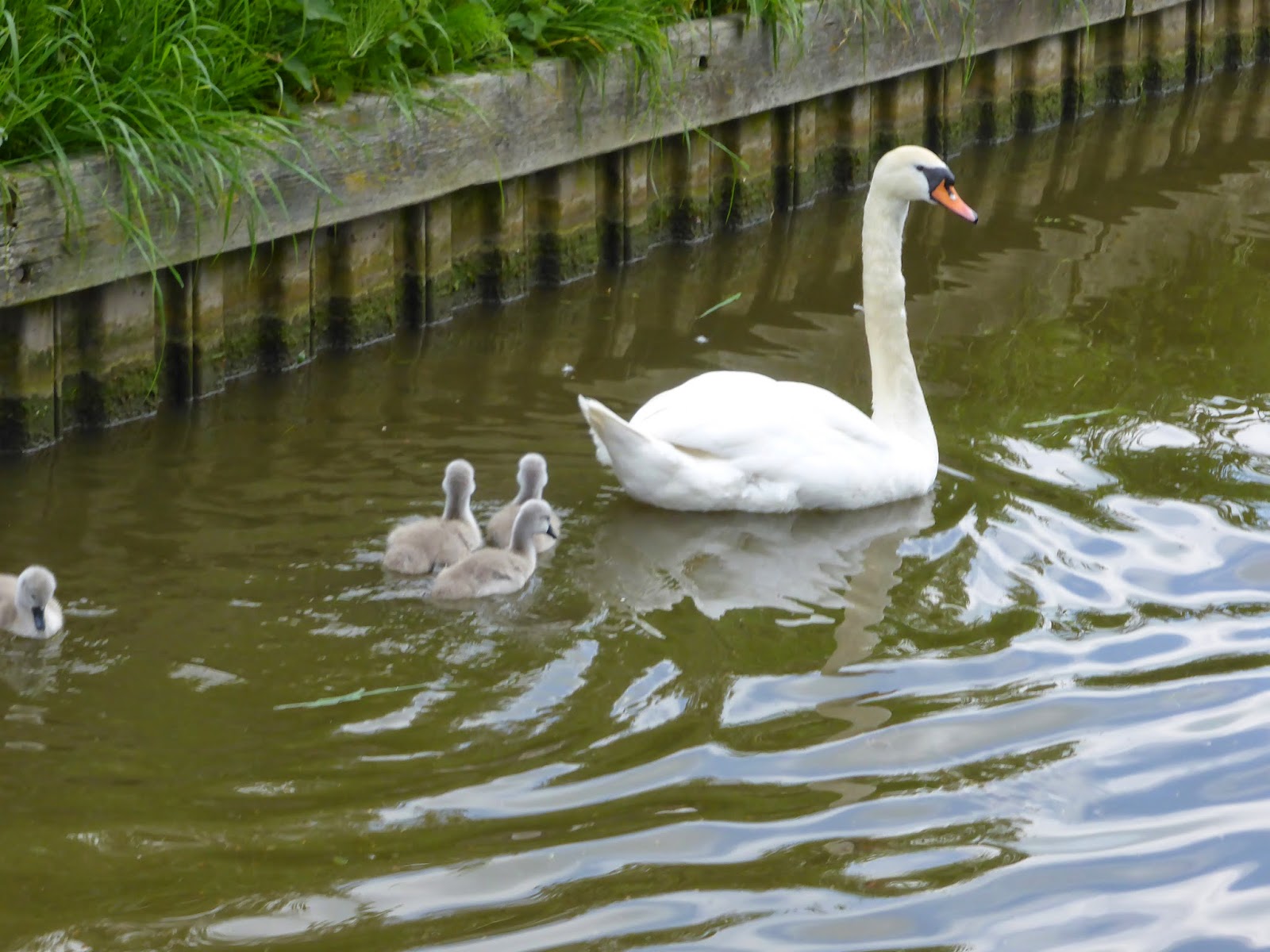 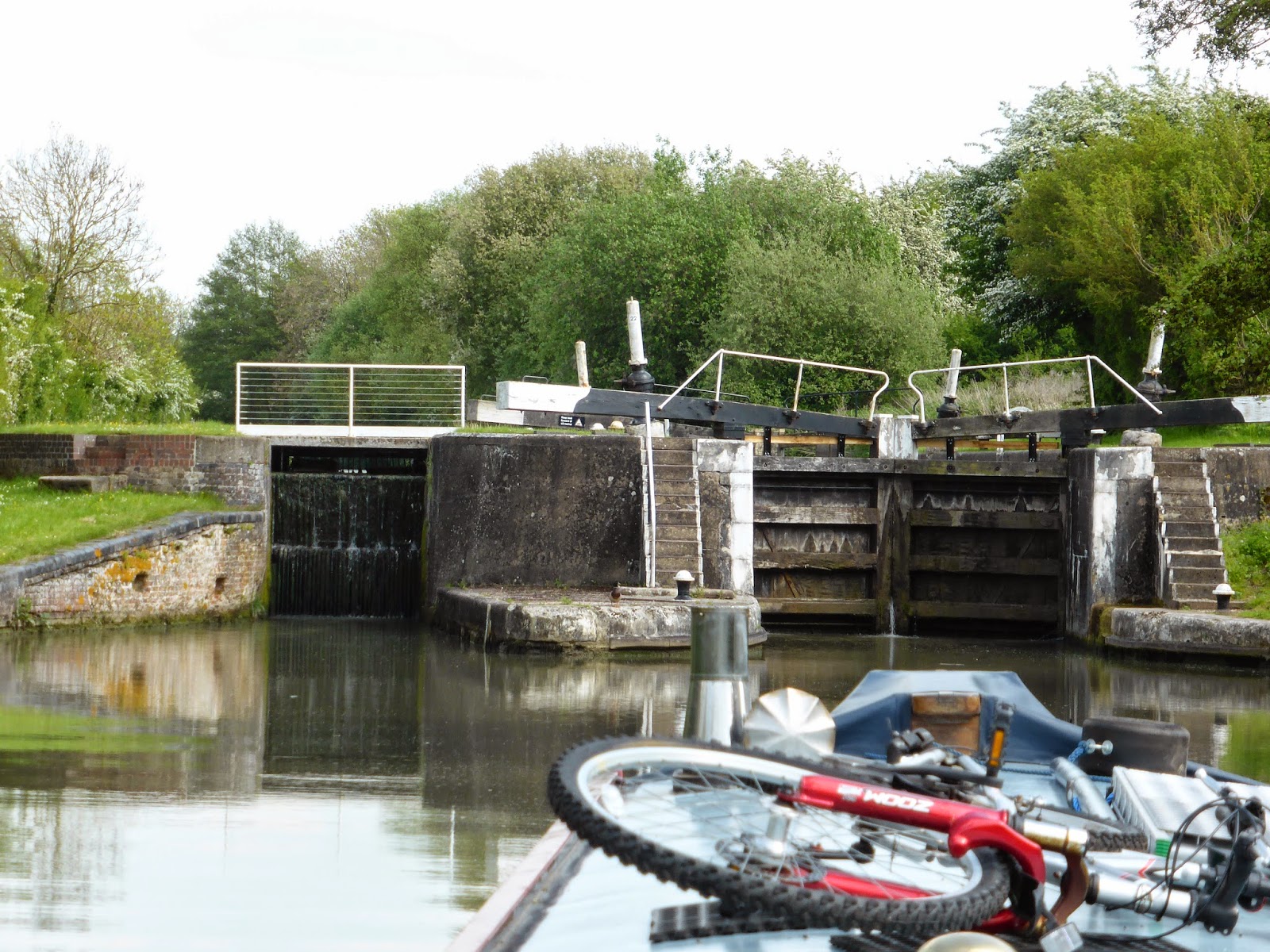 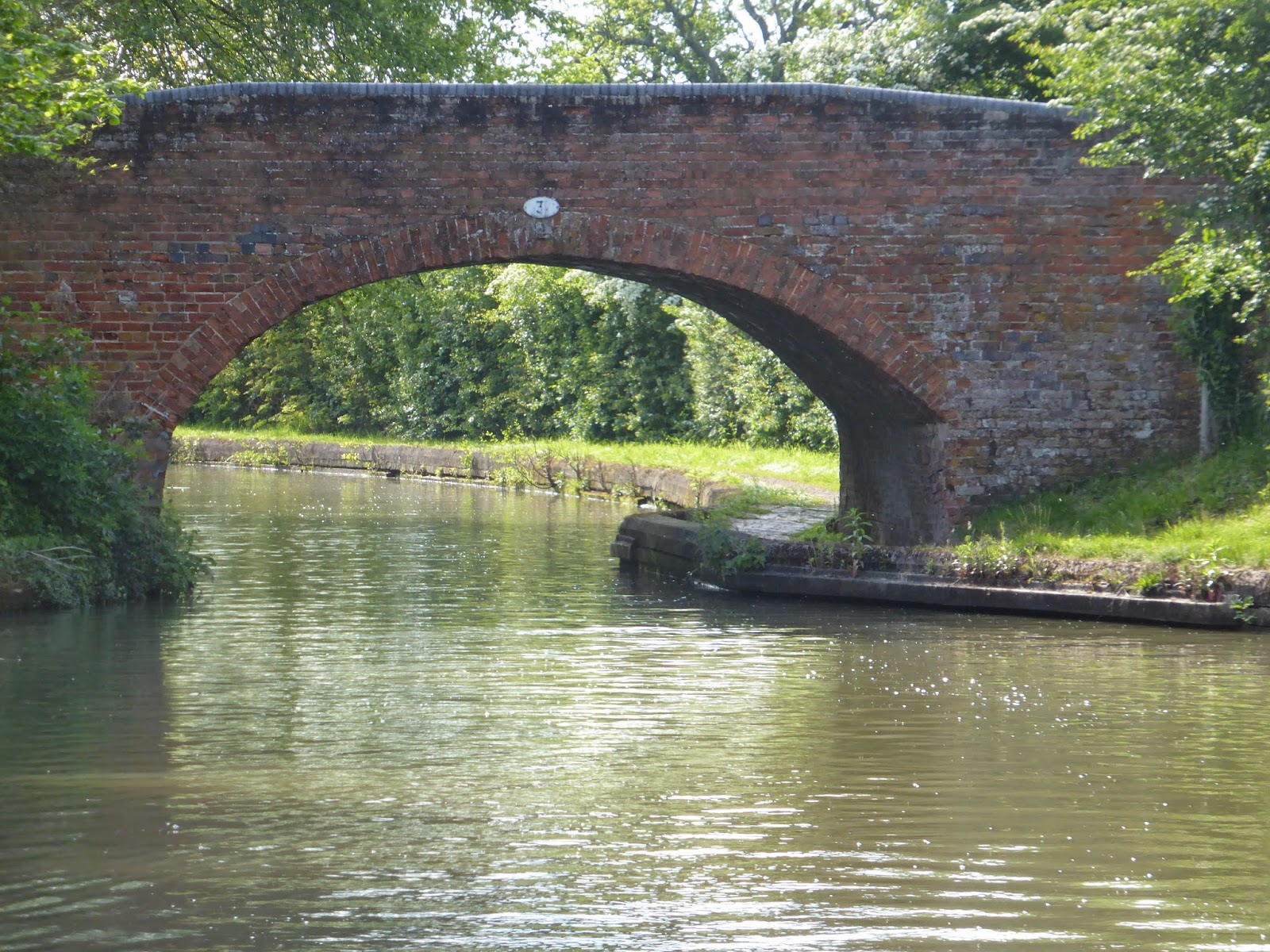 Friday we were awake early so set of at 0700 hrs, it was already quite warm and it wouldn't be long before we were in shorts and T-shirts for another glorious summers day up through Buscote locks and the Staircase Locks just beyond. The hills enclose the canal on its route to Stockton Locks, evidence of old blue lais quarries can be seen, this local stone and cement were used in the construction of the Embankment in London, the Blue Lais pub is passed on the south bank of the canal just before we negotiate the eight Stockton locks.

We buddy up with three retired brothers to work the last few of the locks, the helmsman tells me he's a bit nervous as it's his first time on the tiller. " This is our first trip onboard" says I " It began in April 2013 !" We say goodbye to the three amigos as they moor for a late breakfast. From here to our last three locks of the day at Calcut the rural scenery is of green hills and arable farmland.

In one of the three  Calcut  locks one of the hire crew recognised Sue from the blog it is always nice to meet people who read these words, I did ask her name which I think she said was Sheena sorry if I got that wrong but I was standing on top of a running diesel engine.

At Napton Junction we turn left in front of Wigrams Turn Marina onto the familiar Oxford Canal, the lambs don't seem to have grown since last year!. The scape here is farmland still but flat to the west and hilly to the east. Taking a right turn at Braunston Junction we are back on the Grand Union where we moor just before the marina. 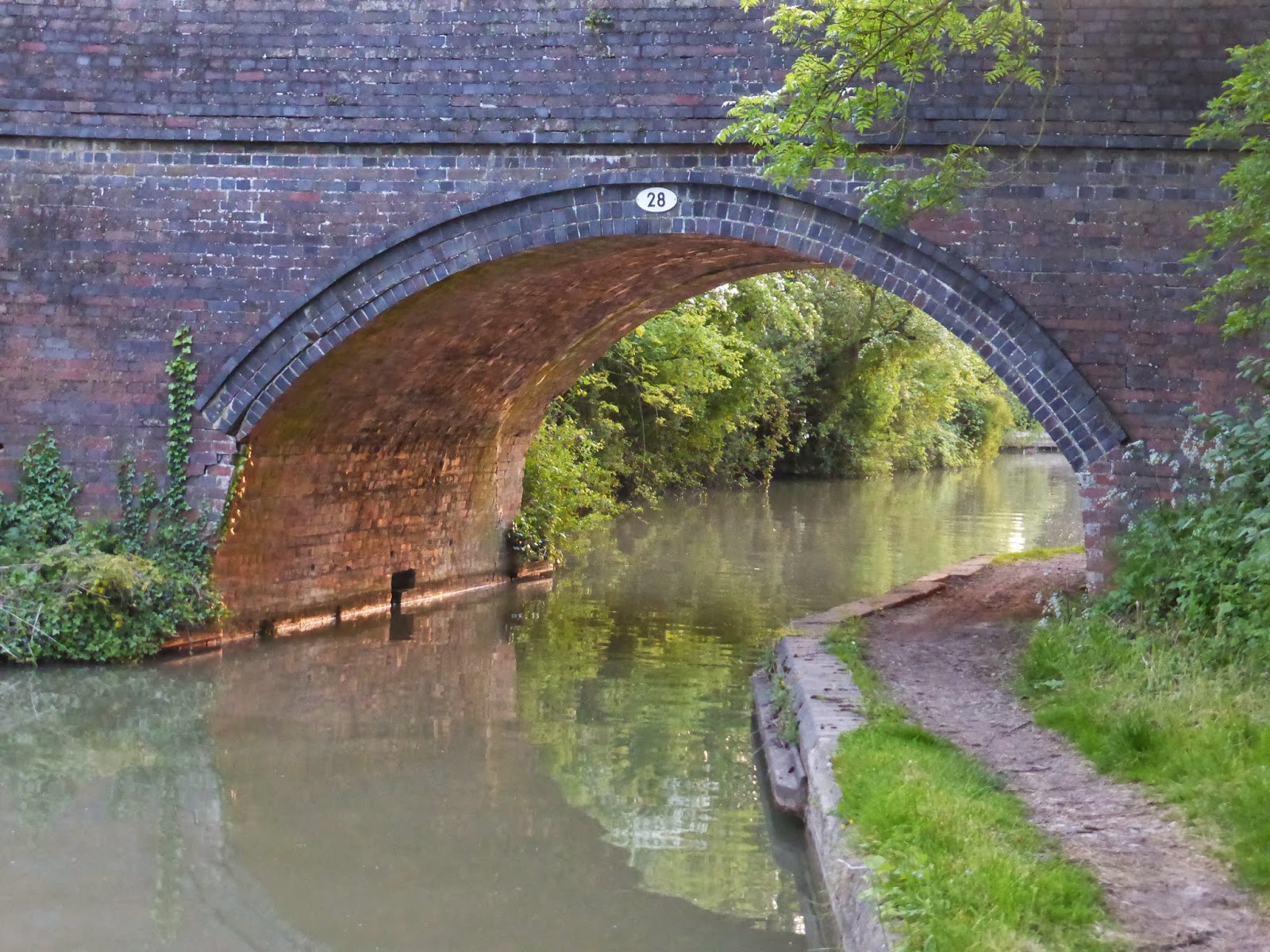 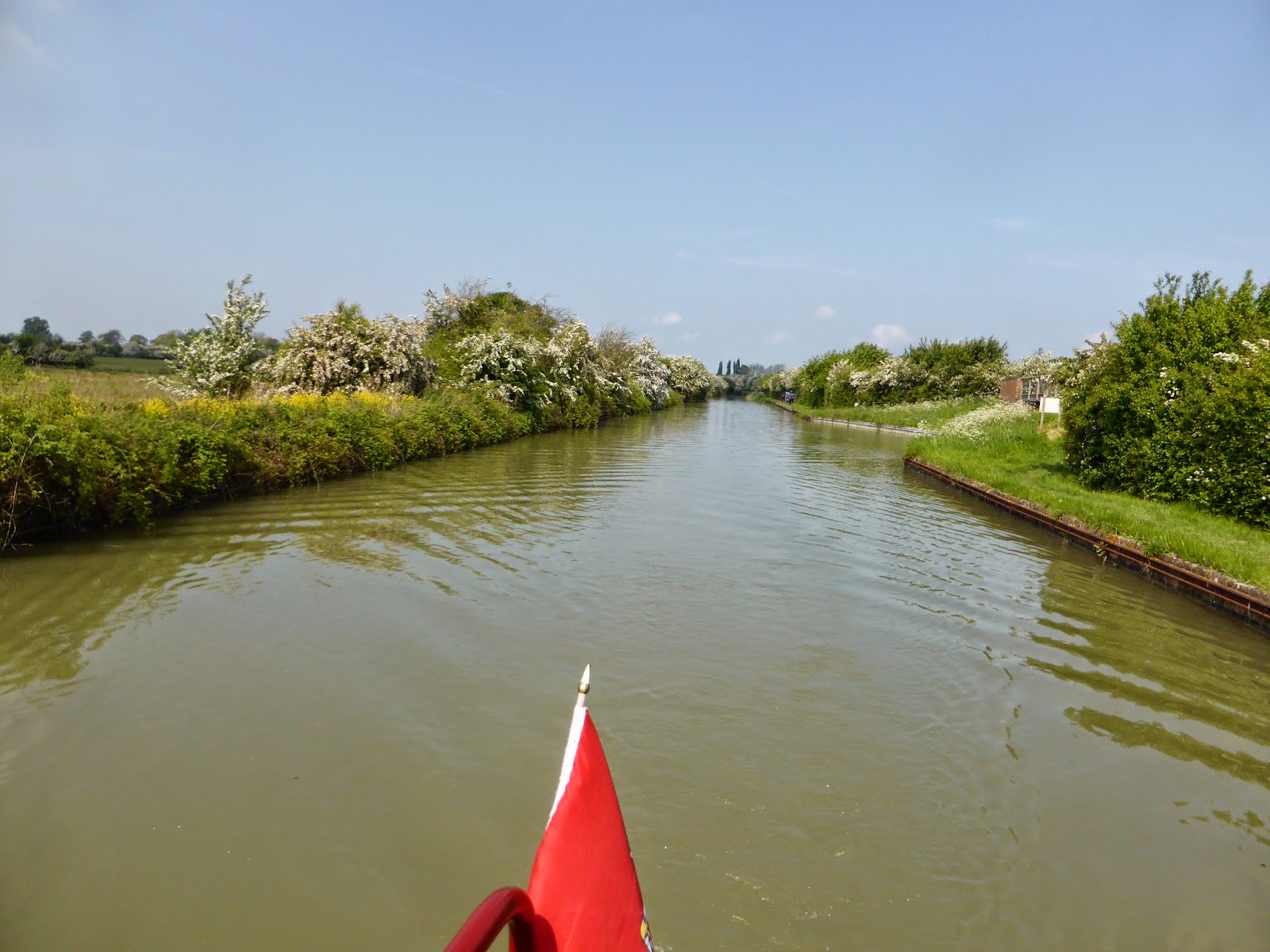 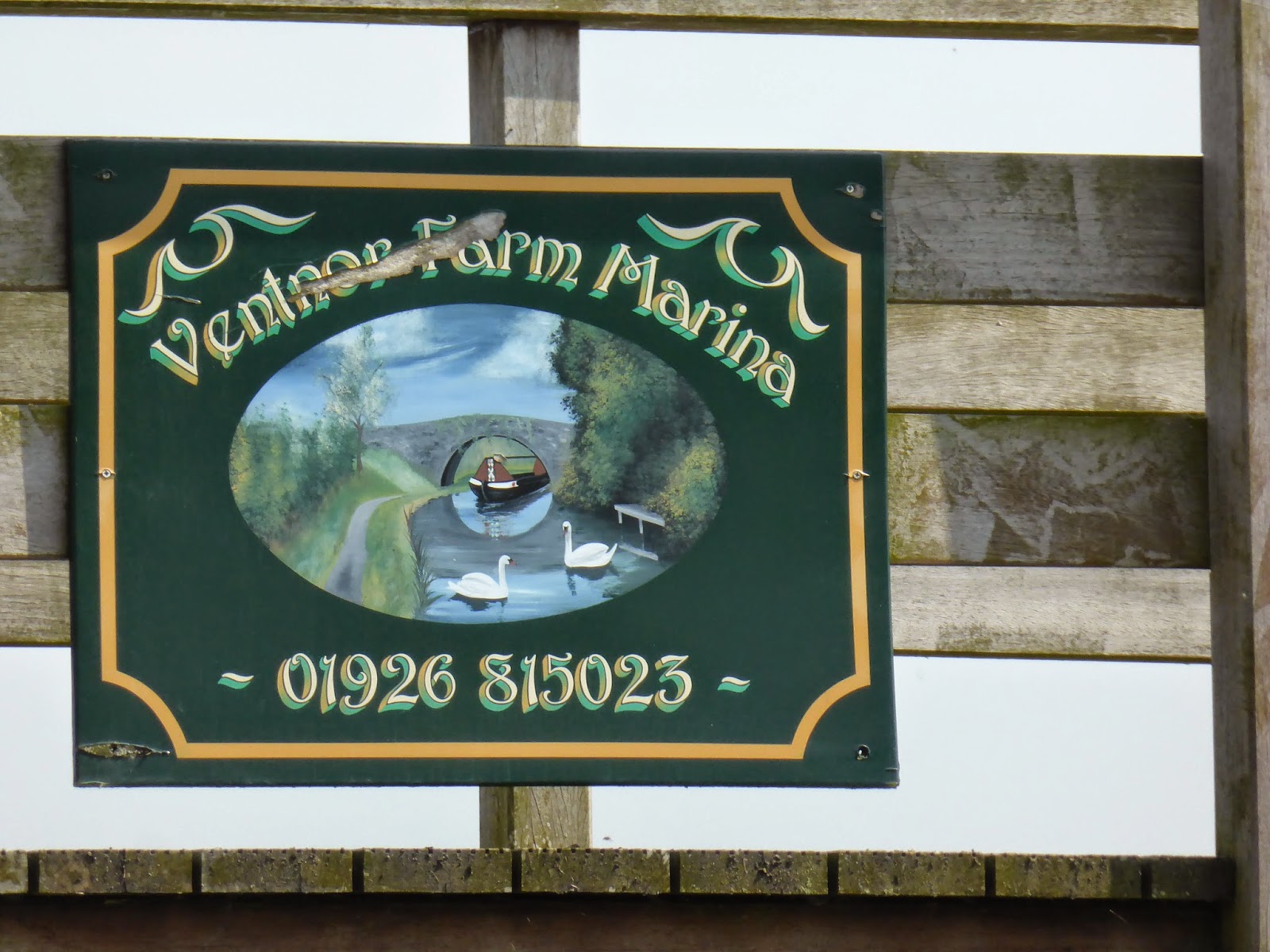 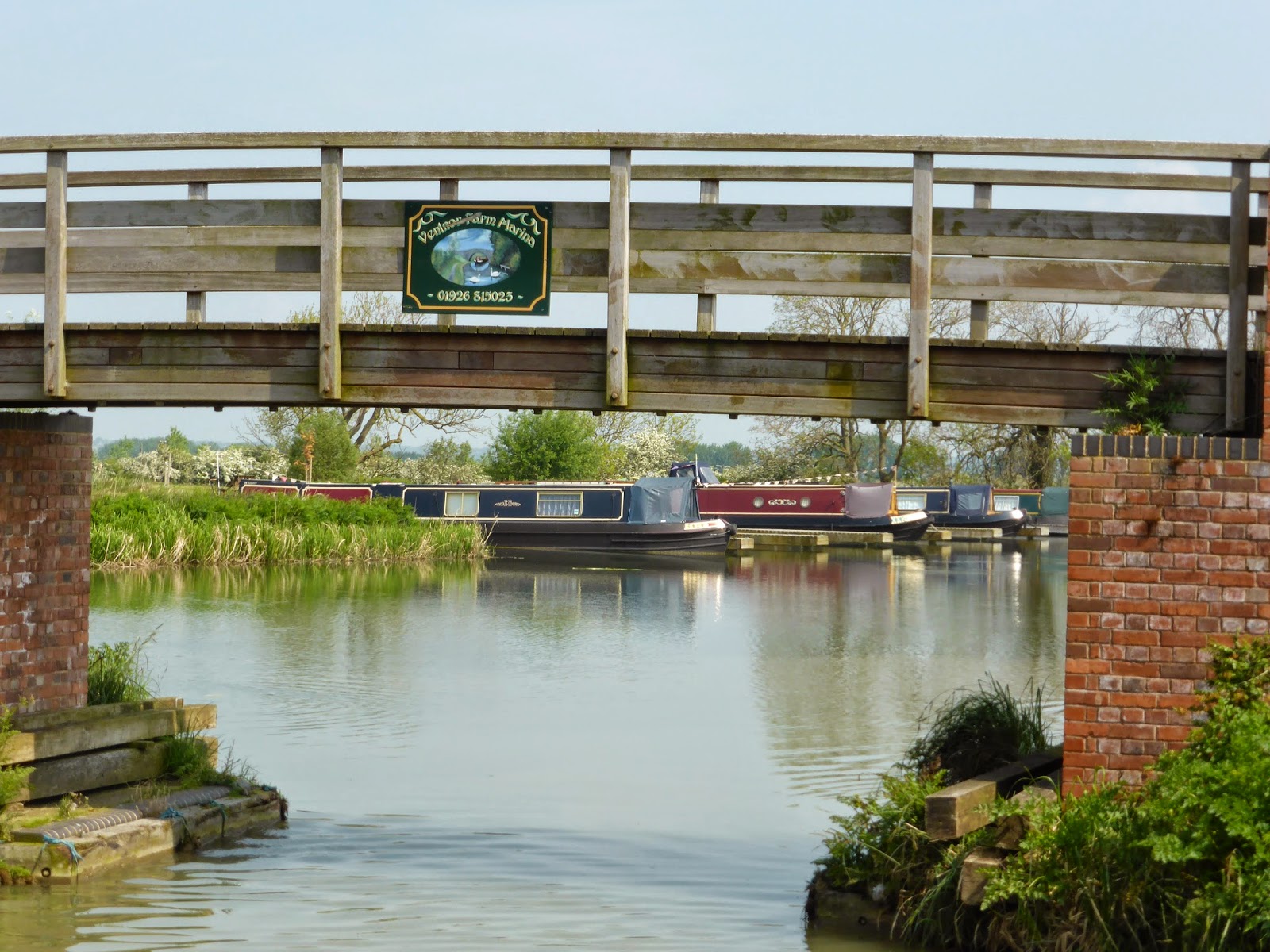 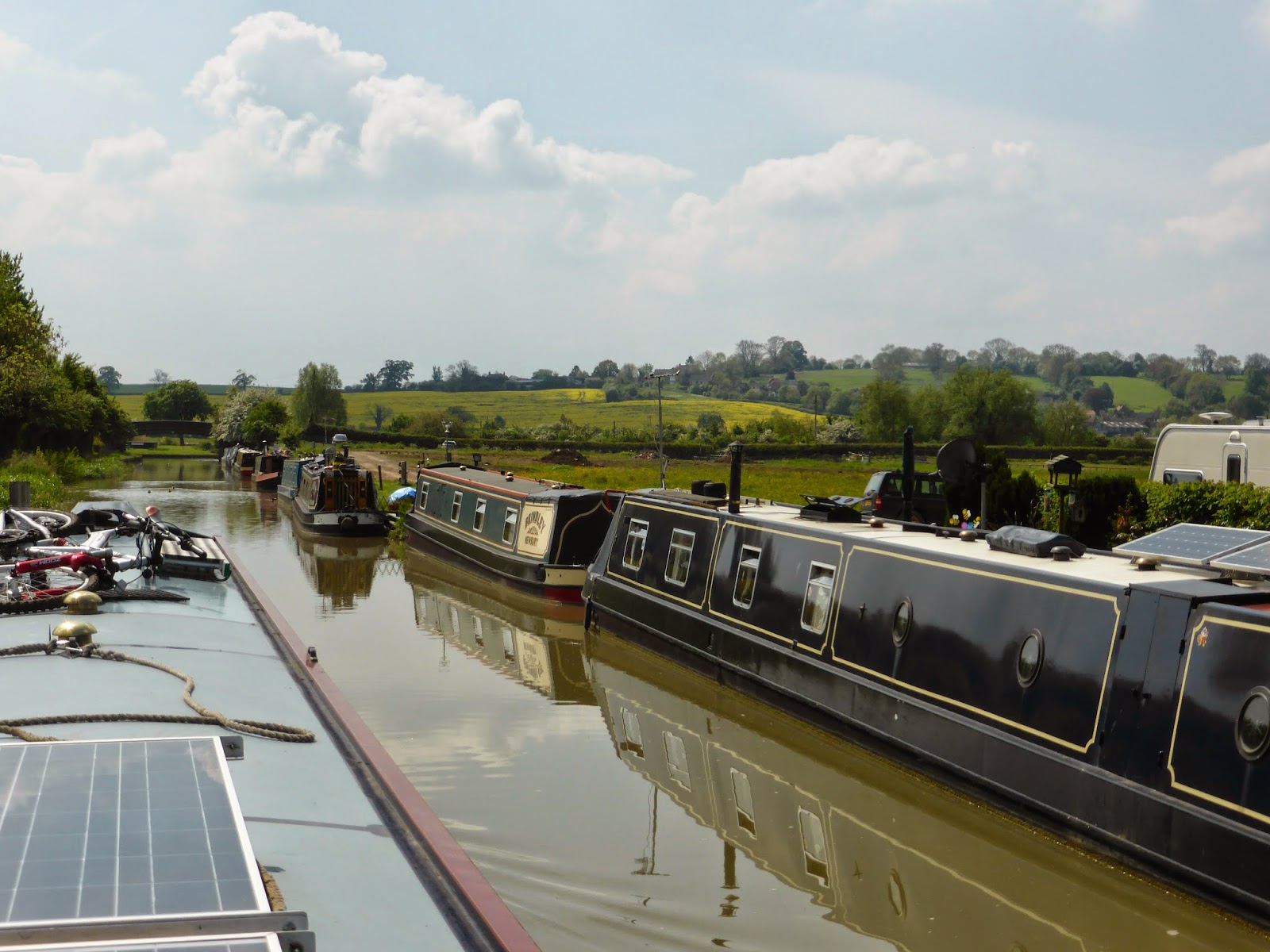 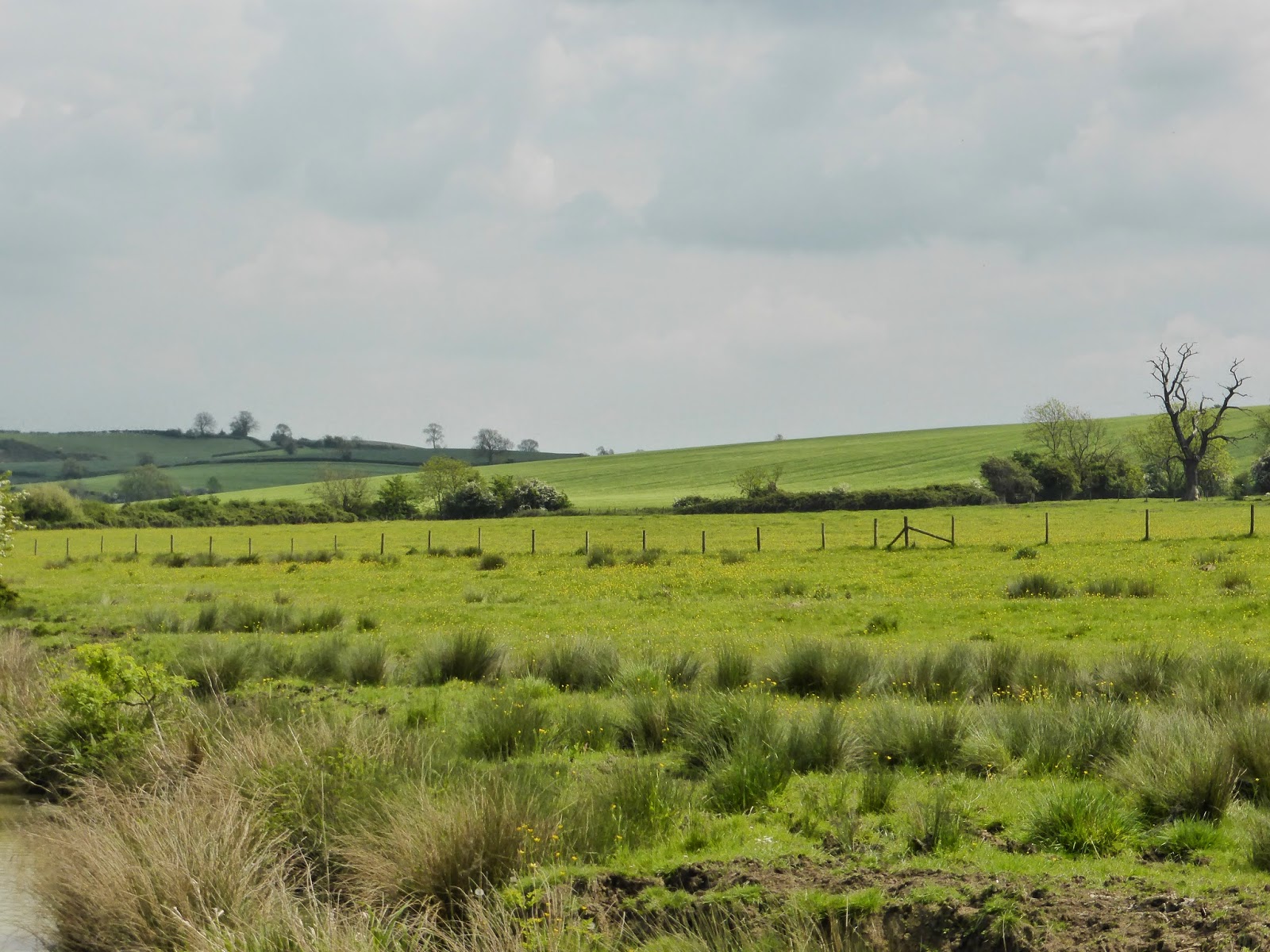 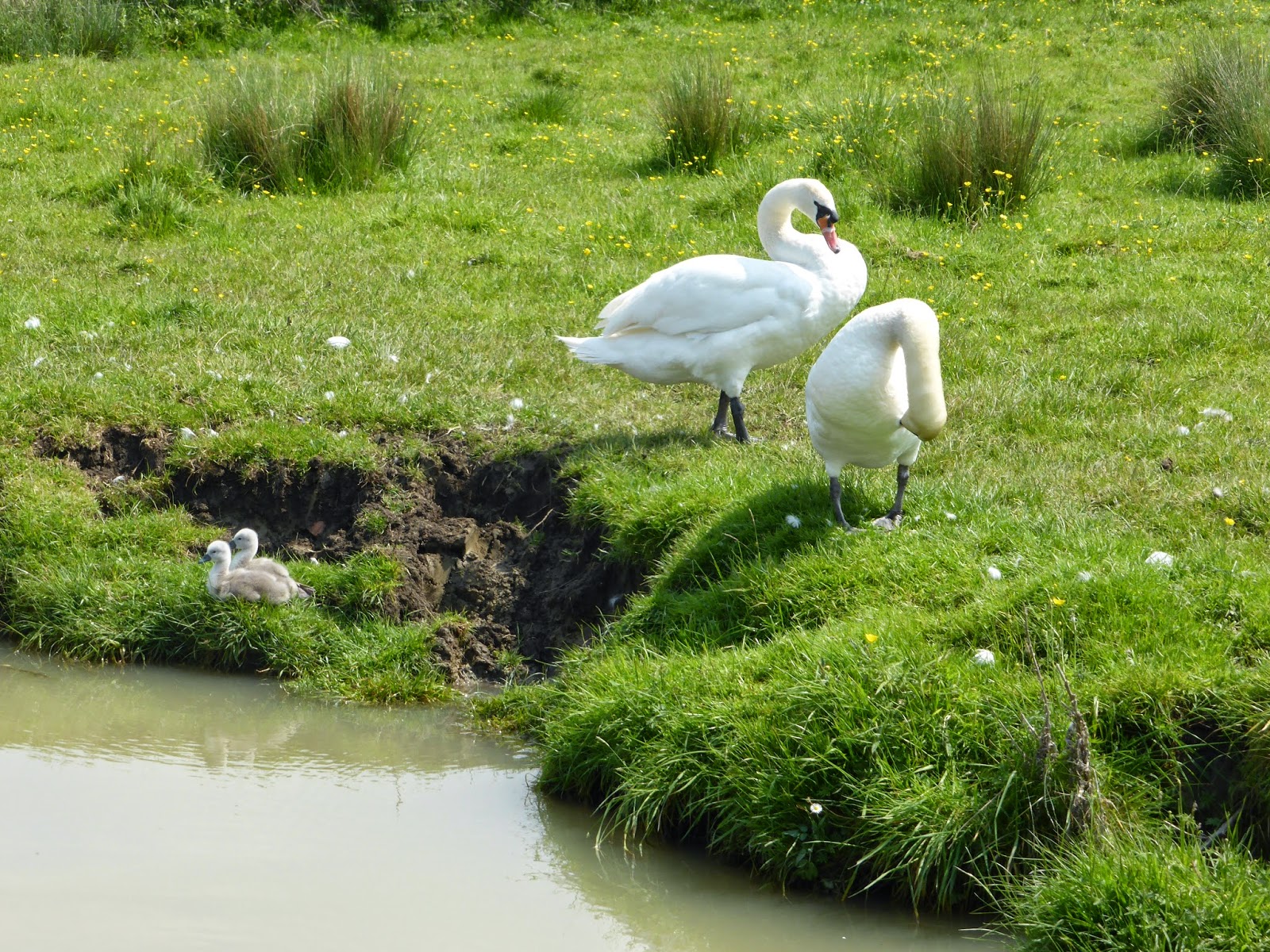 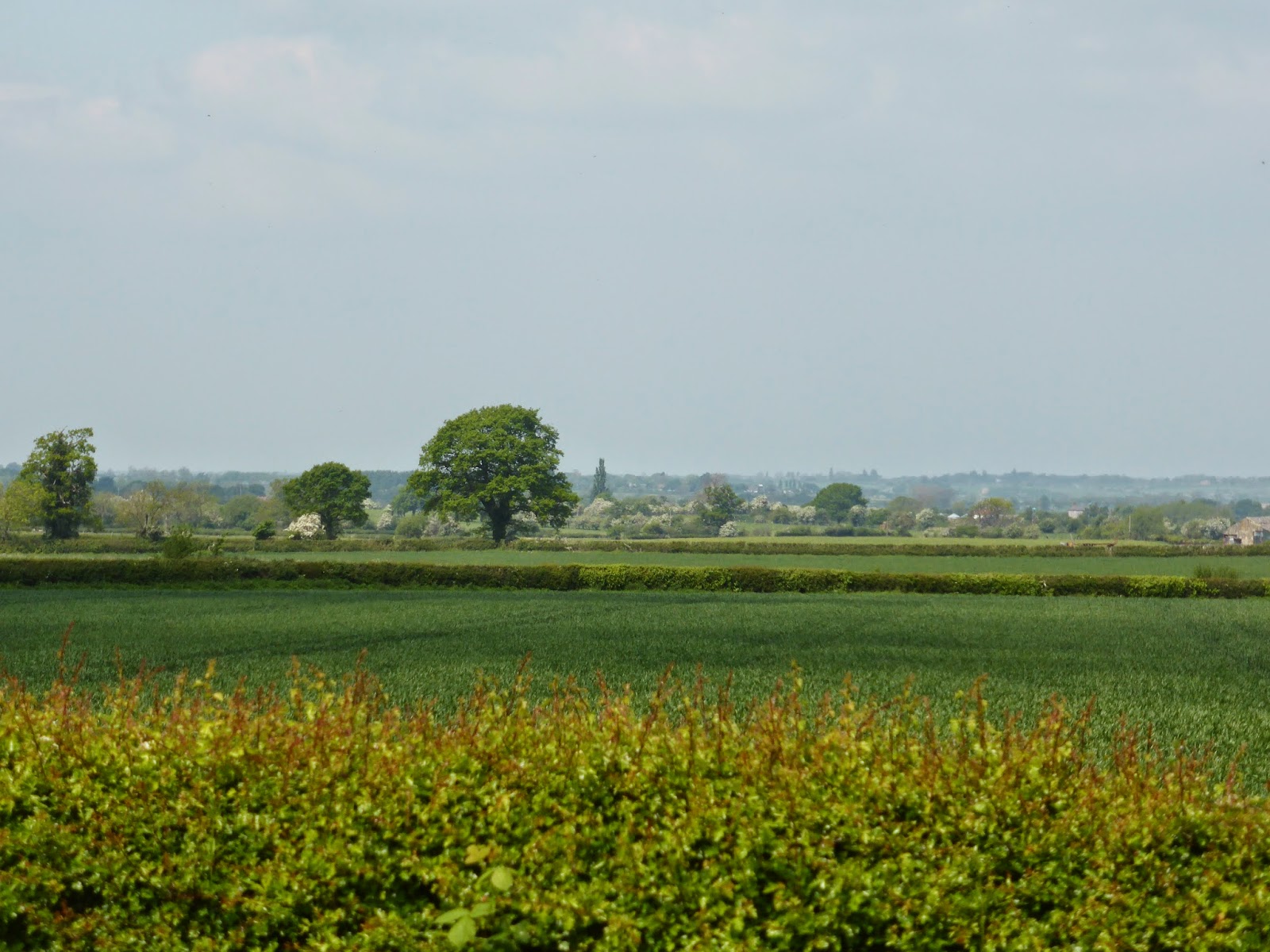 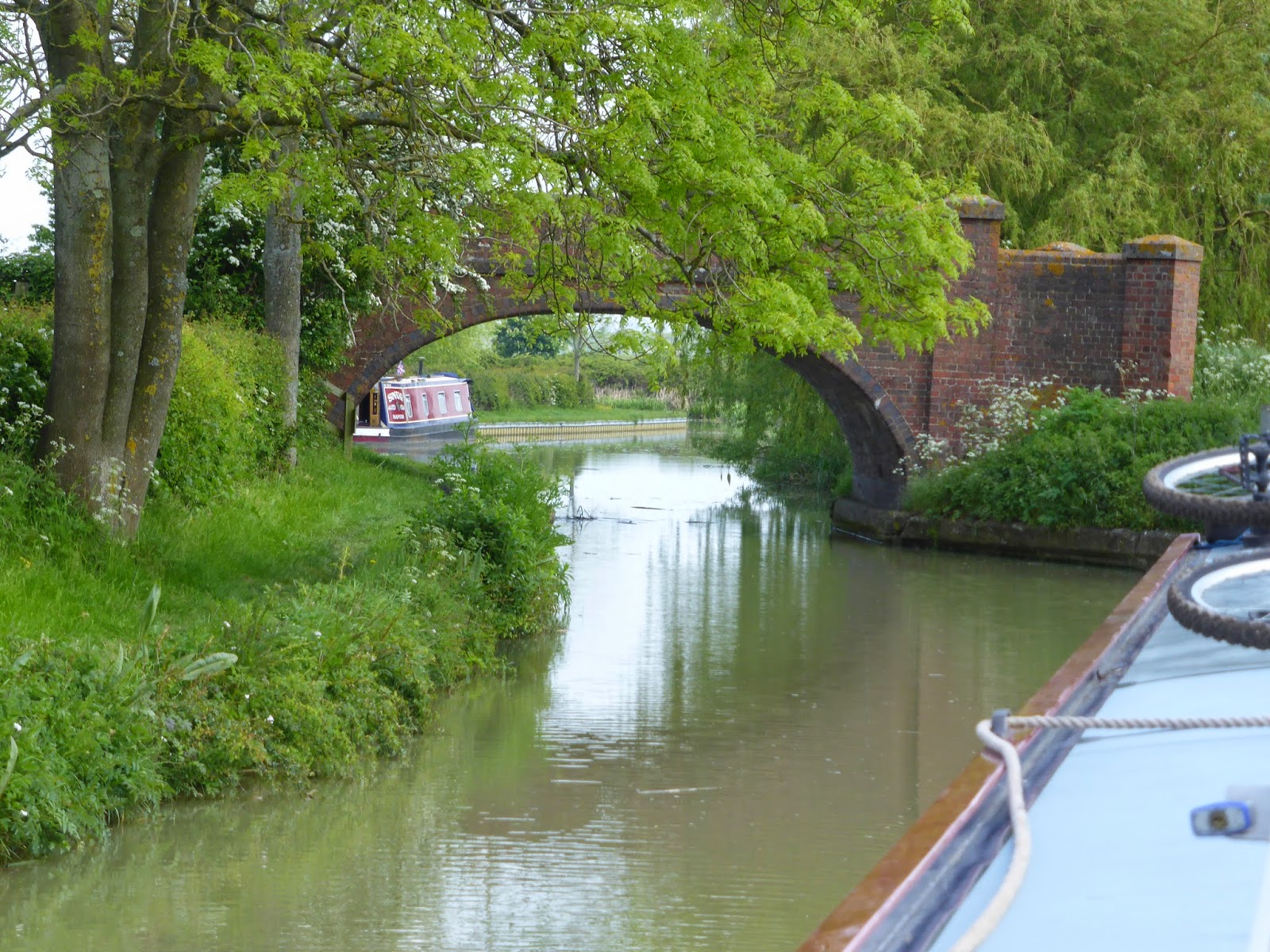