Friday- Set of at 09:30 passing through mostly arable farm land, green seas of wheat and yellow rapeseed cascade down to the canal bank. To the right we get hazy silhouette views of the Wrekin, Clee and Breiden hills. At Knighton we pass the 1911 ex Cadbury wharf and factory, from here canal boats were sent out to retrieve canal side farm milk, this was then processed before being sent to Bournville to produce the UK's favourite chocolate. The wharf and factory are now owned by Premier Foods Ltd, now Birds custard is produced here among other products

Norbury Junction was very busy as there is a 3 day canal festival this weekend. We spied John Plummer who fitted our solar panels last year, we stopped mid channel for a chat. All the best moorings have been reserved, we did try to moor but the Shroppie shelf got the better of us so we pressed on towards Gnosall Heath
We followed 2 very slow boats, lucky for us but not for him, one run aground while videoing a passing working boat, his mate stopped to assist which allowed us to overtake the pair.

Now moored at Gnosall on the 48 hour visitors mooring, we visited the Navigation Inn which looks a nice pub, unfortunately the time we went, there the clientele were a bit roughish, there were more dogs than humans at the bar. Nothing wrong with well behaved dogs in pubs.... These owners  however were all giving themselves a pat on the back (loudly) because their dog was a rescue dog and the more cruelty the wretched animal had endured before it's rescue the more the chest of it's new owner was pushed out for a medal, meanwhile a couple of the dogs tried to bite chunks out of each other. We left after one of the poor animals was locked into its owners car because it was crying!

We walked down to the Boat Inn much more your friendly local pub, where we enjoyed a pint in convivial company and a delicious Steak and Stilton pie and a Gammon dinner. 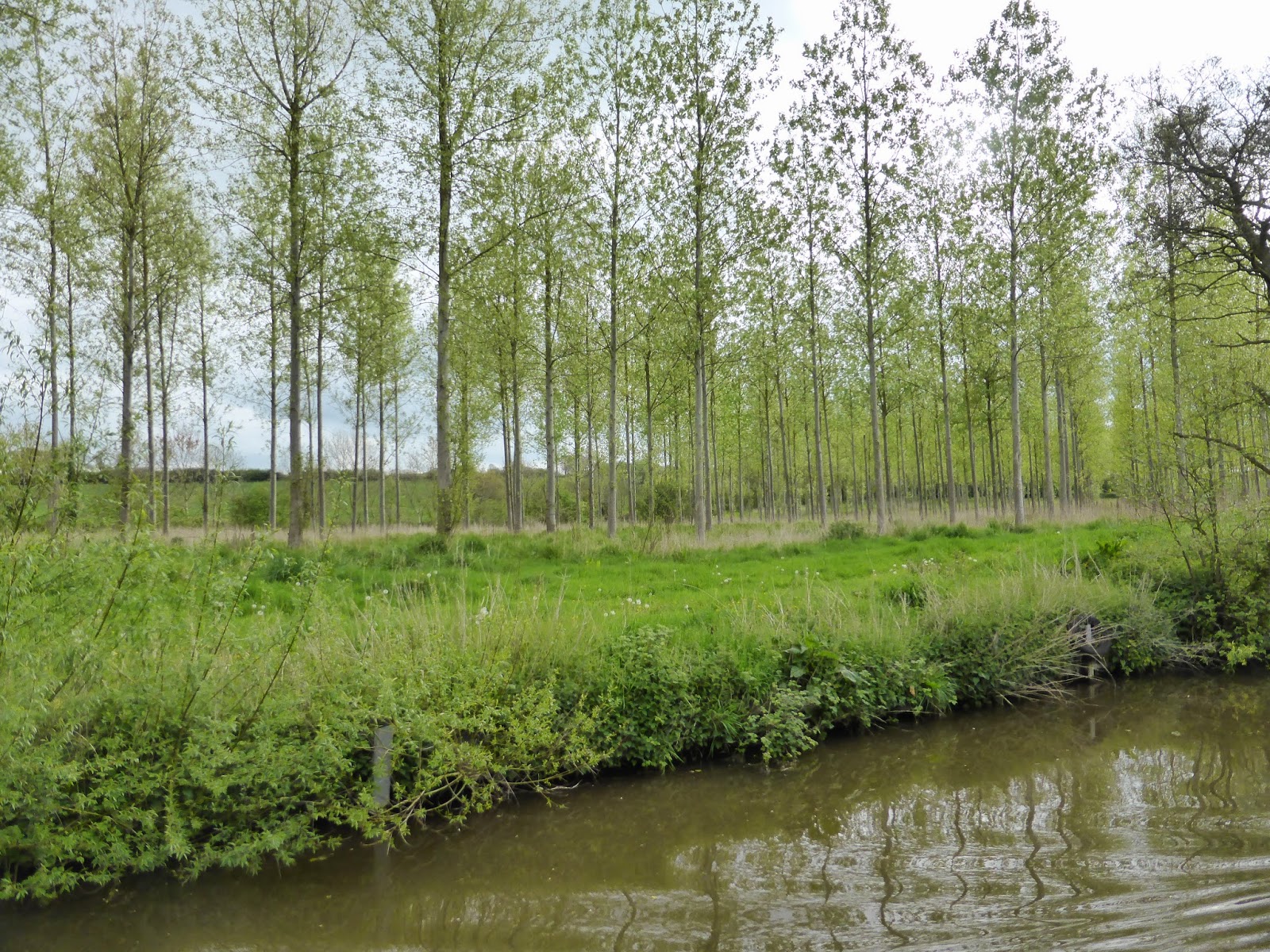 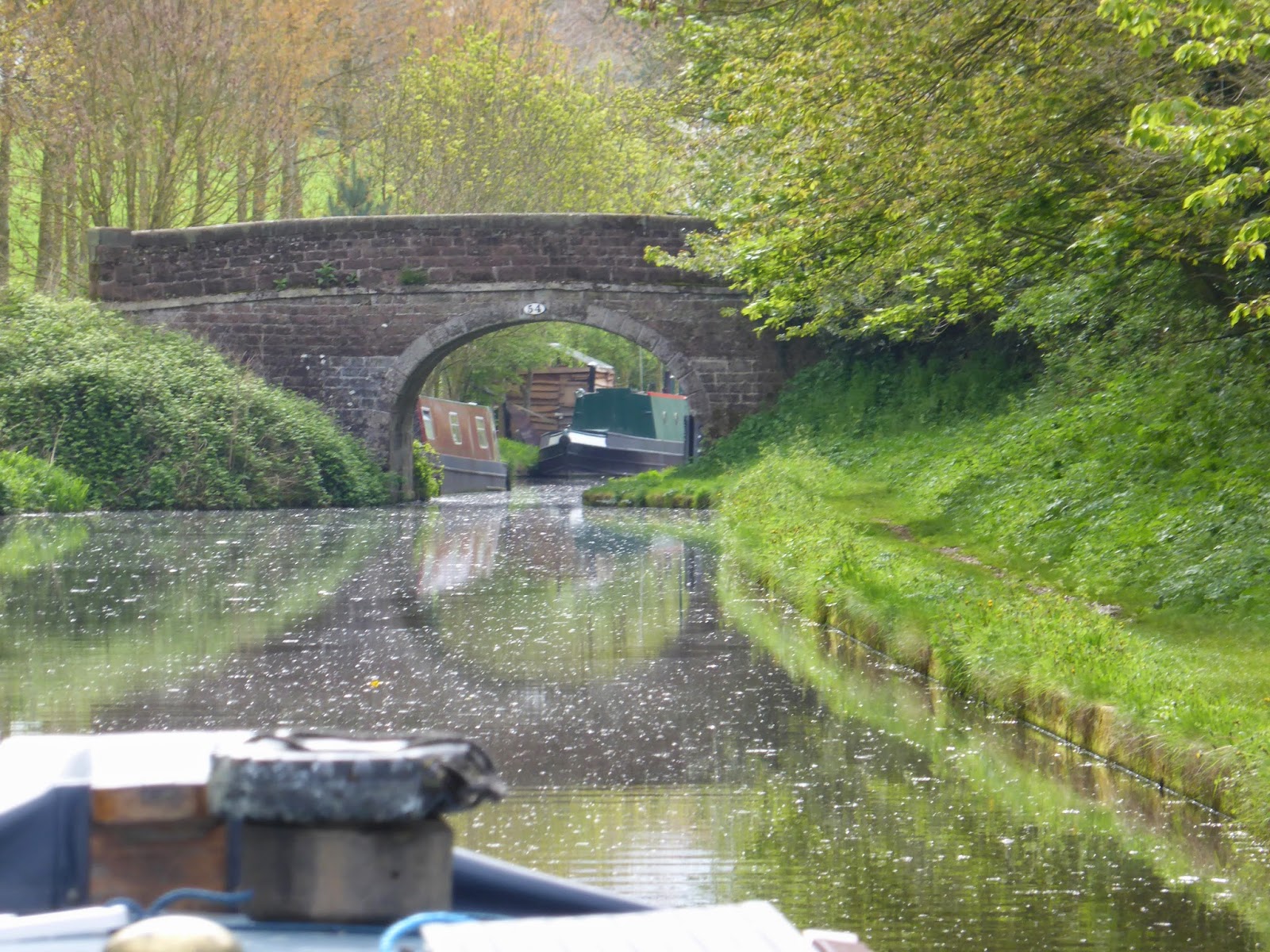 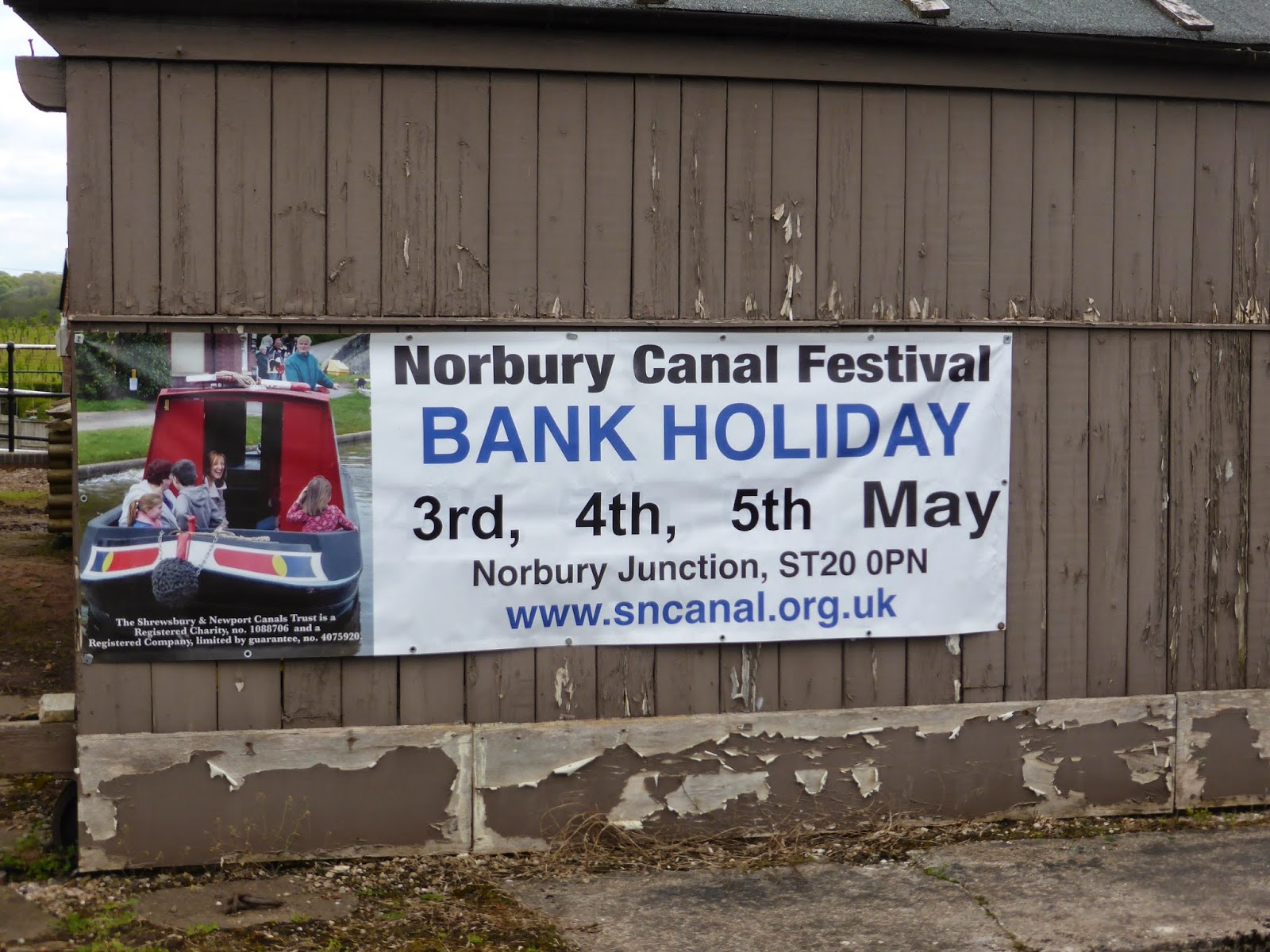