Saturday....10:00 it was raincoats and wellies on, umbrellas up as we trudged along the muddy towpath up over the temporary pedestrian bridge and into the show grounds. It was a deja vu moment as every outlet is in exactly the same place as last year, selling the same goods as last year, the only differences were the show boats had changed along with the weather which last year was sunny and warm all weekend.

It's a good way to spend a few hours exploring all the wonders of brand new machinery, shiny gadgets and chandlery pieces on display. We had a look on a dutch barge "Blue Belle", somehow the copious space inside looks more than twice that available on a narrowboat. Ray and I had engine room envy while sitting comfortably in a cavernous space under the wheelhouse deck while our host explained all the systems. This boat had me dreaming of disappearing down the Canal Du Midi, after a jackpot lottery win.

In the evening we all went to the entertainment marquee to see Toyah Willcox, and later Sean Cannon the front man for the Dubliners. Sue and Diane fought their way to the front of the assembled crowd to throw a few shapes to "I want to be free". We eventually met up with my brother Bob and Marilyn who had driven up from home to visit the inland water show for the first time, the lack of phone or data signal in the area meant we missed each other for most of the day.

Sunday after more trawling around the show ground stalls we walked down to the village for lunch in the Wheatsheaf. We spent the afternoon back on board our boats. Sue and Ray made their signature dishes of flatbreads and chocolate brownies to be eaten at the show later in the evening.

We all re-assembled back in the marquee for a Roy Orbison & Travelling Wilburys tribute acts, the R.O. songs were disappointing at first but got better later in the show, the Wilbury's were very good. Sue and I stayed for the final act, a blues band, but left half way through the first song. 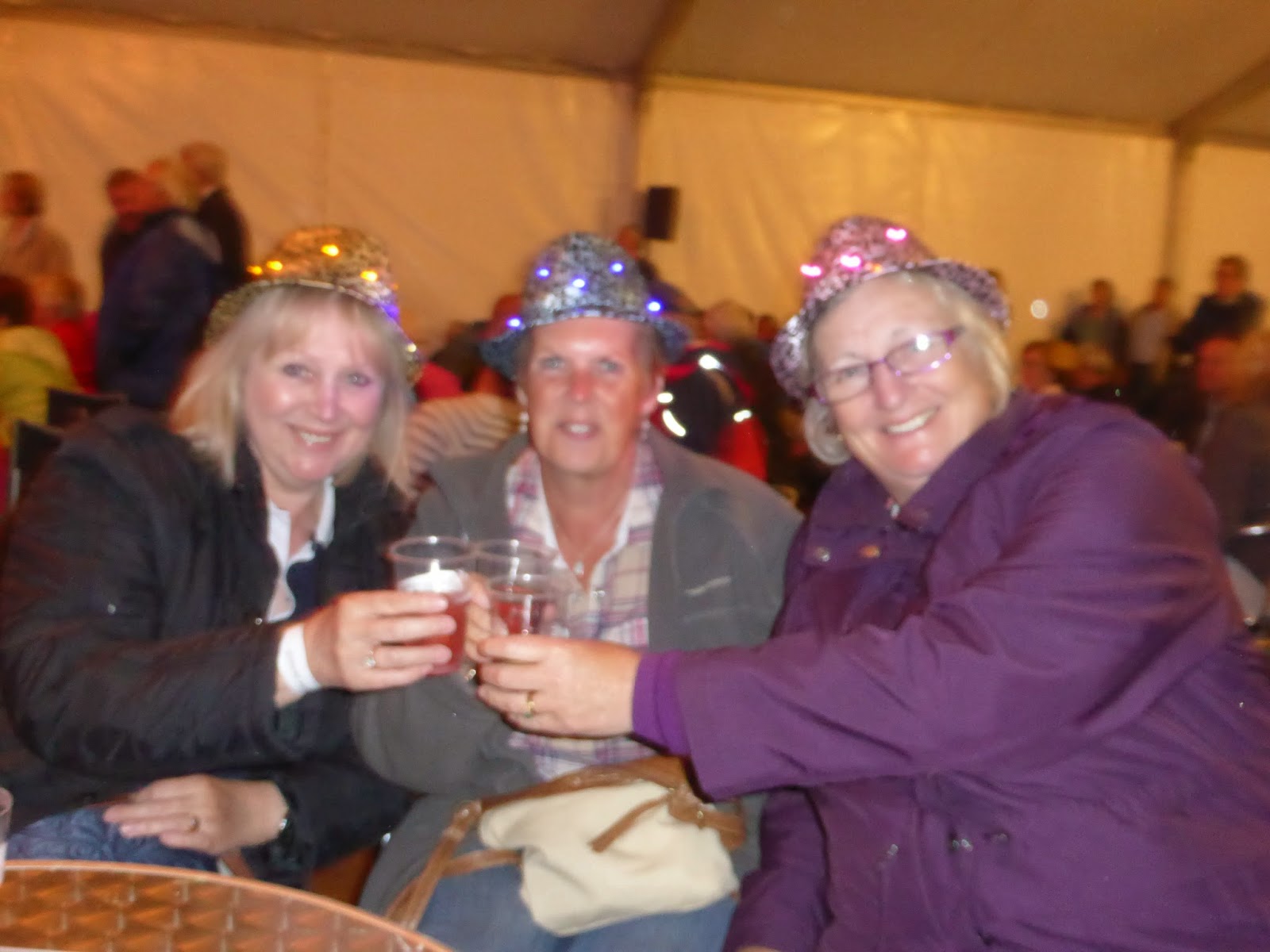 Monday ... Raining again as we walked all the stalls we had visited to pick up all the bits and pieces we had seen over the previous two days, a brolly mate, tunnel band paint, polish and lacquer remover. We looked over two more wide beam and two narrowboats before we returned to the dry and warmth of FL.