We didn't move FL yesterday, we had a slothful day, reading, cross-stitching, sketching and in the evening we had the TV on and watched 'The Good the Bad and The Ugly'. The wind had been aggressive most of yesterday and is continuing in the same spirit today. The colourful trees opposite are getting threadbare before our eyes. 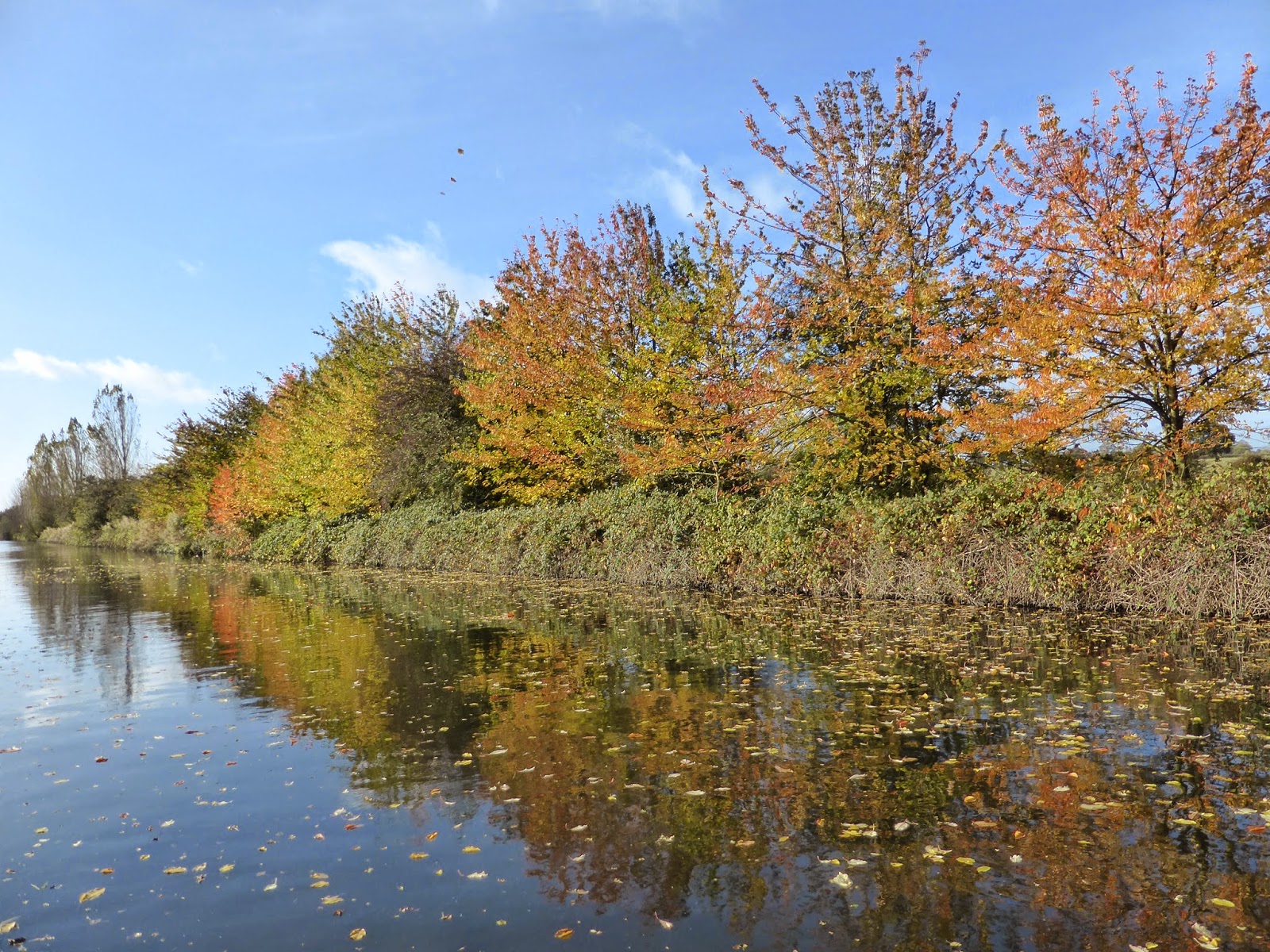 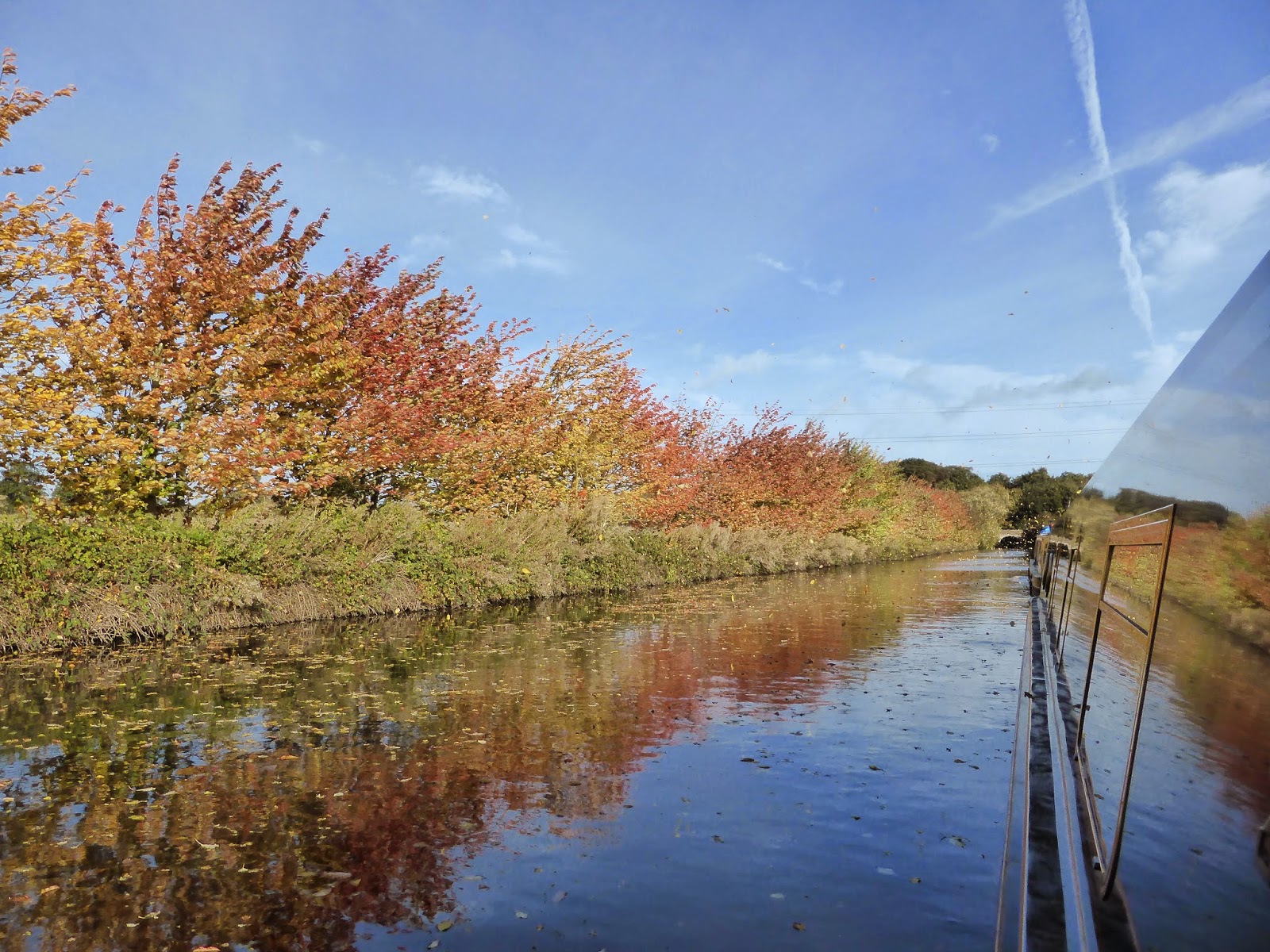 It has been a mild day with lots of sunshine despite the wind. Autherley stop lock raised us a foot onto the Staffordshire and Worcestershire canal where we turned left and skirted the edge of Wolverhampton, through a very narrow cutting and under the M54.

A fishing match was in progress as we cruised towards Hatherton Junction, I always slow down and cruise down the middle of the canal as invariably the guys have their hooks in close to the opposite bank to where they are sitting. One fisherman asked us politely to move closer to his bank, I prefer this type of contact from the anglers rather than the quiet heavy scowl from under a Shakespeare cap, to be fair this group of guys were all friendly.

The Hatherton branch used for transporting coal from Cannock was abandoned in the 1950s but there is plans to reopen it sometime in the future. As we passed Hatherton marina Sue spotted the Jam Butty, a real star to Wand'ring Bark. We moored a little further on at Calf Heath, a peaceful four hour Sunday cruise.