After a bit of a lie in we pulled the pins at 11:00 first lock was the Banbury Staircase Lock with the large stable block adjacent. The stables were used in cargo carrying days when deliveries were made between Mersey docks and the Black Country factories, horse drawn boats ("fly boats")would do the journey of 80 miles non stop in 24 hours swapping horses at convenient stables en route. Below the Anglo Welsh hire fleet is tied up awaiting new crews.

The scenery is of green hills, woods, cows, black sheep and railway lines.

At Beeston Stone lock a mature all male hire crew shut the lock on us. (These are all double locks i.e. two boats can fit in a lock alongside each other). Sue politely mentioned that it's a waste of water to lock down individually and if they waited at the next lock we could lock down together.

We didn't realise that the next lock was the iron lock with notices telling crews to lock down separately as the iron walls have distorted... the hire crew didn't wait anyway.

The remains of Beeston Castle high on a rocky outcrop dominate the scene for miles around. 14:00 we moor above Whartons lock opposite The Shady Oak pub. 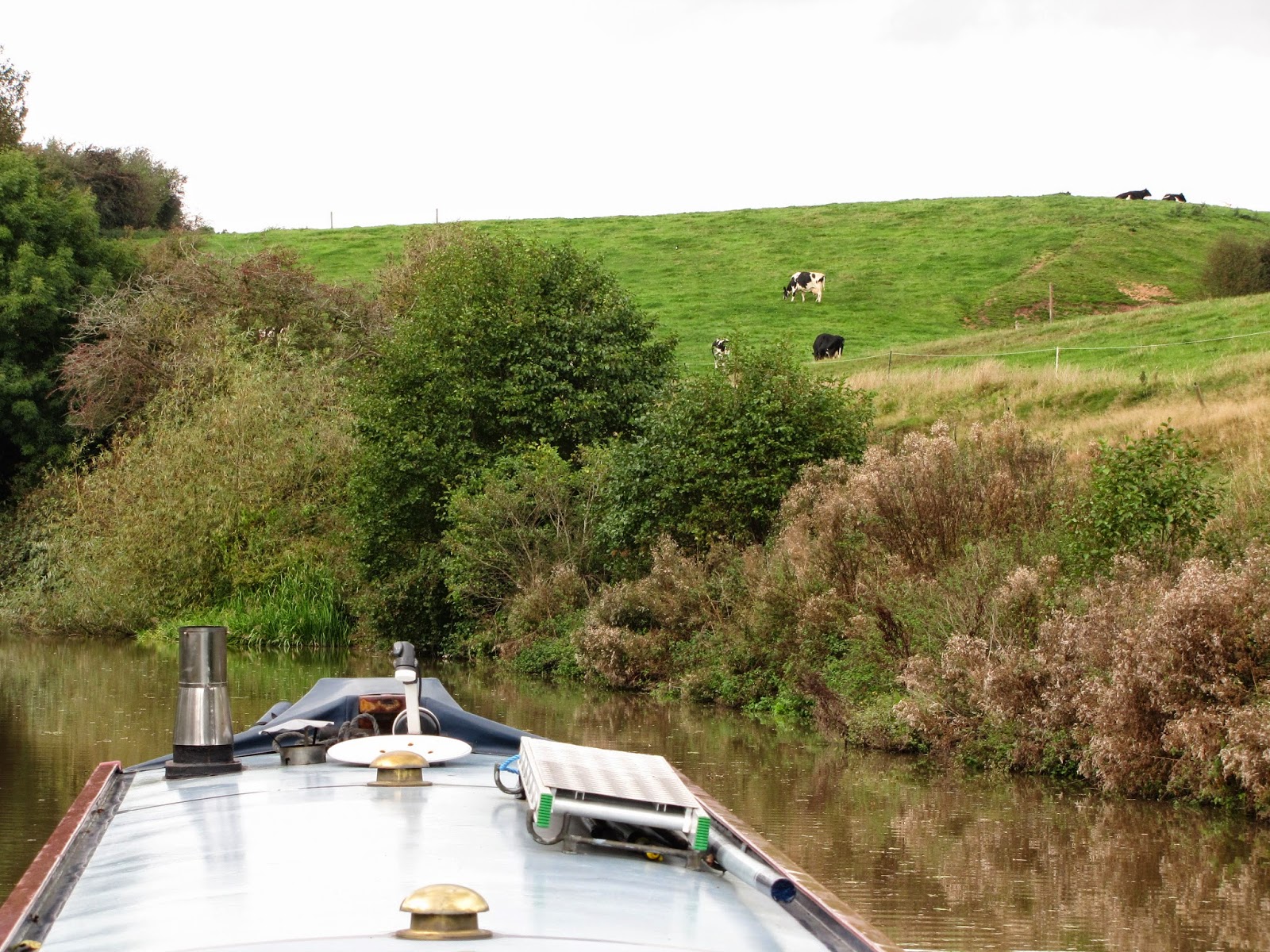 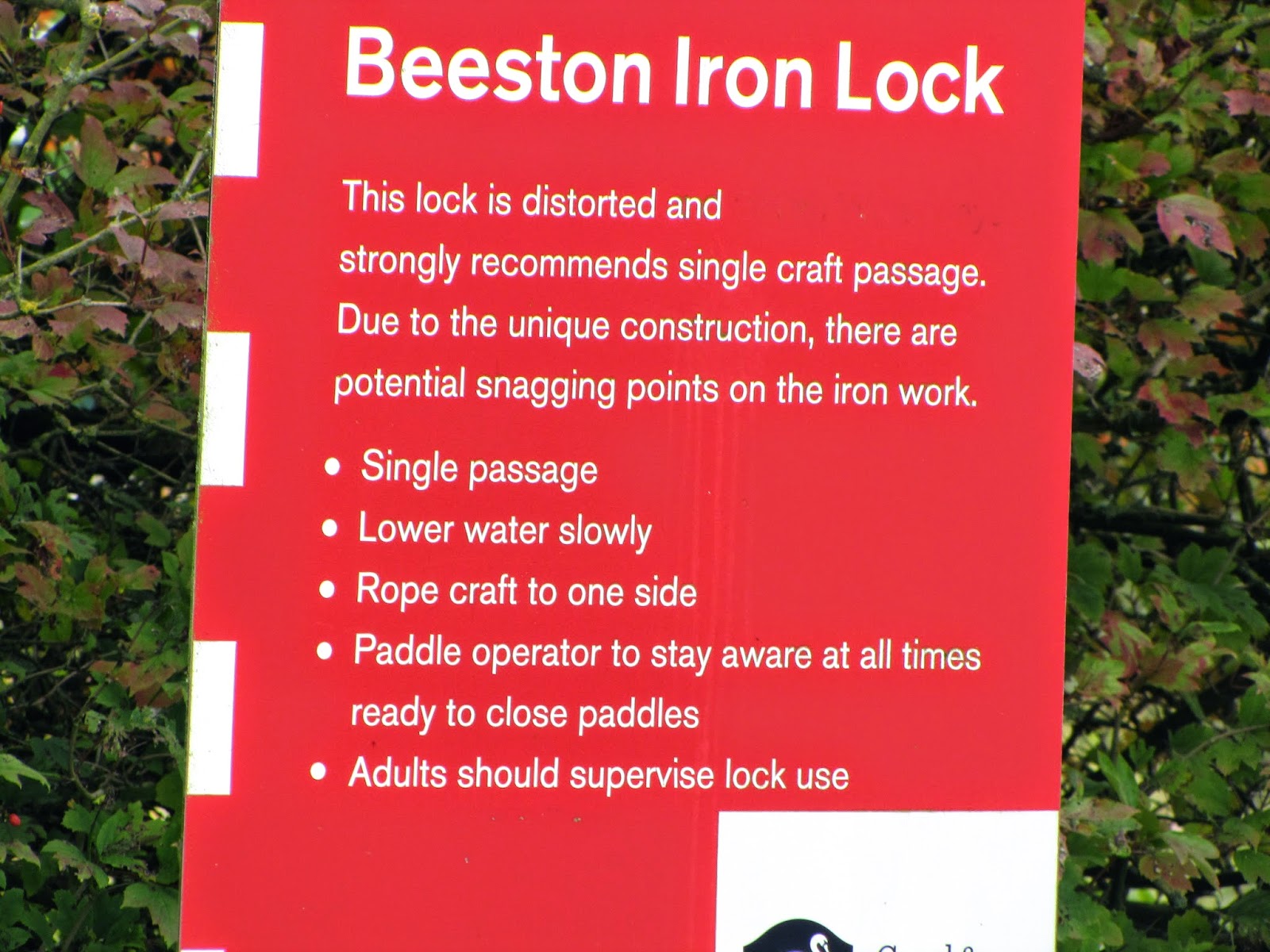 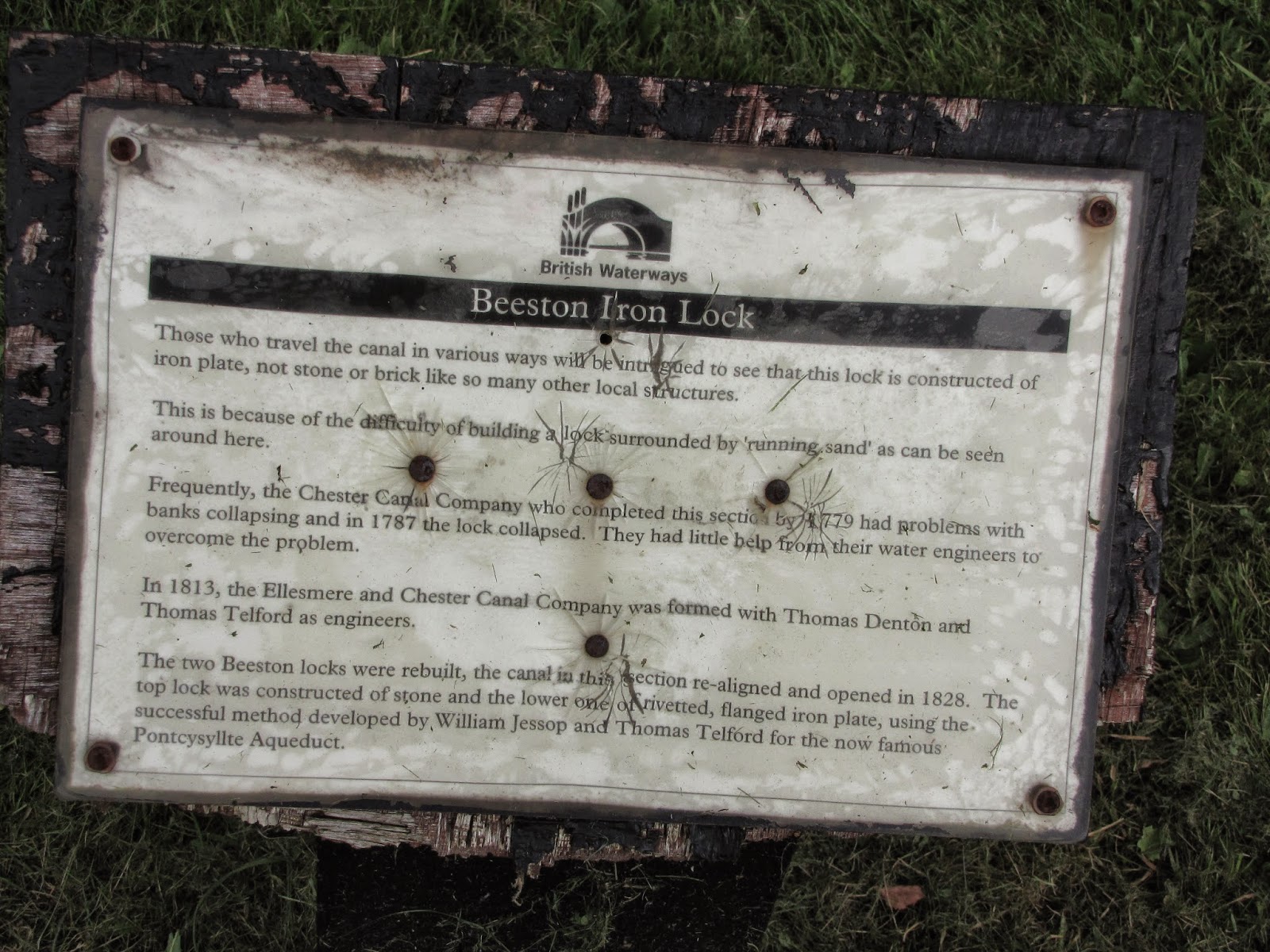 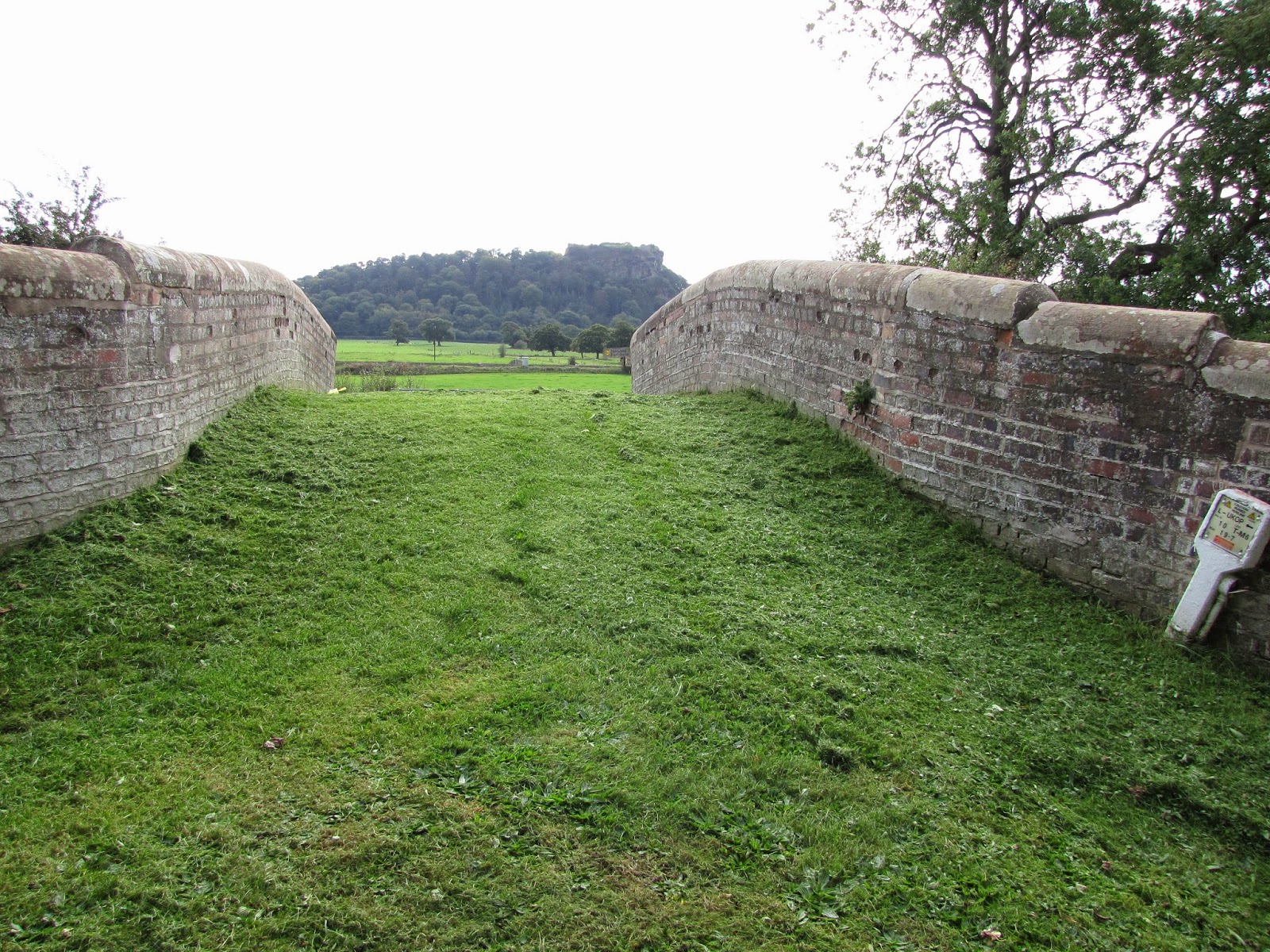