Friday- got back to the boat about 1400 hrs, unzipping the cratch cover  we found a pressie delivered in our absence, Stroopwafles from Elly and Mick brought back from their recent European trip...thank you so much. Parisian Star have left the marina on the final months of their narrowboat journey, we wish them well and  hope to thank them in person somewhere on the cut before they return home to Aussieland.

We had a stroll to the Titanic with Roly in the afternoon to meet up with Ray and Diane. We discovered a new ale, half of Plum Porter mixed with half of Steerage (Plumage). A stop at the chippy and the Three Crowns was enjoyed on the journey home.

Saturday - We got the bus into Stafford with Ray and Diane  and met up with Dot and Gordon who have their boat out on the hard standing at Stafford boat club while they gets its bum wiped and painted. After purchasing supplies at the farmers market, pork and black pudding pie for us,bottles of blackbeer wine for Dot and Diane, we found ourselves in the local Weatherspoons (The Picture House). Weatherspoons always appear to use interesting buildings and the old cinema is impressive.We had lunch and settled in to watch both the six nation rugby games.
.


Sunday and I'm in my sixtieth year where did all that time go, I feel forty years younger until I look in the mirror or try to get up from a kneeling position. That bald pate and aching joints soon tell me which end of life's scale I belong to.  Thanks for all for the cards texts emails pressies and best wishes that I have received. 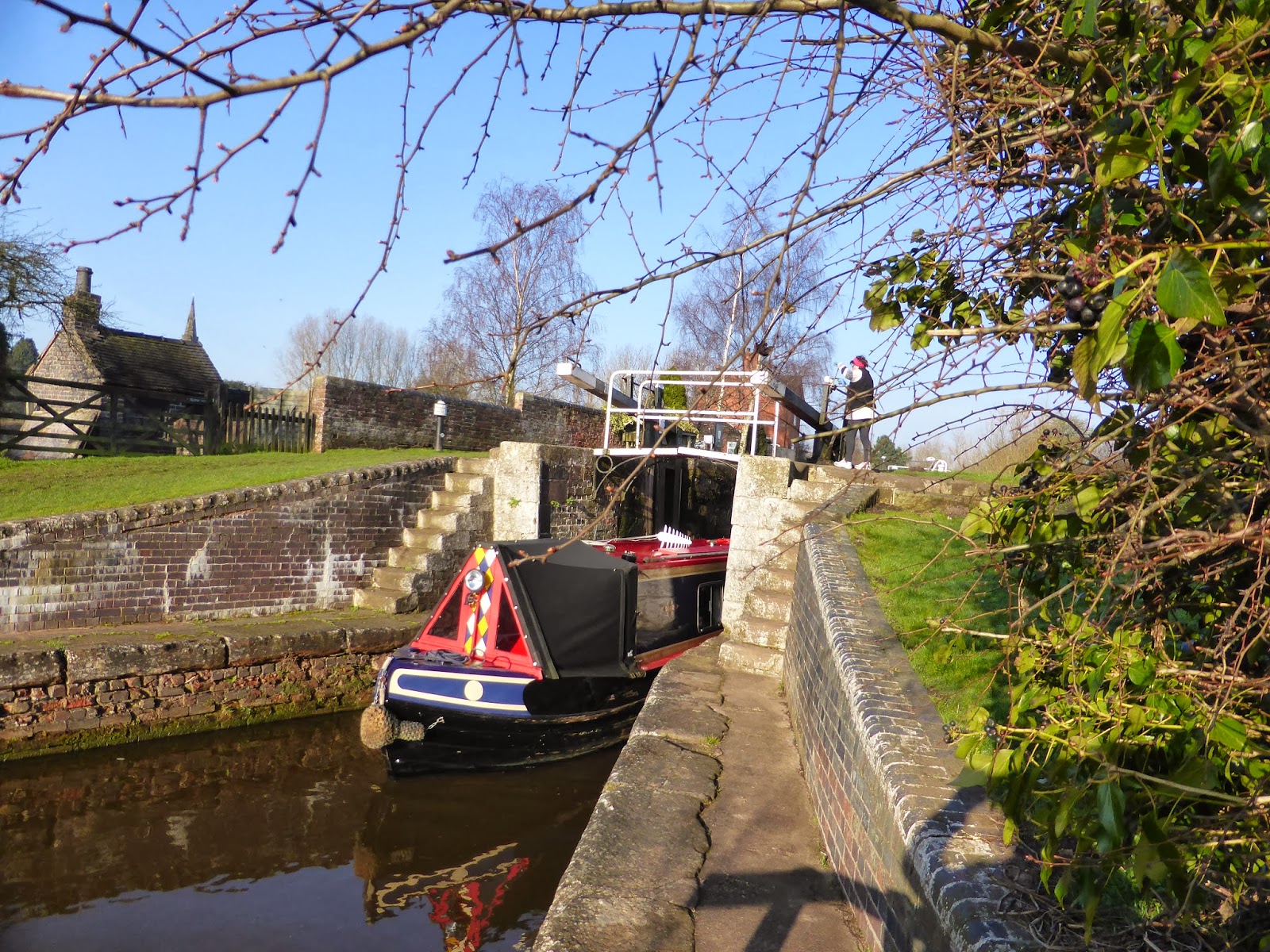 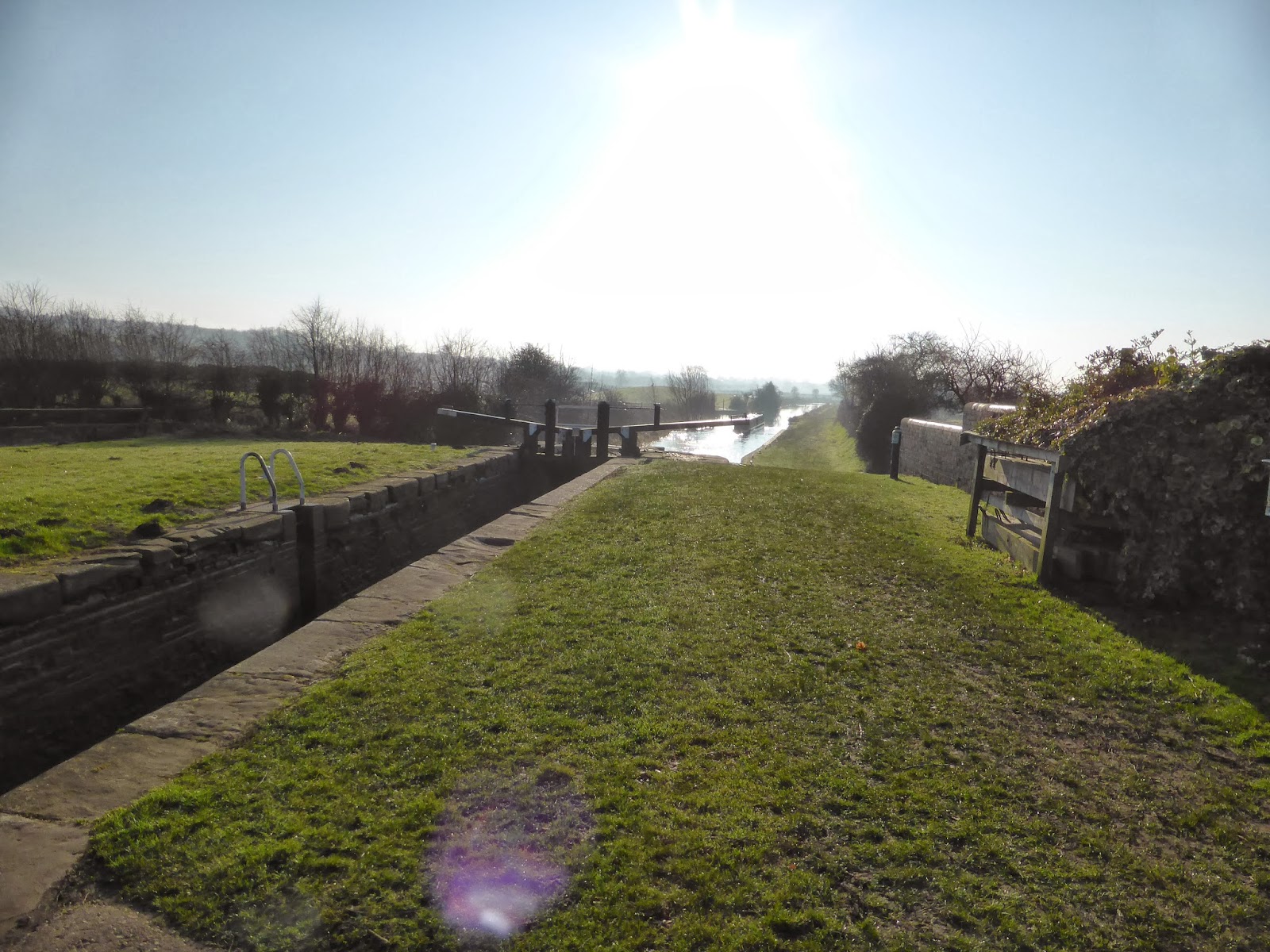 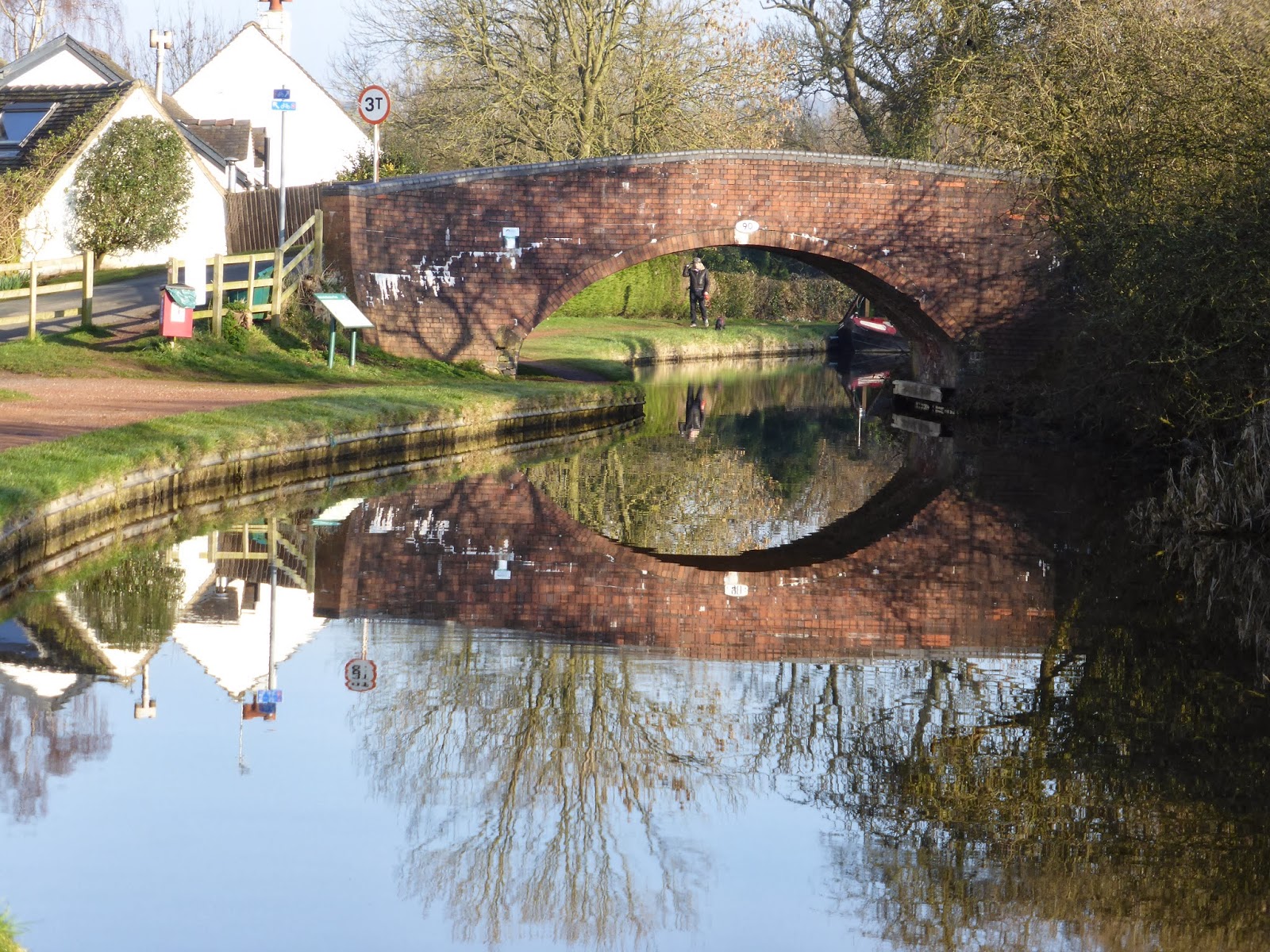 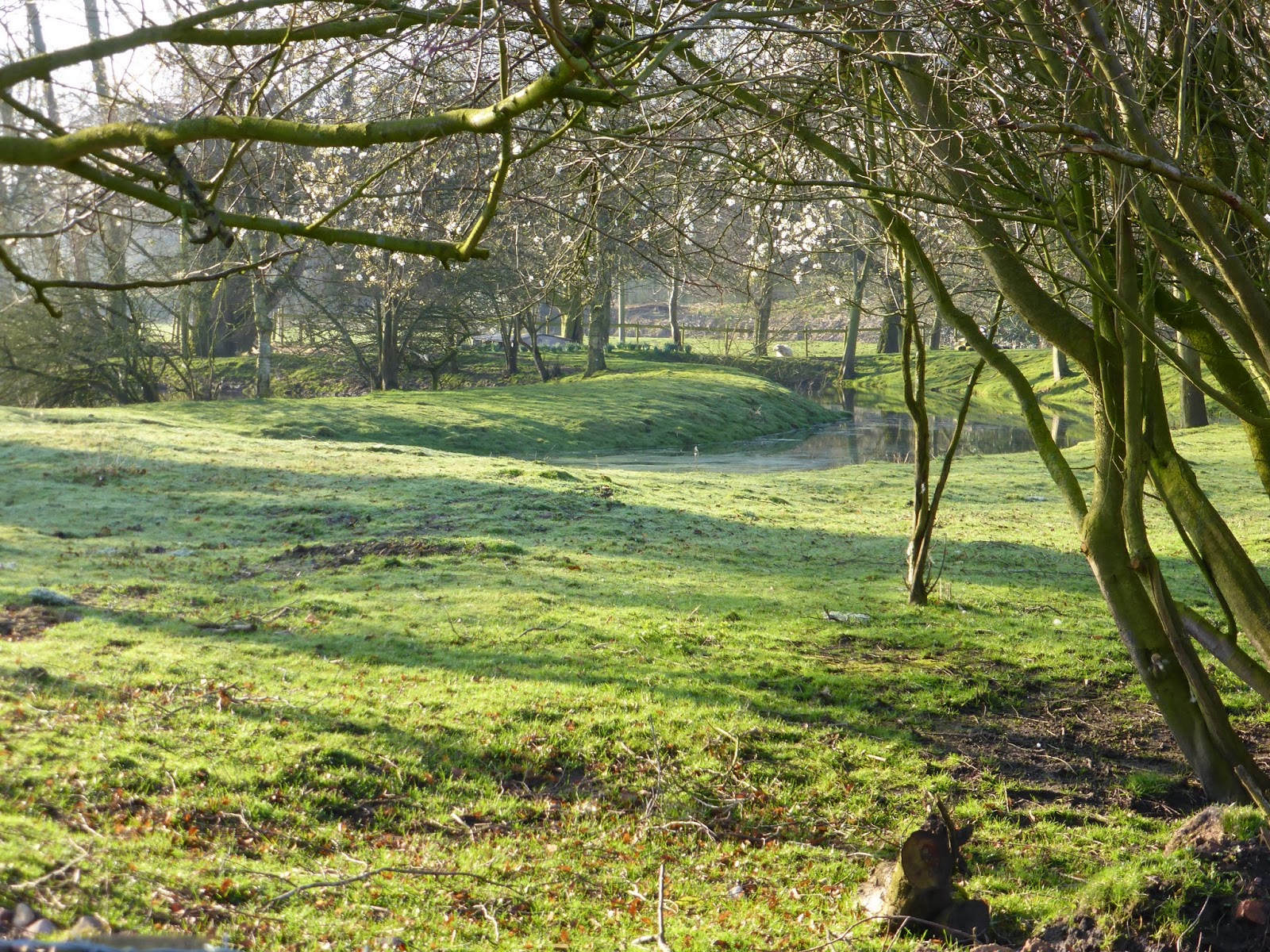 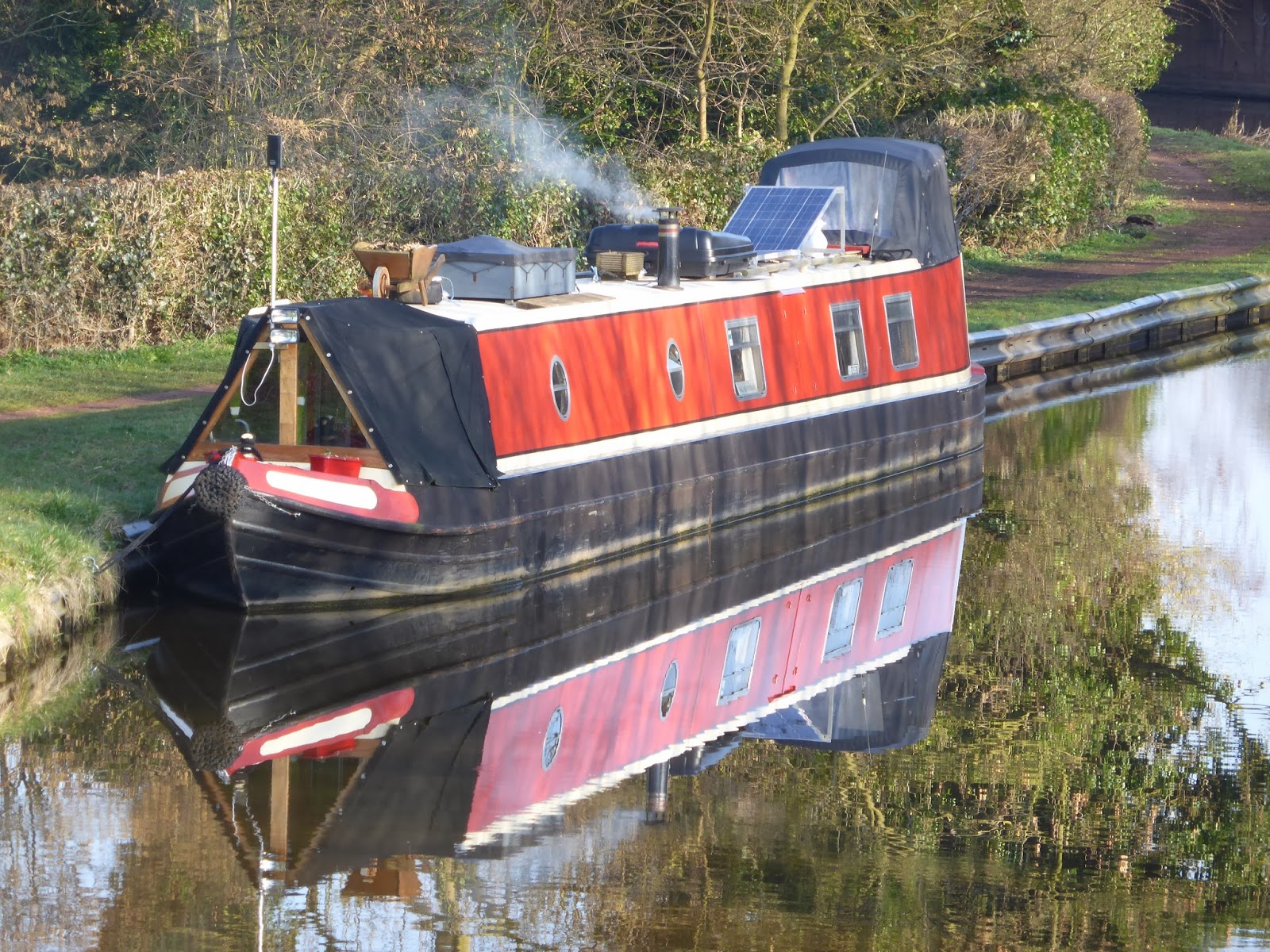 The Sun was out with real warmth to its radiating heat. I went for an early morning stroll past the lock and into Aston village and then  spent the rest of the day painting the stern and the bow before watching a rampant England put Wales to the sword.

Monday- The brushes and paint are out again today, the gas locker lid now has a top coat on the undercoat I applied to it last year.The well attended Monday afternoon boaters tea party was on the Bistro veranda in the sunshine. For the first time only flasks of tea and coffee were evident among the cakes flat breads and biscuits.
Posted by Andy at 11:35