Today we took Festina Lente up the Trent & Mersey canal to Canal Cruising Company so Peter could have a look at the couple of jobs we needed doing, the swan neck needs straightening and a gas locker hinge repair. 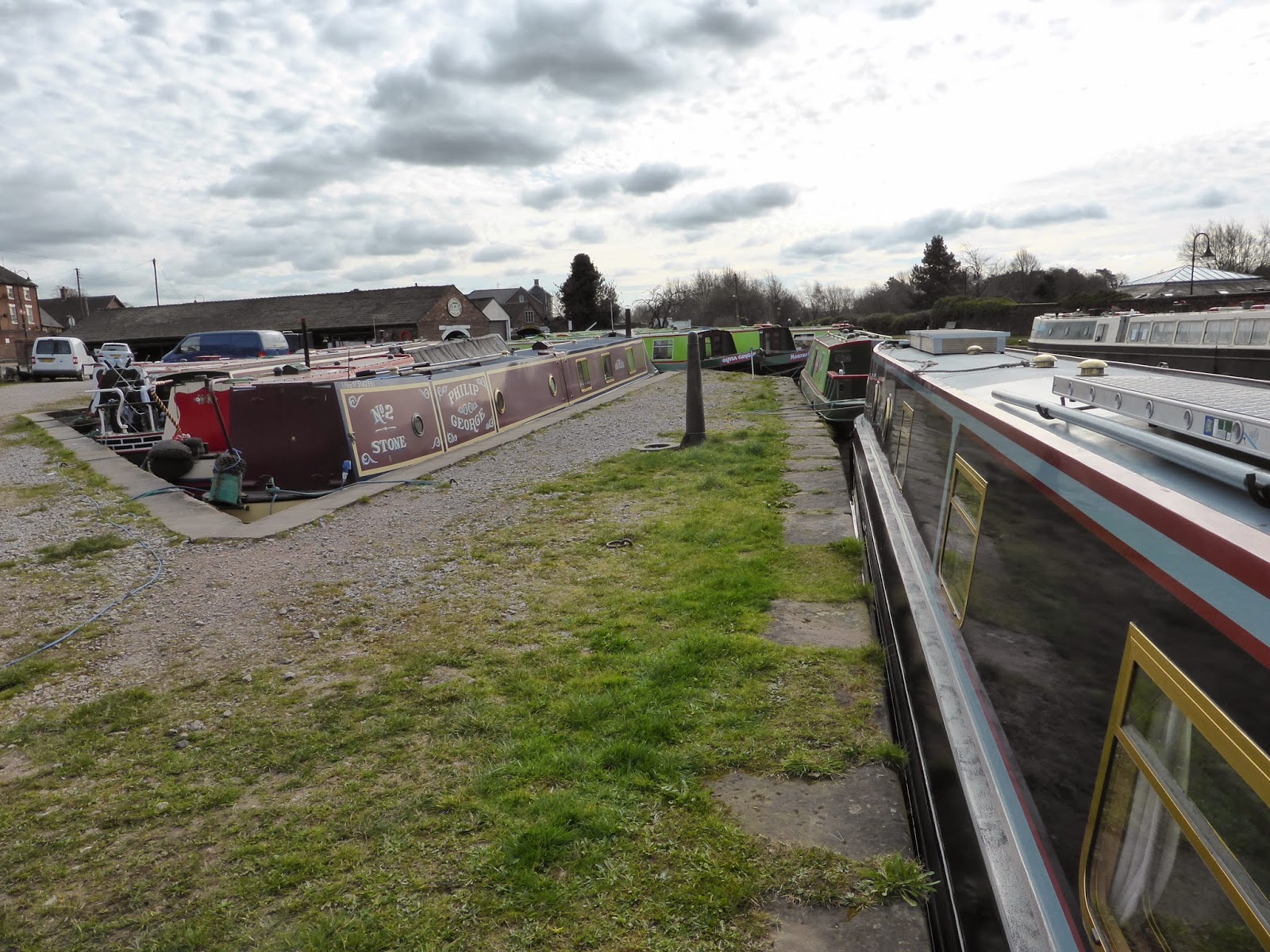 Moored outside CCC waiting while they manoeuvre a few boats to get us near the dock.

Peter had a quick look  decided both gas locker hinges required replacing and got one of his guys straight on the job. 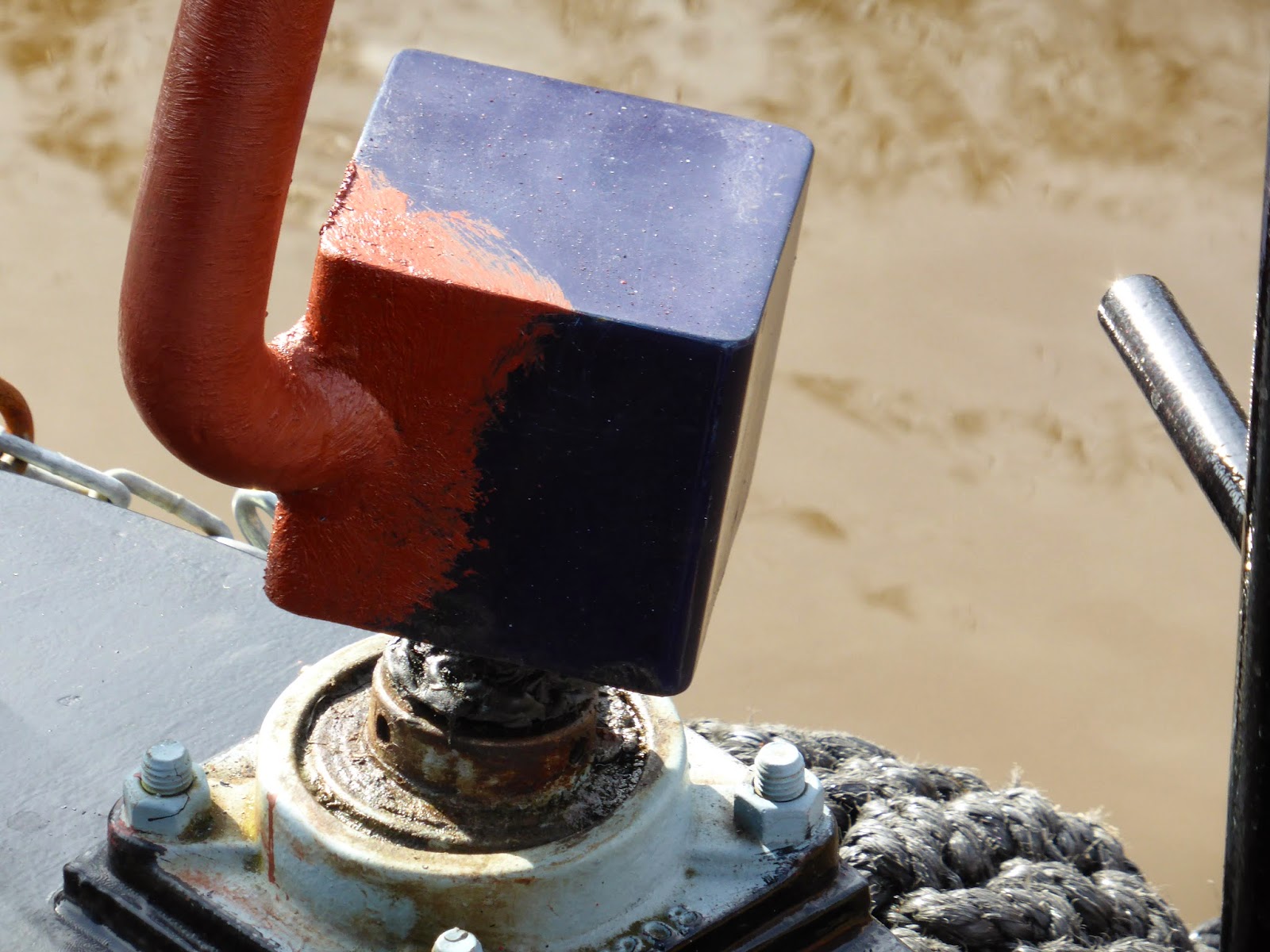 We are both very pleased with service we received from CCC, the job was done and dusted in two hours ... fantastic ... we had 5 months worth of excuses and promises from Aston marina.

While we were in Stone it was into the Royal Exchange for the Monday afternoon boaters gathering, the Titanic brewery put a voucher on my loyalty card for a free pint, how nice. It was very thin on the ground, only the two of us, the gang have all disbanded Roly and Bev have sailed off to help friends move a boat, Dot and Gordon are house sitting in Northumberland, Paul, Elaine, Ray and Diane have left to join them. We will joining up with them all for a couple of days from Wednesday.