We moved up the Audlem flight, at one lock I looked up to the next and noticed a volunteer lock keeper opening the gate for us. You can always tell a volockie by the uniform -  blue shirt, auto life jacket and flap cap. Great, I told Sue to close the lock up we were exiting.

I apologised to the single handed boater at the next lock for shutting the gate on him, I explained why, he wasn't a happy bunny even though Sue offered to walk back and open up for him, well don't get up in the morning and decide to dress like a volockie then mate!

We stopped two locks short of the flight of 15 paint brushes were out to put a bilge coat on the rear deck gutter.


Today after we washed the starboard side of FL's paintwork we continued up the last two Audlem locks, we still needed fleece's even though the temperature was up on the last few days. Sue bought some shortbread from the farmers wife at the top lock. 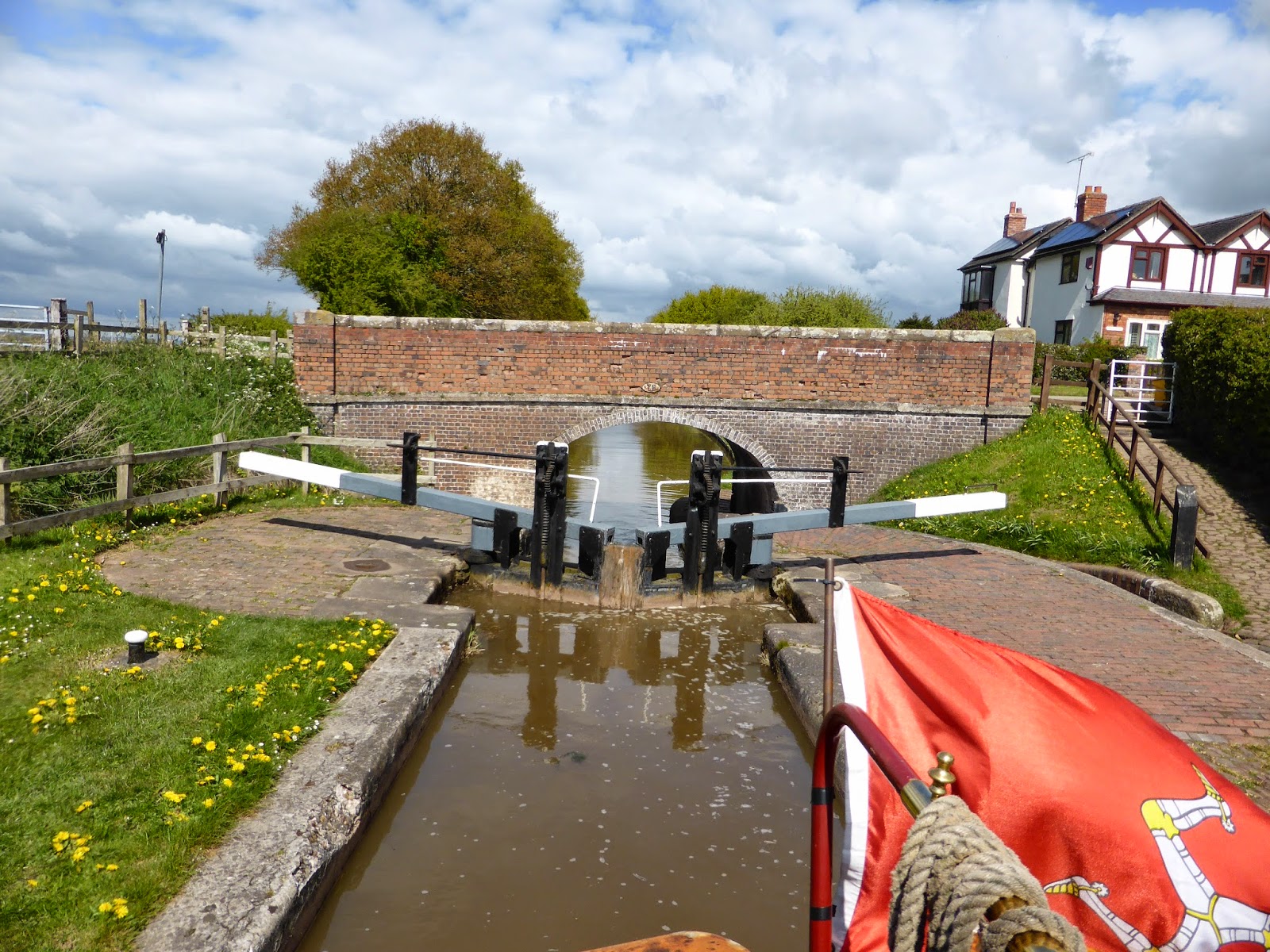 After a mile of cruising through mainly dairy farms we start the climb up the five Adderley locks, here we met up with Jill and Malcolm who are moorers at Aston Marina. 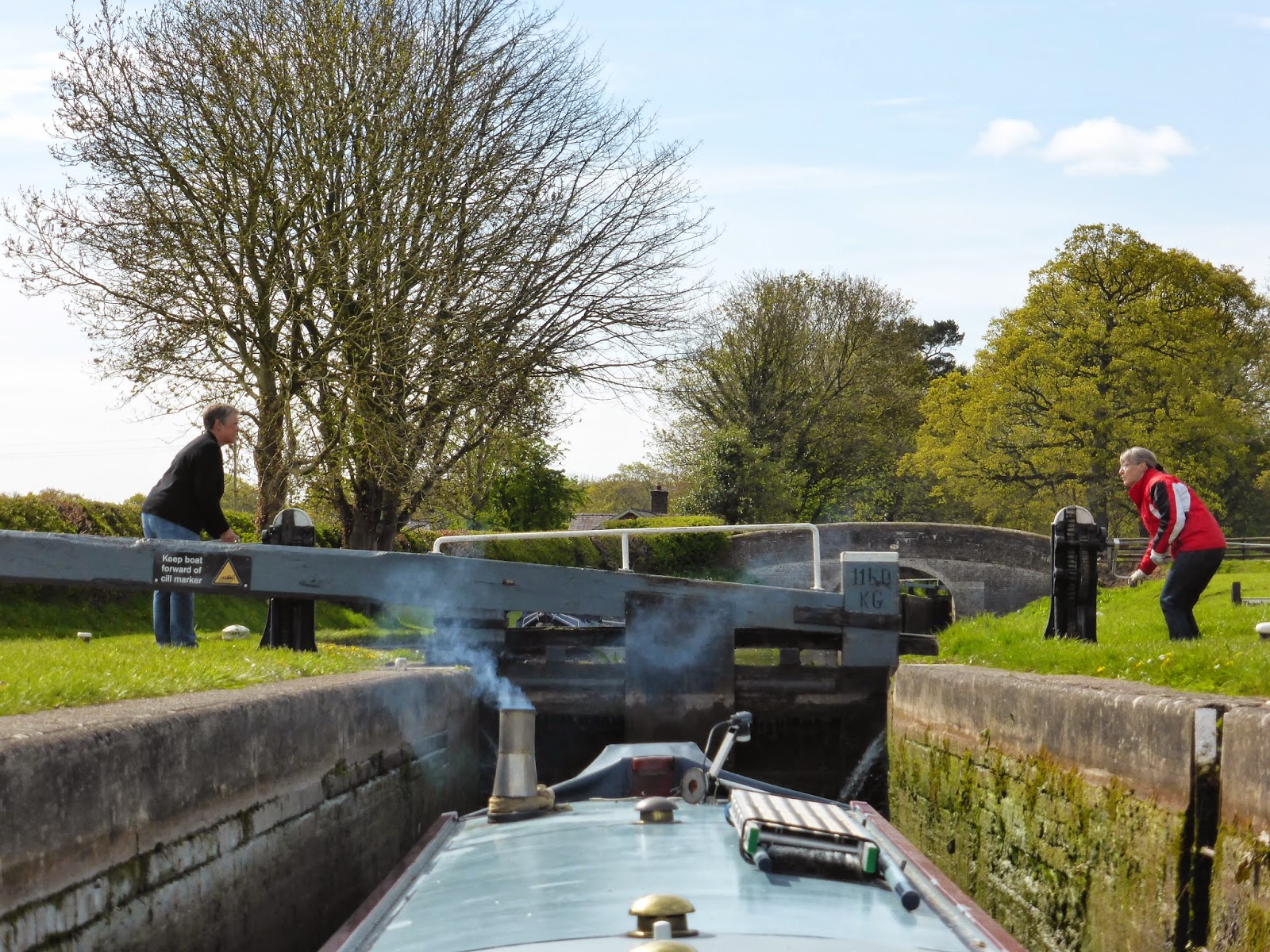 We are now moored at Market Drayton in front of friends Bev & Roly on NB Klara. It's always fun meeting up with this laid back jocular Welsh duo. Later we all met up with Rob & Sally at the Talbot A great night was had with good ale, food and very good company.

Saturday - We walked into Market Drayton to get some supplies, we also needed some sitting out on the bank chairs. We found chairs in a discount store, so we will be ready for the next bout of sunshine...it's raining at the moment. A quick stop at the local Weatherspoons for a late breakfast before I returned to FL with the seats and Sue went on to Morrisons.