Woke to a fine morning but forecast is for rain later so I will leave the paint and brushes in the cupboard. Instead we would have a walk along the towpath pass the lock flight and into Stone and be back by midday when the rain was due to come in. 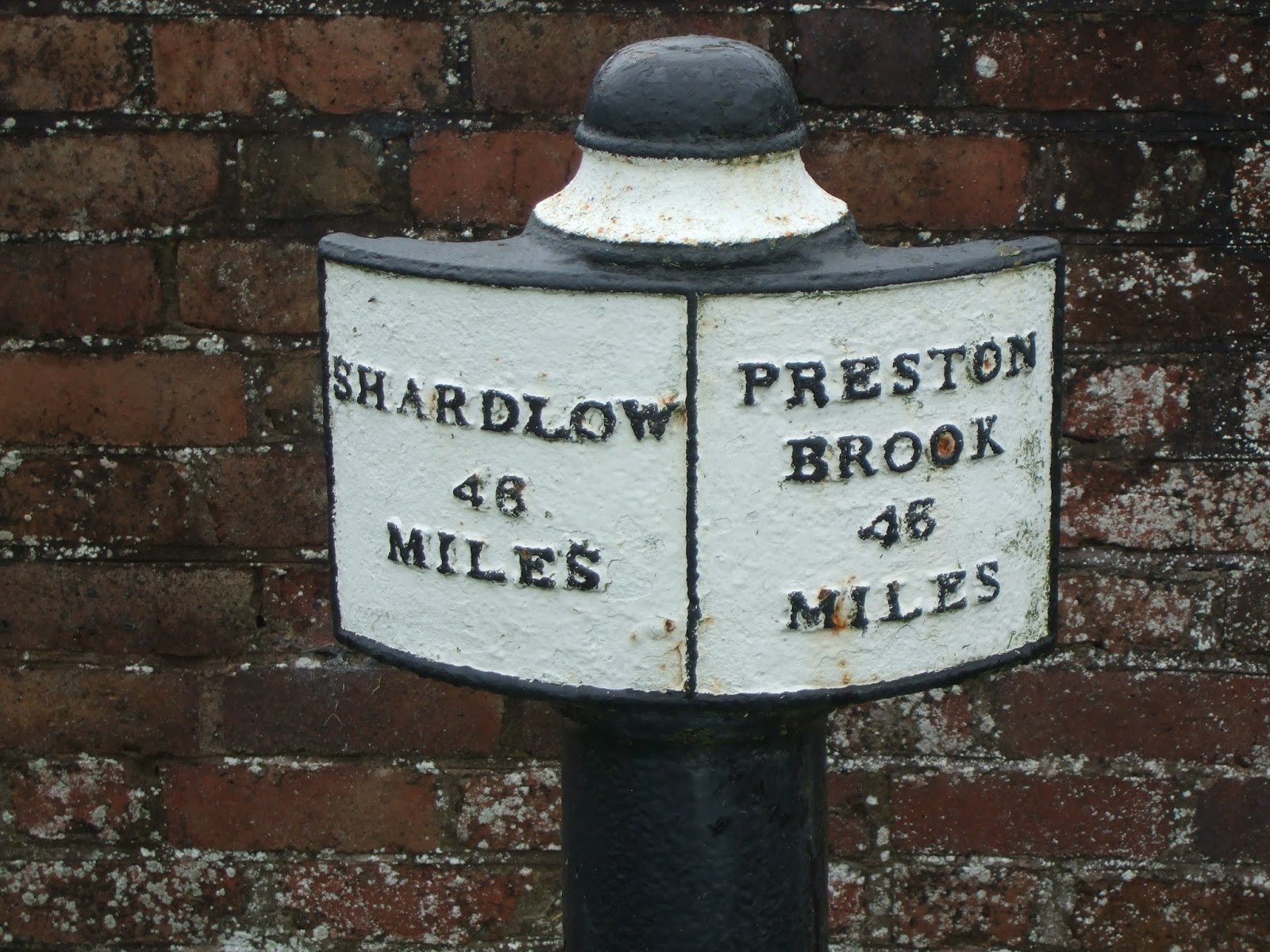 Half way on the Trent & Mersey 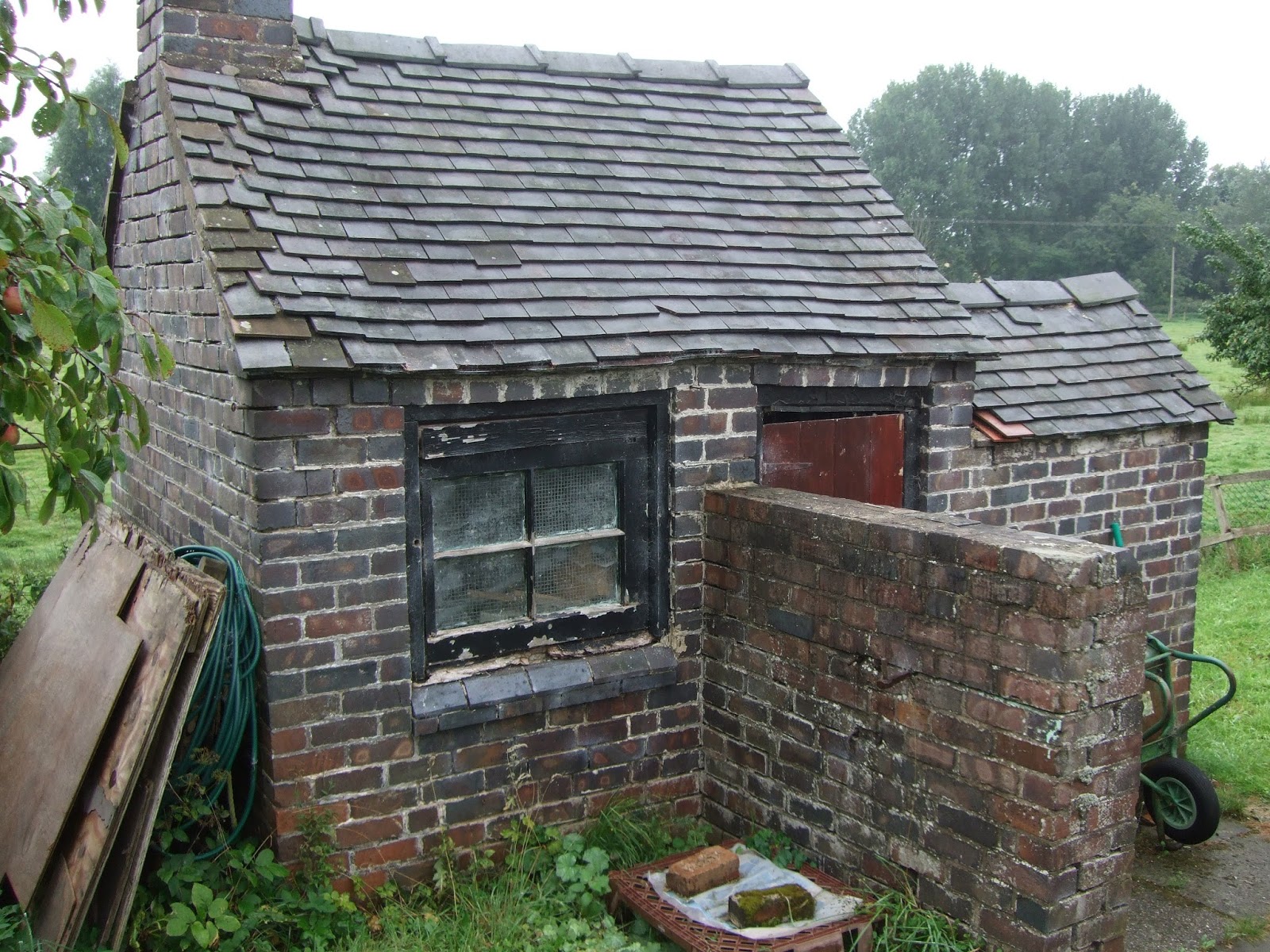 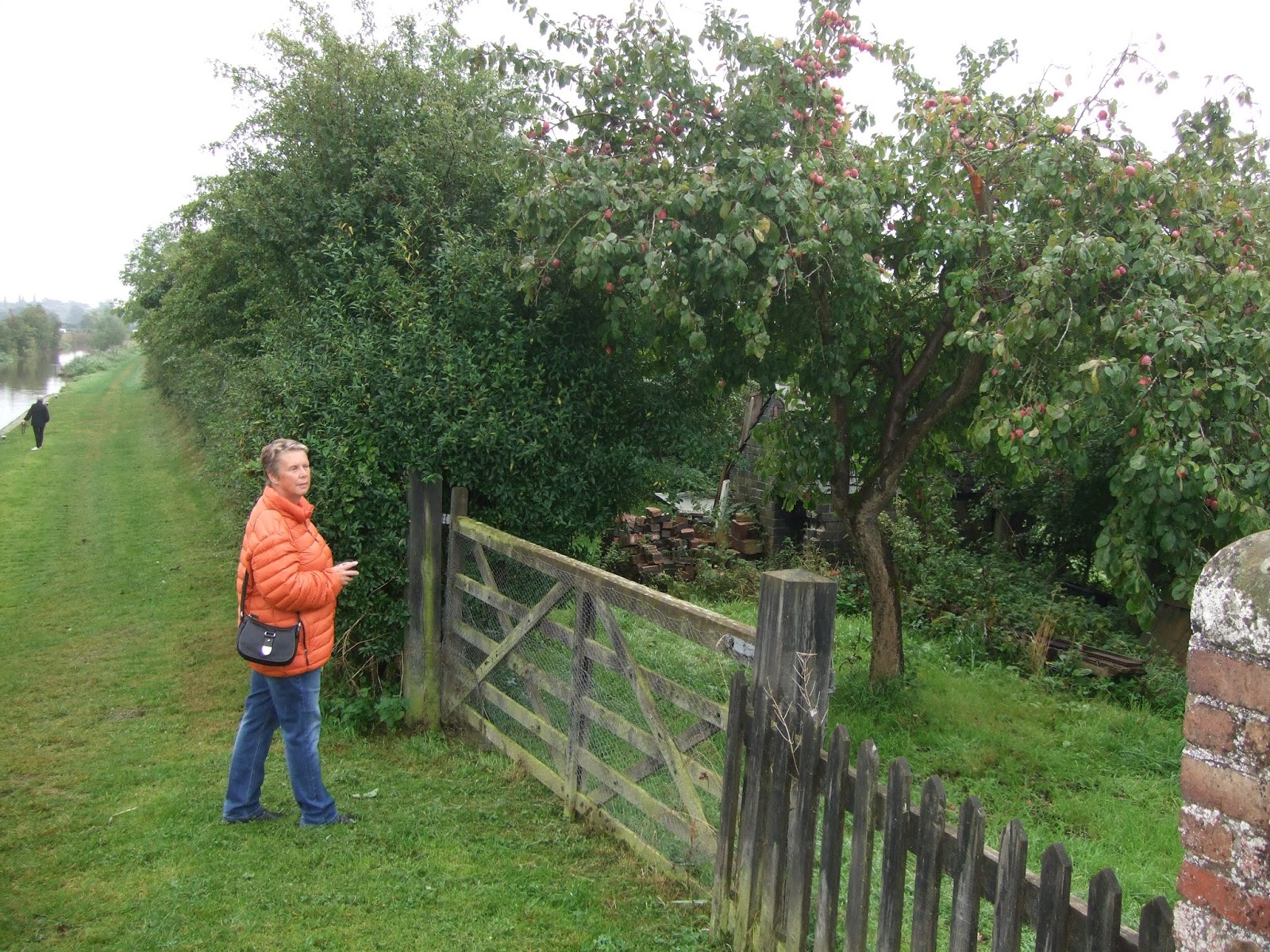 Sue eyeing up some plums just right for scrumping. 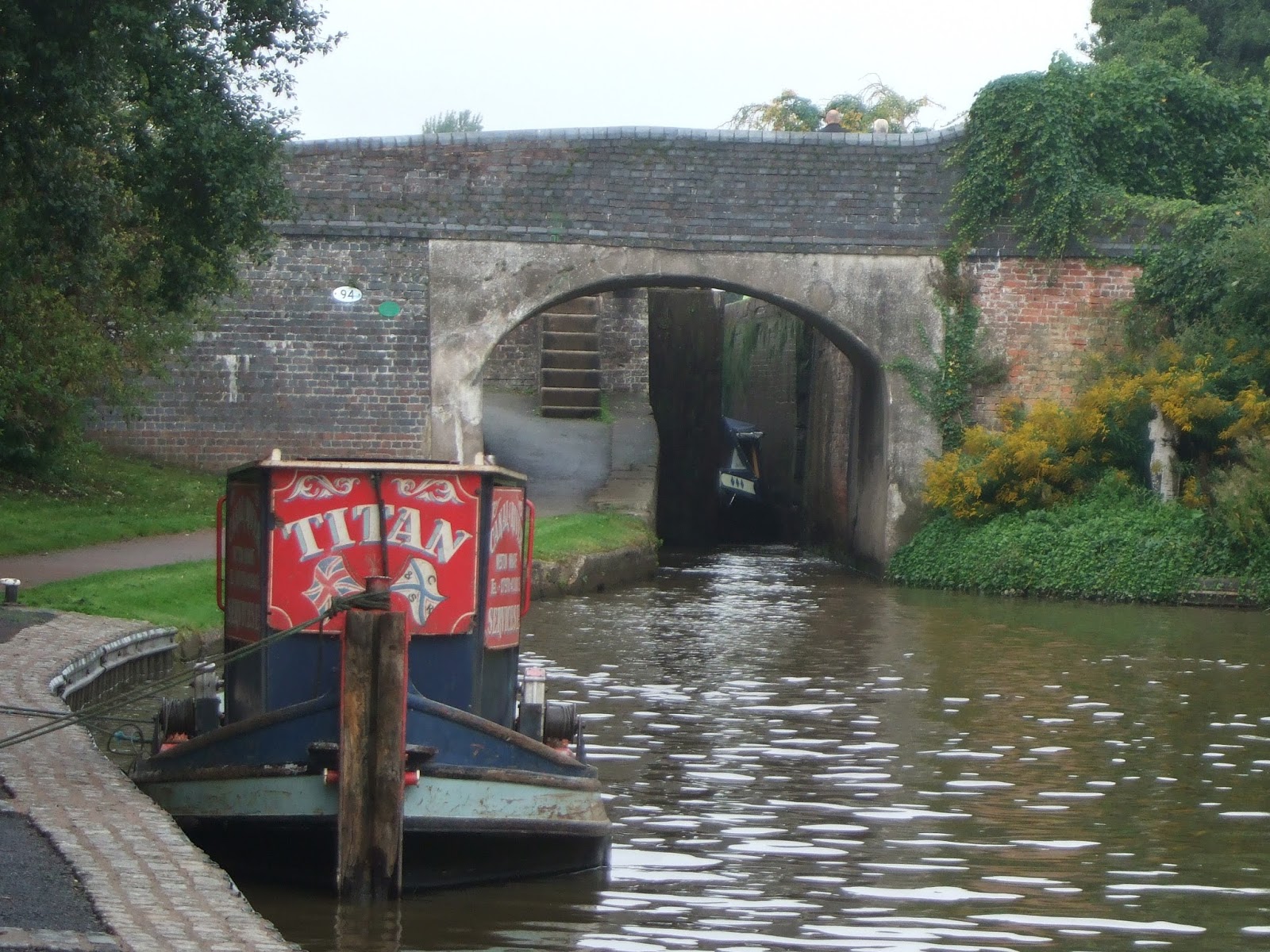 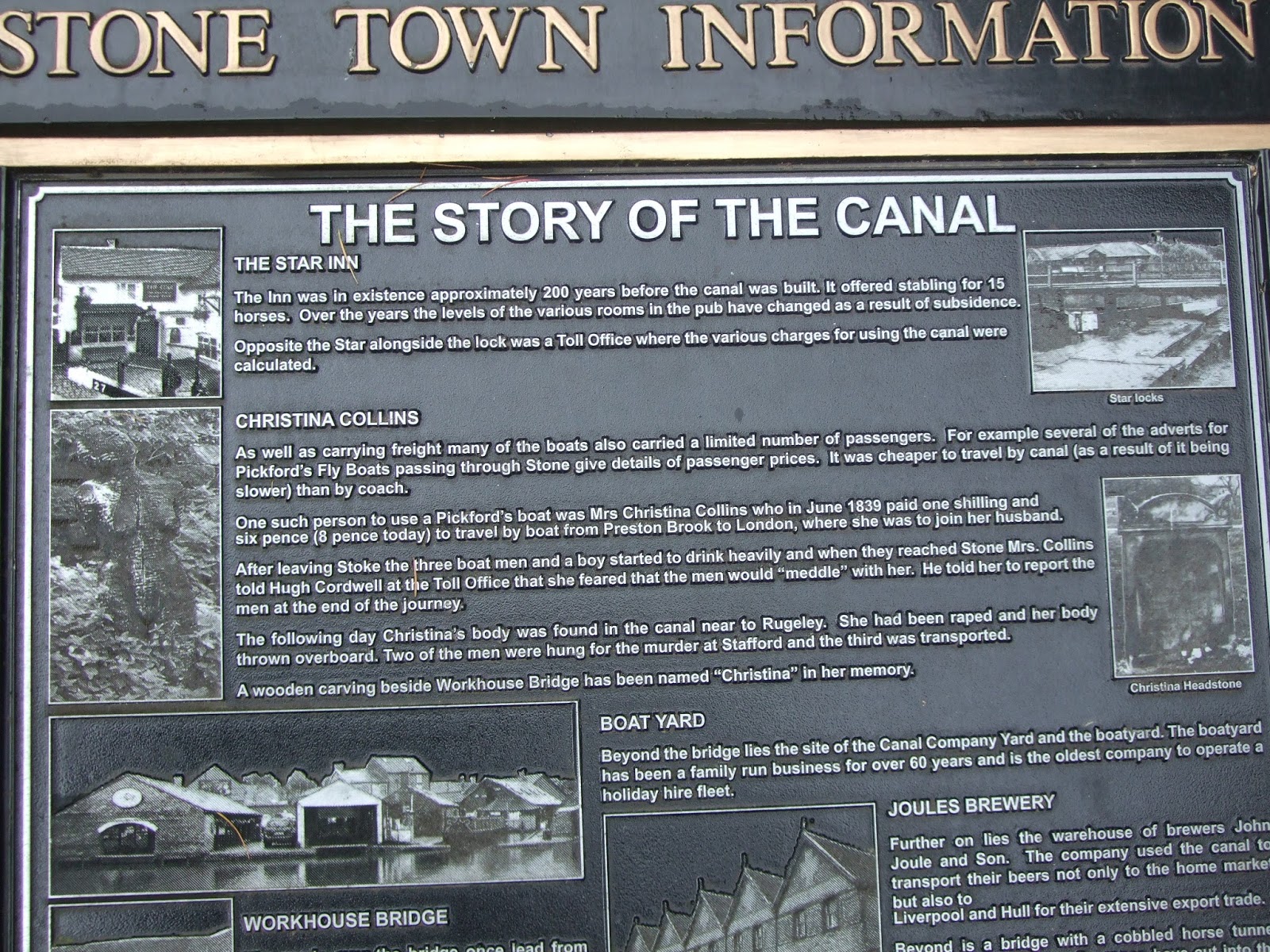 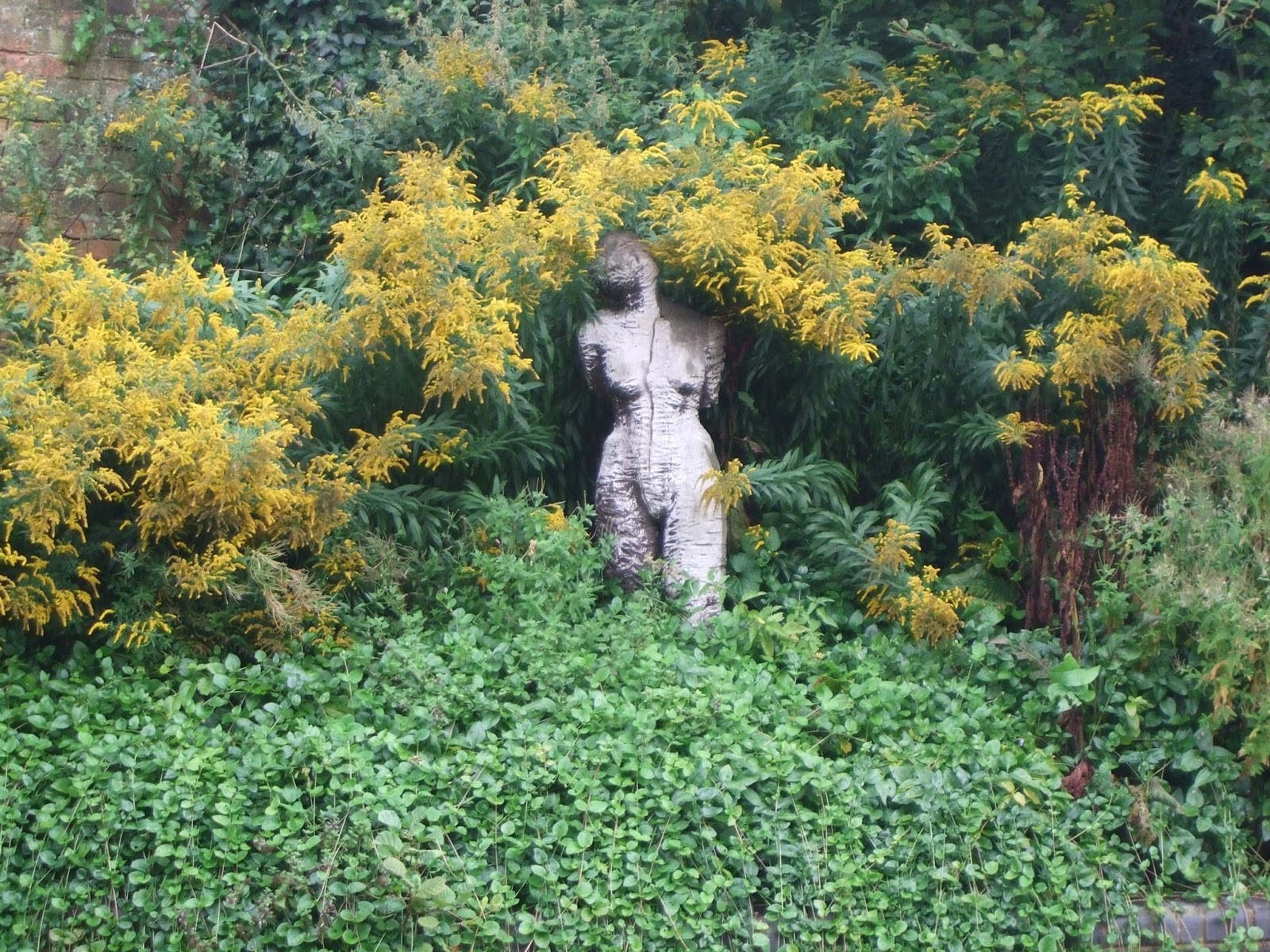 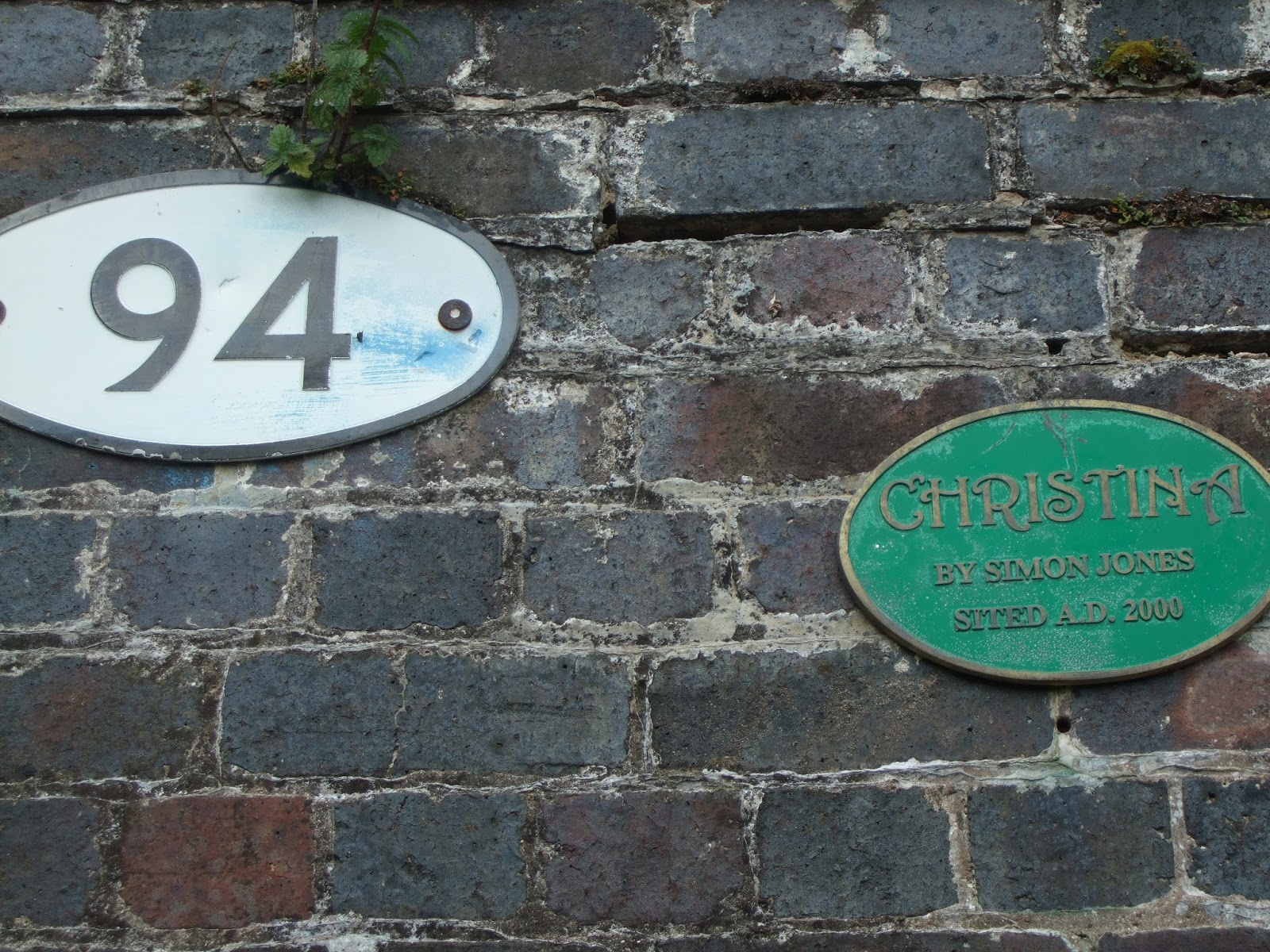 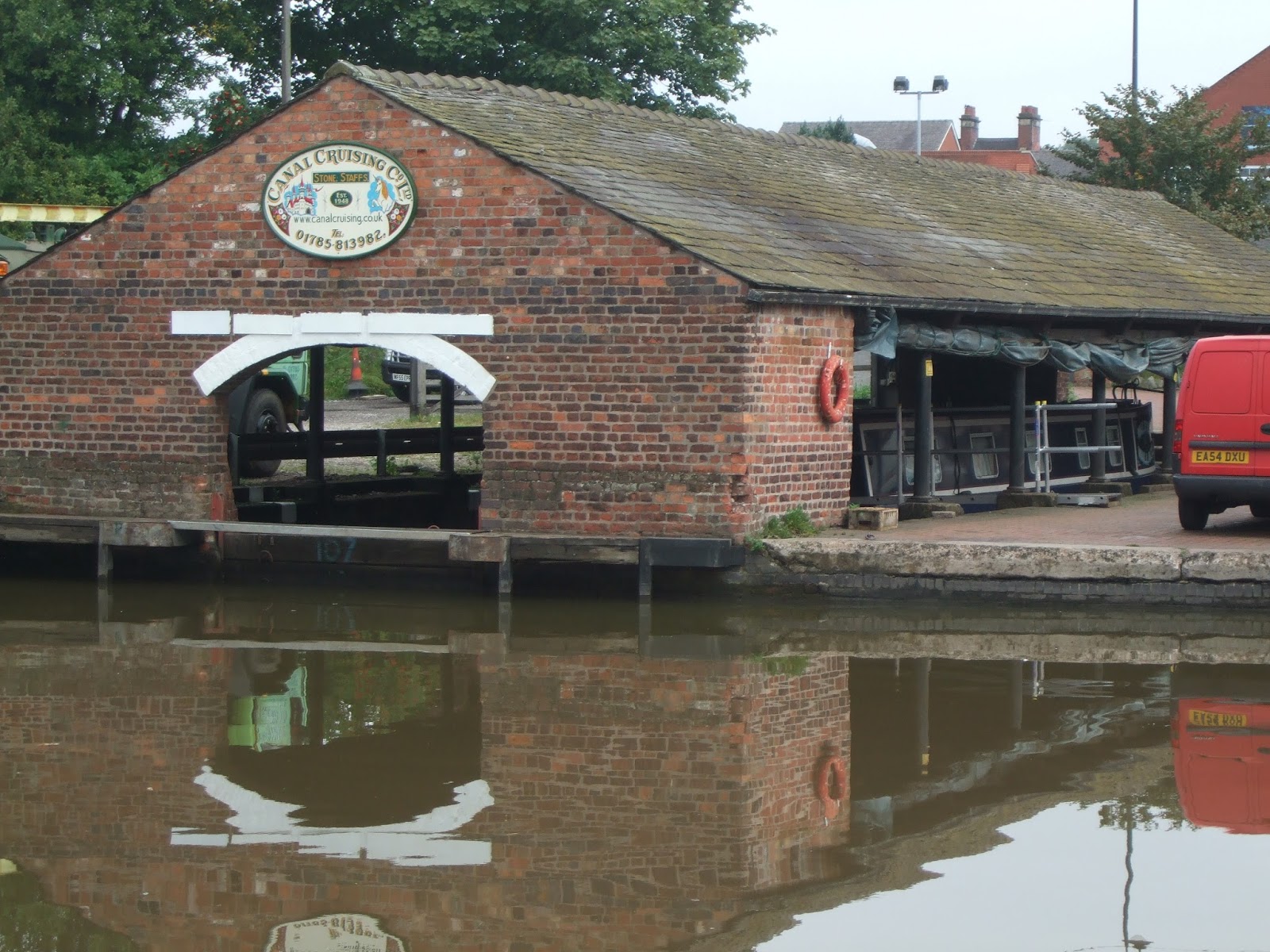 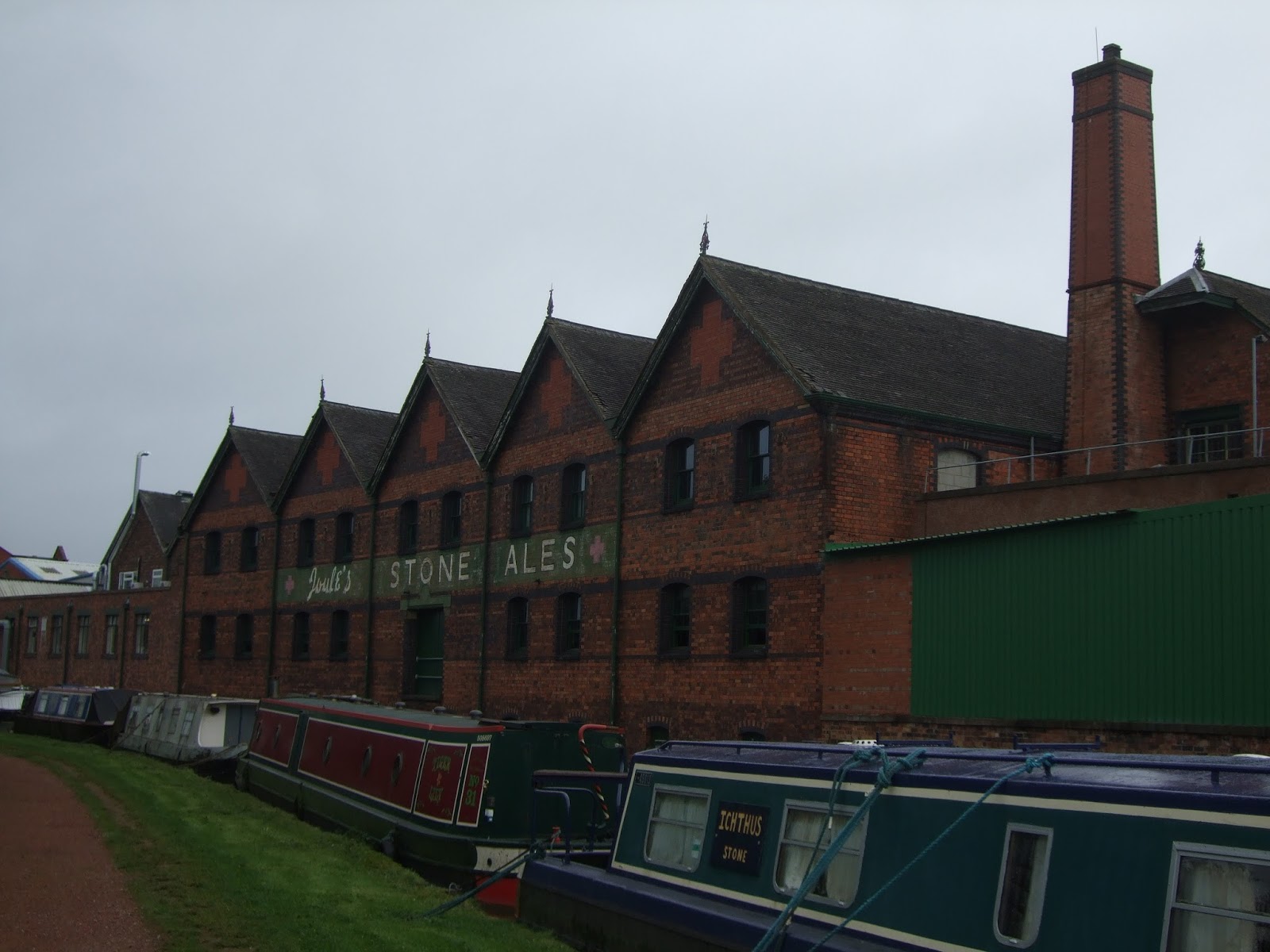 Joule's canal side brewery, no smells of hops or barley today. It was bought out in the 70's by Bass Charrington who demolished the brewery but kept this warehouse. 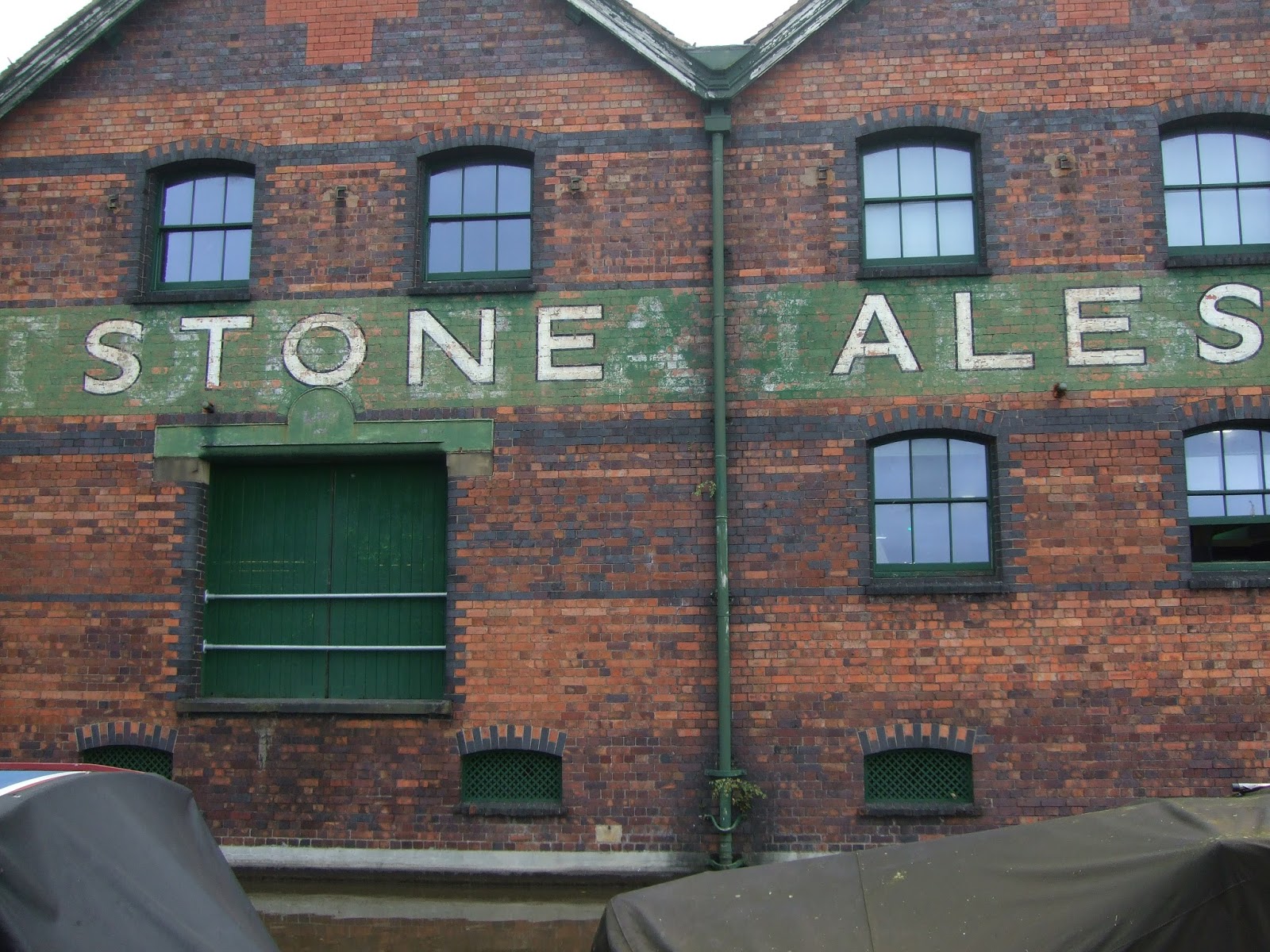 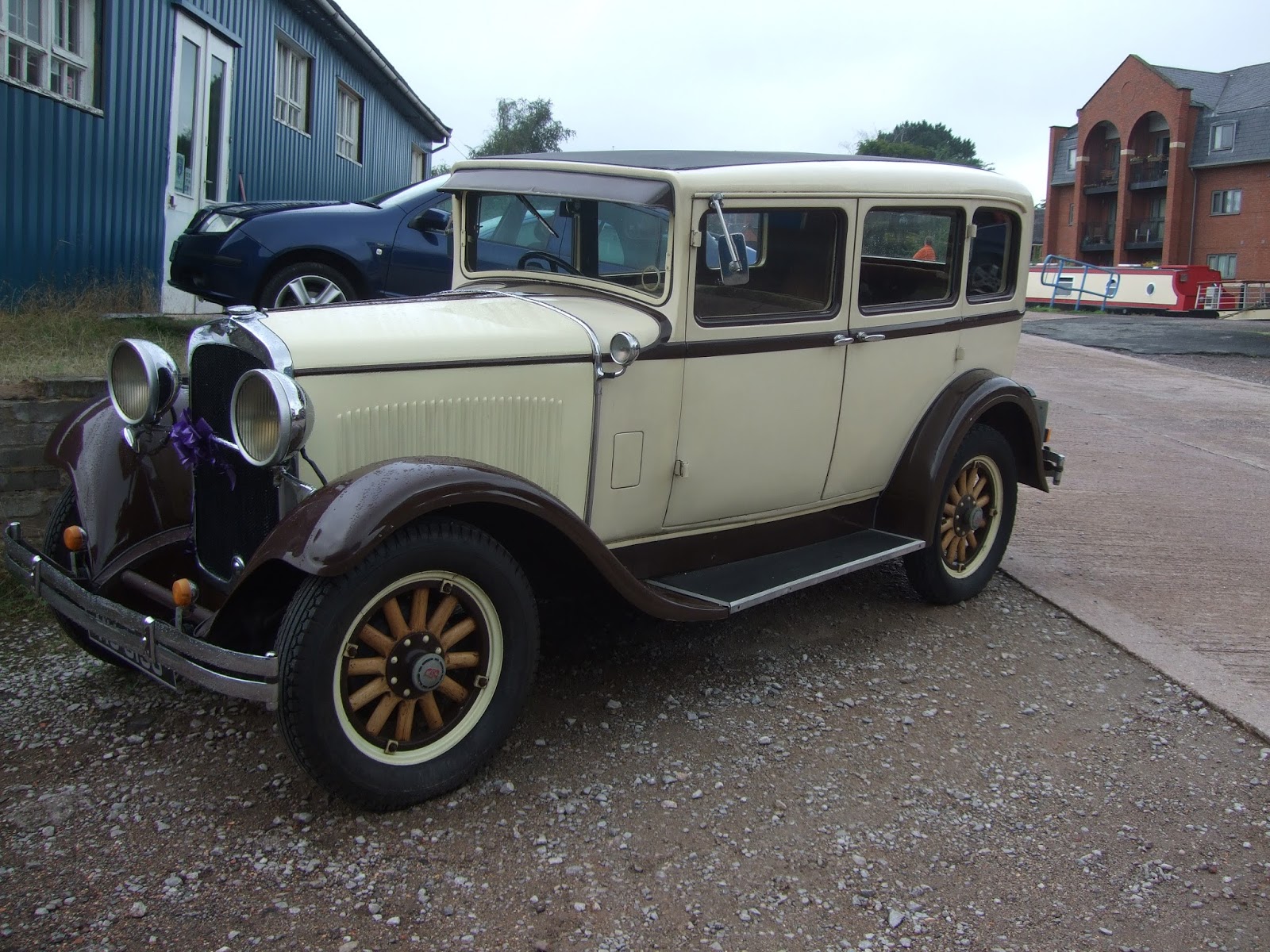 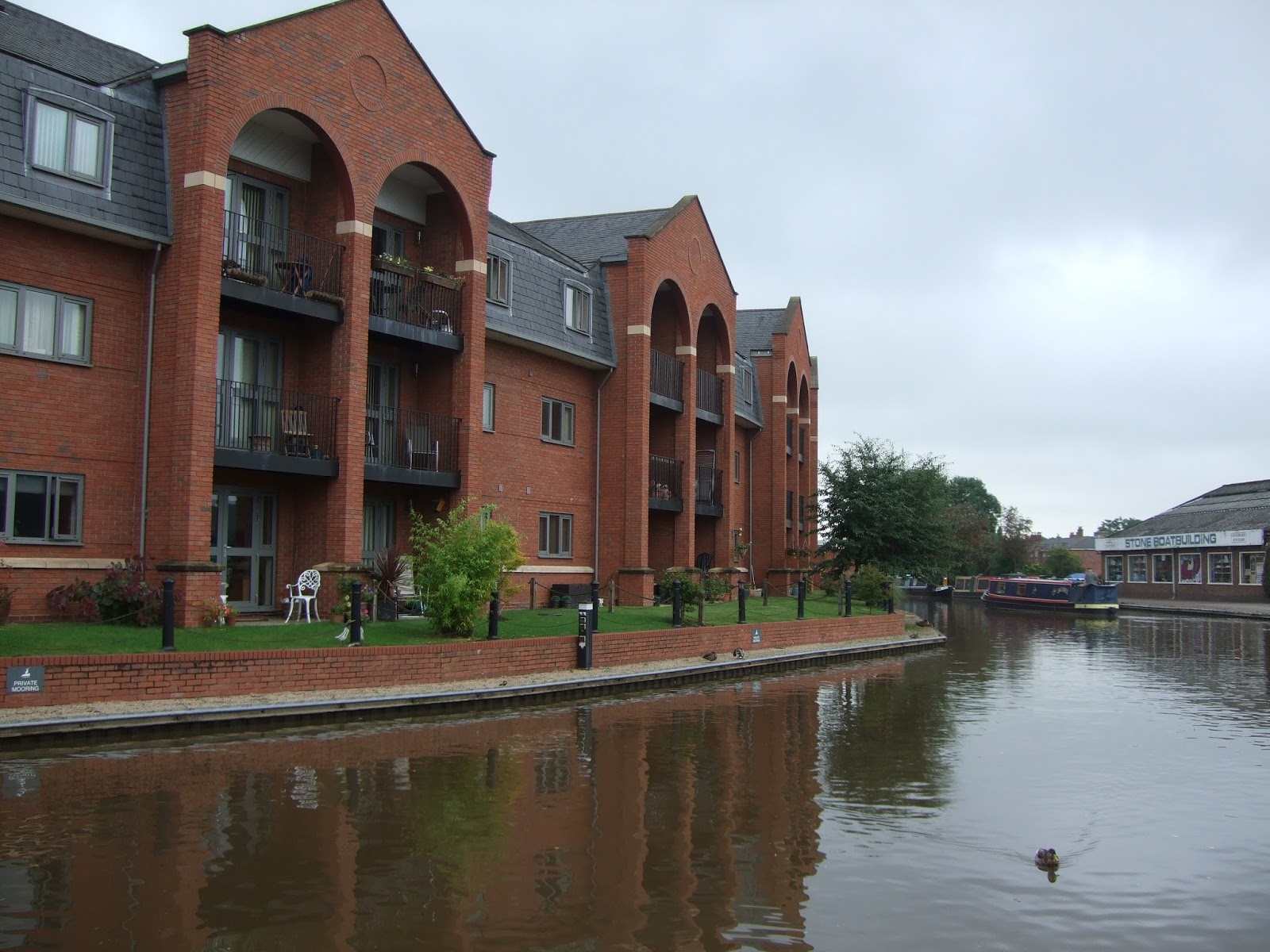 Some smart Stone apartments canal side. 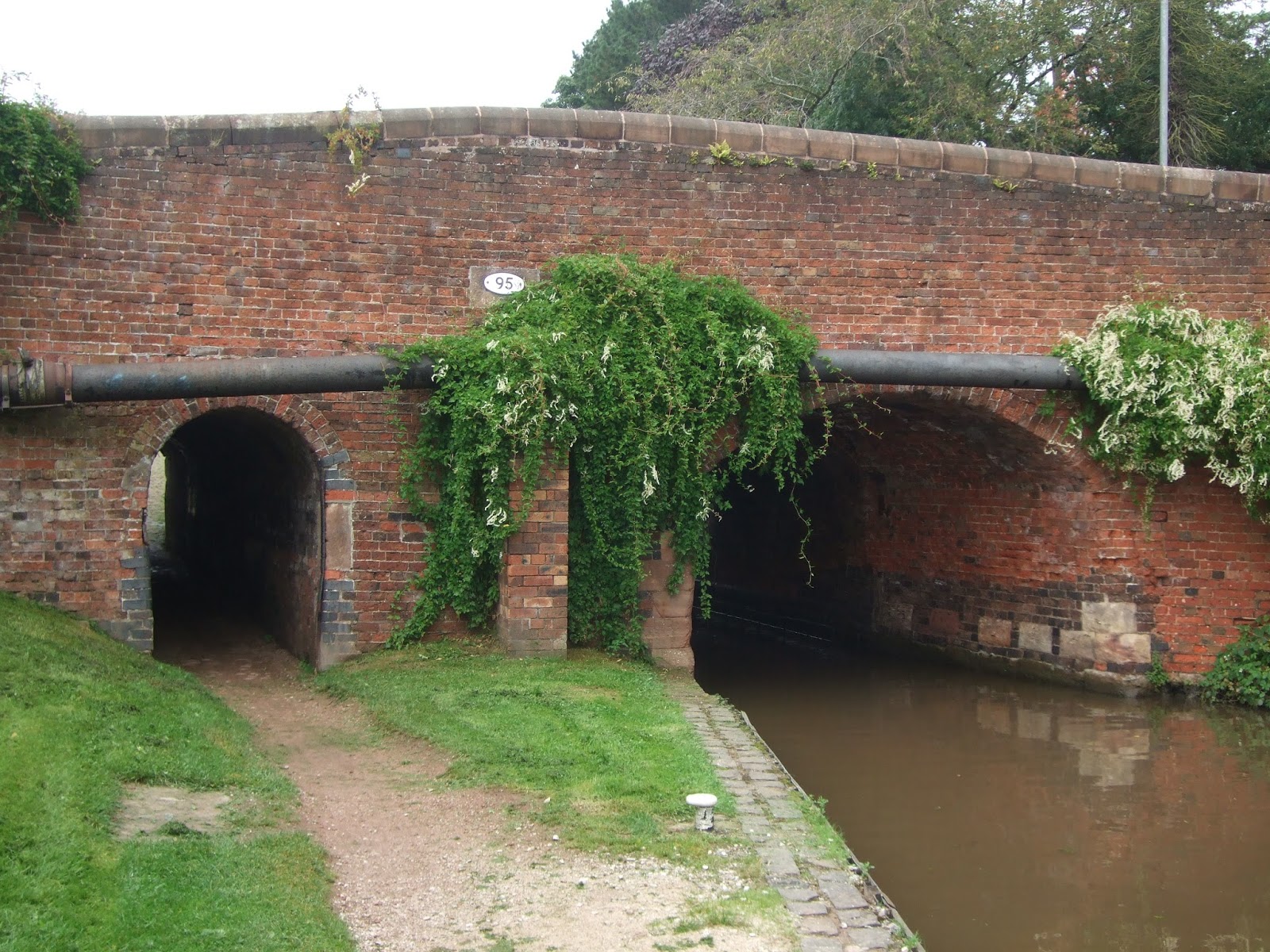 The smaler arch was for the towing horse 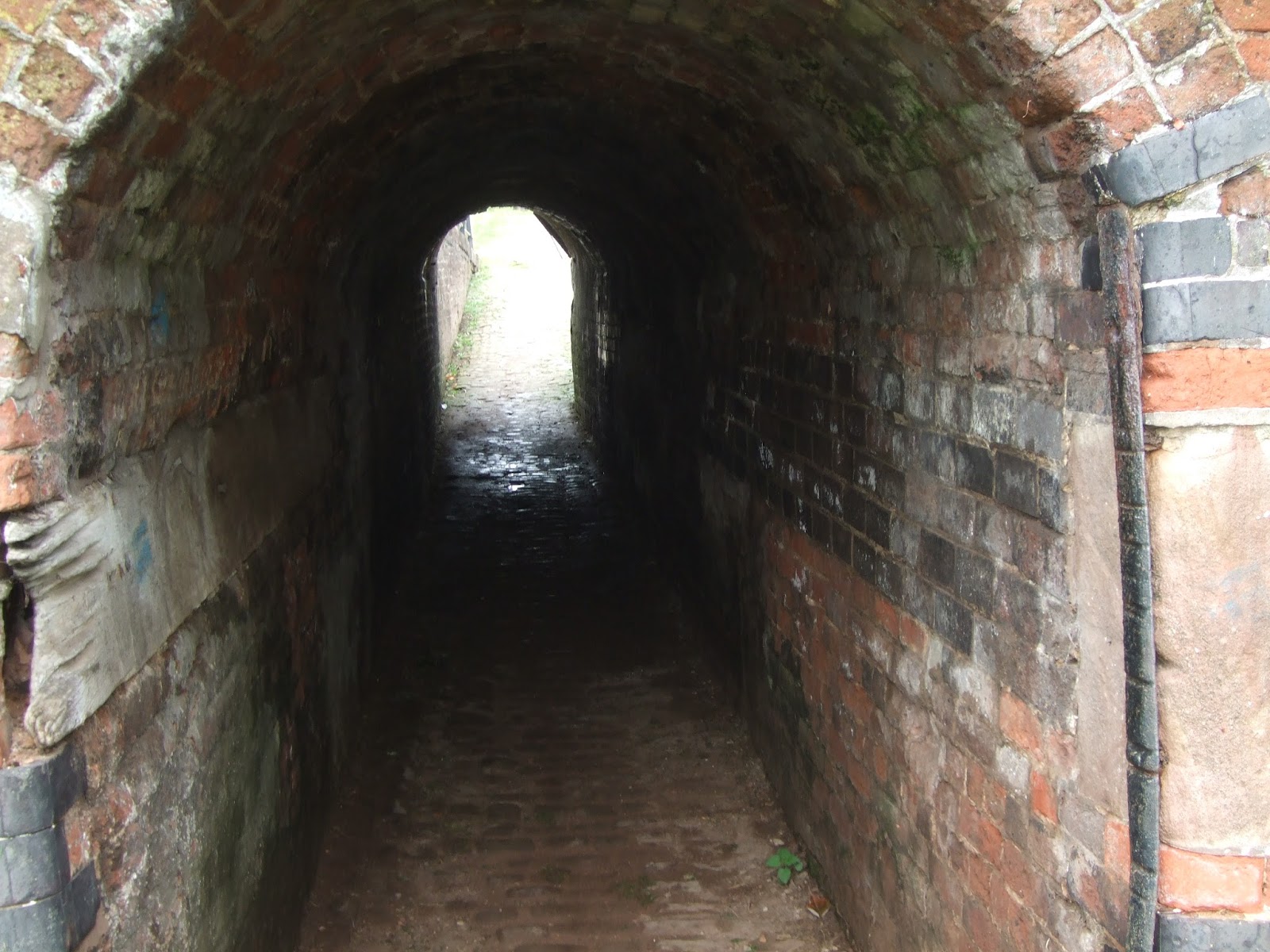 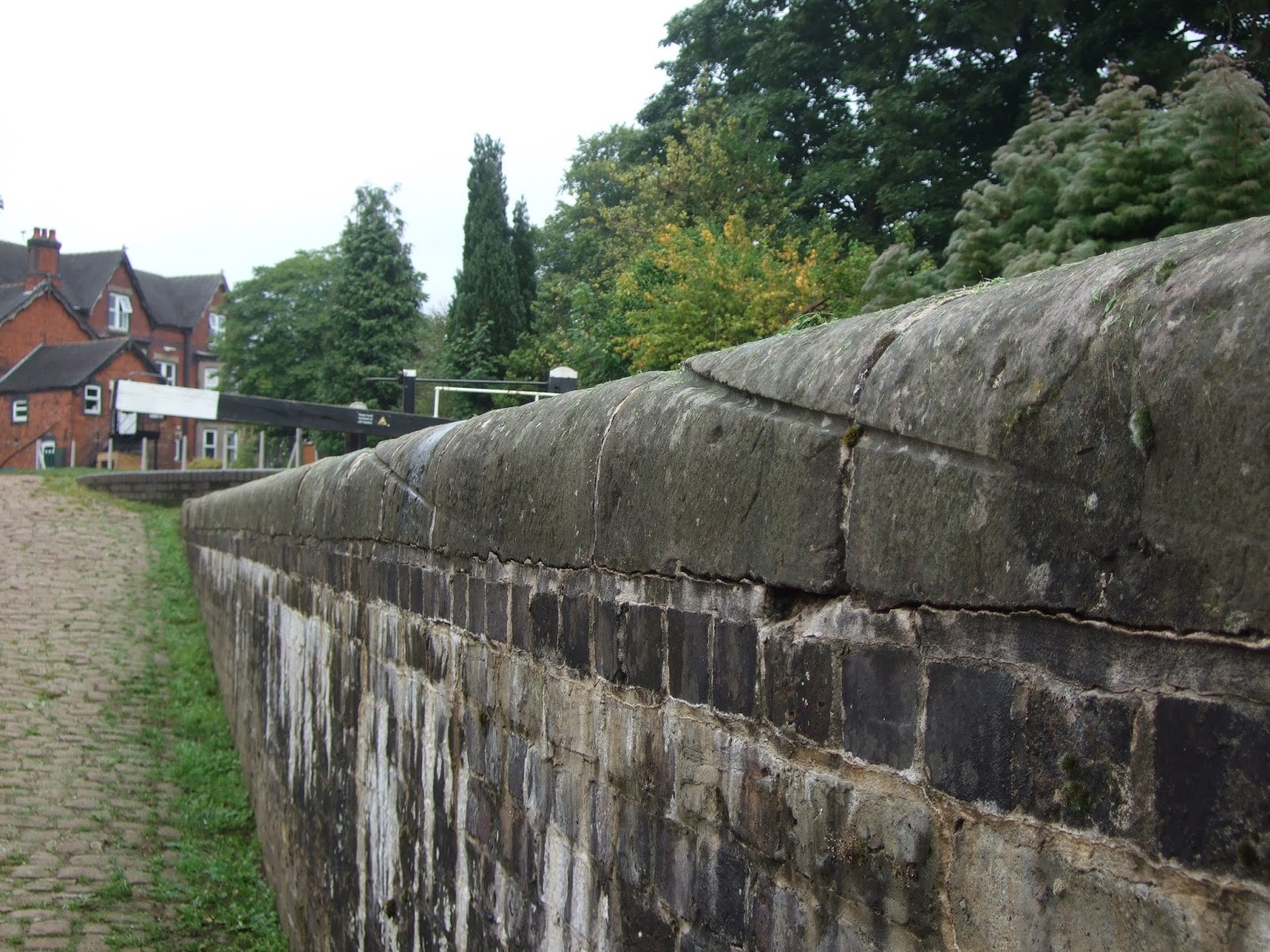 You can still see some of the grooves cut into the capping stones
and either side of the tunnel above. 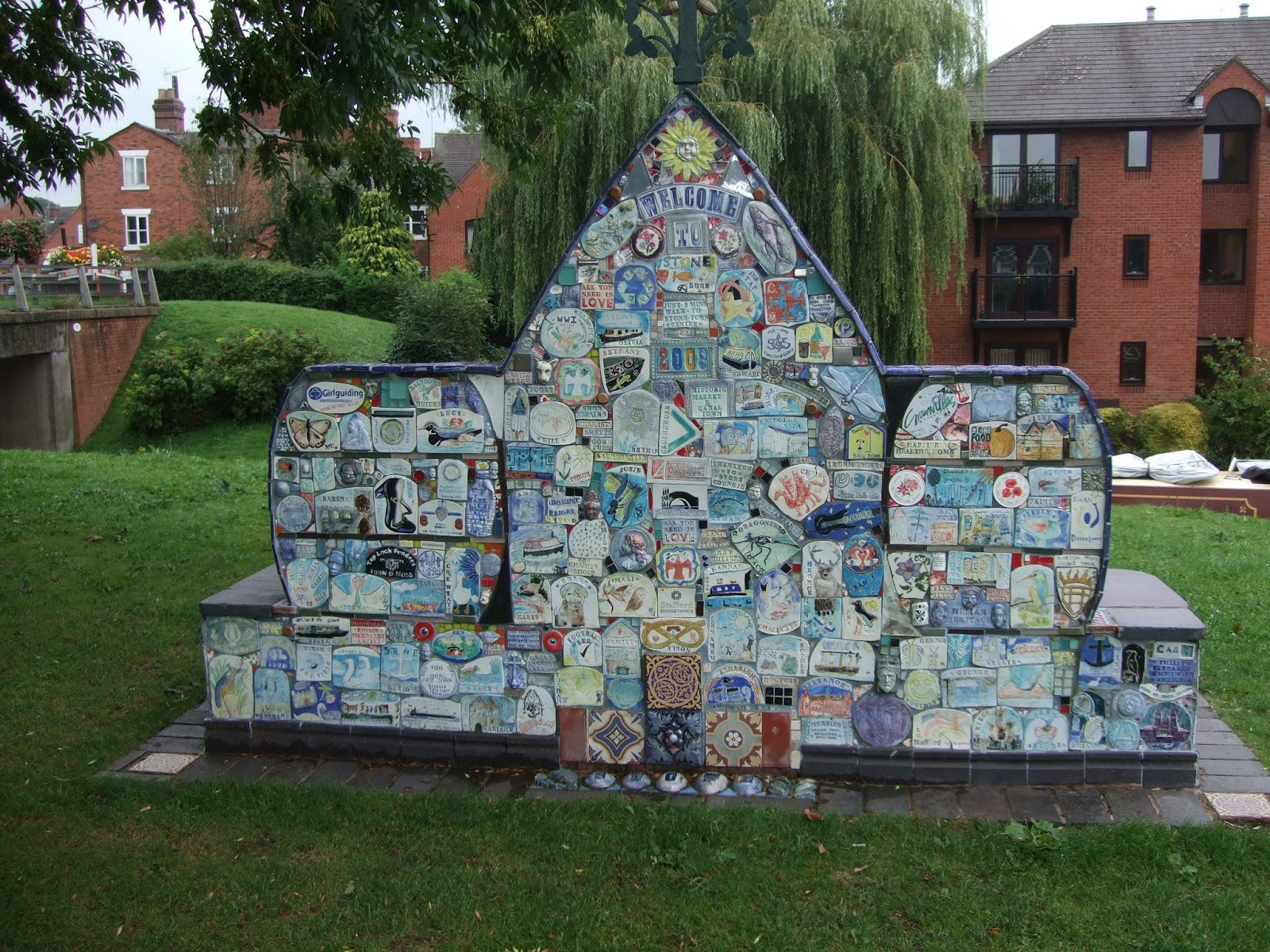 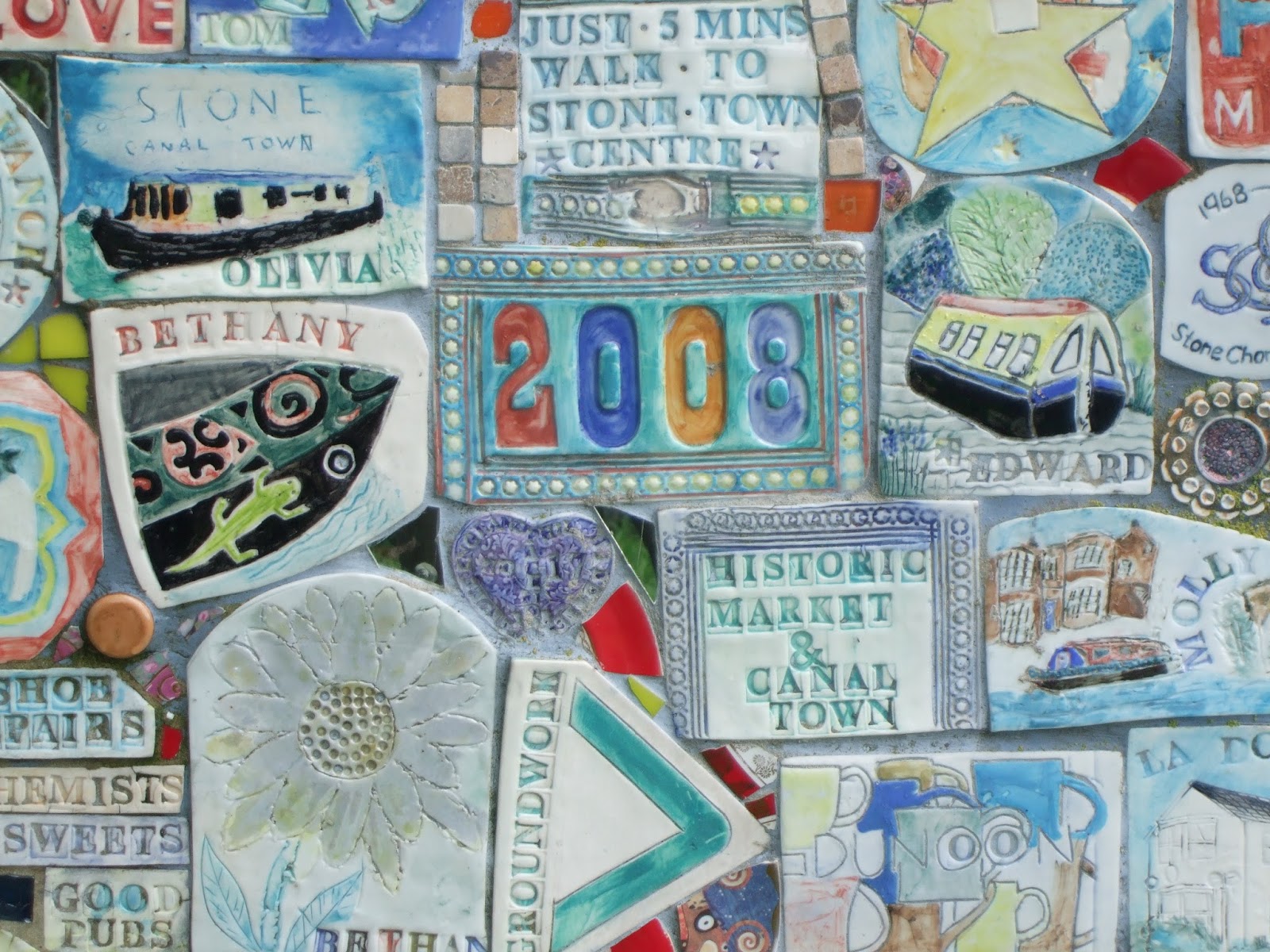 It appears the towns children have made ceramic tiles to use in it's creation.

After our 4 mile jaunt it was back to the marina, a cup of tea and a sandwich in the on site Bistro for lunch before going back to the boat to do some chores , it's now 1800 hrs and the sun is still out, the rain that was promised hasn't materialised, I could of got that paint job completed.

Alex rang and the joiner will be at the marina Saturday afternoon to look at our projects.

While I write this Sue has been catching fish. 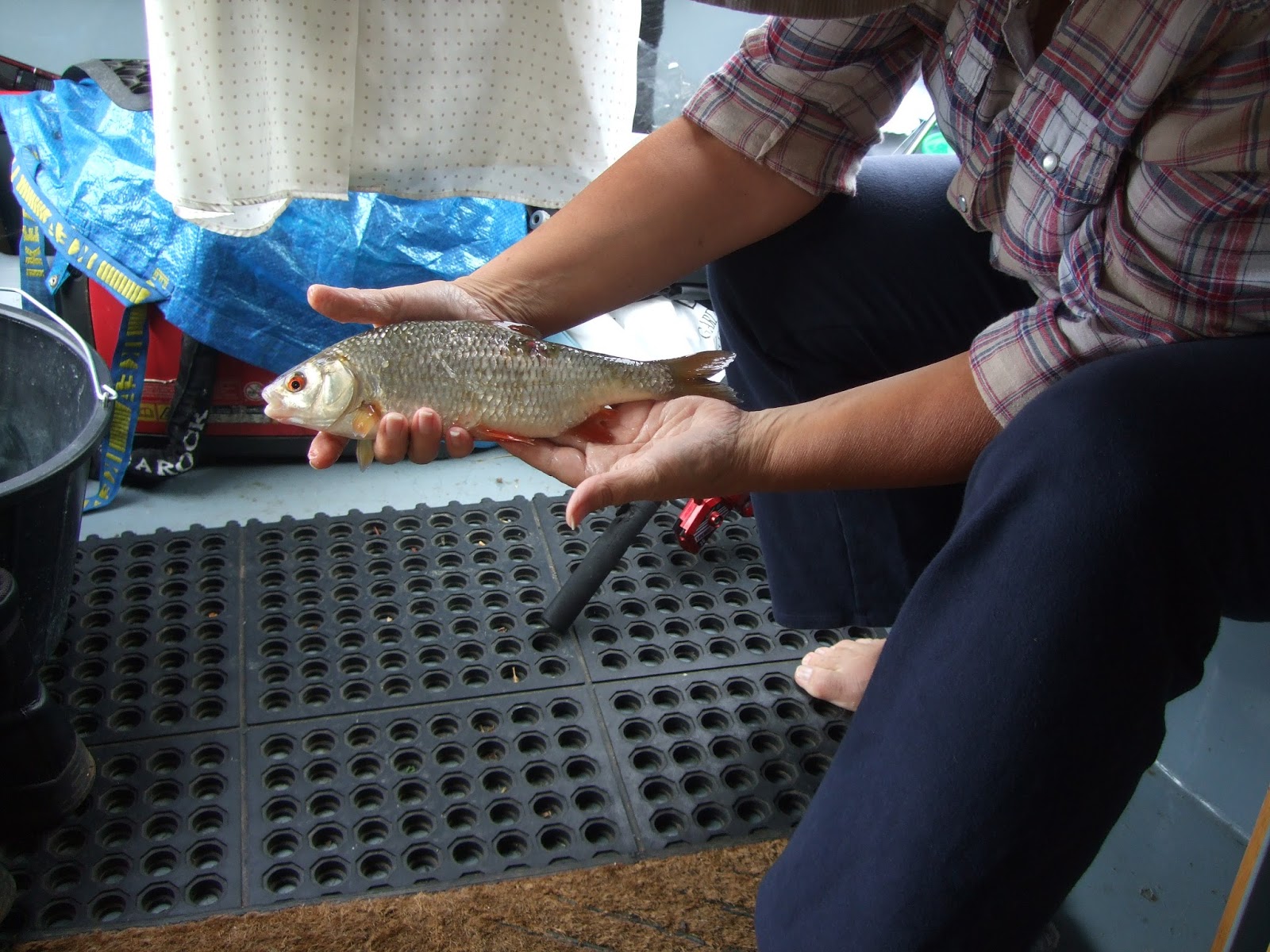