We got a Taxi to Stafford, a train to Liverpool and a Ryanair flight to Dublin  for a surprise birthday bash for our friend Tracey, I haven't been able to blog about it till now as Tracey reads the blog and I didn't want to spoil the surprise element to the weekend.  I will publish on Sunday. We are billeted in the Double Tree and arrived Friday morning, the surprise do is on Saturday at  La Caverna.

We have been for a stroll around Grafton Street area (main shopping district) and had a Guinness in M. O'Briens 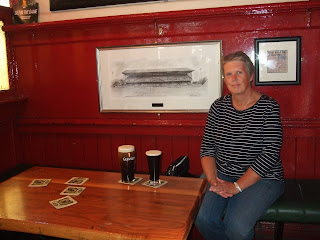 The night at the Brazen Head was awesome for 40 euro a head we had  a descent  three course meal while  in between courses we were educated in Irish history and culture through story and song by our host Ollie who's engaging charm and infectious energy kept the Americans, Canadians, Danish, Swedish and British audience enthralled with his story's of Irish myths and legends. From the potato famine to fairies and leprechauns we were regaled with the rich tradition of Irish history and folklore.

We walked into the city in the morning passing the Grand Canal. 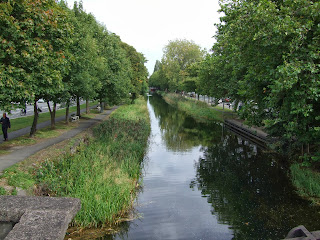 The Grand Canal connects Dublin in the east to the river Shannon in the west via Tullamore. The last working barge passed through the canal in 1960. 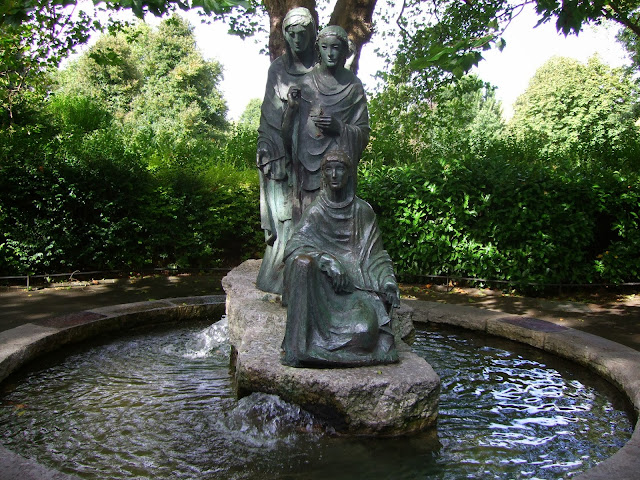 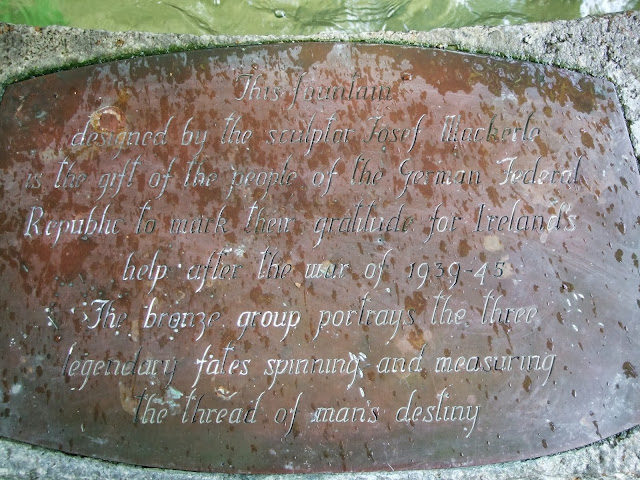 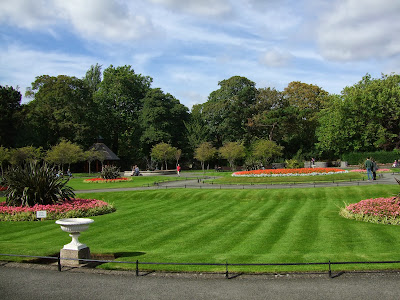 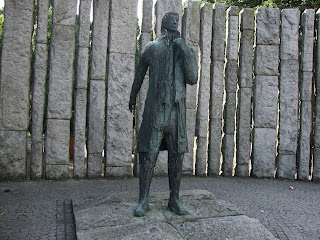 Wolfe Tone 1763 - 1798  an Irish revolutionary figure regarded as the founder of Irish republicanism. He was to be hanged for his part in the 1798 Irish rebellion but committed suicide while in custody

Our first Guiness in M. O'Briens 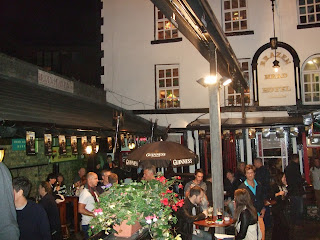 We were out walking towards the city by 1000 hrs . First we had a stroll down the Grand Canal 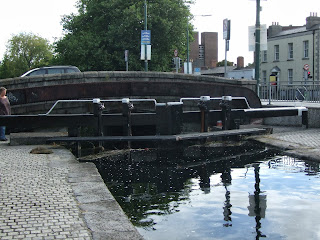 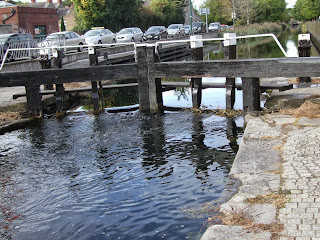 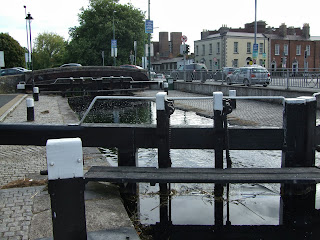 Lock on the Grand Canal. 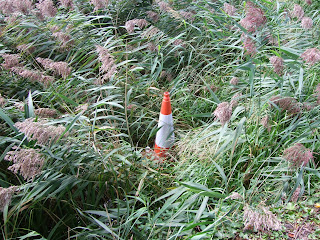 The obligatory cone in the bankside reeds. 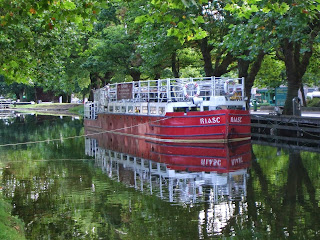 This boat is moored to both sides of the canal, glad they don't do this on the Trent and Mersey 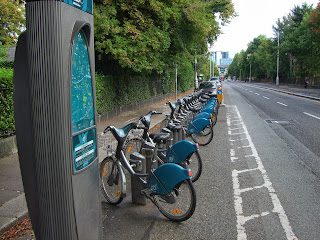 After our canal stroll we spent a pleasant couple of hours in Trinity College where we went to the Book of Kells exihibition. We were really impressed with the old library long room which was built in the early 1700's it  is more than 200 feet long , and holds 200,000 of the library's oldest books.
Trinity College

We then walked to the Old Post Office on O'Connell street where the Irish republic first took its first steps to independence.During the Easter Rising of 1916 the GPO
was the HQ or the uprising leaders.
Despite the buildings fame as an iconic place of Irish freedom, ground rent continued to be paid to English and American landlords until the 1980's

All this walking gave us a thirst so we made our way to the Old Dubliner in the Temple bar area for a Guinness and touristy ' traditional' Irish music. Here we had a couple of glasses of the black stuff listened to the music and people watched through the windows.

After the Dubliner we got a Taxi back to the hotel, had a sandwich and a Guinness in the bar before having a rest in our room before tonight's festivities in La Caverna.

We met up with Tracey's family and friends at La Caverna at 1845hrs. Tracey arrived with her husband Angus just after 1900 hrs and just after the battery on my camera had died so the picture I have are off my phone, so not very good. 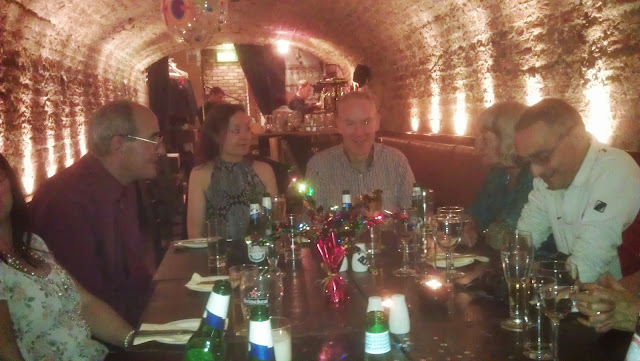 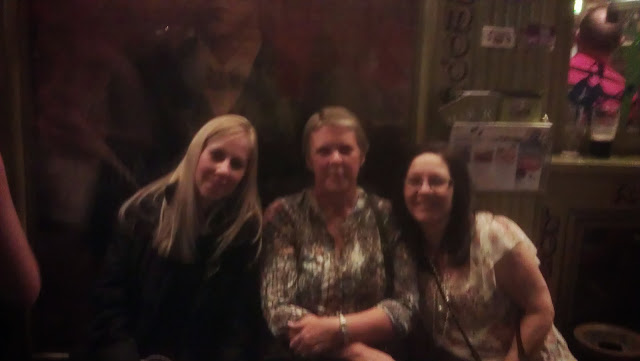 Sue with Mel and Denise.

After the meal we walked into the Temple bar area and had a Guinness or two at the Grogans Castle Lounge. We left the  birthday party at around 1230 hrs , about half hour after the youngest in the party, but sometime before Aunty Dorreen.