Threatening skies when we woke this morning but it held off while we walked into Stone along the footpath. First port of call was The Stone Boat Building Company to buy a new chimney hat and some S/S M6 countersunk bolts to replace the brass ones I destroyed getting the cleats off  to rub down the bow area for painting. We did  some shopping in the high street and had a pasty for lunch. The rain started as we made our way down the towpath, greeting soggy skippers of  boats still cruising,  back to the boat where we quickly dried by the warmth of the coal stove I lit in the morning. 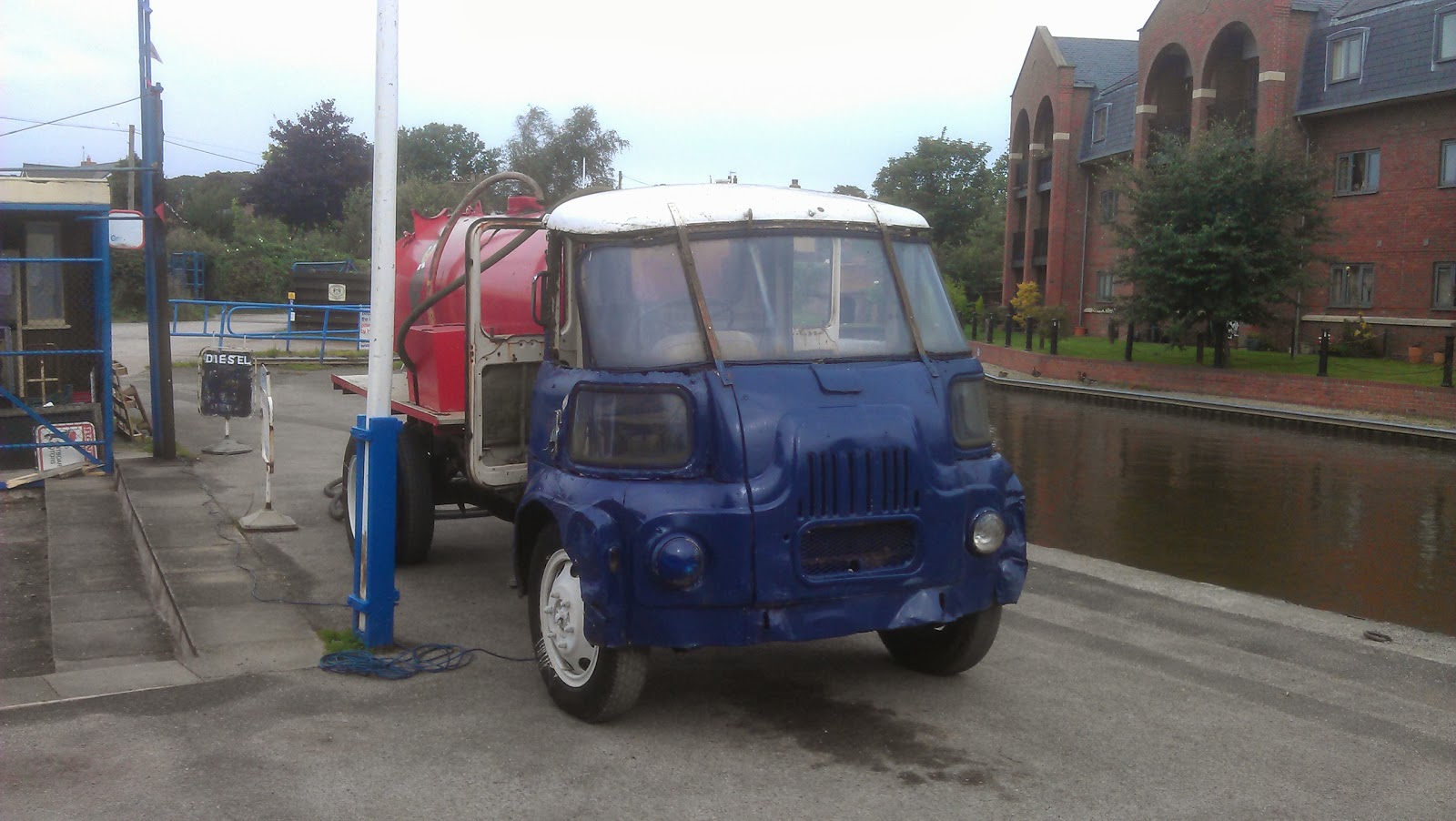 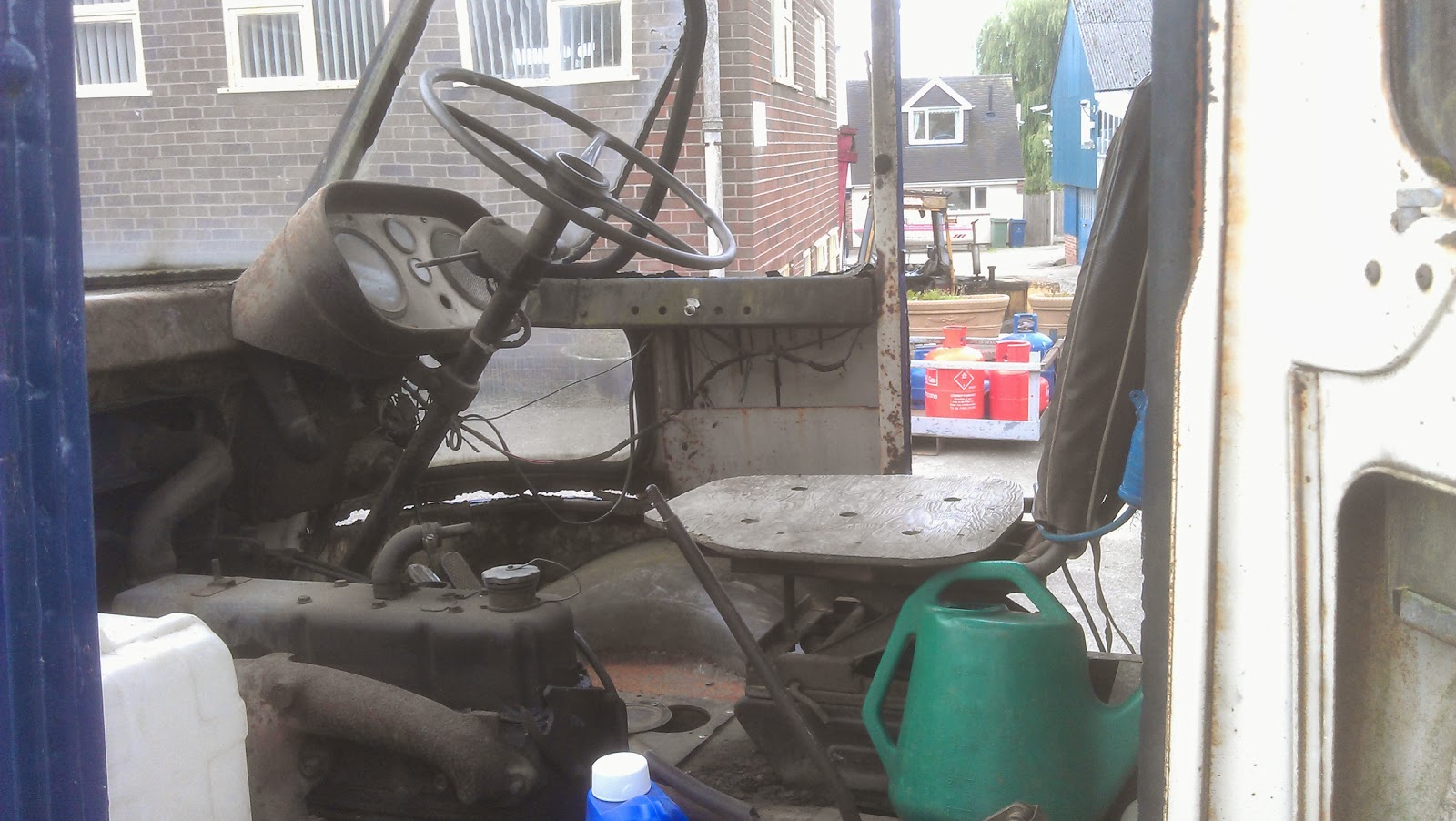 
As a favour for somebody I can remember 40 years ago as a newly passed his test teenager I drove one of these Bedford trucks to Hungerford with a load of glasses for petrol stations. (they were given away free with fuel at the time) As I made my way down the M4 a buzzer sounded and a big lamp flashed in the middle of the metal dash board. The lamp had writing in a circle around it which with age had now rendered it unreadable. To this novice trucker the vehicle was still driving OK so there couldn't be too much wrong perhaps a fuse had gone, the wipers didn't work when I got in it and I was told to be back before dark as it had no headlights.

When you leave the motorway you eventually come to a downhill section with a T junction at the bottom and it was here I found out the air compressor had packed up and I had no brakes and if I could have read the sign around the lamp it would of said 'If buzzer sounds stop vehicle immediately.' Luckily I crunched down the gears and coasted around the corner to a standstill.