Saturday - All coach lines now painted, I ran out of quality frog tape and had to use some old cheapo B&Q tape I had in the cupboard, as a result the lines aren't so crisp in a couple of places. Not up to Andy Russell standards but looks ok. Later we had the TV on to watch the Arsenal beat Aston Villa in the FA cup final in Barcelonaesque style. 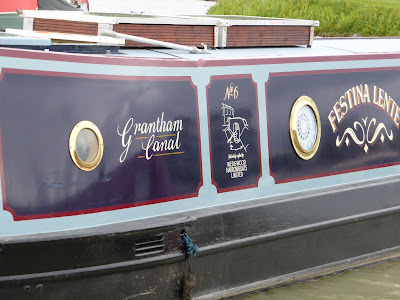 Sunday we decided we'd move on and moor in Wigram's as Sue wanted to have a Tesco order delivered.

Meandering around the countryside we could see the next bridge with an ambulance and paramedic parked. As we approached the bridge a chap was moving his boat from the bridge hole to moor up on armco. His wife had been taken ill. We asked if we could help in anyway, he thanked us but everything was under control. On the canal's you don't just pass by a fellow boater who looks in trouble. 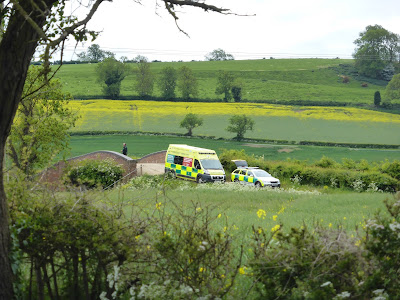 It brought home the need to know where you are especially when moored in isolated spots in case you need the emergency services. We have a compass app on a phone that shows latitude and longitude,
the very least information required would be the name of canal and nearest 'road' bridge number.