We stayed at Kings Sutton for another day of doing very little in the sunshine. While here we have seen another two boats called Festina Lente cruising past. Tuesday it was back to wearing fleeces against the cool breeze, we untied from the bank early at 08:00, at King Sutton lock Sue helped a single hander through the lock before getting FL through. We passed under Scroobys lift bridge and the M40 before passing The Pig Place which looks to be a thriving business with lots of piglets squealing in the pens. After a two hour cruise we moored  before Chisnell lift bridge with great views, I forgot to take a photo.

It's been 200 engine hours since FL's last service so the engine boards came up, oil and filter changed. The engine fuel filter was changed along with the lift pump filter. The vetus stern tube seal was greased, engine mounts checked, gearbox oil checked and the domestic alternator fan belt tightened. All done for another 200 hours. 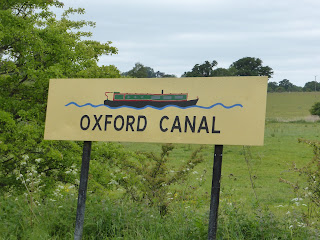 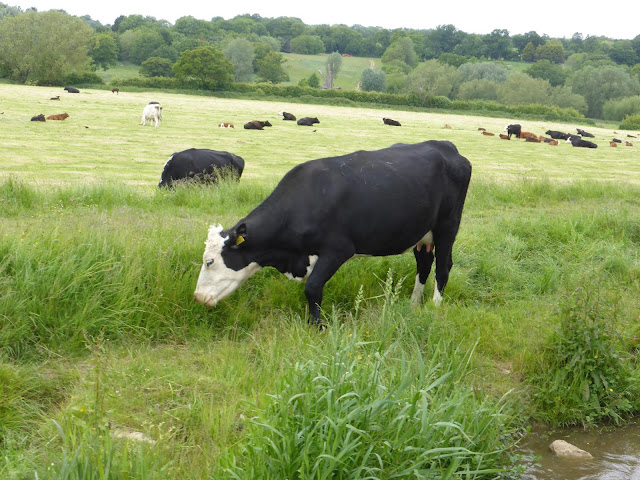 First lock of the day on Wednesday was Somerton Deep lock we are in traffic, third in the queue, an experienced hire crew of 6 men in front sped boats through, behind Mike aboard Mister E, who we found out lived a few streets away from us when we lived in Shepperton, shut the lock up after us.

We stopped at Lower Heyford to post a letter, Lower Heyford is my favourite canal side English village. It almost feels that you are walking through a film set through its perfect handsome sandstone thatched cottages and gardens. We had lunch in the 17C building housing The Bell, Freddie Jones the actor was in the bar, it's the second time we have seen him in this pub, he's very much like the character he plays in Emmerdale.

It's been one of those days where it's too cold to cruise without a fleece in the shade of clouds but too hot to keep one on when the sun shows itself.

We moved off after lunch, our preferred mooring at the back of Shipton Weir lock was taken so we carried on into a rammed full Thrupp but we did manage to get FL moored outside the Jolly Boatman by moving unattended boats along a couple of feet.