We drove 120k to Kaikoura through some great twisty mountain roads, the little Nissan Sunny skidded around some of the bends and whined on some of the 2nd gear assents as I put it through it's paces. Sue was relieved when we arrived at the hotel.

We booked a 4pm boat to go whale watching, when we arrived at the sign in desk we were asked if we got sea sick on boats. I replied we live on a boat and have never had sea sickness problems. Then again the canal system in Britain never has much of a chop on it. On second thoughts we will postpone the whale watching till tomorrow lunch time when the sea is expected to be calmer. Instead we had a sedate walk around the Lavender farm. 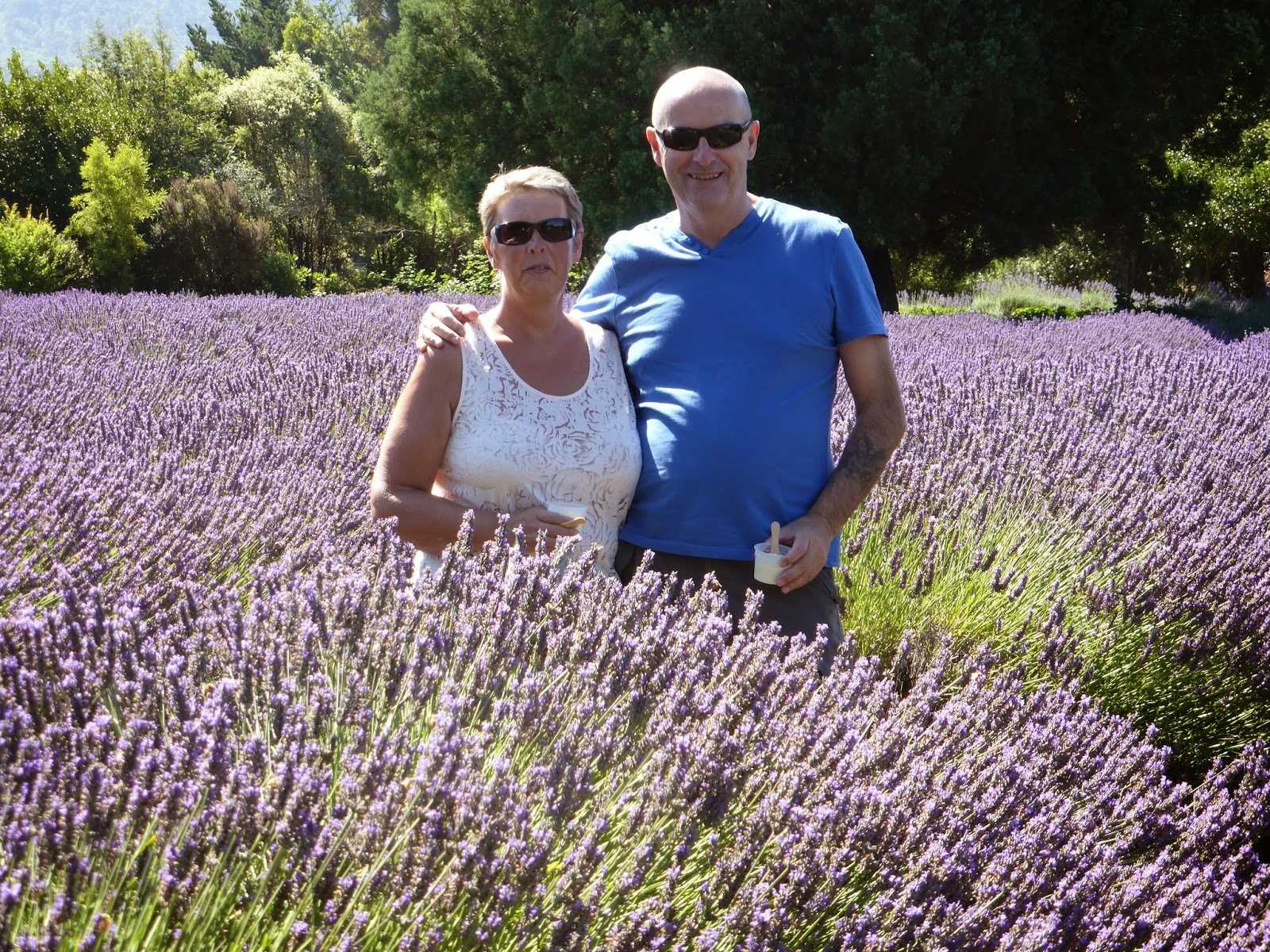 We spent the evening at Donegal House an Irish establishment with restaurant and bar, I opted for the Irish Stew while Sue had the Sunday roast.