Friday and all is well. Took Sue on the trip I had done earlier in the week.. a tour around the Opera House site including lunch in their open bar area. Thieving sea gulls are the same the world over.. an Aussie shite hawk snaffled an unguarded burger from the table opposite ours.  Lunch over we made our way onto the Manly Ferry, a great boat trip in it's own right and good value to boot($15 return). 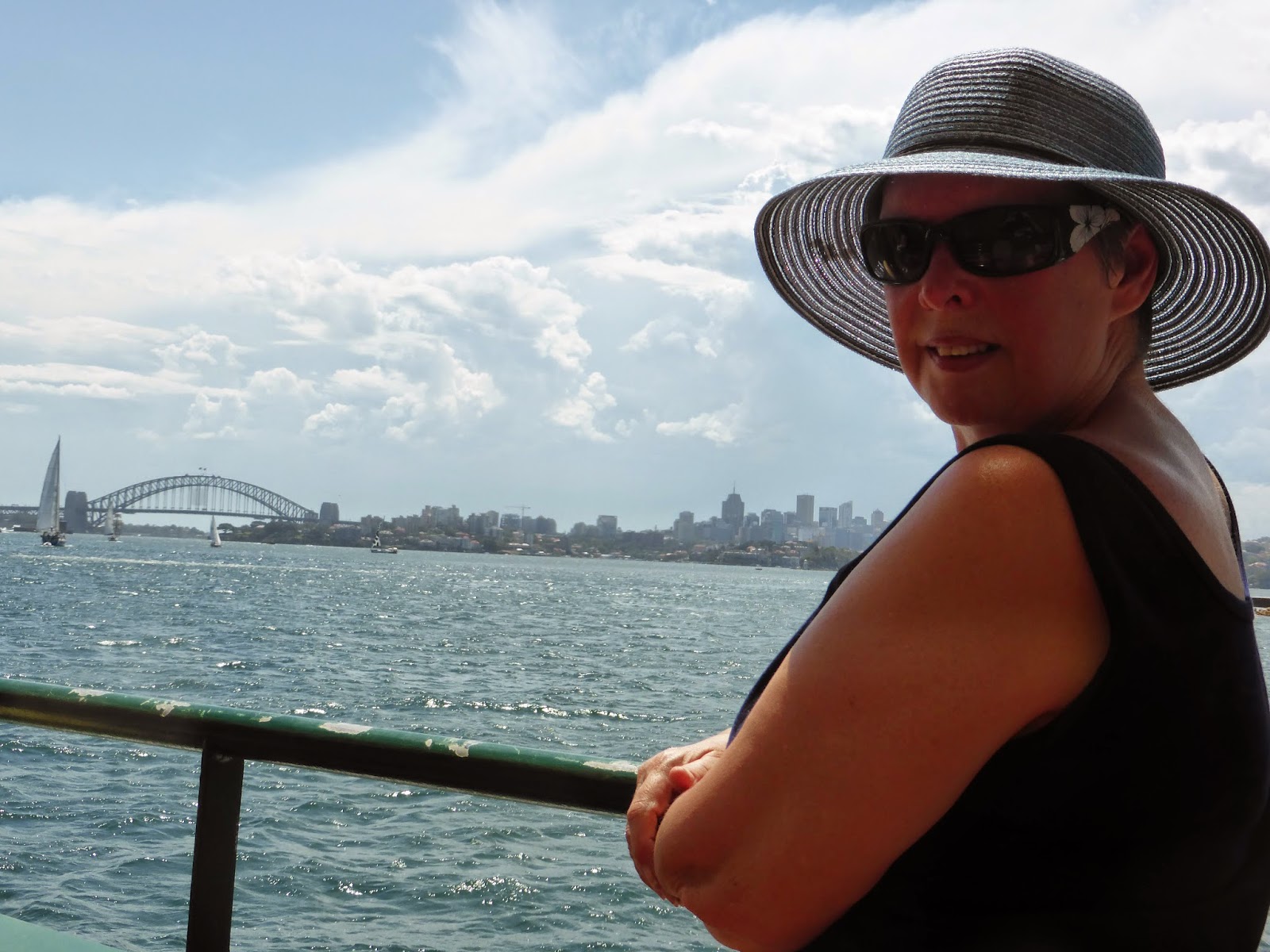 On this trip we are armed with note's from a well  known blogger from Manly, Paul advised us about a 'local's ' bar at the skiff and sailing club so along we went and joined the club as temporary members(FOC). An absolute gem of a place overlooking the wharf and a sandy cove, we spent a while sipping and taking in the atmosphere and views, the food being served looked excellent too. From here we strolled over to the ocean beach.. finding a suitable shady seat along the promenade we watched the young and fit do their stuff in the surf while younger and fitter body's stood guard. 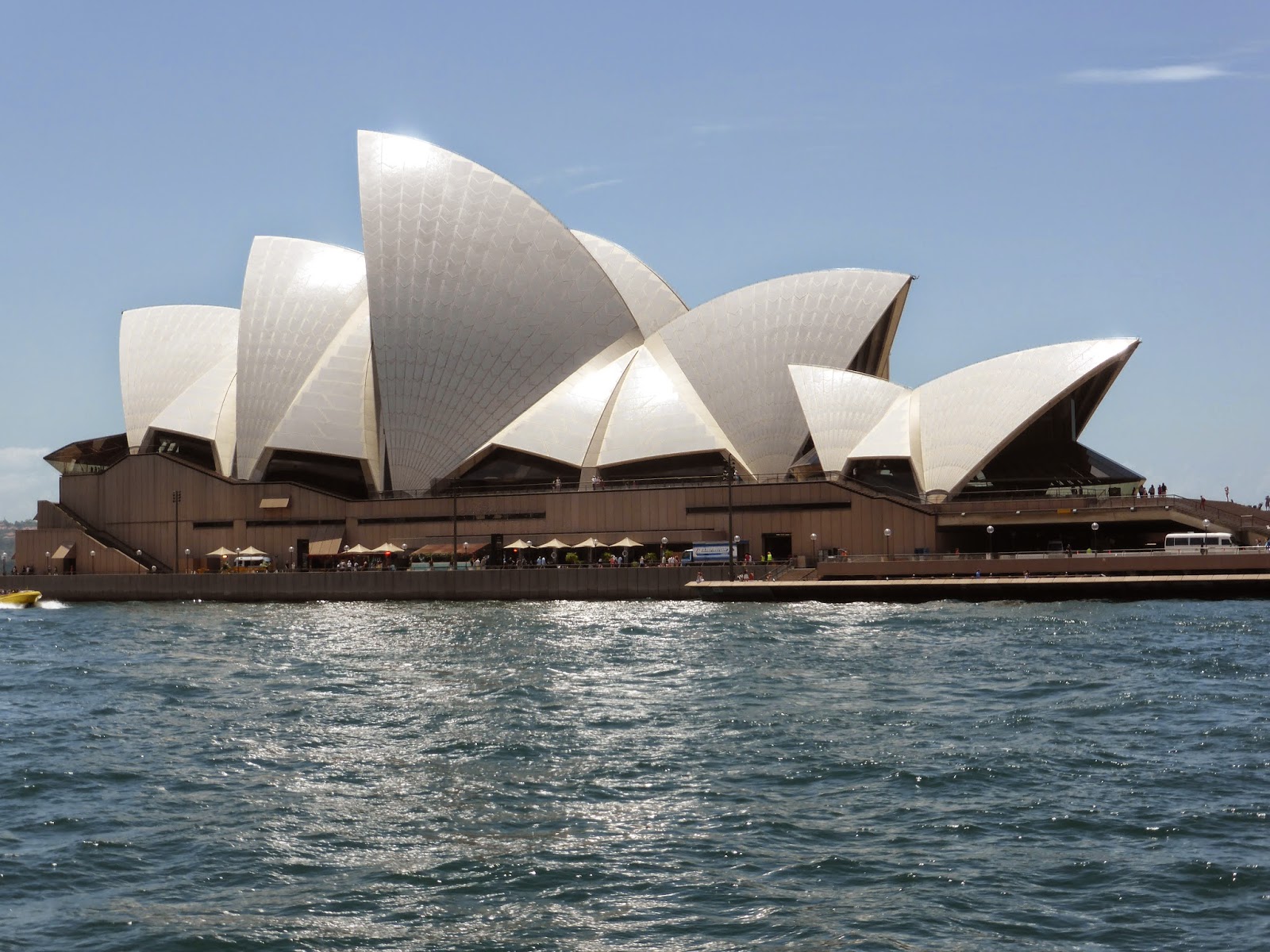 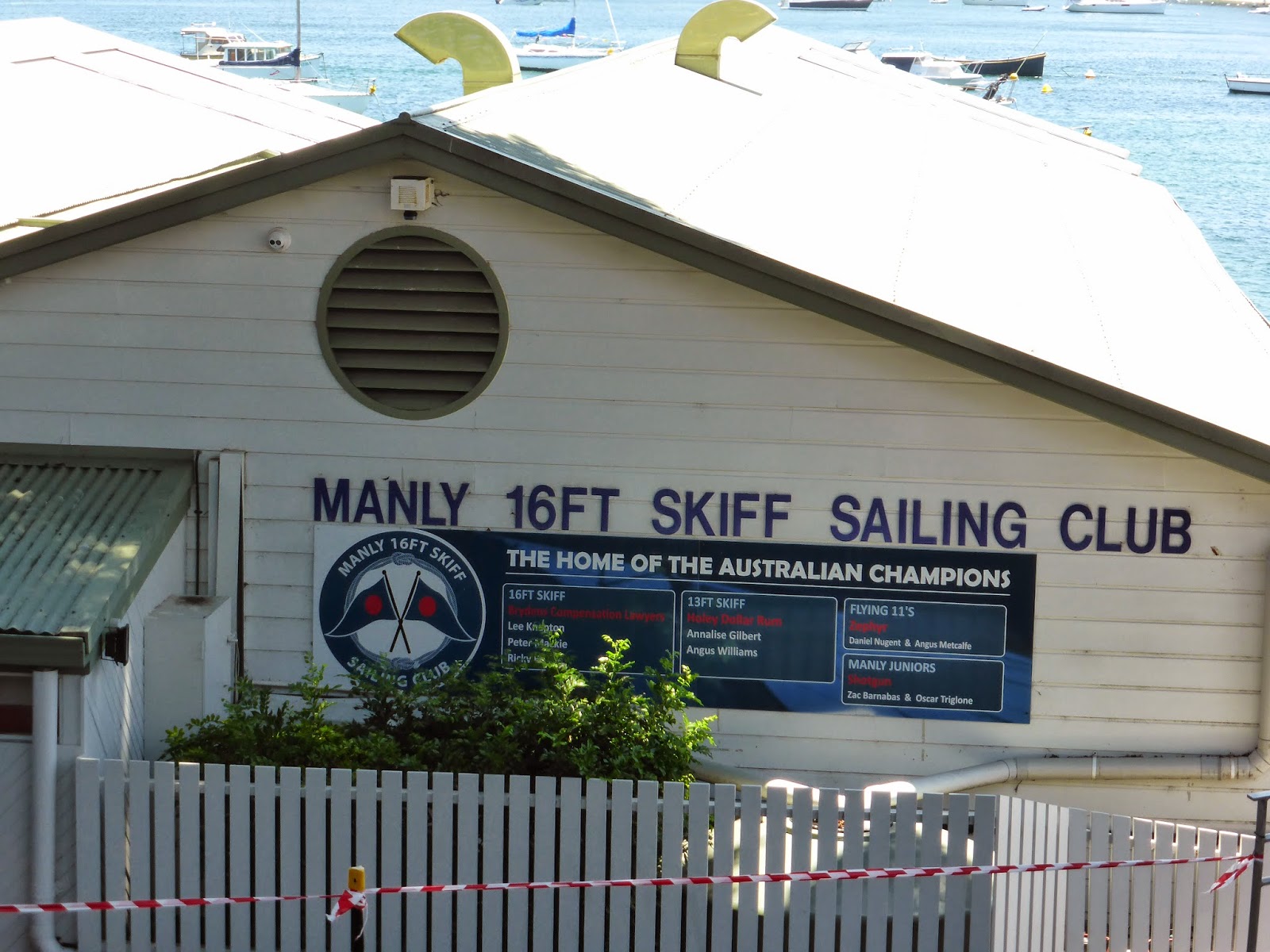 Our hotel is in Chinatown and every friday they hold an open air market, the food being served up at the various stalls was to tempting.... I tried a few different dishes. 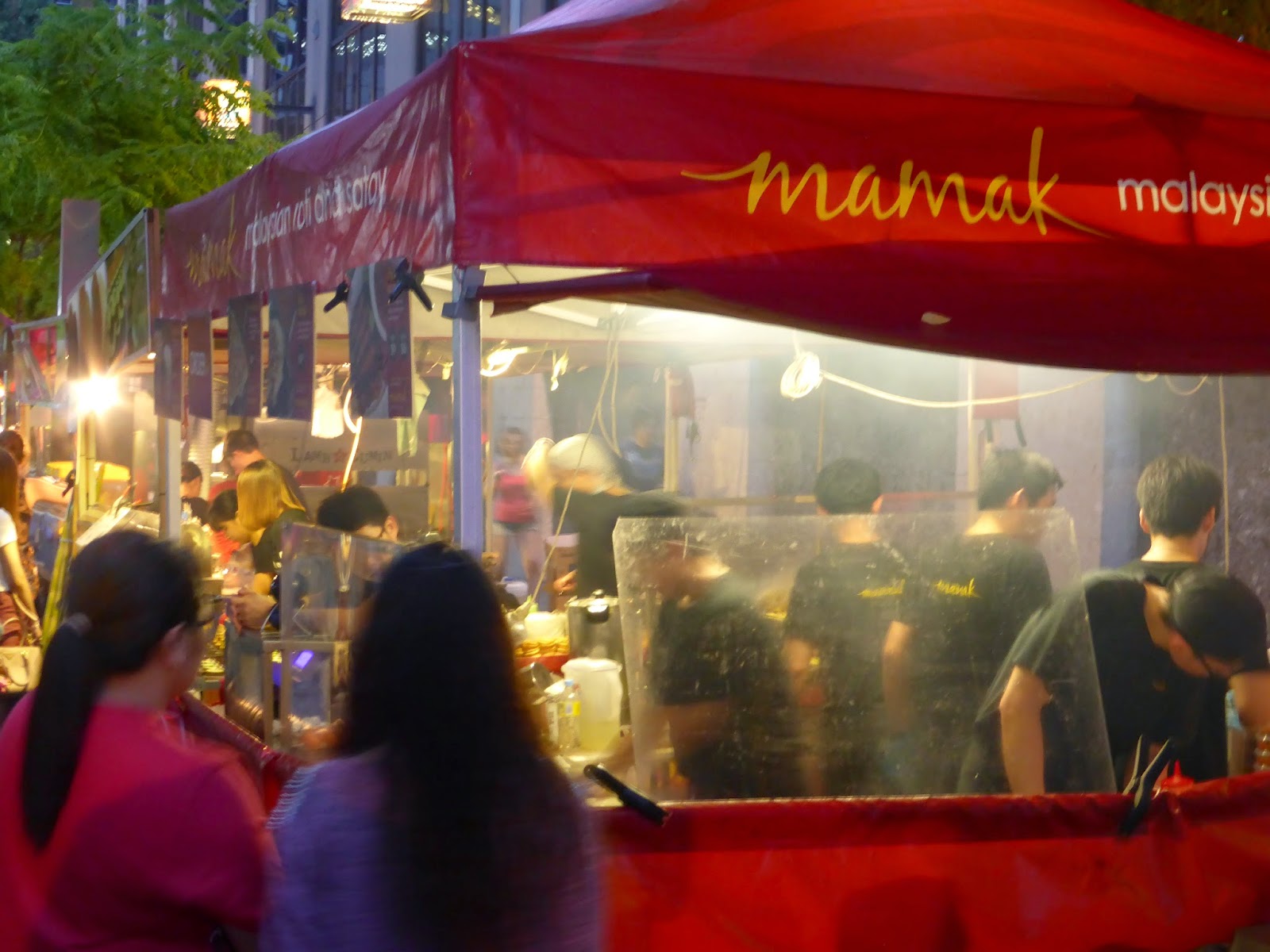 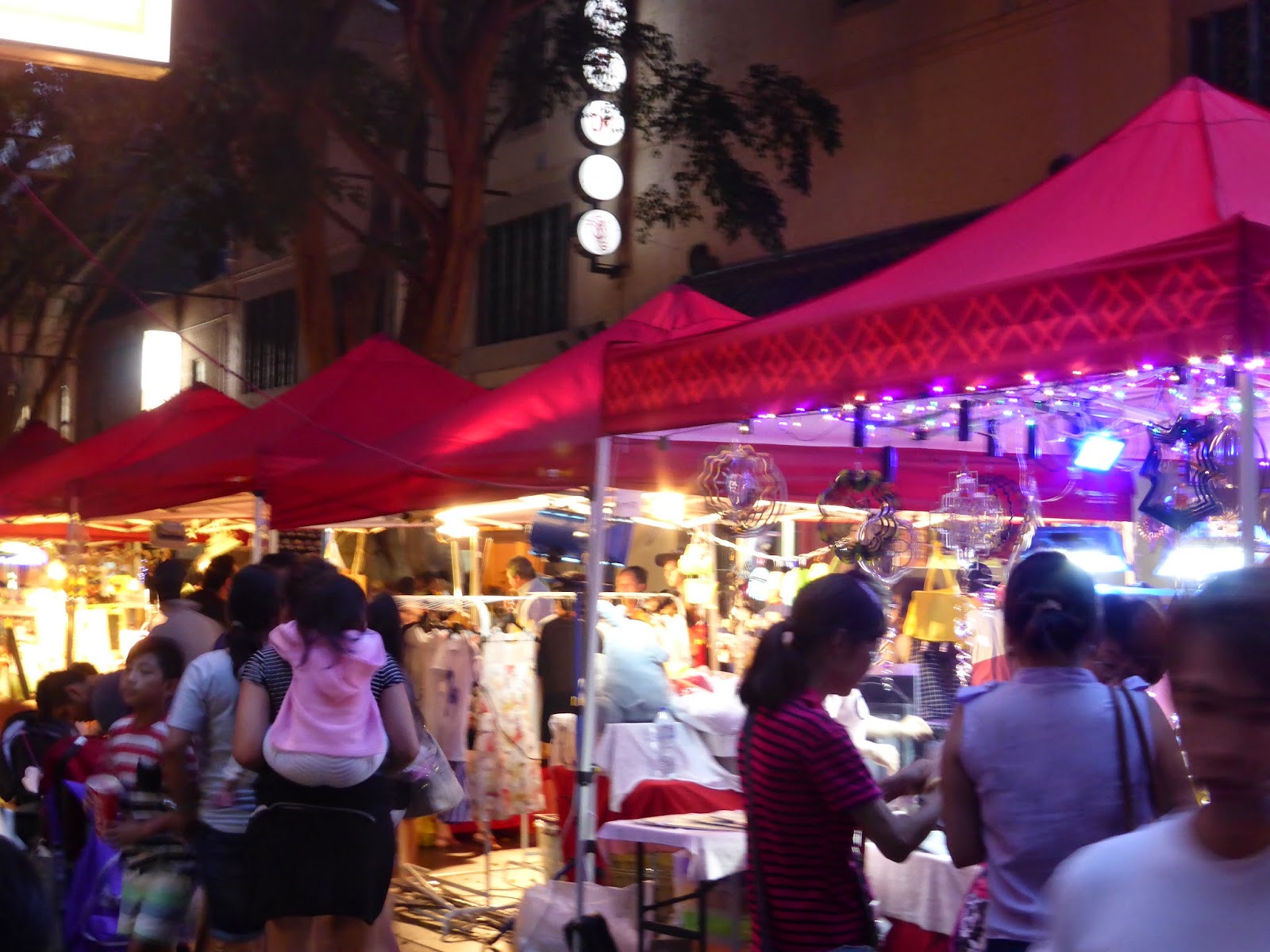 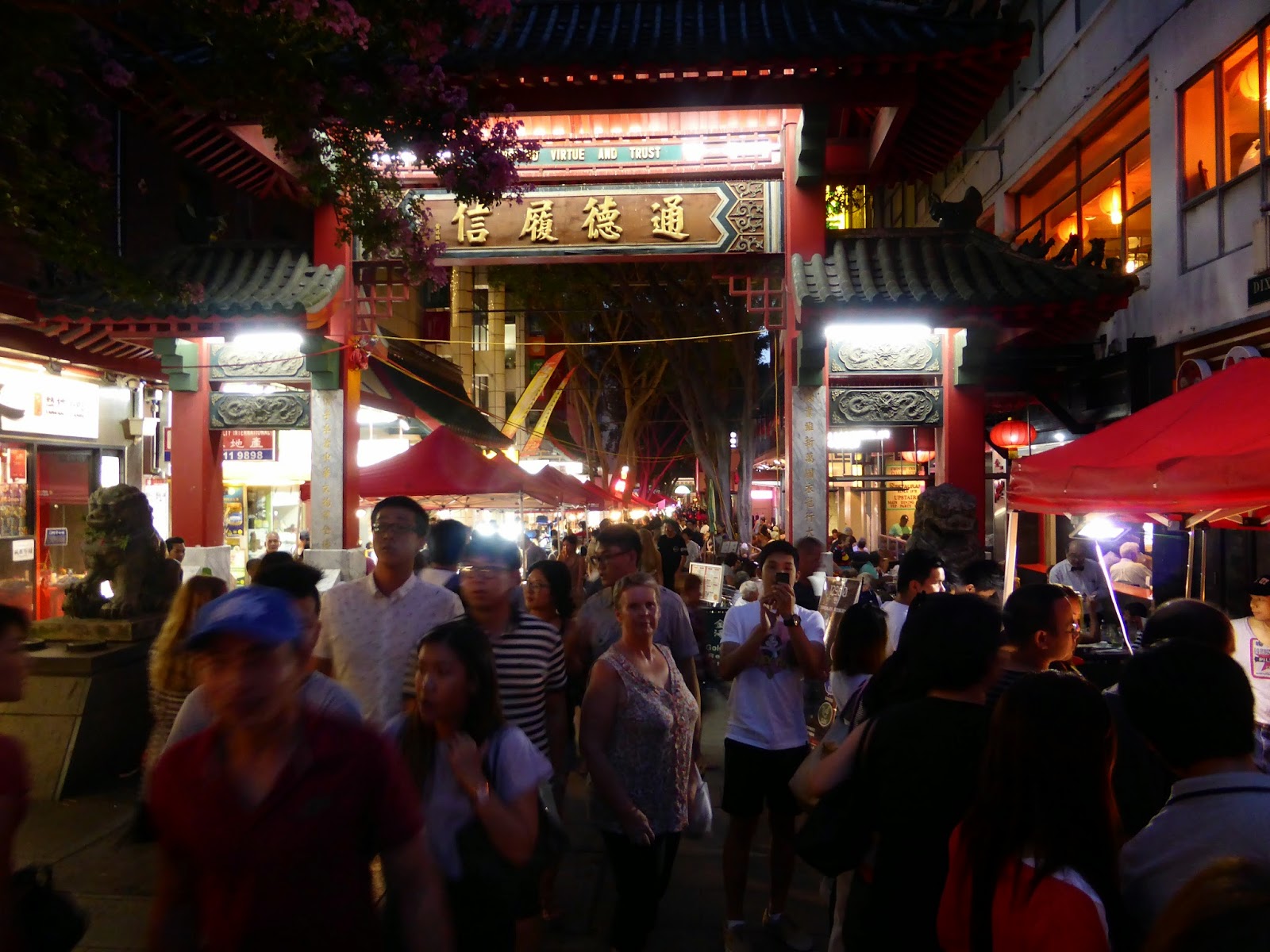