Stayed on the Manor park moorings Monday, we were going to have alfresco dining but the showers put paid to that notion. So indoors it was, culinary delights from each galley, my own contribution was an excellent chirtzo and sun dried tomato loaf. 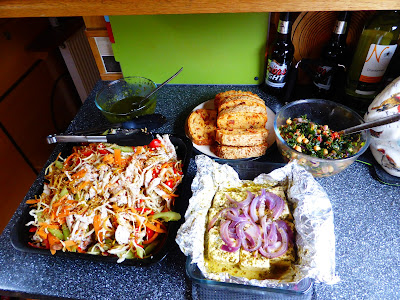 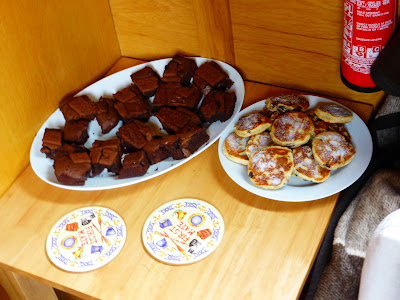 Later a walk to the Three Horseshoes with Ray & Gordon rounded off a great day nicely.

Tuesday we were all up early FL would head back up river while FD & EHC make their way to Hampton Court.


We locked through Shepperton lock with a cruiser who's skipper pushed all the right buttons to raise the boats 6' 8". Noticed Thames Court has scaffolding around the building, hopefully it's getting a face lift as the place looked very tired last time we were there. We stopped to fill the water tank at Chertsey lock, showery for most of the route, we tied up at Runnymede in a downpour. When is summer going to get going I wonder.

Set out from Runnymede before 08:00, a lovely bright sunny morning, best time of the day to cruise. While Sue set Old Windsor lock she met up with the nice helpful young man who was broken down at Grafton lock (he had inadvertently topped the diesel tank up with fresh water). A mistake he wont repeat in a hurry after a big bill to cleanse the fuel tank.

Plenty of mooring spaces to choose from in Windsor, we tied FL to the bank on Baths Island. A bit of shopping in town, and later my brother Alan came over for a catch up and a beer.

We set off again early, we were up - the sun was up - so it was a good idea to make use of the bright morning to top the water tank and get rid of dumpables at Boveney Lock.

We shared the lock with boats heading for the Traditional boat Festival. We also spotted Gloriana a couple of times, once moored at Bray marina, then she past us after we had moored at Cookham.

Left Betty to look after the boat and walked the well trodden towpath to the Bounty at Cockmarsh.