We stayed on the seven day moorings at Thrupp for a week! At the weekend vehicles were hired to take four crews to Macclesfield to visit a couple of mates we have all come to know as more than just friends, we fondly call them sista & bruvva.

El is poorly, so we went up to put a smile on her face, but the truth is we have never seen her without a cheery demeanour or beaming smile no matter what she has had to deal with or how shite she's feeling. One hell of a courageous lady is our El.

After tiring El out over a couple of hours of chatting and laughter we left so she could rest, booked into a hotel then adjourned to Sutton Hall for a meal with Paul & the boys along with crazy Canadian Wendy who had flown in from Spain.

The following morning we were back at the hospice being regaled by El on stories of her globetrotting days especially her Saudi adventures. All too soon it was time to head off, a quick stop for a cuppa with Paul who is holed up at a nearby farm before we headed back south, a little subdued.

We left Thrupp this morning to make our way back to the Thames, our favourite mooring at Hagley Pool was taken but a good mooring further west on the offside bank was available...... solitude for the night. 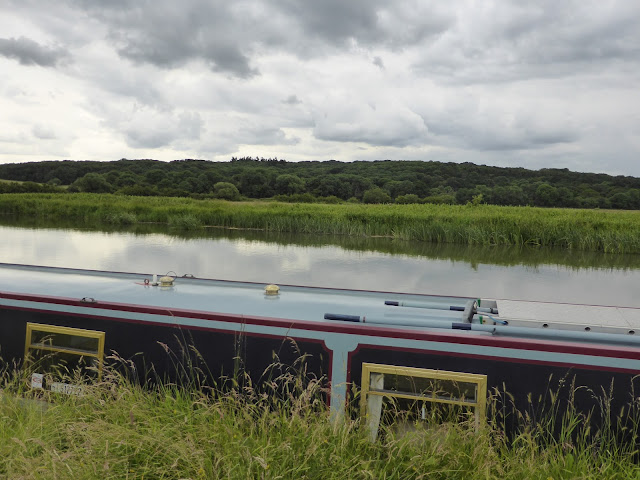 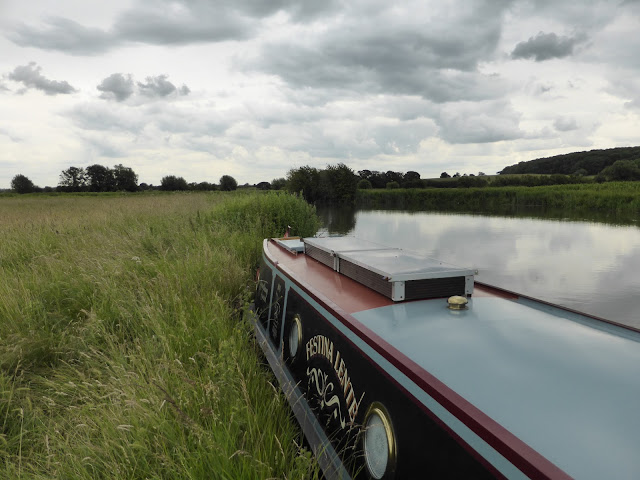