Saturday was a glorious sunny day in Rome, we visited the Coliseum, and the Trevi Fountain before retiring to Scholars Lounge, an Irish sports bar, to watch the Rugby. The French were here in numbers along with Irish, Welsh, Italian and a splattering of English fans who all helped to make a great atmosphere. National Anthems were sung with gusto with the French fans being a tad louder than their hosts. Guinness and Peroni flowed and a great afternoon of rugby was enjoyed by all. 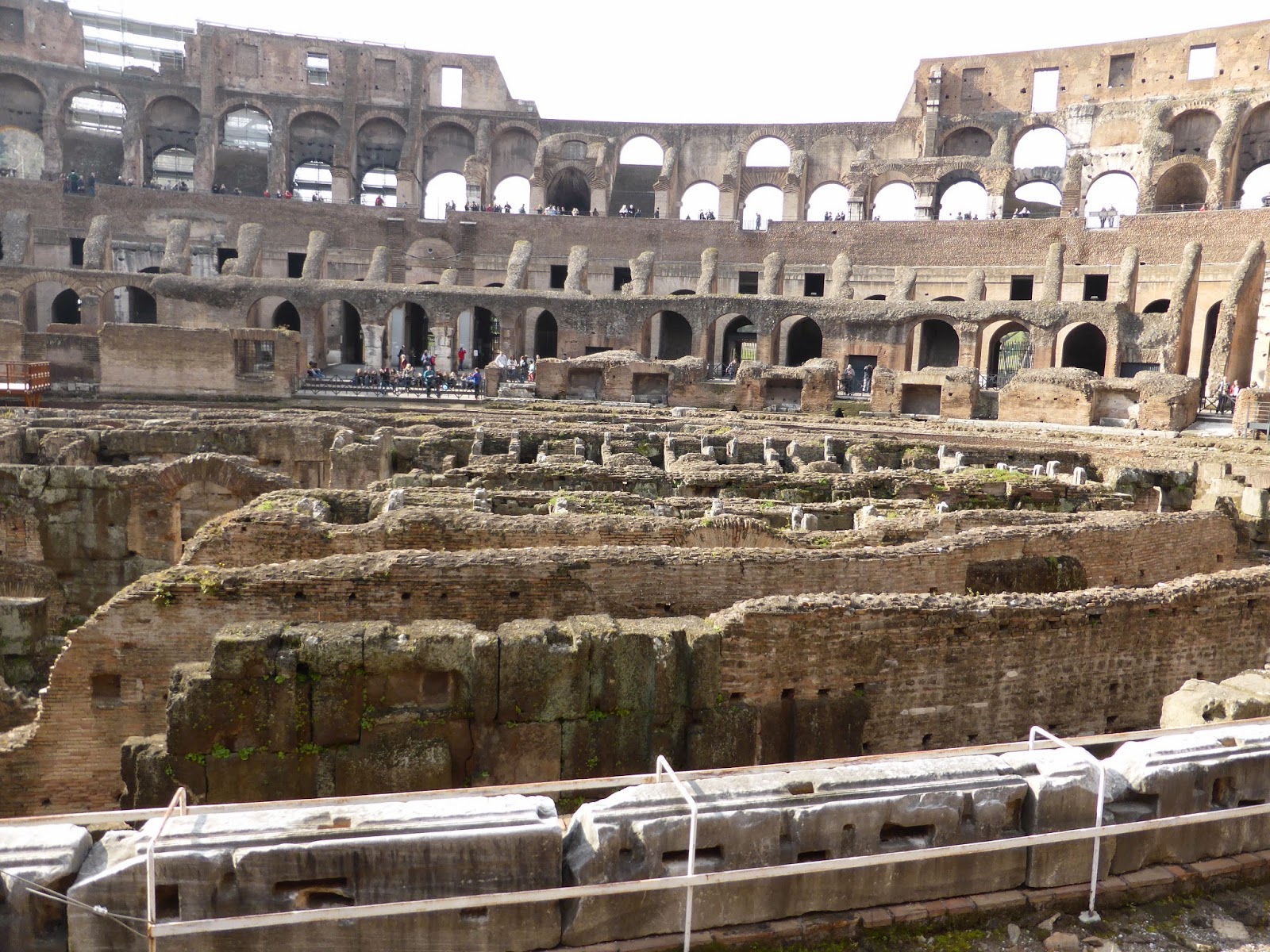 All the reports you may have heard about Italian drivers is true, they all speed and dive in and out of the smallest gaps, some pay no heed to red traffic lights or pedestrian crossings and like to travel within a foot of the car in front. One taxi we took got side swiped by a vehicle coming straight out at a junction without looking, luckily it hit close to the front of the taxi and not a door, or somebody may have been hurt.

Sunday was a damp day so we took a taxi to the Olympic Stadium for the France V Italy game. On the day the Italians were very poor and the French won easily with a score of 0-29.

The Sampdoria football team were staying in our hotel, in town to play Roma on Monday evening. Sue and Christine made use of the hotel's spa and hot tub, I think they were secretly hoping share the tub with some of the team! They had to make do with glimpsing them during dinner Sunday evening.