First thing I took the car for an MOT check , (Sue was going to do that job but she's thrown another sickie) then walked back via Costa's for a couple of coffee's. That done it was overall and wellies on to black the port side of the hull. It takes along time to paint a 58' hull with a two and a half inch brush, a bigger brush  make's my hand and wrist ache. I did try a roller in places but prefer my trusty brush, it can be used almost like a trowel to get a good thick coat on below the waterline. I have now completed one complete coat, just two more to do.

The welder turned up to fit four new anodes, another two chaps came with big hammers and took the rudder off as FL is having a new top bearing and lower cup and bearing fitted.

I put an undercoat on the tunnel bands then rubbed down and cleaned the starboard gunnel ready for painting. I thought I had some black gloss in the locker, when I checked I only had a small amount of Hammerite black and Craftmaster black enamel left, the two I could of probably stretched along the gunnel, after a bit of humming and harring I decided it best to nip over the bridge to the chandlers and pick up a new tin, they only had  International jet black so that's what I got. 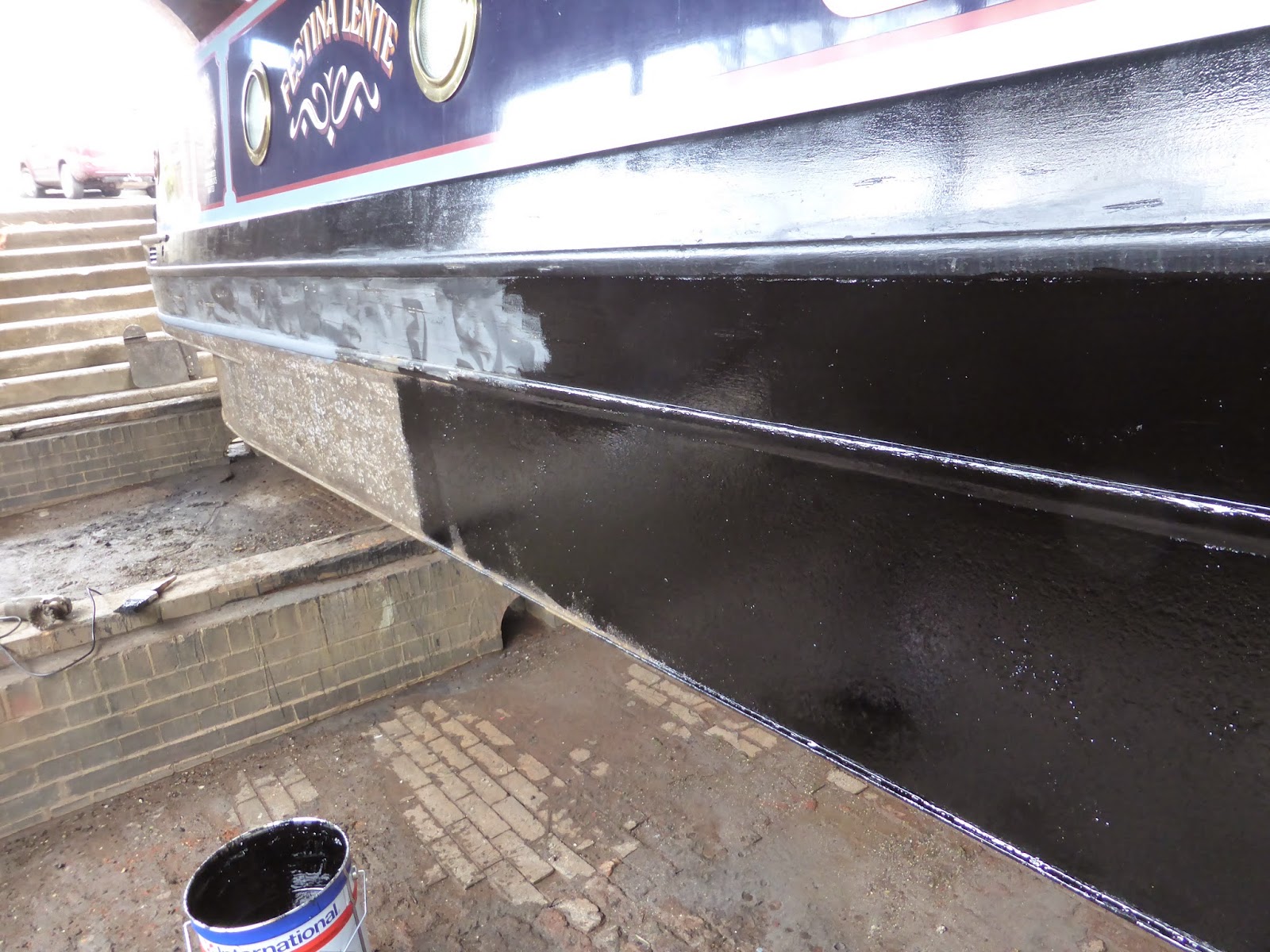 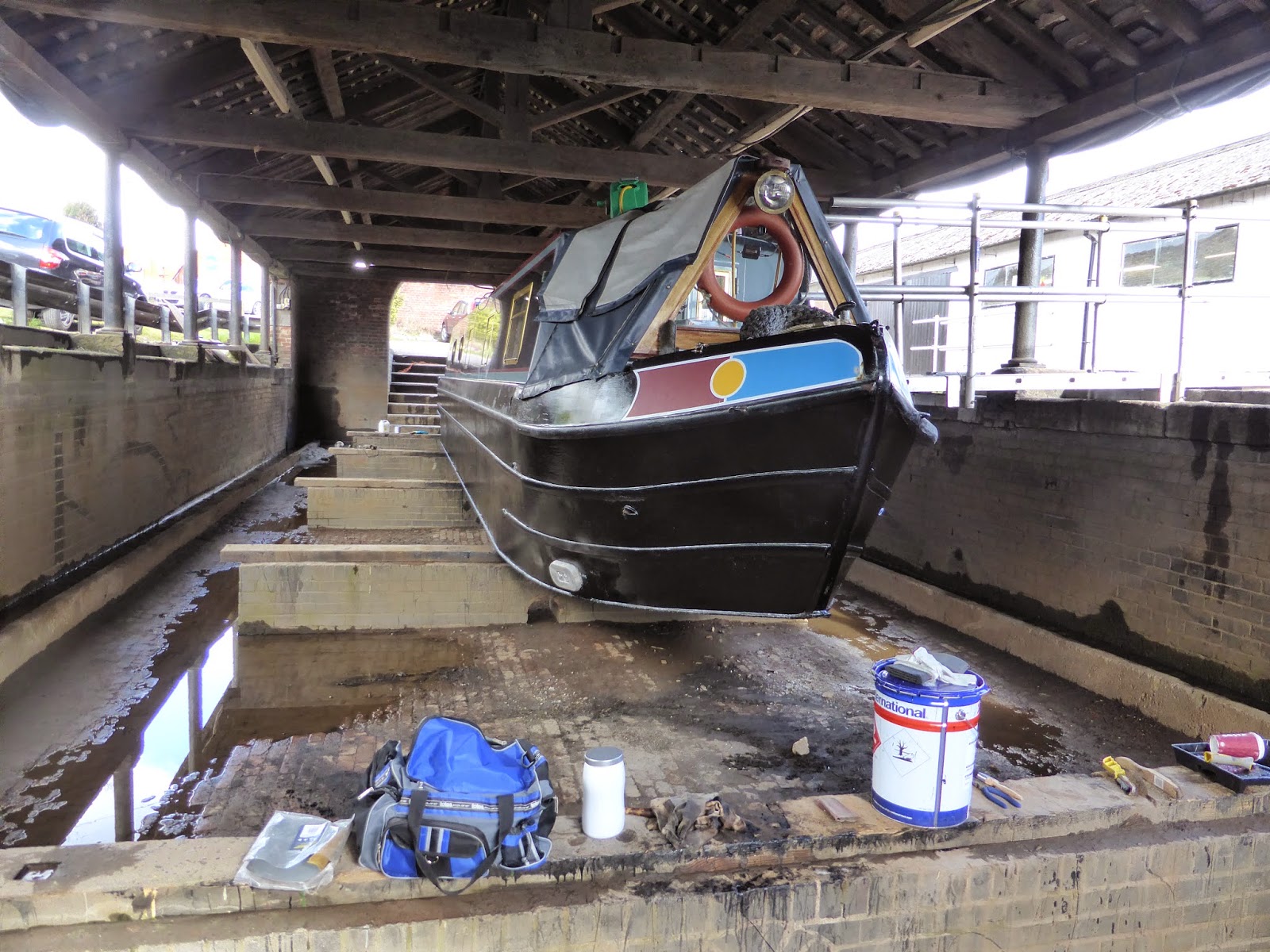 In between painting I've been nursing Sue making sure she is fed and watered. Pondering what to fetch for her lunch it suddenly occurred to me if I was ill what would make me feel better. It has to be 'Pie' so that's what she had steak and gravy variety an alternative medicine for womenflu.

At 5 O'clock I went and picked the car up from the garage, it passed with no advisories, not bad for a 12 year old that has never been MOT'd before.