Wednesday
Today has been spring like with real warmth in the sun. We cut the slats for the bed extension, we used the boot of the car as a work area. This was done by Sue climbing into the back of the land rover and sitting on each slat in turn to hold them steady while I cut them.

In the evening we dined in the marina bistro with Diane and Ray. Paul and Elaine joined us for pre dinner drinks. Wednesday night is Gourmet pie night, we all chose a different dish from the menu and none of us were disappointed. Not sure if we overstayed our welcome but as we stood to leave the lights and the music went off.

My brother Alan sent me some scanned photos of a family holiday we had in 1964 in a caravan park in Bognor Regis. 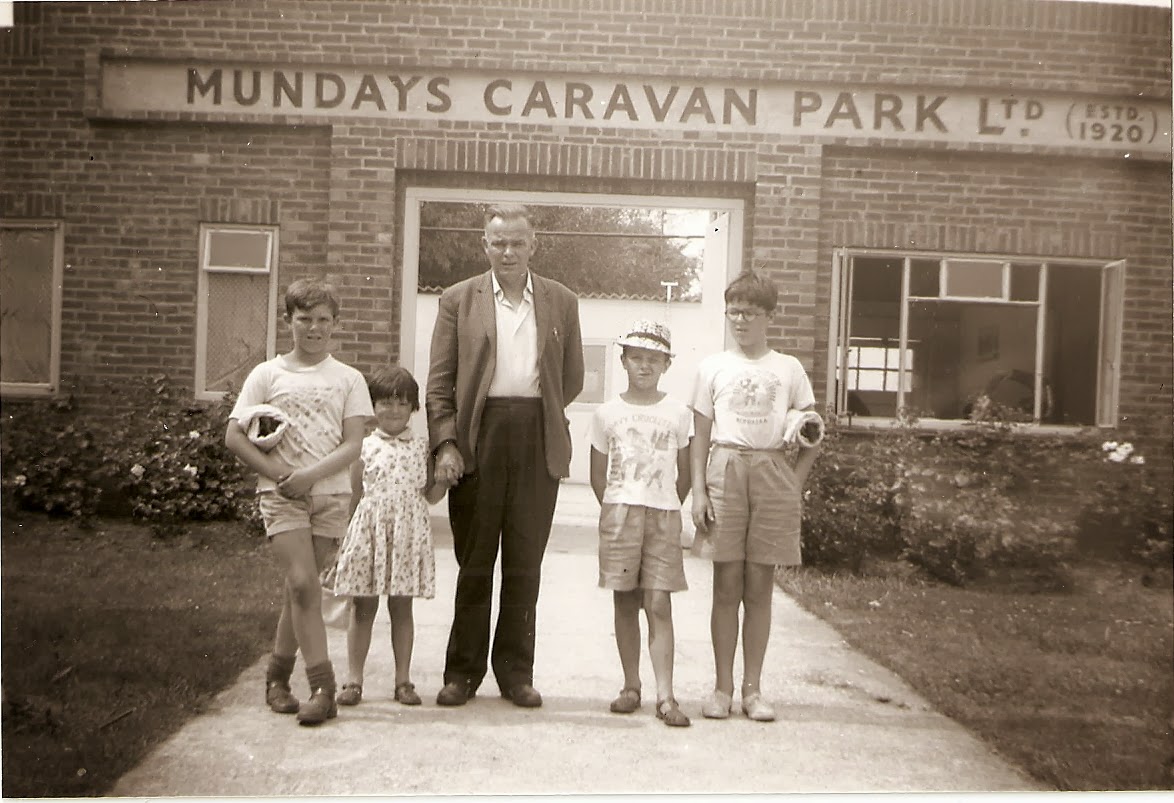 Two of the family are missing from the photo, Mum is probably making our tea and eldest brother Alan might be taking the photo. Those of you who know me can have a guess at which child is me. A clue, I'm not in a pretty dress. ..... Answer next blog.

Thursday
I changed the filter element in the fresh water pipe line to the kitchen tap. It was easy to remove but requires a bit of sawing to get the fittings off the old filter to put on the new one. It was really fiddly to get it all screwed back into position and was beginning to hack me off but just before I got to the point where I might launch the filter element into the canal followed by a few choice words there was a knock on the cabin roof.
Ray and Diane came round with some old tat bearing gifts from Australia. Tim Tams which apparently are an Australian delicacy which have equal status as Beluga caviar or Bollinger champagne. Our other antipodean friends in the marina have been counting down the days with Diane till the TimTams arrived. We are also the proud owners of a wooden trinket pot, key rings and stubby holder... Thanks so much guys. 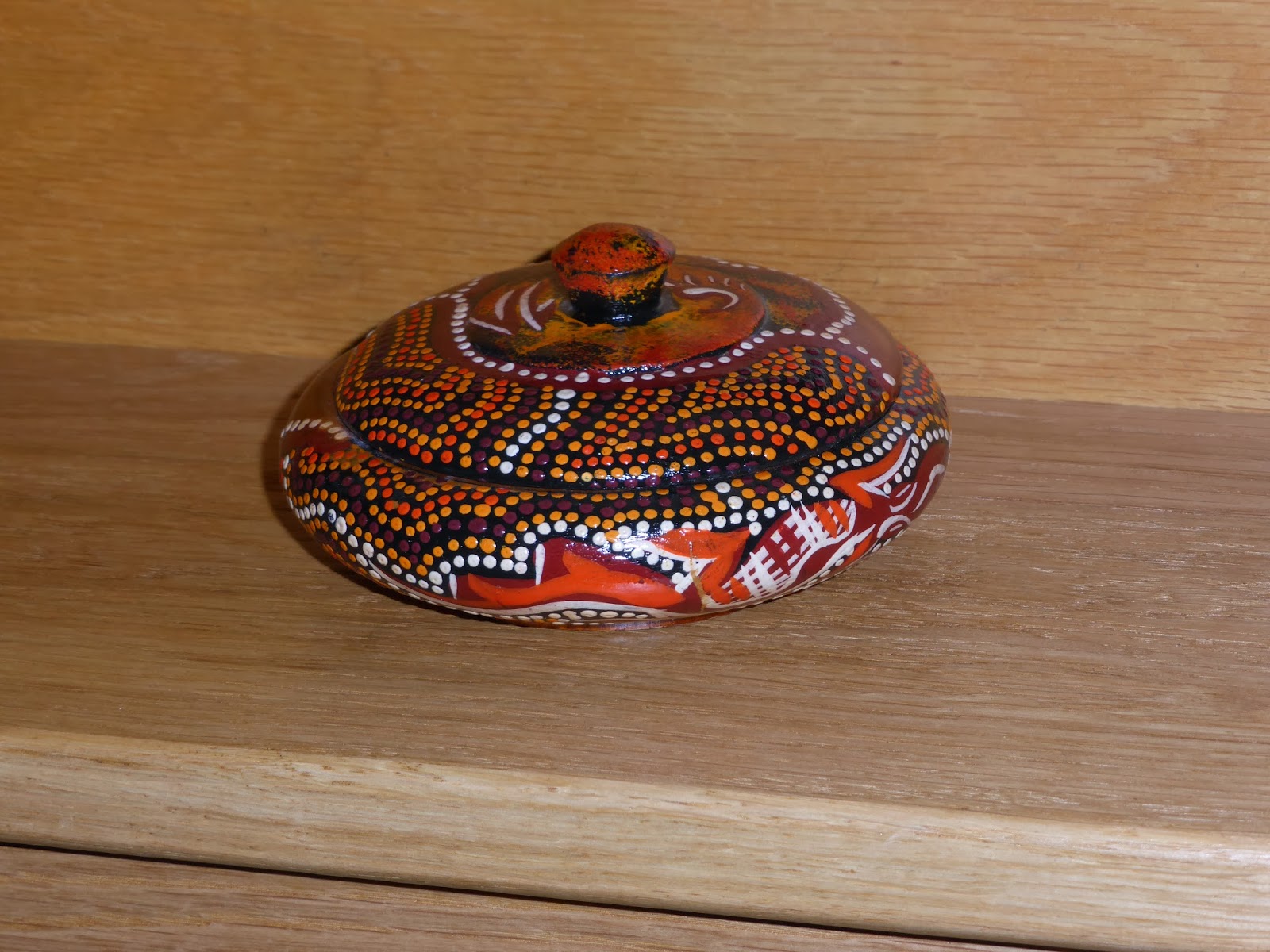 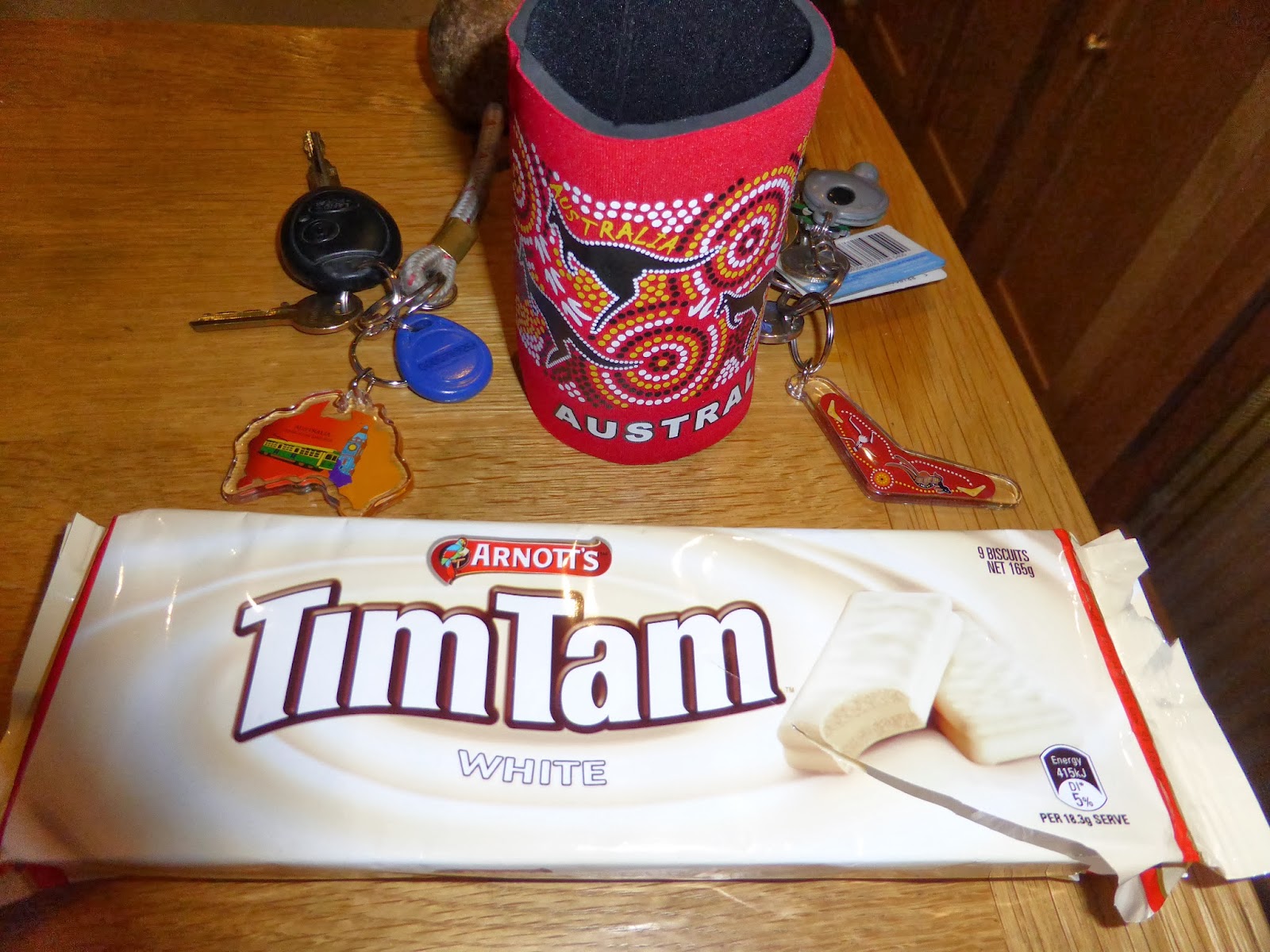 So after a nice cuppa with our guests and a slice of the delicious banana bread that Sue had baked yesterday, I calmly got back to the filter and it all slipped into place easily with no drips.

The Tim Tams are very good, they'll all be gone by tonight unless Sue hides them from me.  Sue hides anything chocolate from me and then drip feeds me the odd morsel, she has been known to count out 5 maltesers per evening from a box to make them last a week, thats no good to me, thats not even a mouthful. Apparently this is for my own good as I would eat a whole box of chocolates or packet of biscuits in a single sitting. Appears I'm not the only boater to be treated this way.

I was also on holiday at Mundays caravan park in the early 60's, certainly 1963 and probably '64 too. I remember playing "Telstar" on the jukebox in the club over and over again and a magician producing a string of sausages from my brother's jacket! You could also rent bicycles and a man would teach you to ride if you couldn't. Happy days. I have no photos unfortunately, there seem to be quite a few on the net of Riverside next door but not many of Mundays.