Monday
One of the marina sheds was decorated by Elly and Diane in flags and bunting to celebrate Australia day. Wine, beer, tea and coffee flowed while the home baked goods and Vegemite sandwiches on offer went down a treat.

Australia day celebrates the landing of the first British Fleet in Sydney Cove in 1788. We celebrated a day later than the official day as Monday is our boater gathering day and would also be a national holiday in Australia.


Swiped a few of the photos below from Elly as my photos came out crap again. 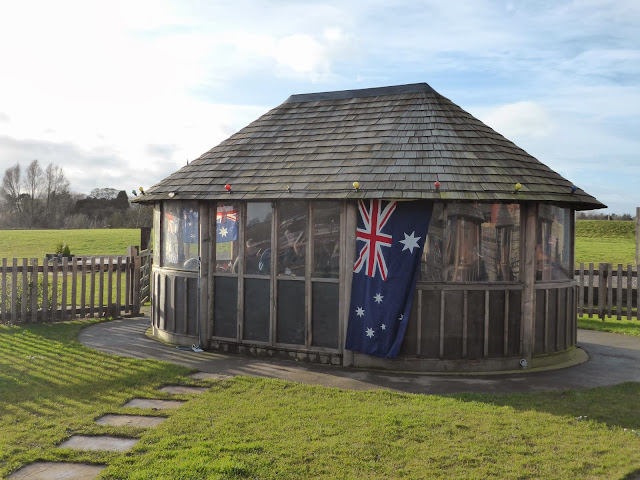 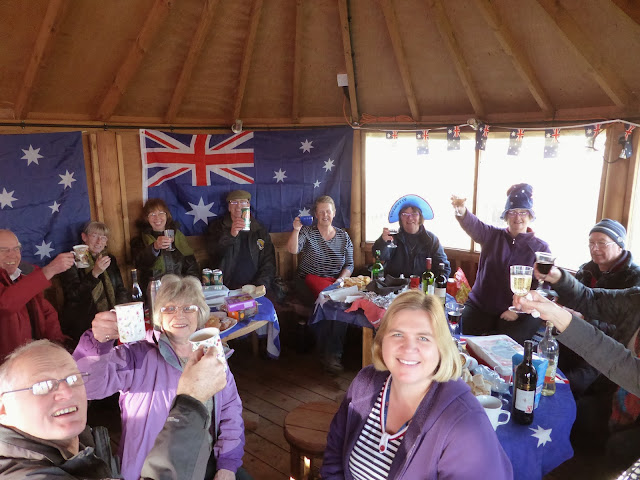 Only blot on the proceedings is that one of our number was in hospital but we toasted her speedy recovery in true boater style. " Get well soon Elaine" 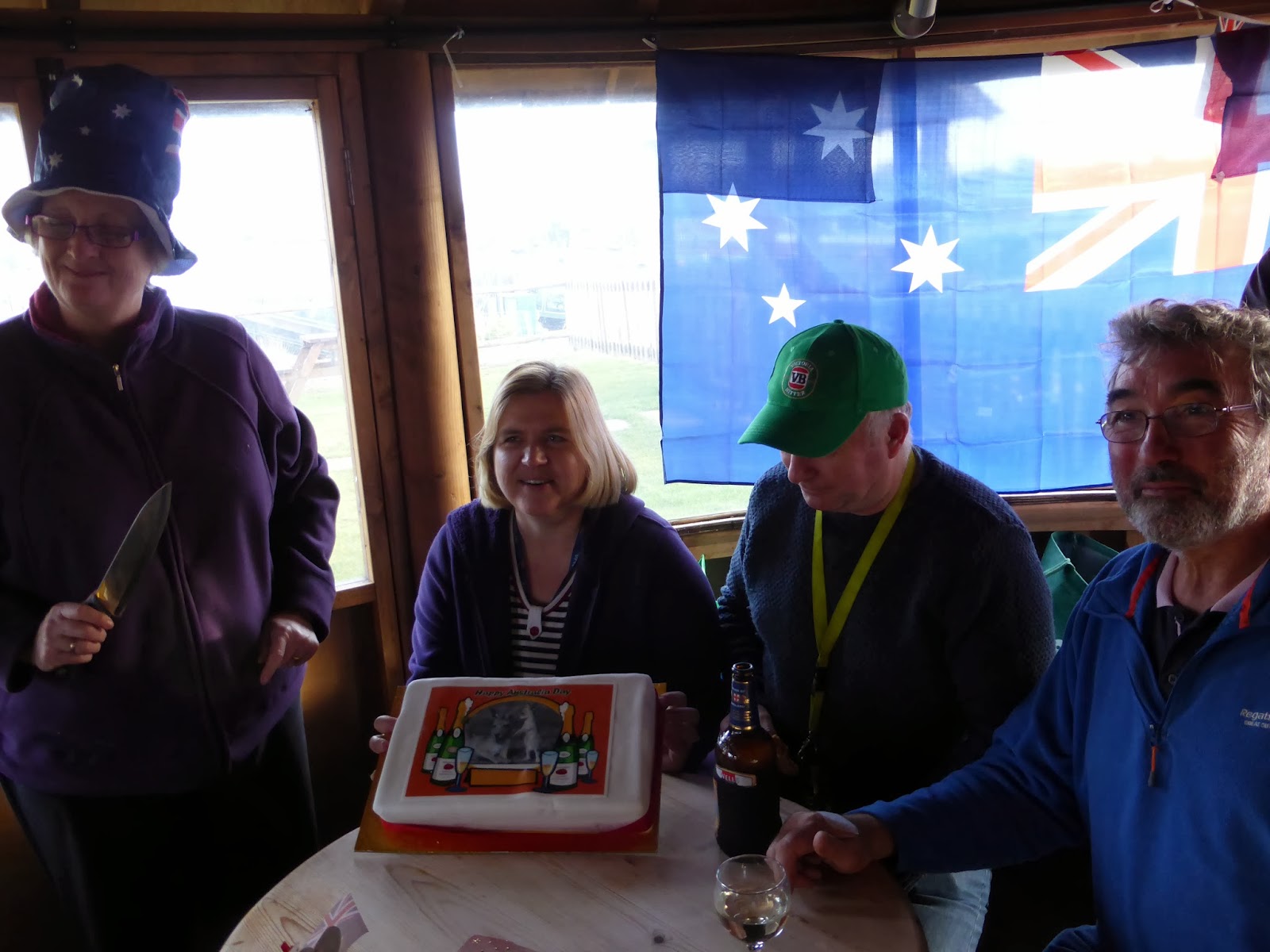 Roly and Bev commissioned a special cake for the day complete with 'Skippy' photo. Four Aussies  Diane, Elly, Paul and Ray are here at the cutting ceremony. 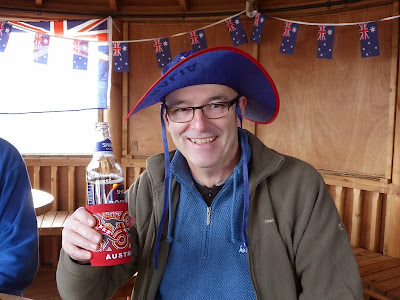 Today Tuesday, we have been into Stoke to get more coal, we seem to be using more than usual lately, and then into Stafford to order carpets and 'lino' for the floor. Apparently you don't call it  'lino' anymore it's 'vinyl flooring', how very posh. When it was lino it was a cheap option, not any more!

Lino (Linoleum) was invented by Frederick Walton in 1864, his first factory was in Staines, my home town, so it will always be lino to me.

We call it Lino at home Andy. I just thought you guys didn't use that word. I better let Australia know that we need to start calling it "vinyl flooring"!
Elly

Sounds like heaps of fun in the Marina there, fantastic!

Linoleum was the first product name to become a generic term..lets keep using it.
PS thanks for the photos

They are a friendly bunch and they like to party. We haven't met any NZ's here yet..If we do Waitangi Day is on the cards. Good luck on your enterprises.

Thanks Andy - I'll be on a facepainting workshop in Ormskirk on waiting day next Thursday! Celebrate it anyway, NZ is a lesson to the world on how to work alongside indigenous populations, it's still a work in progress but mostly a bi-cultural population, especially Gisborne where Barry is from ;-)

We'll be celebrating it a little early then ..goodo I love a pasty. Have you any cornish flags,..we could all bring tinnies.

Only one large Cornish flag Andy, but Gordon's got a Cornish Pirates rugby top