Birmingham and a World Record

After reading our neighbours blog we decided to be copycats and get the train into Birmingham and see the famous Frankfurt Christmas Market, it certainly has a German theme to it with plenty of Frankfurters Bratwurst, Schnitzel and Bier being sold at various stalls. Pretzels, chocolates, fudge, cheese, gingerbread, crepes and marzipan sweets were all very tempting...but we gave them a miss.

We did partake in a mulled wine, hot apple drink and a steak roll each.

All that was missing was the lederhosen, accordion music and wenches with arm fulls of frothy beer but that will probably come out in the evening. 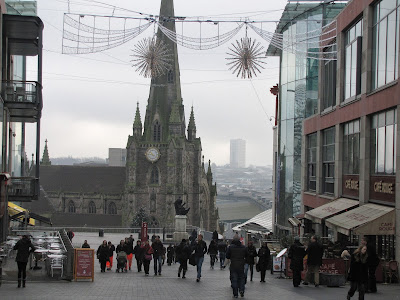 St Martins in the Bullring. 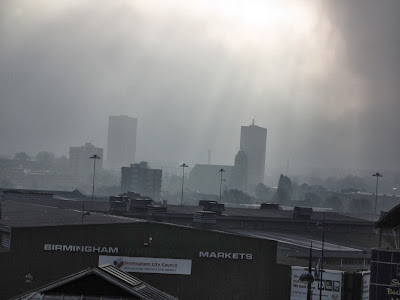 This view looked spectacular, all grey with shards of misty light...... until I photo'd it, now it looks pants. 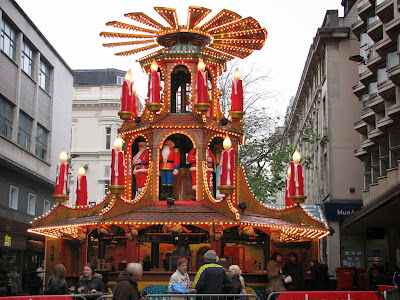 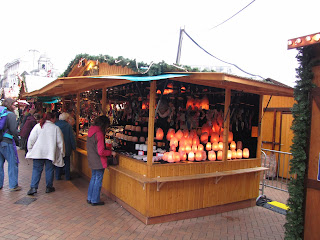 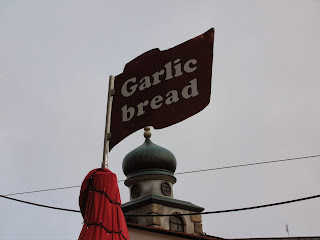 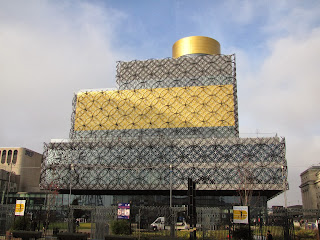 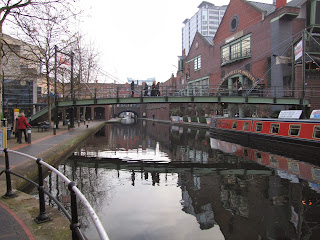 Had a stroll down to the canal at Gas Street unfortunately  the cafe boat was shut. 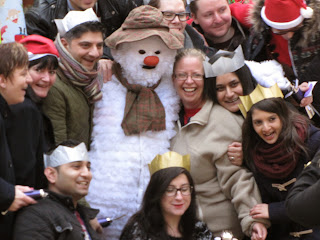 Part of the cracker team.

In Brindley Place we came across a Guinness World Record attempt for the largest group of people in one place pulling Christmas crackers, I believe they broke the existing record by 150. 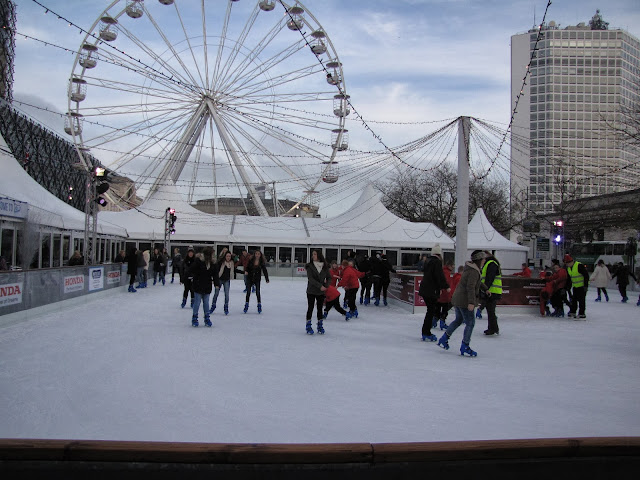 Brummies having fun on the ice rink. 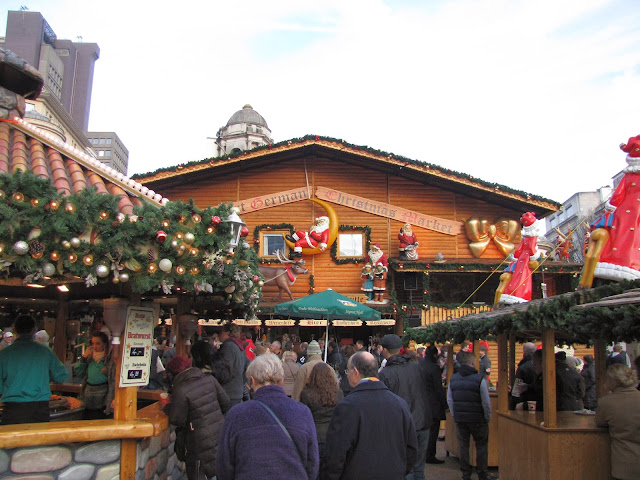 Frankfurt  twinned with Birmingham in the 70's and this market has been going for 12 years, maybe there is a Birmingham Market in Germany around this time of the year too!
Posted by Andy at 11:04