Sunday we slobbed about a bit apart from some hoovering from me and a nice Sunday roast from Sue, There was a fantastic sunset but did I get my camera out..of course not.

Monday afternoon was spent in the Royal Exchange with Dot, Gordon, Diane, Paul and Roly getting loyalty points on our Titanic brewery cards. but did I get my camera out ..of course not.

Tuesday we had a another trip out to the Uttoxeter Horse Races to try and win some Christmas cash. We had a result in the admission queue, a chap sold me his spare premier ticket for £10 which is less than half price, we bought one more at full price and we were in the premier enclosure for less than the cheap seats. This allowed us admittance to the Champagne Bar and Silks Restaurant in the Platinum Suite, prices were a bit steep in there so we had a bap from the hog roast stall and a Guinness in the Champagne Bar! 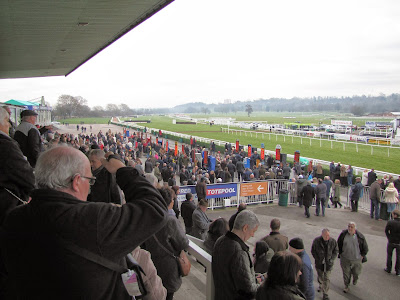 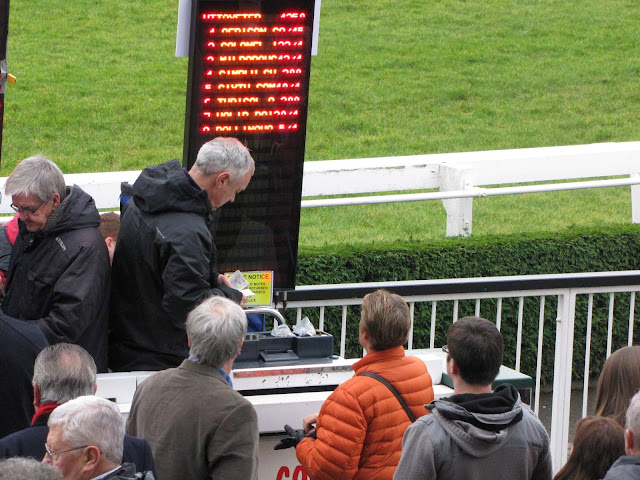 Sue picking up her winnings. 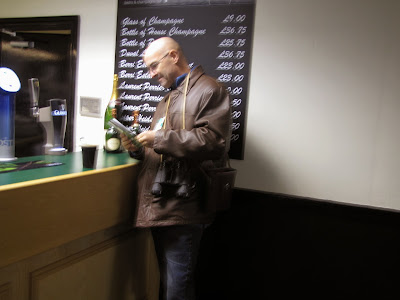 Studying the form before deciding on  a back marker. 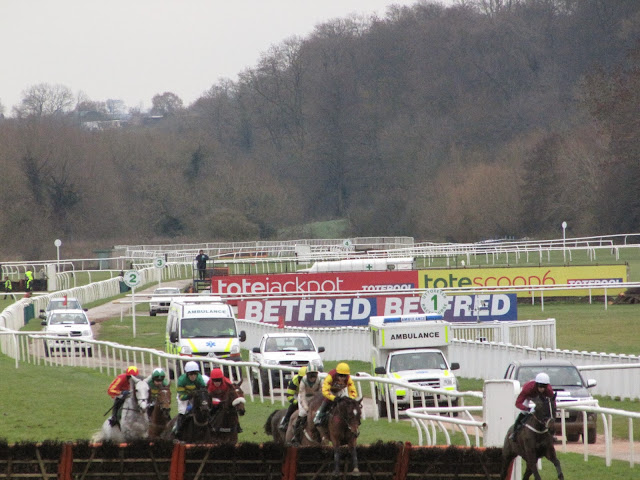 Last time we came here it rained on and off for most of the day, today it remained dry. 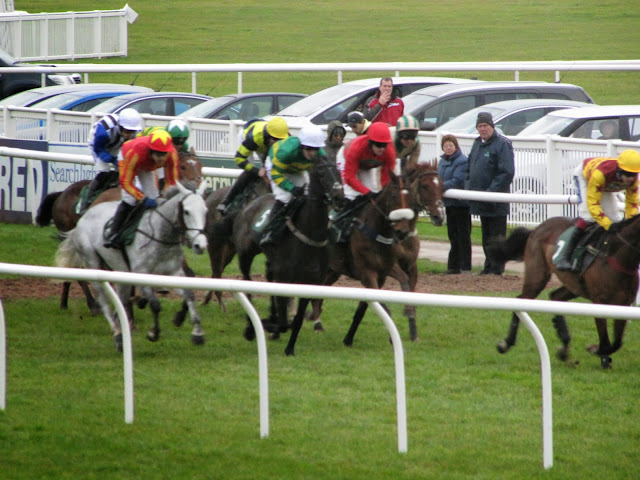 We both had one  winner and a place each. We ended up with only £5 in winnings towards Christmas... but we had a nice day out.