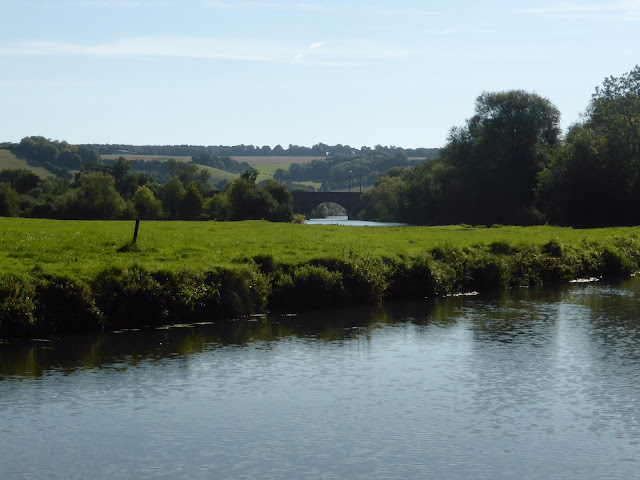 We have had a lovely quiet weekend moored on the meadow above Childe Beale Wildlife Trust. A few jobs got done yesterday I missed the 200 hour engine service by one hour. The first this year, we don't seem to be doing the mileage of previous years, oils and filters have been refreshed.

An annoying roof rustspot was dealt with to the under coat stage, I've worked out that the roof paint must be 18 coats thick in places so after rubbing down and rust proofing the patch the filler came out to make up the depth before a primer was applied.

The rest of the time was spent picking a few blackberries from the hedgerows but mainly sitting on the bank waving at passing crews. 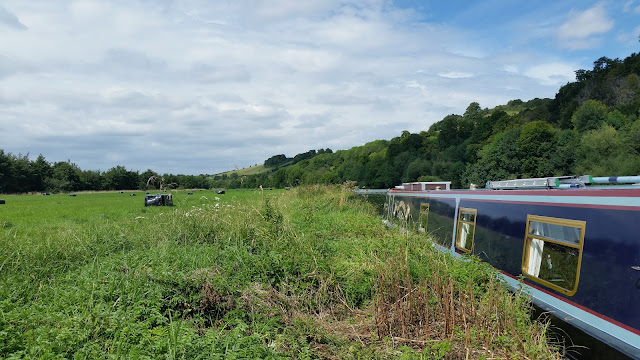 While out picking the fruit I came upon a young chap having problems with his engine on his Freeman 22. He called out to me 'do you know anything about 'injuns' . Well his luck was in I used to own one of these vessels 35 years ago, the engine in it was a Ford 105E his was a little older  Ford Popular 100E.

As I stepped aboard I couldn't help thinking back to Capricorn and her highly polished walnut interior this one was a bit dull and showing its 55+ years.

His problem was an oil leak from the breather, to be more accurate the hole in the engine where the breather should be. He'd overfilled the engine with oil, after a while the leaking seemed to abate. I advised him to stop at Sheridan marine( only 3 miles away) a Freeman specialist to find out where to get the correct breather parts for his engine.
Posted by Andy at 12:45