End of the Basingstoke

Thought we would have another go at getting to the end of the navigable part of this canal only 4 miles further west.  Not many narrowboats make it to the end of the canal, this is shown by the surprised smiles of towpath walkers we speak to.

I'm sure a few of the people we spoke to on this canal were members of the Basingstoke Canal Society, the enthusiasm with which they welcomed us to their patch was really special.

We arrived at the end with no fanfare just a lovely deep wide winding hole to turn FL and face back the way we had come.

We had an end of navigable canal celebratory lunch at the  Mill House in Odiham, a place thirty years ago we were guests of the then owners Tony & Tracey on it's opening night, it was called Blubeckers back then.

Since a section of the roof collapsed in 1932 the tunnel hasn't been open to powered craft, the tunnel is now an SSSI since a colony of Natterer's bats among others were found to of taken up residency. In fact, the whole of the Basingstoke is an SSSI apart from the bit through Woking.
The 5 miles of isolated canal the other end reaches to it's terminus and namesake Basingstoke.

At dusk we all walked down to the tunnel hoping to see the bats streaming out of the tunnel entrance, tonight they must of used the portal at the other end. We consoled ourselves with an ale and cups of tea in the nearby Fox & Goose.

A few bats were spotted in torch lights on the walk back to the boats. 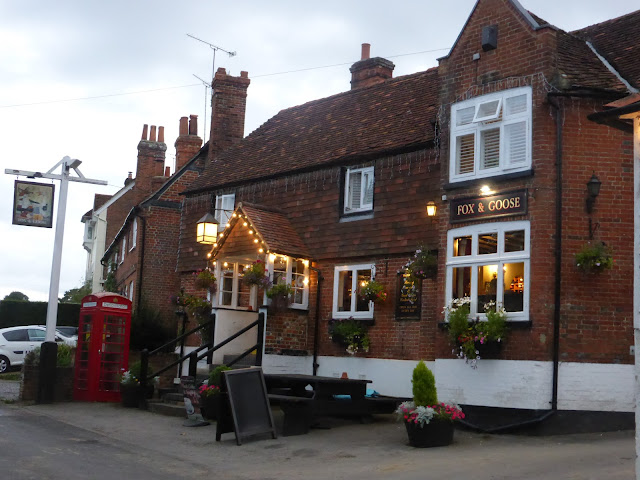 Love the photo across the basin to the Mill House, beautiful and looks soooo peaceful too. Well done to both boats and crews for getting to the end of the Basingstoke! x