Tuesday - The steel on the boats was already warming under blue sky when we set off from the bank. First stop was at Goring, Ray and I stayed aboard while the rest of the crews went to explore and use the butchers and post office.

I got out the polish to give the Kingfisher tiller pin donated to FL by Ray & Diane after I had one of those panic rope throwing moments at Eynsham lock where I whipped the rope off the tiller as the stern was moving away from the lock wall and watched as FL's pin looped over the deck and into the deep.

We stopped a while above Cleeve lock to fill the three water tanks, Ray took over the lock keeper's duties during his absence helping grateful crews through, I'm sure some skippers were wondering why the dress code standards of lock keepers had slipped.

Arriving at a packed Wallingford we got creative getting into a space against a high dirt bank, while Ray did some snipping back of the foliage and tree limbing around Ferndale's stern MH nestled against FL's flank  and we were all in. Next problem was how to get the crews off the boats with their various creaking joints & boat dog Muffin. With well aimed blows of a mallett Ray fashioned some steps in the earth bank, with the aid of a suitably positioned mooring pin and a length of rope we all managed to haul ourselves up the bank ....eventually.

The last time we visited Wallingford was in the early 90's, the only parts we remember are along the river frontage, so we looked forward to a stroll around . We all headed into town, as with all Oxfordshire Thames towns there are plenty of antique shops. The town is the location of Causton home of inspector Barnaby in the TV series Midsomer Murders, Agatha Christie lived here too, Wallingford not Causton.

We took refreshments in the George Hotel followed by a quick one in the Boathouse which turned into a long one including an evening meal.. off course I had pie, very good it was too. Back at the boats much giggling was heard as we absailed back on board. A great day with good company.


Wednesday- A cloudy day but still warm, a weather App on Diane's phone suggests this is the best day for the next month, lets hope the long range forecast is pessimistic. A cruise to Dorchester is the plan for the day


The short cruise took us up through Benson lock with RAF Benson based helicopters and red kites flying overhead, the kites are a familiar sight in Oxfordshire, an estimated 1000 pairs are now at home in the Chilterns after an initial release of 93 fledgling kites from Spain in 1989.

Above Days lock has always been our favourite spot on the Thames unfortunately the best moorings were taken but Ferndale managed to get in a space among the trees. MH and FL found a space two hundred yards further along,  as I bashed in the bow pin I found a wasp nest in the bank by the cratch, so we left the stripey terrors to whatever they do, we backtracked got the saw out to remove an overhanging limb and nestled  alongside Ferndale.

Ray stayed put while the rest of the crews walked into Dorchester passing an archaeological roman dig taking place by the allotments. Thousand's of bits of pottery and hundreds of coins have been found .... ..... those Romans were a clumsy lot who didn't look after the penny's.
Dorchester is another location for Midsomer Murders and its easy to see why, quaint buildings around every corner. 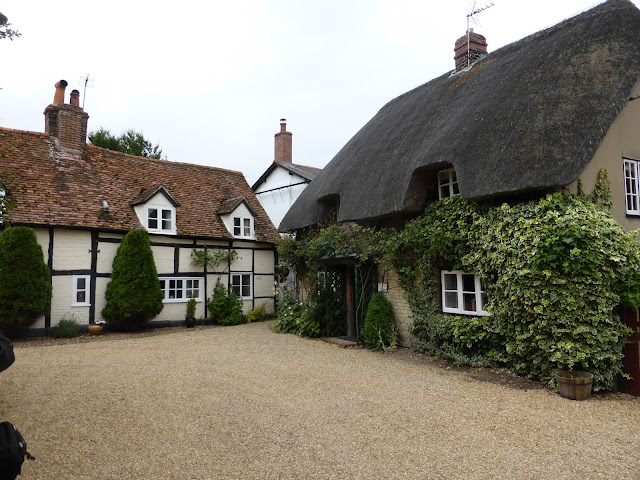 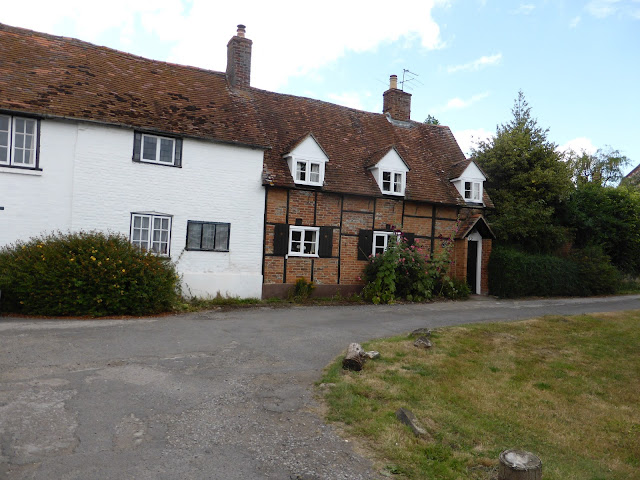 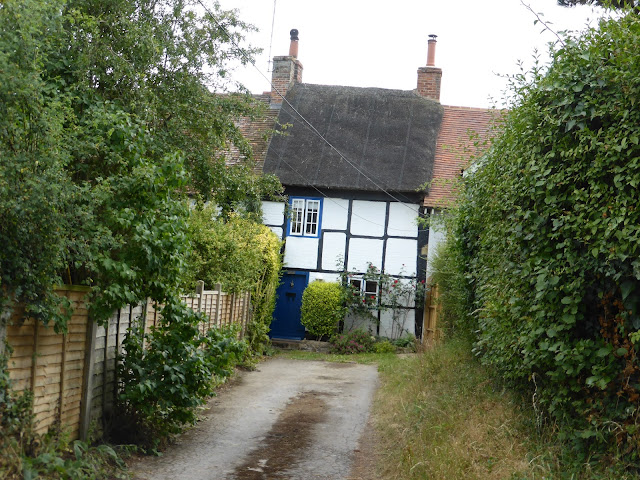 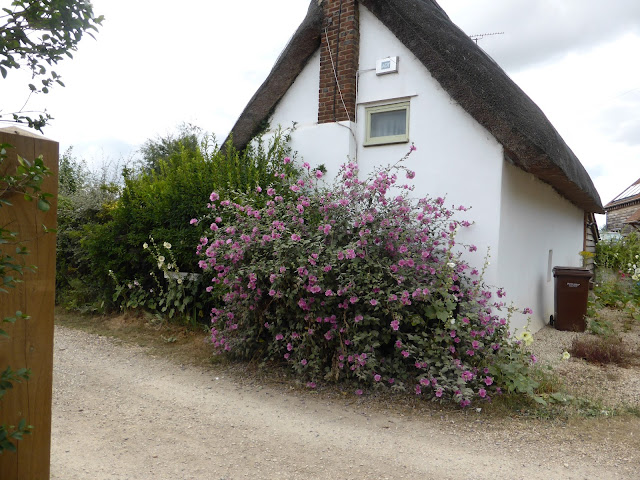 Diane picked up some walking guides at the Abbey museum and took us on a mini tour of the buildings, the narrative was informative and  easily followed even with Diane's odd penchant for having her own distinct take on some of the wordage....which involves adding 'age' to nouns indiscriminately.

After our tour Ray joined us for a walk up Wittenham Clumps for some of the best views over Oxfordshire.