Saturday - We were away first after filling the water tank above Abingdon lock, MH & FD followed on behind as we continued slowly, but it wasn't until Eynsham lock some 15 miles later that we saw them again.

We had agreed to set off at 08:00 to do a long haul as Ray was free from work commitments, a 15 mile boat journey was six hours at the tiller, all enjoyable.

Two miles out of Abingdon we passed Nuneham House which these days is home to World Spiritual Centre UK's   Global Retreat Centre. Today it was hosting a 'Peace in the Park' event.


Weather although dry was cool again, the lock keeper at Iffley lock announcing that it was " Good weather for November"

Being a Saturday there was plenty of traffic after Iffley lock, especially skullers arrowing blindly in each direction which kept us alert. Surprisingly there were plenty of empty moorings between Osney lock and the tall cruiser stopping, low Osney bridge at Oxford. The Thames upper reaches start here with wide open water and the huge Port Meadow on the east bank with grazing cattle and ponies.

Sarah, the lock keeper at Godstow lock, kept narrowboats and cruisers apart locking FL and a 27 ft cruiser separately then locking the cruiser through on it's own leaving MH & FD to come up together.

After getting FL through Eynsham lock we set the lock for FD & MH, we found a suitable spot for the 3 boats to get a bankside position 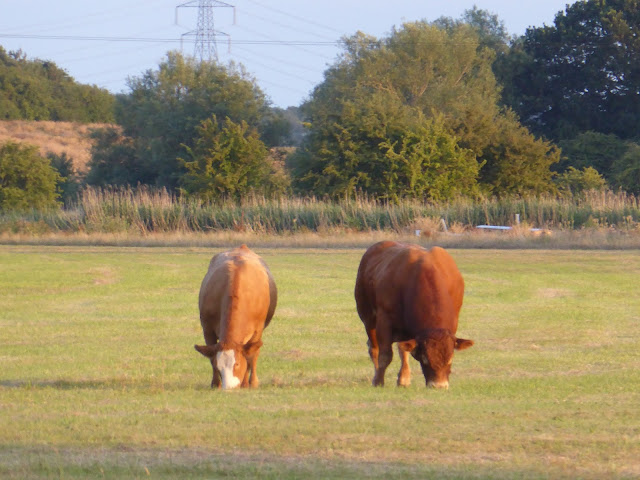 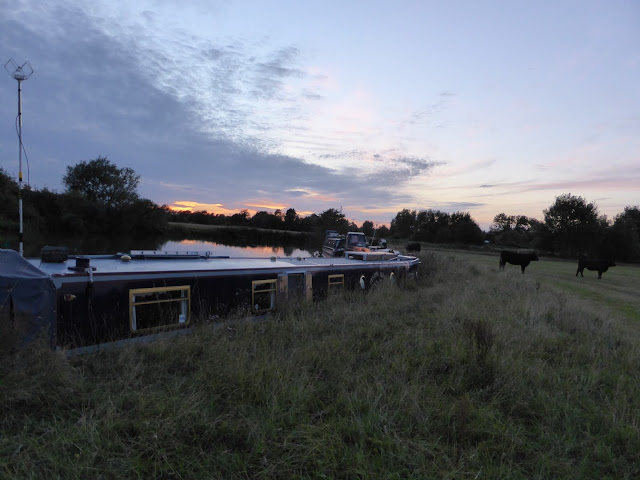 Sunday- I was up at 06:00 this morning after a wake up cup of tea I checked the weather forecast rain was forecast to start at 09:00. A quick call to early rises Ray & Diane and an early morning cruise before the rain started was decided. We left MH slumbering and set off, MH will catch up later.


The forecast was spot on, it started raining as we pulled in at Bablock Hythe two hours later, not another boat was moored here so we could take our pick. It's cold on the boat at the moment, we are very tempted to light the stove or use the central heating in late July!.....a fleece will do for now. Diane is on Sunday lunch duty today so we can warm up then. Sue reckons we had a preprandial drink in The Ferryman but I'm sure it was IPA.

16:00 we popped to the next door neighbours for Sunday roast, first it was a game of cards, a glass of Belgium beer for the guys and Pimms for the ladies. Dinner was excellent, we played a game of trivial pursuit afterwards which we graciously let our hosts win. Later back onboard FL we succumbed to the cold and the heating came on.