Ray & Diane's good friends Linda & Richard on 'Mary H' joined us for a fabulous day at the Henley Traditional Boat Festival. On the way to the Festival we dropped into the local Weatherspoons for their good value breakfast, eaten in the early sunshine on the patio.

Arriving at the show, a collection of amphibious vehicles were entering the Thames from a slipway. We strolled the length of Fawley meadow admiring the various classes of boats on show.

I always like to see the Dunkirk Little Ships, they are a favourite of ours, undoubtedly one of the stars of the show was the queen's rowing barge 'Gloriana' built to celebrate the queen's Diamond Jubilee but my favourite boat of the day has to be Lady Valletta a 45' Star class built by William Bates at Chertsey.

The sun shone and the teak gleamed under a thousand coats of lacquer, I couldn't help wondering whether some of the skippers in blazers, brogues and bow tie have ever encountered a brush with varnish on at all.... probably not.

An advantage point was found at the bank to watch the sail past which was  accompanied by clear narrative from the speaker system... all very informative.

The grand sight of the DLS sail past some with veterans and young sailors aboard  - a magnificent sight to me on the banks of the Thames .... but what a glorious sight they must of been to the forces stranded on a 1940's Dunkirk beach.

The only disappointment of the day was the technical difficulties that Malcolm Cambell's restored 'Blue Bird' suffered before it's scheduled 17:00 run.

Later in the day, at 22:00, we all assembled atop Henley Bridge to watch the illuminated sail past, where we enthusiastically clapped the few boats that took part . 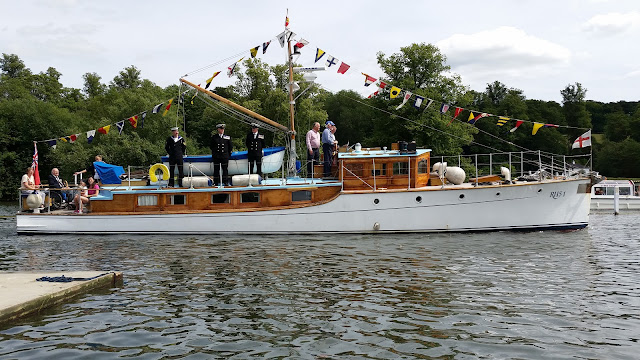 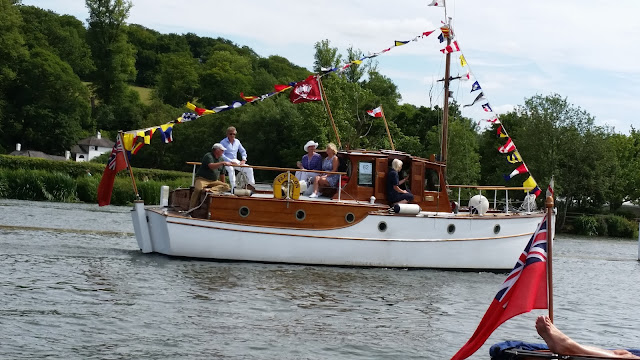 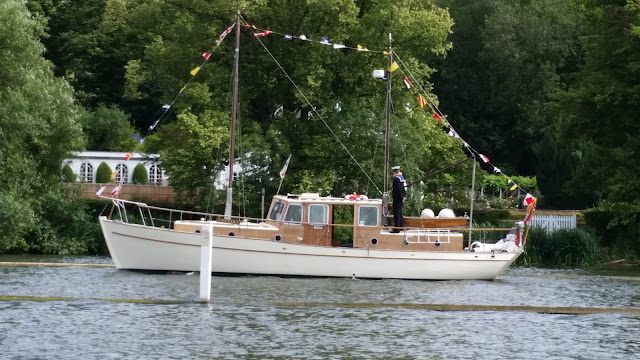 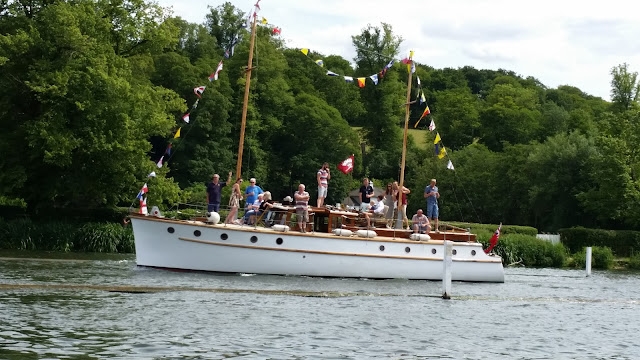 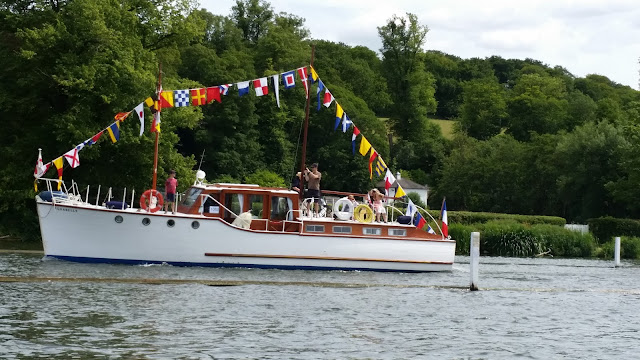 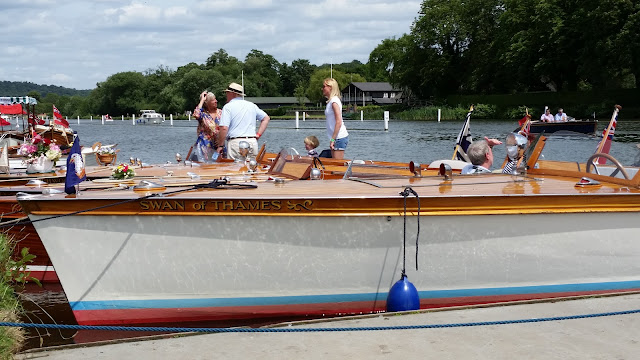 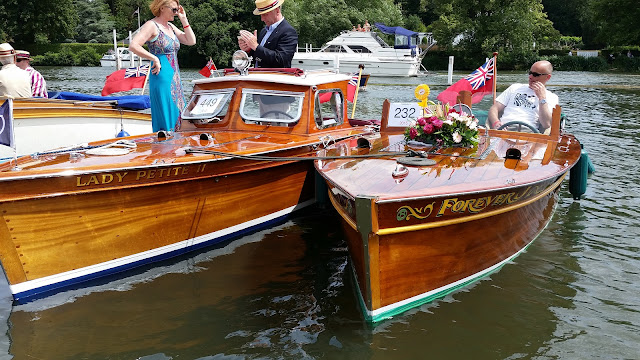 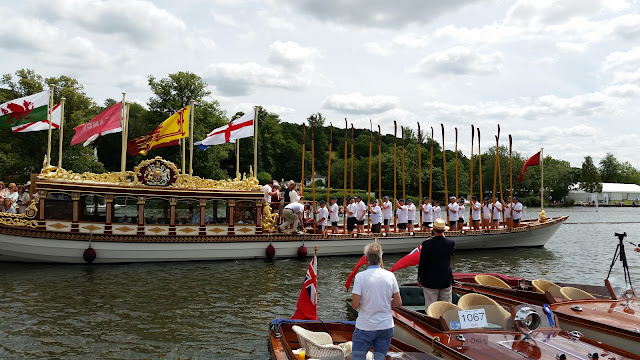 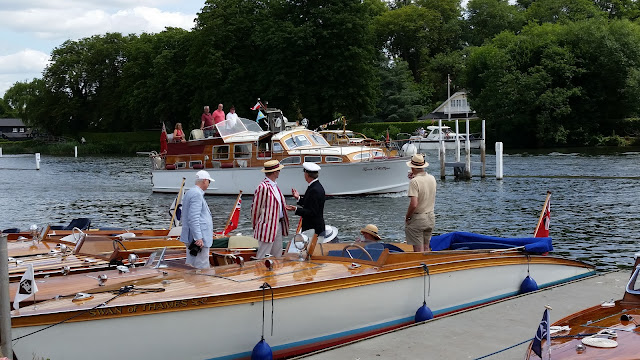 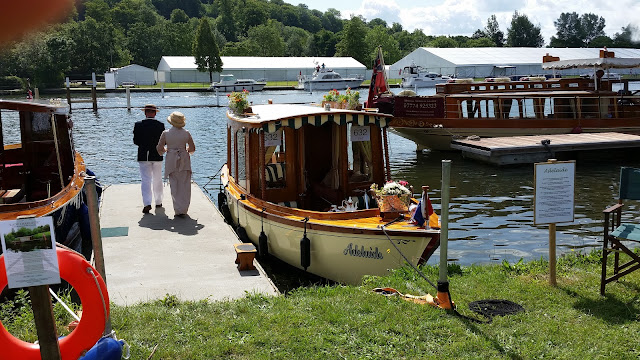 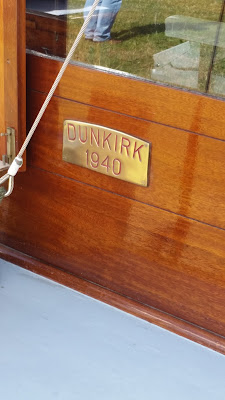 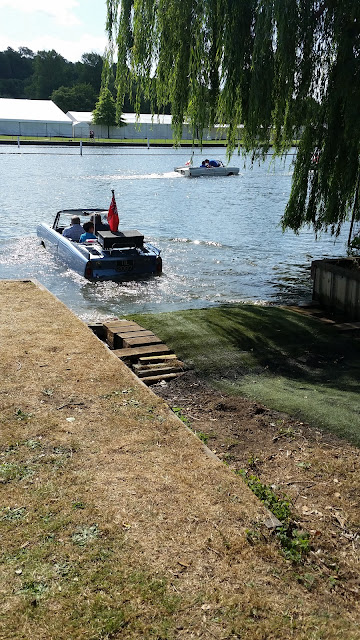