Dry day when I got up to deliver cups of tea to either end of the boat to a sleepy crew, Sue got spoiled with breakfast in bed, a bagel from a batch that I made yesterday, with some boat made marmalade (not FL but from Ewn Ha Cul), I made myself a bacon bagel...........  Tuttsey got up and made her own.

Heading off to Haywood Junction it was dry but fleece weather - for me anyway - other crews around seem to make do with t-shirts only. At the junction the water point had two boats on it with four other boats waiting. Sue hopped off with a bag of rubbish and jumped aboard at the bridge ole after the turn.

So a busy start to September which continued at Hoo Mill Lock where we were fouth in the queue to ascend. Once through we did the next pound on tick over, at Weston lock the last of the queue were entering the lock as FL pulled on to the landing.

We moored FL up below Salt Bridge (82) and walked to the Holly Bush for lunch. It's much easier getting Wrinkly to exercise when there is a glass of chardonay at the end of it. 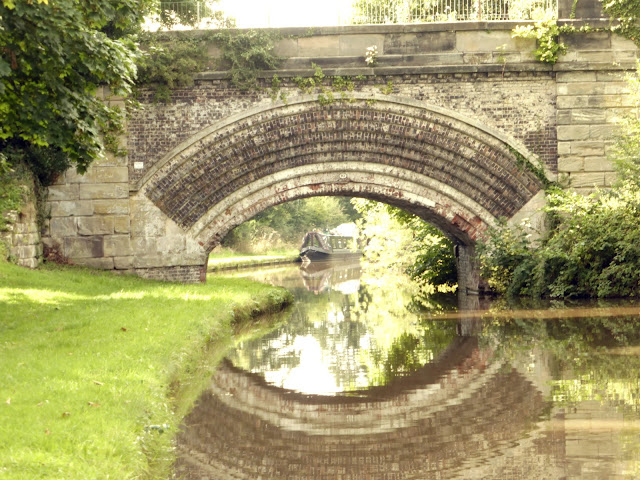