While the water tank filled we washed the port side and roof, these new cycle paths throw up an awful amount of dust. As did the two motorcycles using the tow path as a short cut just after midnight.

There is a scruffy bunch of long term moored boats with accumulated rubbish opposite the water point on the Coventry but around the corner on the North Oxford the long termers are all well kept craft with neat gardens.

Too early for any Greyhound patrons as we turned onto the North Oxford canal through the shallow stop lock. Though there are many electric pylons in this area, the coal power station is long gone, there are plans to turn the Longford power station site into a 225 berth marina - planning was granted in 2014 and is in place for three years so they better start digging soon.

Not long after the turn the landscape is agricultural with shallow valleys and woodlands. 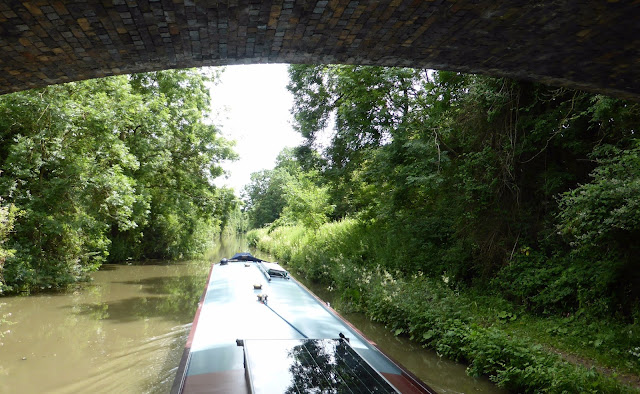 We passed a lot of traffic today, possible heading away from the boat festival at Braunston. 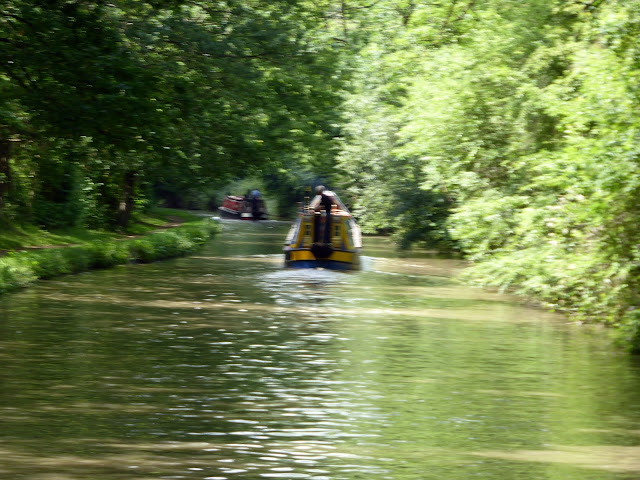 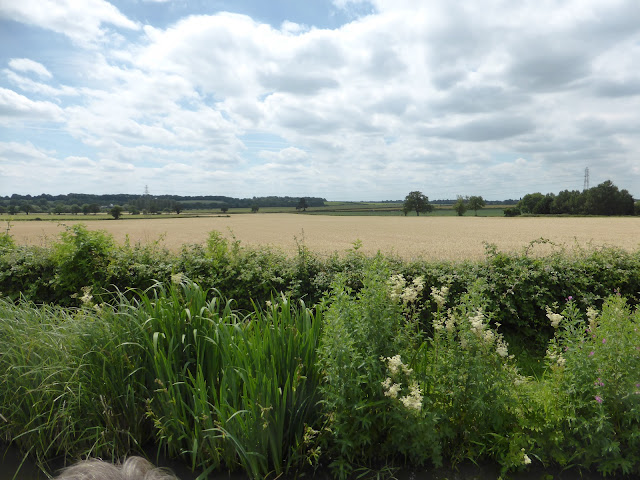 The swing bridge at Rose narrow boats Stretton stop was open so we cruised through.We observed the hire fleet were all single file which made a change from the last time we passed through here.